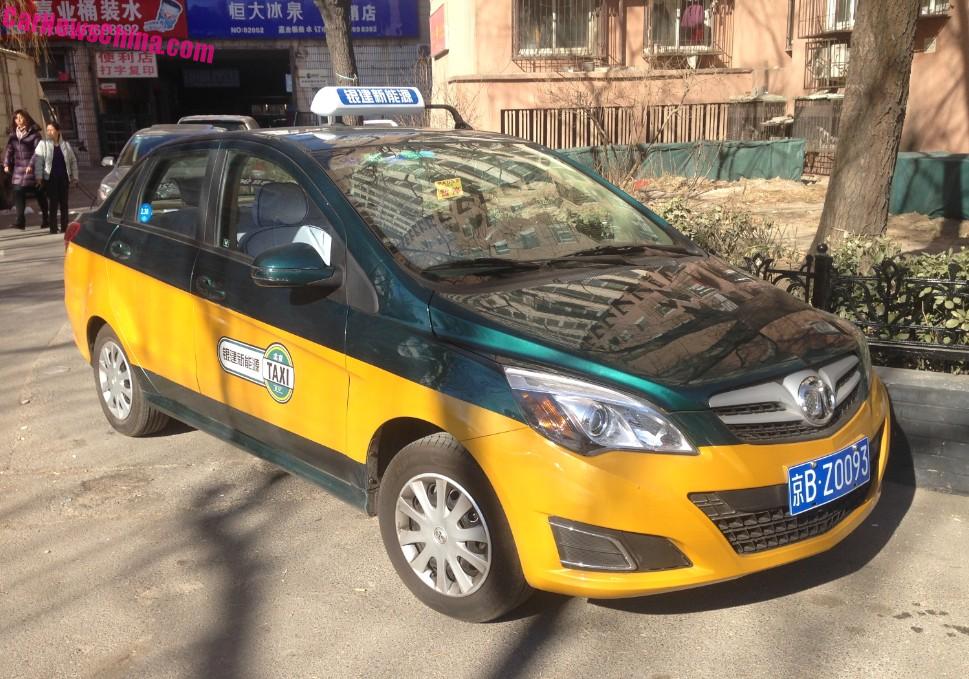 The Senova EV200 electric taxi is part of a pilot project consisting of 500 cars that will be put to work in the southern suburbs of Beijing. The project is a continuation of a similar scheme with 200 Beijing Auto E150EV (the predecessor of the EV200) that started last year in the north eastern suburbs.

The new project was announced on the very last day of 2014 but it hasn’t officially started yet. The example I found in Fangzhuang is probably one of the first cars to hit the road.

Typical blue-white seat covers as can be found in zillions of taxi’s in the capital. Super cool drive-selector on the center console. The EV200 taxi has the same power train as the EV200 hatchback: an electric motor with an output of 72hp and 180nm mated to a 30.4 kWh lithium-ion battery, which is  sourced from the South Korean SK Group.

Top speed is 125km/h. Range is max 200 kilometer. Beijing Auto says range can be extended to 240 kilometer when the vehicle is driven ‘economically’, which means not going faster than 60 km/h, which should be perfectly possible when driving within the city. Charging on 220V takes eight hours for a full charge, charging on a fast-charger takes 30 minutes for 80%. 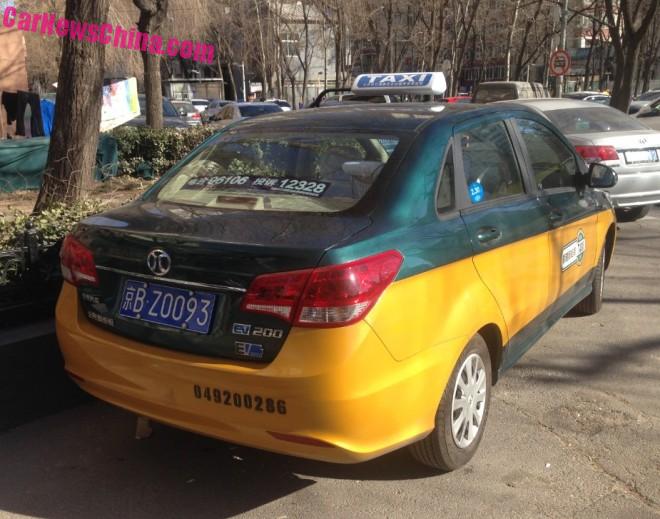 Color scheme is the same as all taxis, which is a bit of a shame. An electric taxi should stand out, painted in froggy green or light blue. 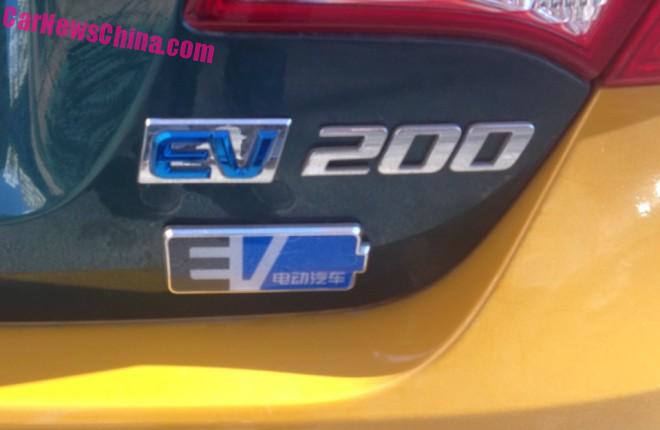