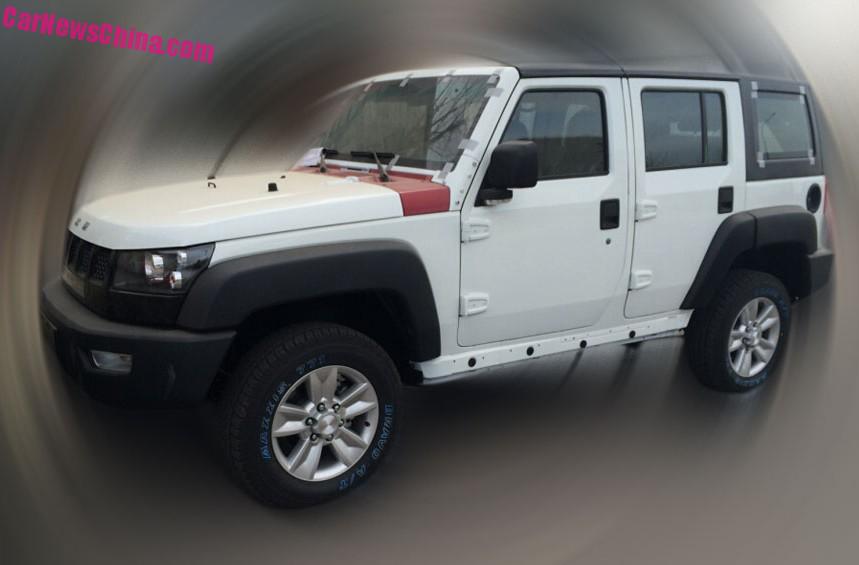 Dash exactly the same as the B40. 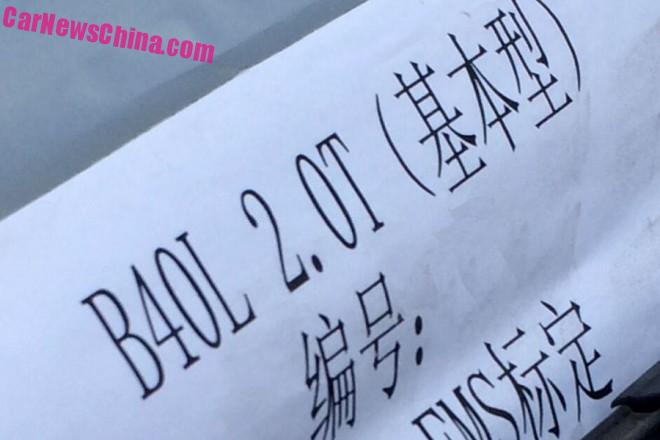 More new news! The BJ40L, which is called B40L internally, will be available with a four-cylinder 2.0 turbocharged petrol engine, and the BJ40 will get it too. We have been hearing about this engine since 2013. It is not the Saab 2.0 turbo that serves in various Senova-branded cars, but a unit developed by Chinese company Shenyang Starlight. Output is 195hp and 265nm, sending power to all four wheels via a five-speed manual. The base engine will remain the 2.4 liter four-cylinder with 143hp and 217nm. 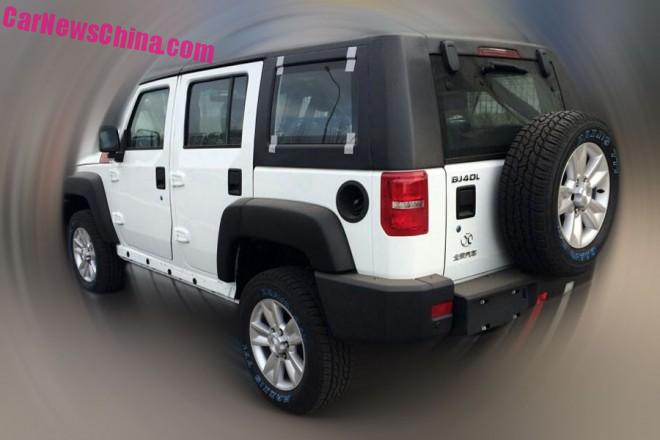 Wheels seem on the small side but… 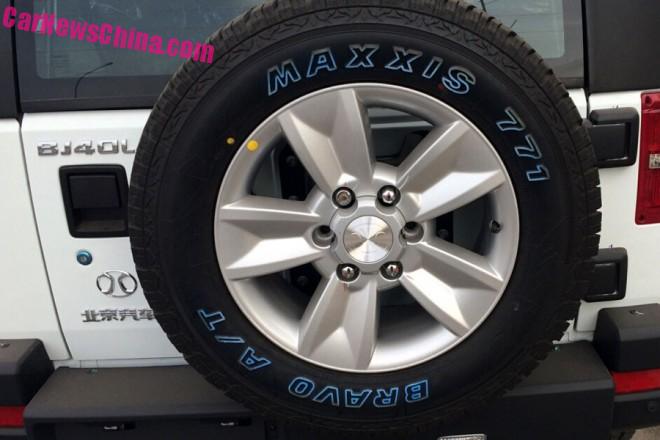 … blue lettering is cool. BJ40L badge on the left.