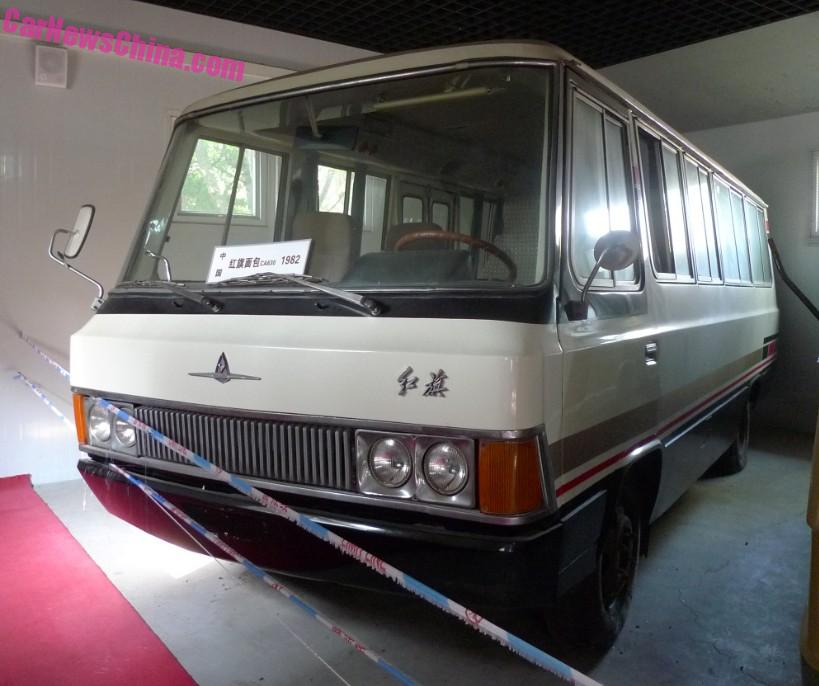 Today in China Car History the massively impressive Hongqi CA630, a VIP minibus from China powered by a big V8 petrol engine. The CA630 was born in the great year of 1980 and lived on until 1987. The bus features a heavily chromed grille flanked by two headlights on each side. The white blue example on the first photo dates from 1982. I found her in near perfect condition in the Dalian Classic Car Museum. 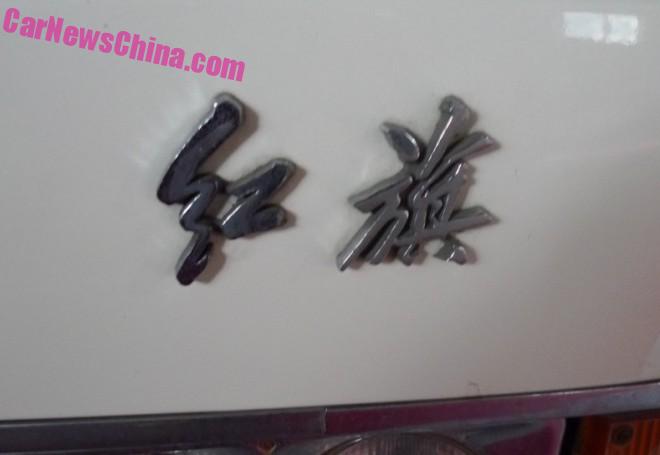 The CA630 was designed for VIP transport. Intended customers were the Chinese central government, local governments, state-owned high-end hotels, and state-owned high-end travel agencies. The CA630 could seat a maximal of 19 people including the driver and a guide, depending on configuration.  The V8 engine has a capacity of 4.52 liter and an output of 165hp. Transmission is a four-speed manual, sending power to the rear wheels. Top speed was rated at 100 kilometer per hour. 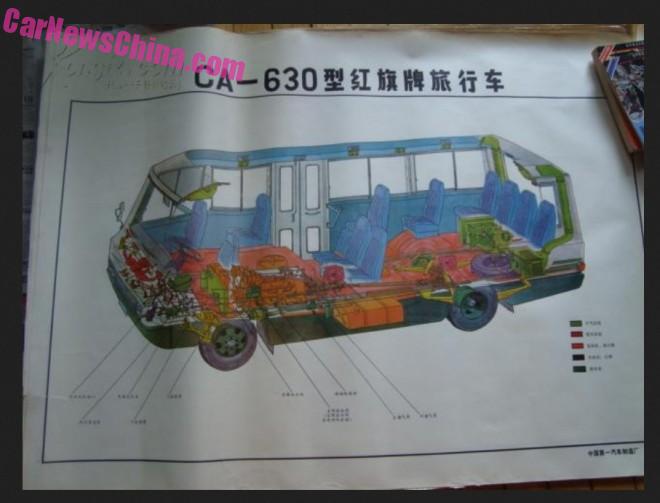 A period diagram. The engine is located just behind the front axle. 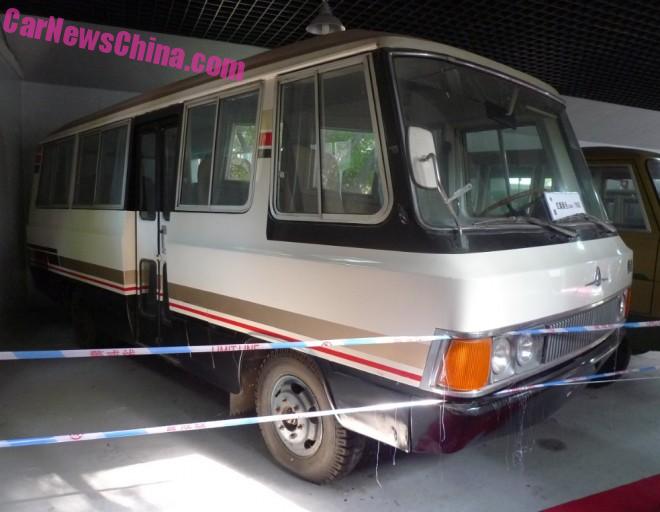 Brilliant 1980’s paintwork! White with blue with brown with a red stripe and more blue again. Note red blue stripes on the B-pillar! Door sits in the middle of the right side and opens to the outside. Drivers’ door is located on the left. The windows are surrounded by chromed window frames. 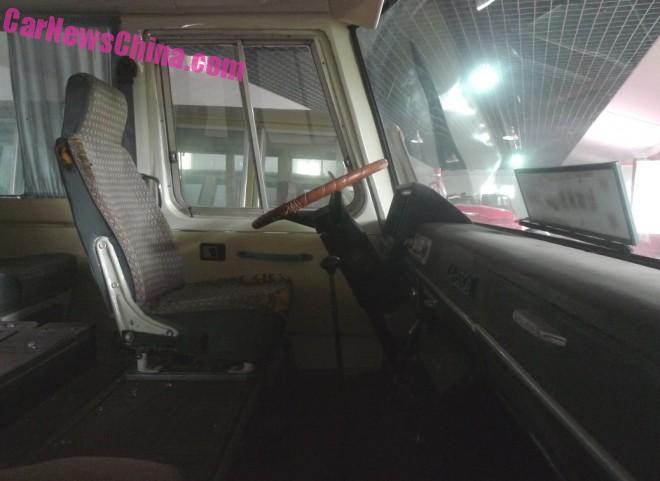 The interior was sadly a bit of a mess. Dusty and dirty with worn out seats. Steering wheel in truck position and a gear lever reaching for the heavens.

As usual there were many variants of the CA630. Happily, we know them all:

The vehicle on the first set of photos is a CA630A, with aircon!

There was also a CA640, an extended variant stretched by 1.3 meter for more seating capacity, 21 seats in base form, but that variant appears to be extremely rare, I have never seen one in any museum or junkyard. The two compared on period factory photos: 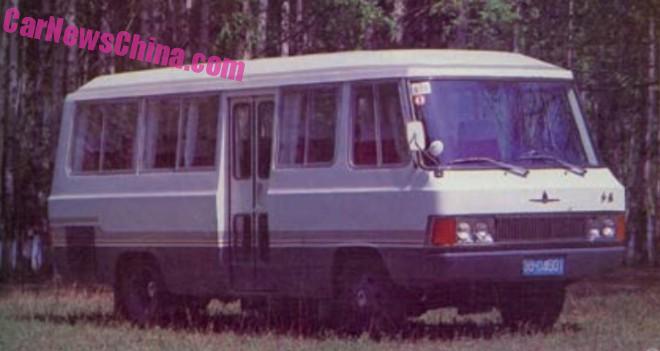 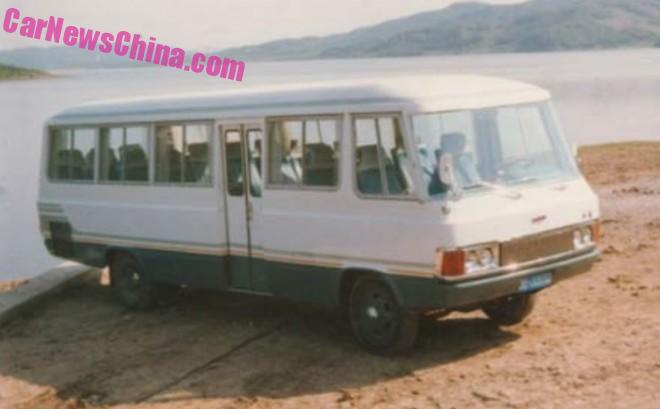 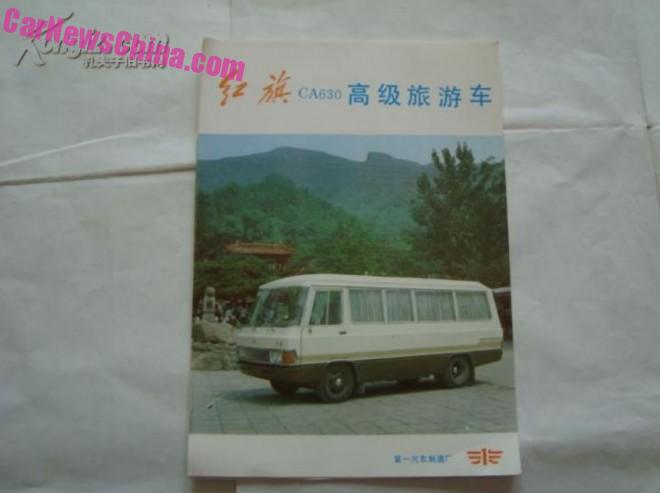 Period brochure for the CA630, seen here with curtains. Note winged-one FAW logo on the bottom-right. 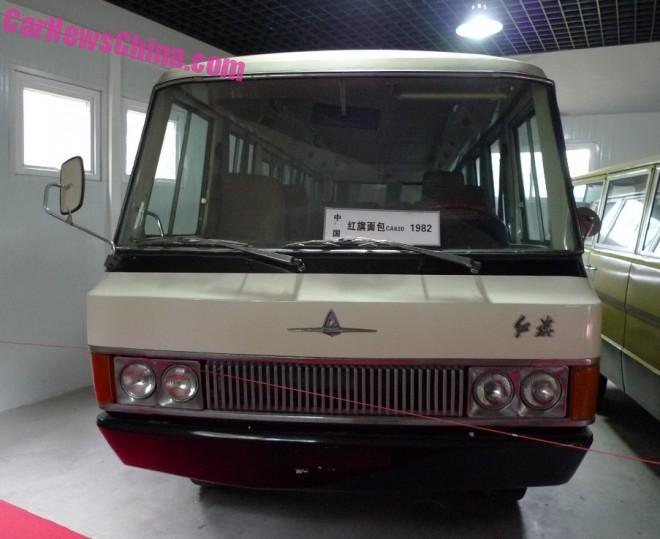 The Dalian Classic Car Museum had three CA630’s. I sadly say had because the museum is no more. I went there in 2010 and 2012 and all was well. I went there again in 2014 just to find the gate closed, the building abandoned, and all cars gone. Later I learned that the famously crazed owner of the museum had killed his brother, was arrested, and given a suspended death sentence. Police confiscated the cars and  nobody knows where they are now. A sad end for a beautiful place, located in an old Russian-built army barracks in the Lushun area. The collection numbered about 100 cars and trucks and 50 bikes. 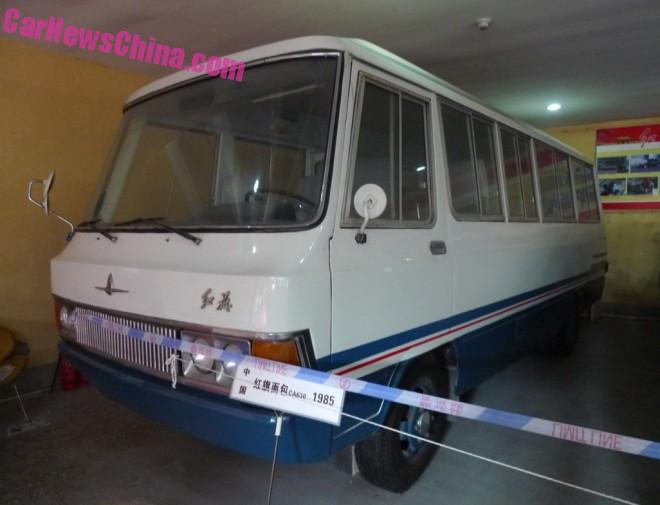 This is the second CA630 in Dalian, an incredible clean 1985 model. Painted in a very simple scheme; a largely white body with blue red stripe and blue below. Alloys are painted in blue as well. The heavily chromed grille was designed to mimic the grille of the Hongqi CA770 state limousine.

Badge in top shape too. Red flag with a blue background and a silver pole. 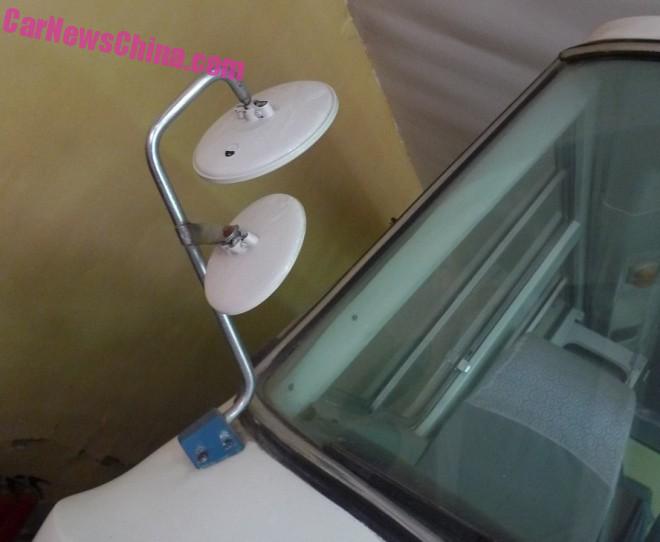 The complicated right rear-view mirror is a work of art. 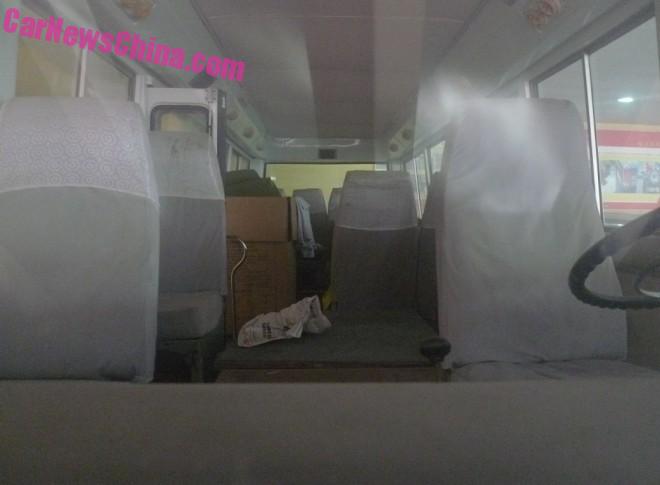 And again the interior was a mess! The little cleaning lady clearly didn’t clean inside… Seat covers look as old as the car itself. Seat arrangement seems standard 19. 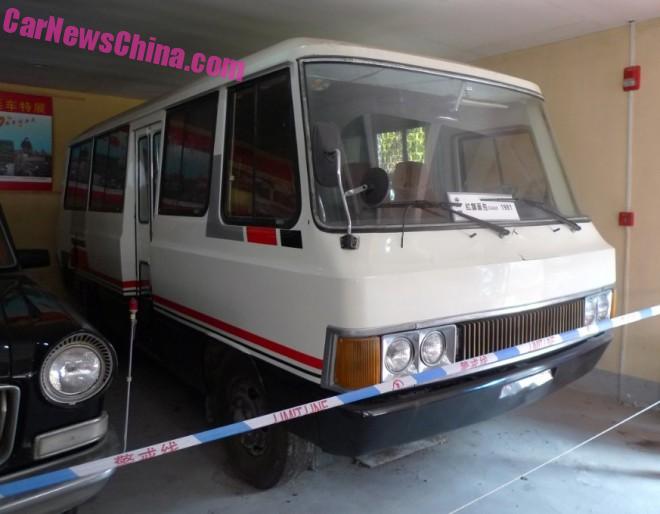 The third Dalian CA630, an early 1981 example.The mirrors are made of simple black plastic instead of metal. Hongqi badges removed, how criminal such crime! Color scheme comparable to the first car, white red stripe blue stripe and blue, with gray red and blue on the B-pillar and under the window. 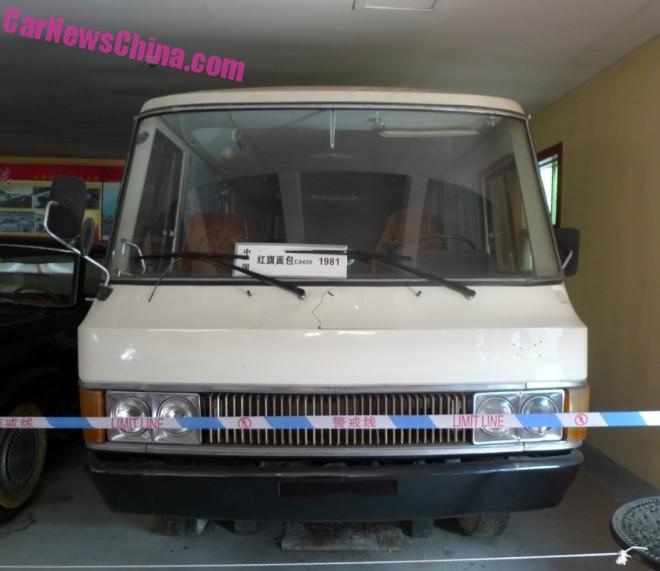 Main mirrors are square shaped instead of round. 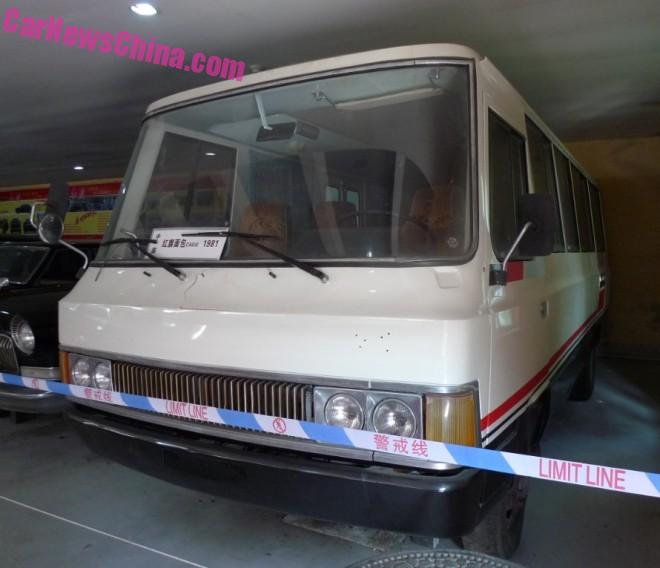 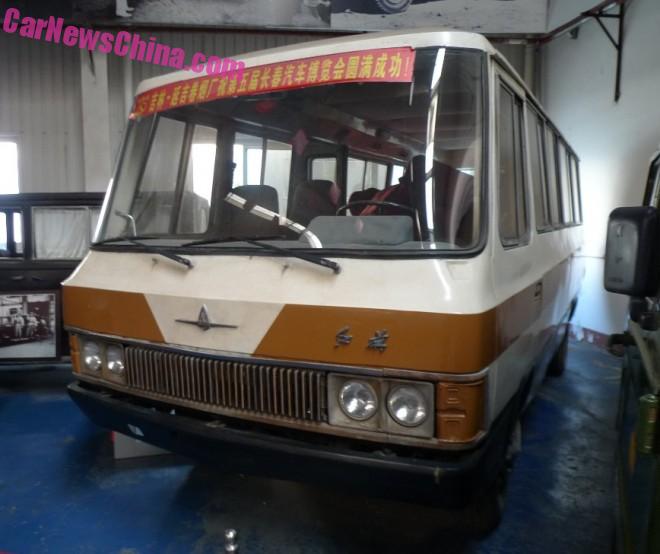 Back now to Beijing to the brilliant Beijing Classic Car Museum. Privately owned like the late museum in Dalian, and the owner is a well known madman too. He got so crazy about collecting that his wife divorced him, kicking him out of the house, forcing him to sleep in the museum. The place has about 150 cars, all in poor condition. The lone CA630 however is in a reasonable shape, and painted in a turbo 1980 scheme: 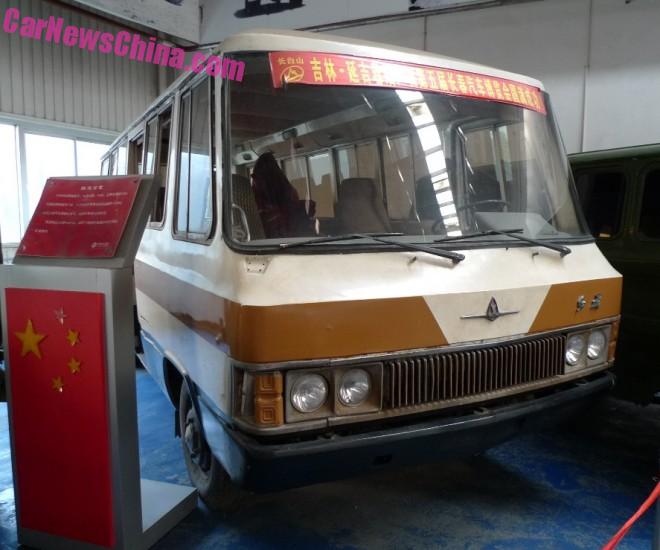 A dark shade of white with brown, in V shape flanking the badge and even the grille is painted blue. No need for shiny for this bus company, apparently. Mirrors have fallen off, but looking back in a museum is like looking back in time, and who really needs a mirror for that? 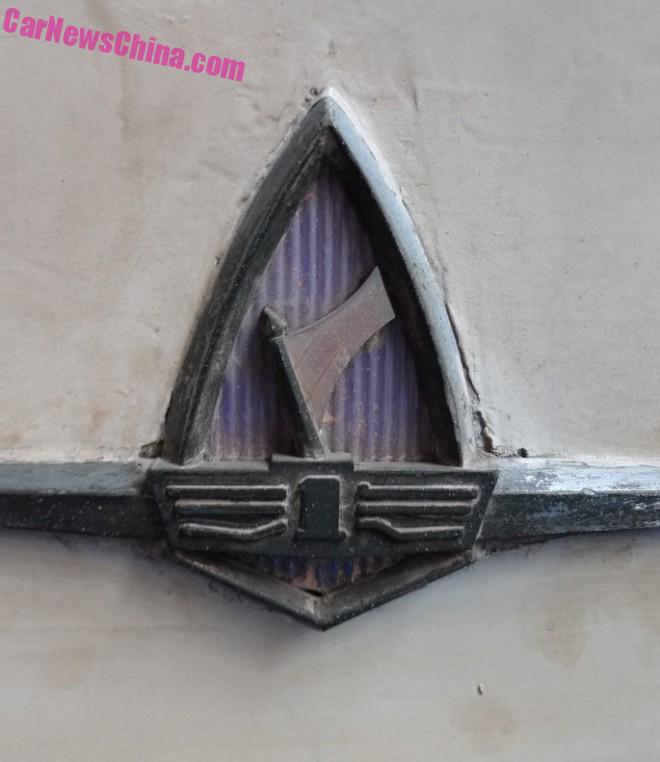 Rotten and rusted; looking the best of all..?

More from the museums soon later!