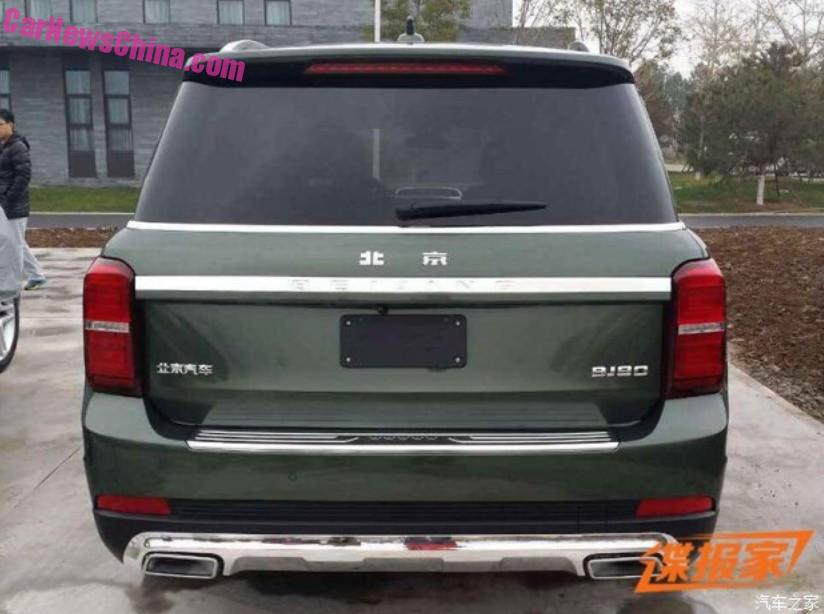 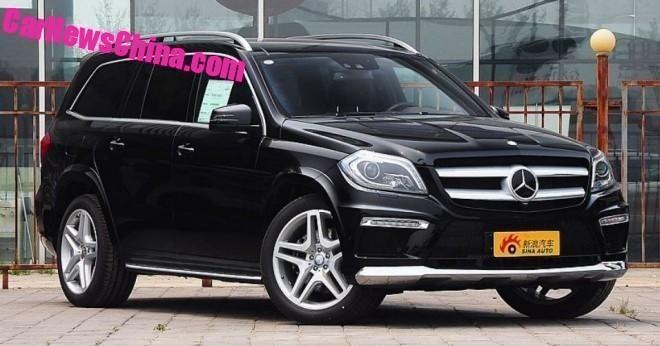 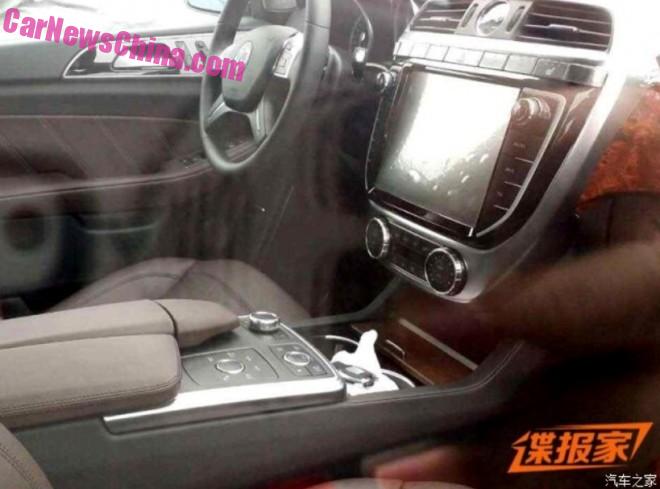 First photos of the interior! Beijing Auto kept some Benz and added some of their own, like the giant touch screen and the wood bits. Analogue clocks between the air vents. Seats in light brown leather. Wide center tunnel with techy buttons and dials. 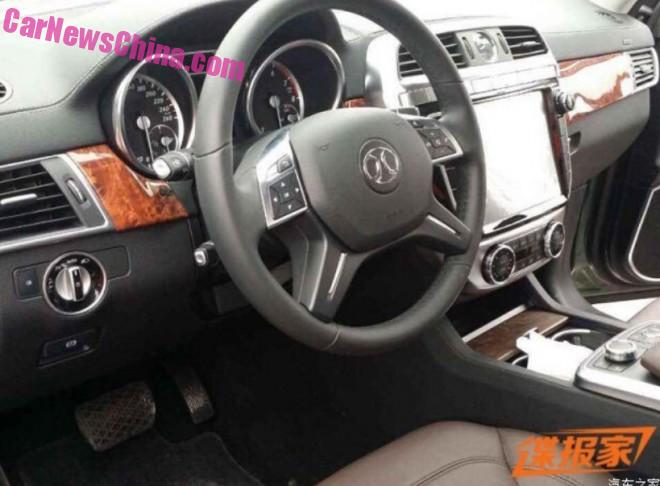 Steering wheels looks a tad too cheap compared to the rest of the place. Wood panels on each side of the binnacle. 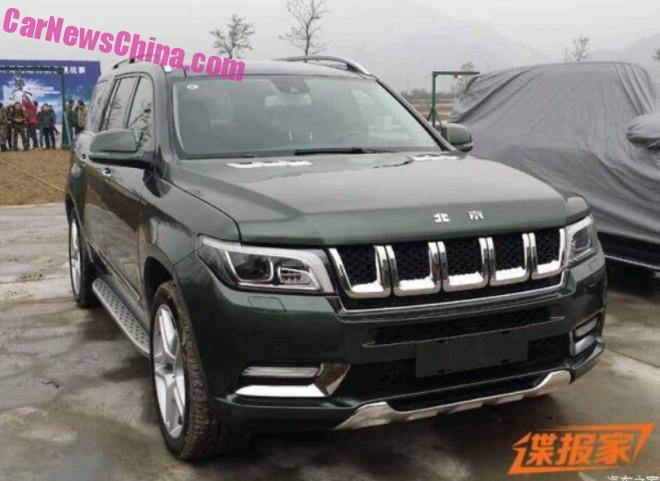 Massively chromed grille, with more chrome around the LED fog lights, and a skid pad under the bumper. Characters on the bonnet are Beijing. 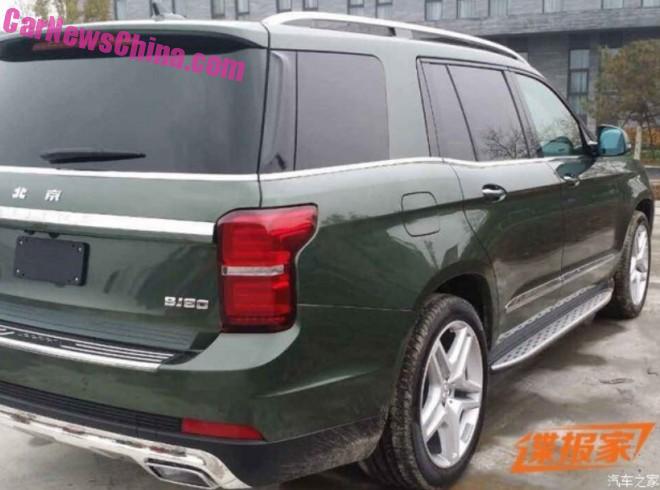 Chrome strip connecting taillights, chrome strip under the windows rear and side, and the lower bumper is completely shiny with the pipes inside. 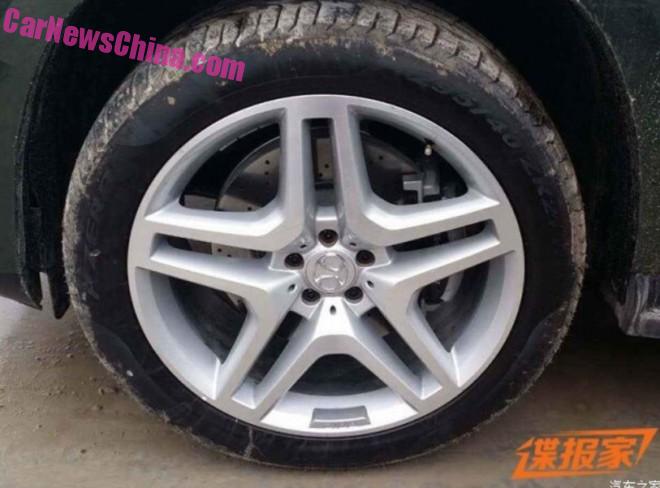 The alloy is very Benz-like too, with the Beijing Auto logo in the center. 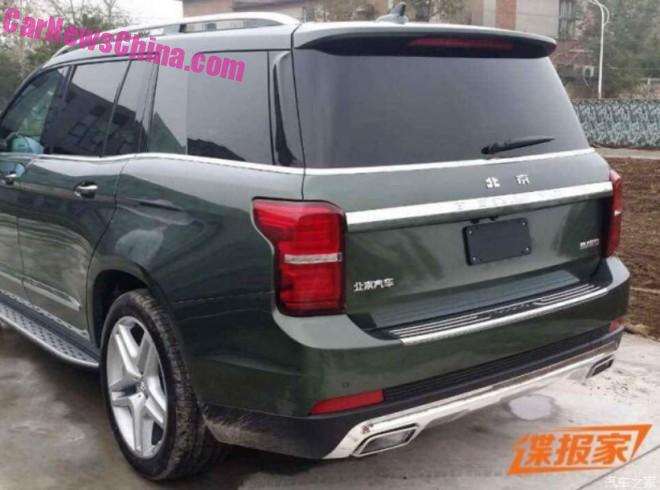