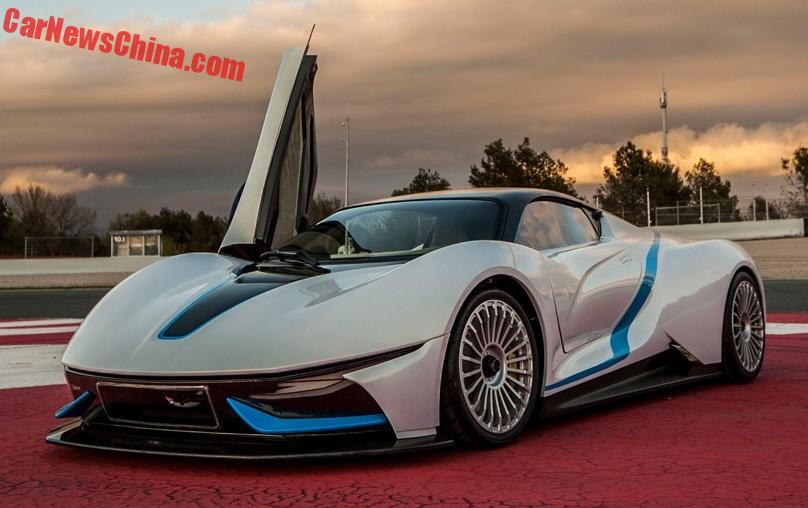 Beijing Auto has released the first official photos of their electric supercar concept that will debut on the Beijing Auto Show next month. The yet nameless vehicle will have a range of 300 kilometer and will go from 0 to 100 in only 3 seconds. It looks absolutely stunning, featuring Lamboo doors, race wheels, and a blue ribbon line over the sides (blue = the new green).

Looking very racy from the rear as well, with a large wing on the back. White alloys go very well with white blue body.

Top speed is claimed to be 260 kilometer per hour. It will  have three driving modes with varying ground clearances: racing (80mm,) comfort (100mm), and economy (120mm).

The supercar will be a fully functional and drivable vehicle. It will be based on a NextEV Team China Racing Formula E racecar.  managed by Campos Racing.

NextEV Team China Racing (web) is a team with close connections to China. It was founded by the Chinese Ministry of Sports when Formula E was still a country-against-country cup, then called ‘A1 GP‘. It is currently led by Steven Lu and managed by Campos Racing. Their current car, the ‘Spark-NextEV TCR FormulaE 001’ has been designed by Campos Racing.

The FormulaE series is tightly regulated. Max output of the electric motor is 270hp. The cars can go from 0-100 in 3 seconds, same as claimed for the Beijing Auto supercar, and have a top speed of 225 kilometer per hour, which is 45 km slower than claimed for the supercar. 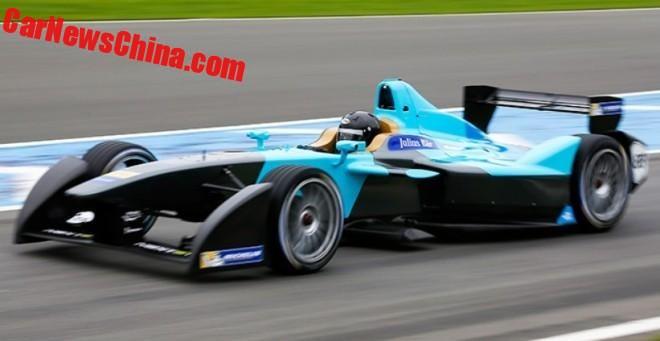 All in all a very interesting project, even more so because it will be based on an existing platform. It won’t be road legal but who knows, maybe Beijing Auto can sell some as track-only cars, which would surely give their electric car program a giant attention and marketing boost.

The Beijing Auto concept is the latest in a string of new Chinese electric cars and electric supercars or proposals therefore, including the ZhiChe Auto SUV’s, TechRules GT96, Windbooster Titan, Qiantu K50, the Thunder Power, and the controversial Youxia One.