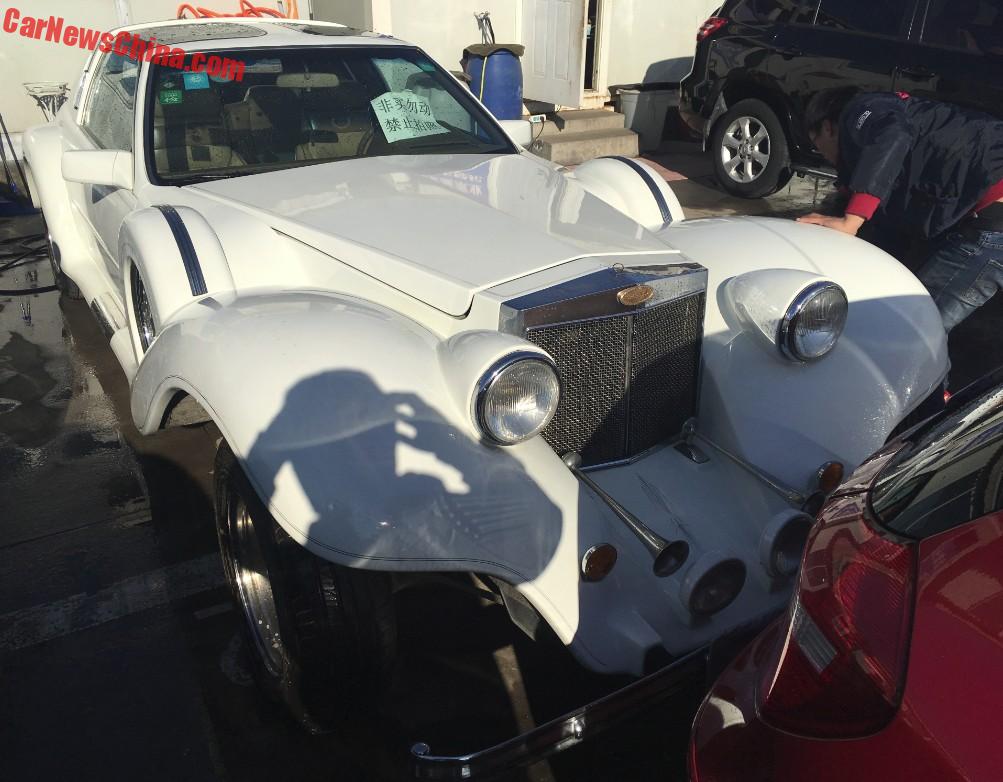 China might have classic wedding cars but the United States betters that with neoclassic cars; shiny retro sleds that were popular in the coke-fulled 1980’s. One of the most famous neoclassic  car makers was Spartan, and here we have a beautiful white Spartan II Phantom Coupe, Spotted in China on a car market in north Beijing. 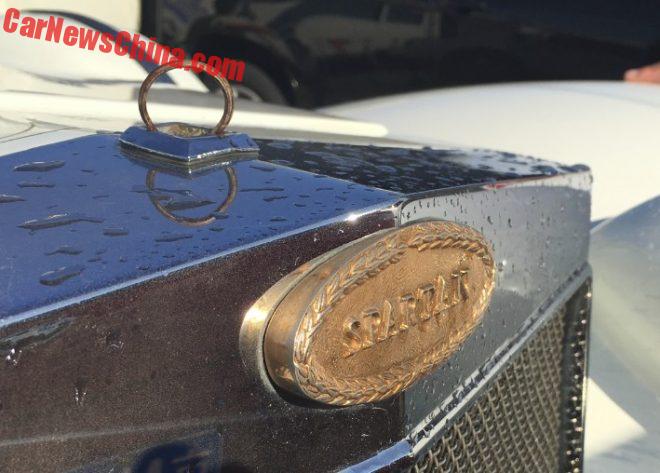 The Spartan II Phantom Coupe was manufactured by Spartan Classic Motors based in San Marcos,California. Production started in 1983 and some 300 examples were made until the company went bankrupt in 1989. The Spartan II was a kinda famous-people car; buyers included celebrities such as Eddie Murphy and Joan Collins. 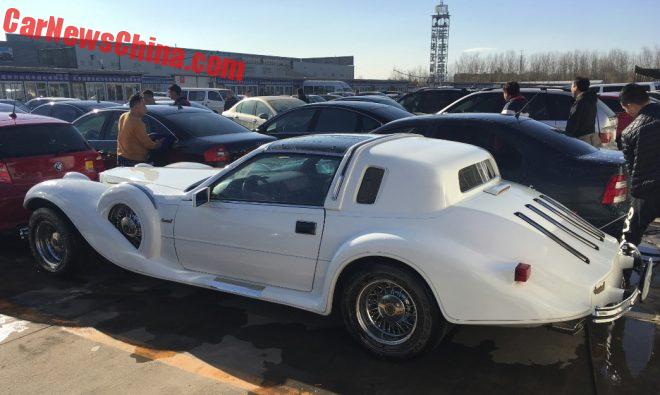 What a fine looking vehicle it still it! Gorgeous lines, crazy chrome, and I just love those tiny tiny rear lights.

The Spartan II It was available with a fixed roof or with an ultra cool T-bar targa roof, like this car. The the Spartan II was based on the platform of none other than the much-loved Nissan Z-series.

Both the 280ZX and 300ZX were available with a T-bar targa roof, and Spartan simply copy-pasted the windshield and roof section. The platform of the 300ZX was slightly bigger than the platform of the 280ZX, but wheelbase was the same so Spartan didn’t need to change much on the body. 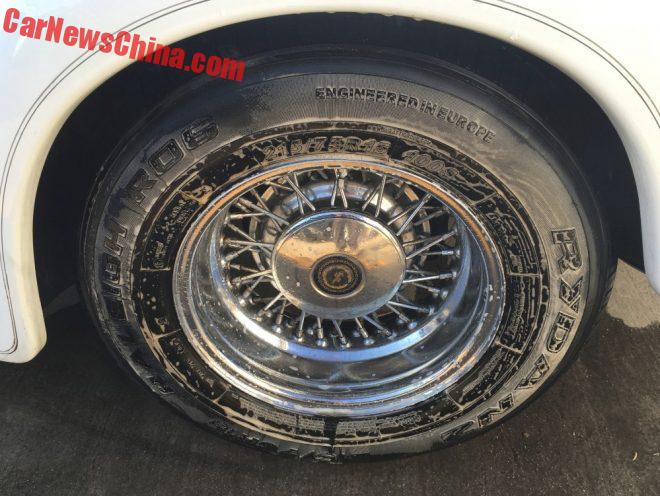 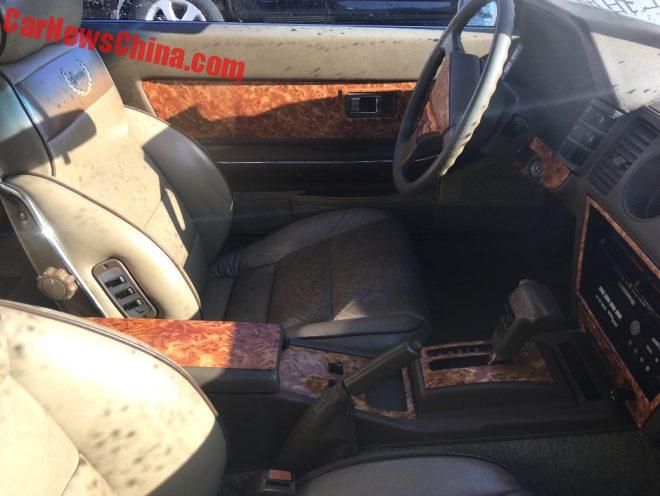 The interior was in good shape but the leather seats need some serious attention. The interior also proves that this particular car is based on the 280ZX. Compare. Basic design didn’t change but Spartan added a lot a wood, a new gear lever, a new stereo system, and fancier seats with the embroiled with the Spartan logo. Note buttons for adjusting the seats on the side of the seat, looking very hard to reach. 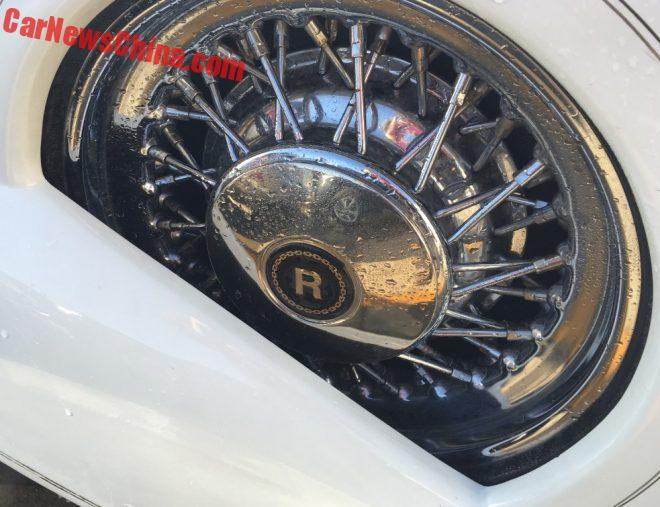 Many neoclassic cars were bought by wedding companies in China, the were usually imported from California. Earlier on we met two Excaliburs and another Spartan II in central Beijing. 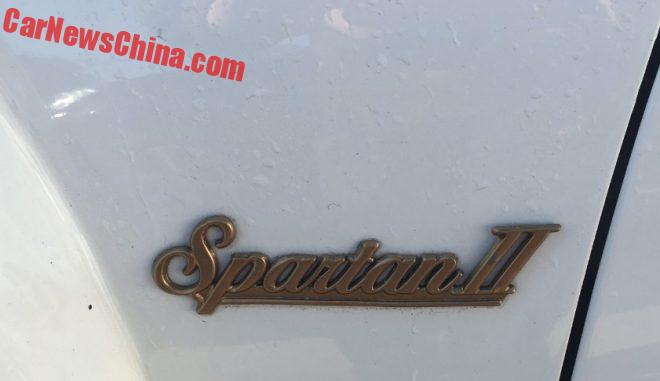 The Spartan II badge on the front fender. 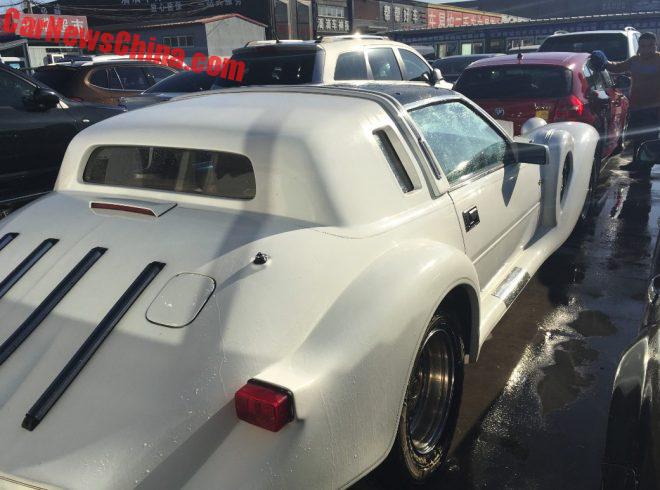 Fuel cap on the right side of the rear deck.

They were just cleaning up the car when I visited. They were very unfriendly and told me I was not allowed to take photos. Very strange behavior for a shop selling cars. They got a little nicer when I asked the price. Only 86.000 yuan! That’s next to nothing. But the problem that this car cannot be used within the Sixth Ring Road, which is basically the entire city of Beijing. Thank the ever stricter environmental regulations for that! The same goes for many other older cars. Sad indeed, and it makes the Spartan II basically useless. The brand is also too unknown to become popular among collectors. 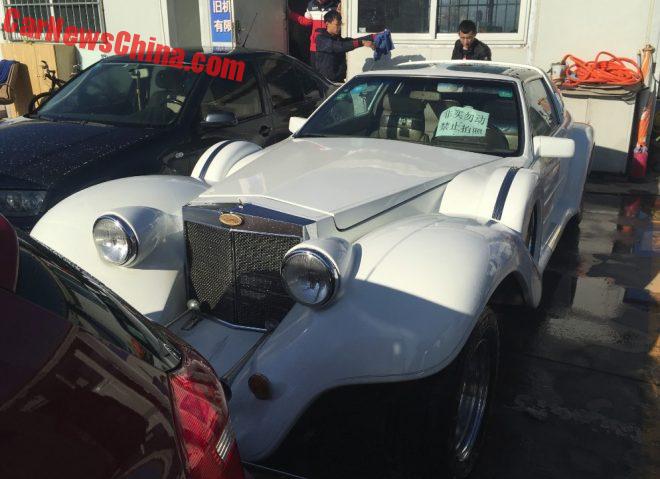 I told the owner of the shop I had to ask my wife, and a fired a few more shots at the Spartan. He then started shouting at me and I moved on. Good Spartan, may she find a sweet new home.