The Ruijie H6 Is My New Ultimate Dream Car From China 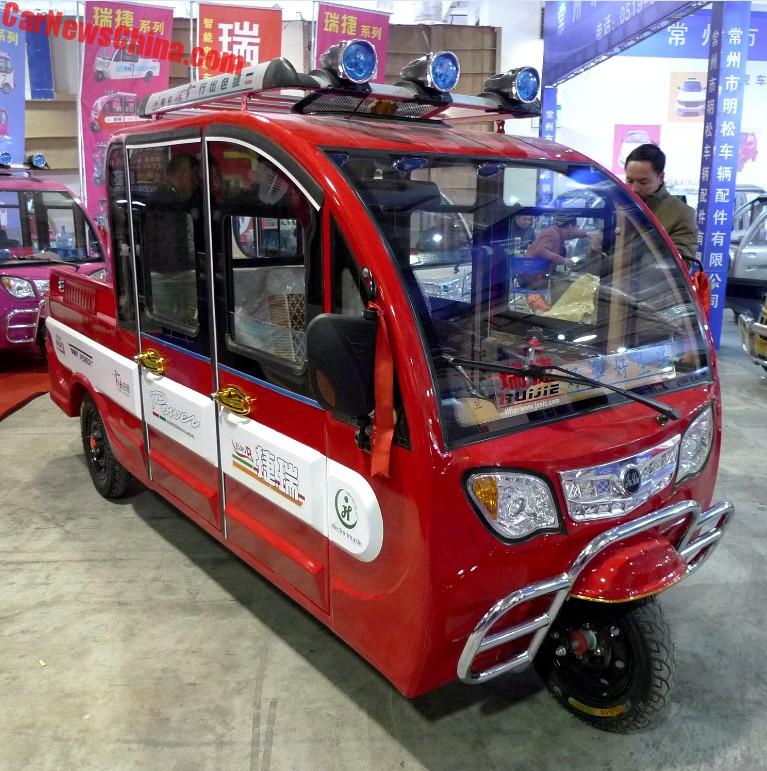 This is my new ultimate dream car from China. She is called the Ruijie H6, and I met her on the 2017 Jinan EV Show. She is a four-door double-cab five-seat tricycle LSEV pickup truck, and she looks brilliant: a Ferrari-red over-black paint job, black wheels with a red nut, a shiny bull bar, a shiny grille, red lint on the big black mirrors, a giant windshield wiper, a giant windshield, …. 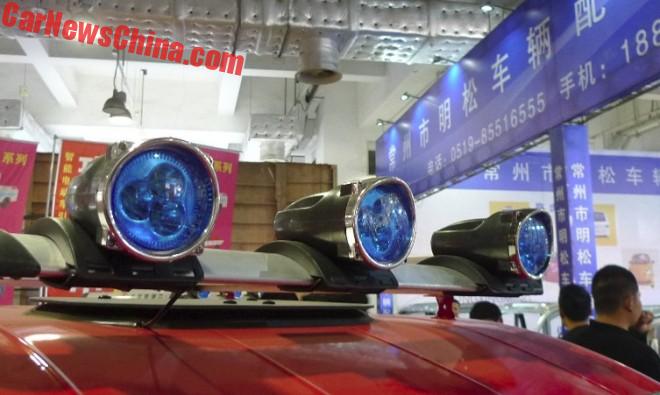 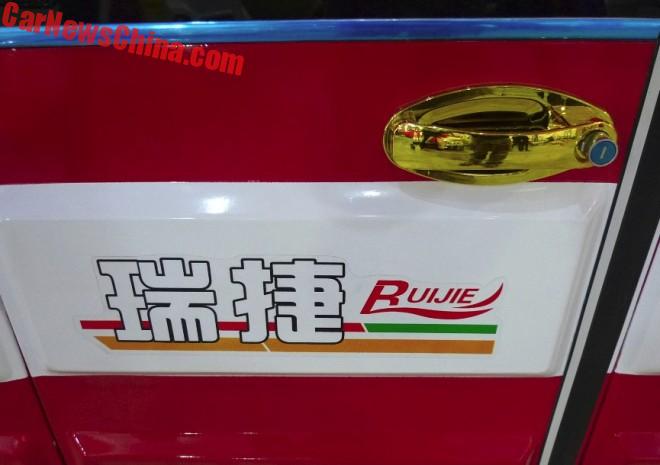 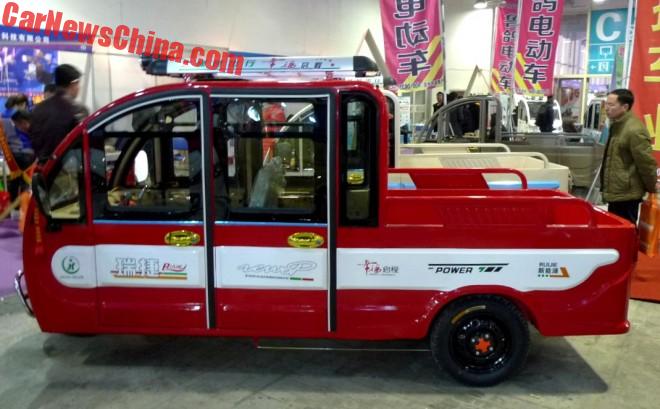 … and more stickers. The cabin is very long and seats five persons, two on the front bench and three on the rear bench. The doors open a massive 45 degrees for easy access.

The Ruijie H6 is manufactured by an LSEV company called Shandong Dong’e Juxin Tricycle Company (web), based in the great city of Liaocheng in Shandong Province. They make mostly tricycles and a few four-wheelers. The H6 is a new car and it isn’t on their website yet. 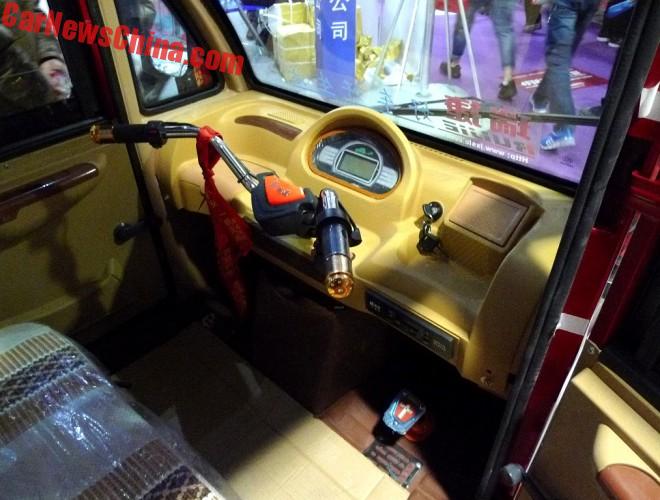 The interior is very beige with some fake-wood inlay in the doors. It has a handlebar instead of a steering wheel with a right bright button for the horn. The LCD sits nicely in the middle of the dash and the radio is located on the right side, it has an USB slot. 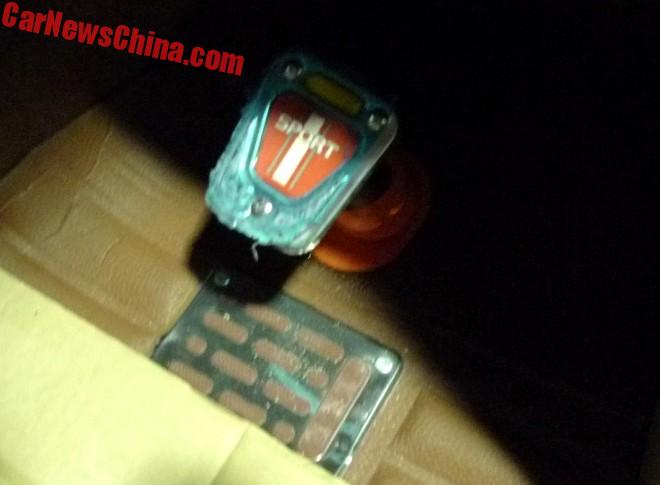 The accelerator says ‘sport’. How sporty is this beautiful H6? 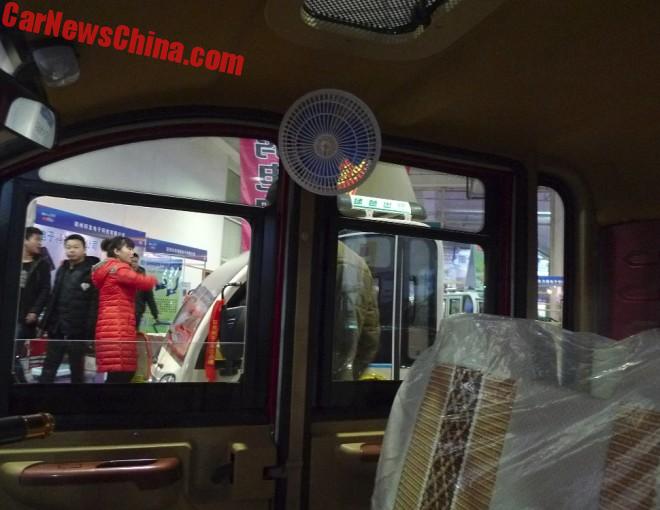 Sunroof and a B-pillar based fan with blue blades. The seats have white covers with some trendy brown patters on them. 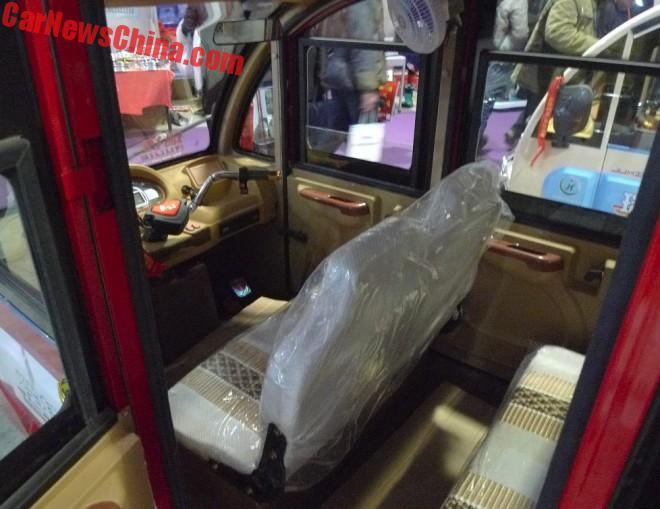 The front bench is funny. It seats two people, it stands in the middle, and the steering wheel is in the middle too. How to solve that…? 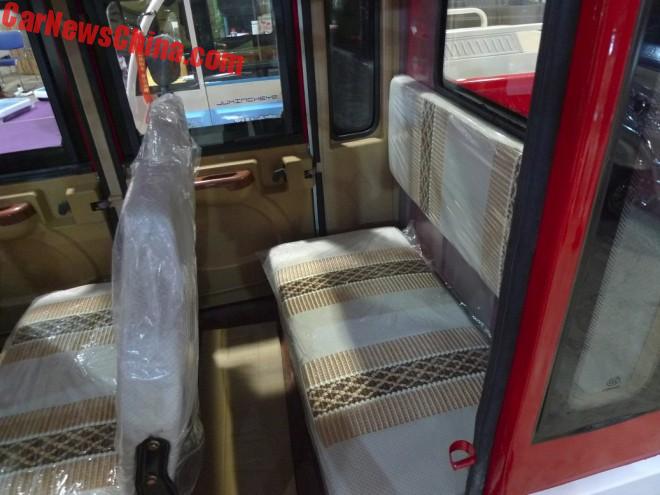 The rear bench seats three. Door handles are in fake wood. The enormous windows make for a very airy cabin, as you can see. 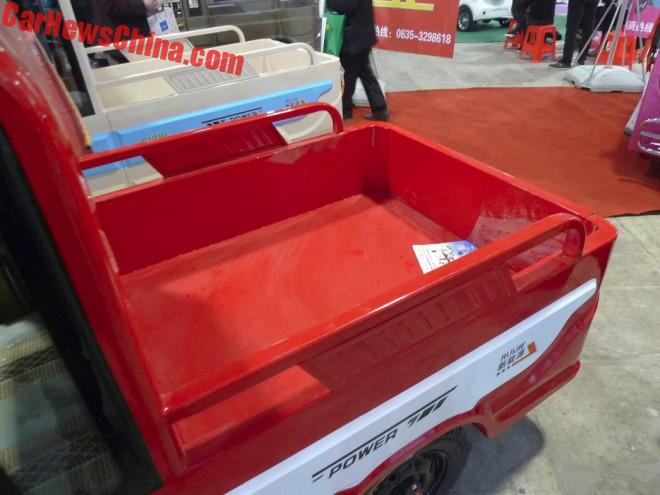 The bed has rails along each side, and cool ‘power’ stickers on the sides. 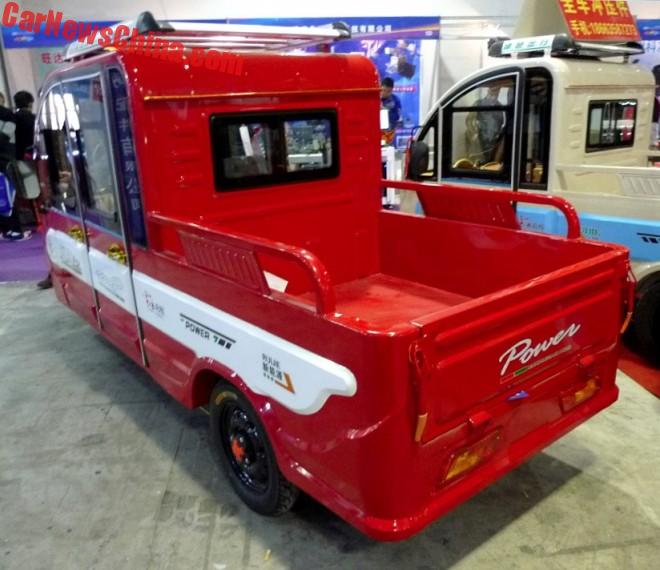 Almost like a race car from the rear! Small window to keep an eye on the cargo. The hatch opens downwards but the bed itself is fixed, unlike on the Suding we saw earlier on. Time now to talk about money. This brilliant piece of Chinese automotive engineering costs only… 4500 yuan or $652. That is no mistake: six hundred and fifty two U.S. dollars. This kind of vehicles are simply too cheap not to buy. They make a vehicle like the Pickman look expansive. 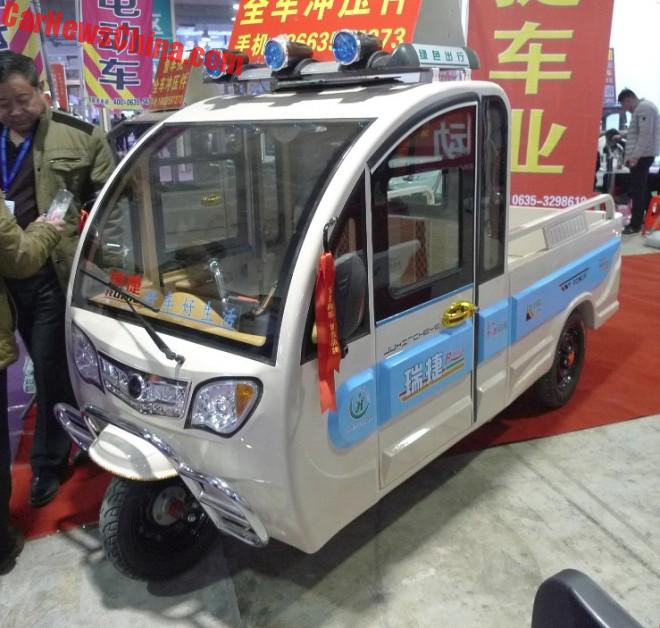 This is the Ruijie H5, the single-cab version of the H6, looking rather nice as well in beige and blue. 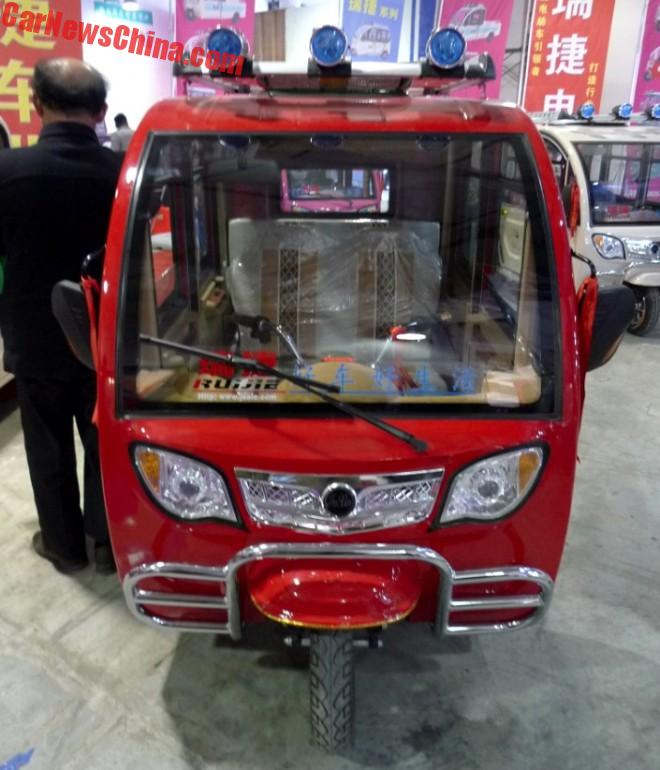 But the H6 is just better still. I really want her. The company doesn’t have a shop in Beijing but they can ship here. I am seriously considering buying one, my wife will love it.