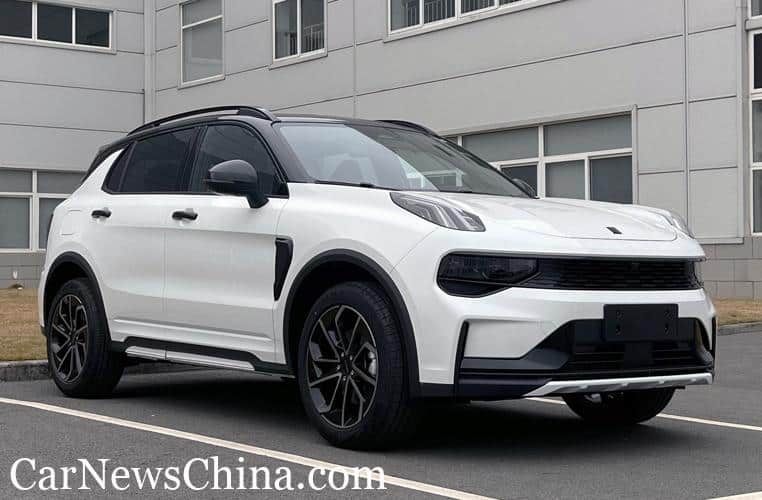 In China, the central government has to approve every new car before an automaker can launch it on the market. The approved vehicles are added to a list and that list is published by the MIIT every month. The list includes images and basic specs. We have selected the most interesting ICE vehicles from this list.

Geely Coolray in “Starburst” style with a 4-cylinder engine

Geely Coolray, also known as “Binyue” is a small SUV and one of Geely’s headliners on the overseas market. Its current version is equipped with 1.4 liter four cylinder engine which generates 141 hp and with 1.5 three cylinder engine with power of 177 hp. The more powerful engine is also used by Volvo XC40.

The new Geely Coolray has the “Starburst” design language. It was firstly introduced on Geely’s concept car. The first car which got this impressive style was the Geely’s bestselling car in China called Atlas (Boyue). The Starburst design is famous for its giant X-shaped grill, plenty of sharp lines and general modern look. And the new Geely Coolray has got all this sporty styling. The front end of the car got big grill, different front bumper and thin headlights. The rear end of this car got the taillight unit and a lot of sharp lines everywhere.

In addition to major changes in the exterior Coolray got the new four cylinder engine with 1.5 liters of capacity. This ICE is developed by Geely and belongs to the new BHE15 series, its peak power reaches 181 hp. Geely Coolray slightly added in length. Now its dimensions are 4380/1800/1609mm with a wheelbase of 2600mm. The curb weight of the new Coolray is 1350 kg.

Geely Binrui is a sporty looking sedan which current versions have got only 1.4 liter 141 hp engine. The design of sedan presented in announcement also follows the Starburst design language. The back of the sedan, on the contrary, is represented by unique thin taillights. There is also an integrated rear spoiler and the large exhaust pipe tips. Geely is clearly going in a sporty design direction.

Recently, Chery Omoda 5 rolled off the production lane. And now, thanks to the Chinese MIIT, we know even more details about the upcoming SUV. The dimensions of the crossover have been slightly adjusted and are 4400/1830/1588 mm with a wheelbase of 2630 mm. Its curb weight is 1444 kg. Omoda 5 will be available with three wheel sizes – R16, R17 and R18. The approach and departure angles of the new Chery are 20 and 23 degrees, respectively.

So far, Chery Omoda 5 with only 1.6 liter internal combustion engine with peak power of 197 hp is In the list of MIIT. In future this car will get less powerful engines and even a full electric version.

ICE version of Lynk & Co 01, just like a hybrid car, now is electively equipped with taillight unit, which goes under the badge with lettering “Lynk & Co”. But the ICE version is very easy to distinguish by the exhaust pipes and another bumper. By the way, there is also an elective rear bumper diffuser.

By the way, Lynk & Co 01 is available in several EU markets like Germany and Sweden. The company allows customers to subscribe to 01 on a month-to-month basis. In 2022 this car might come to the UK market. What is more, recently Geely stated that Lynk & Co will hit markets of Russia, Australia, New Zealand and Malaysia. Representative office of Lynk & Co has been already launched in Russia.

2021 was a tough year for Ford Focus in China. This model’s annual sales dropped 34% with only 22,857 cars sold. And the new Ford Focus, made in China by the Changan-Ford joint venture, is just in time with new styling and a bit more powerful engine to correct this issue. According to the MIIT, Focus lineup will consist of hatchback and sedan. Both of them should get the ST Line and S Edition versions.

A model for the Chinese market is very similar to the overseas facelift. But the front end of the Chinese Focus has a bigger grill and another bumper. The rear bumper and exhaust pipes also differ from the overseas Focus. The engine of this car is also new. With the same capacity of 1.5 liter as previous one, a new ICE has got four cylinders and 177 hp.