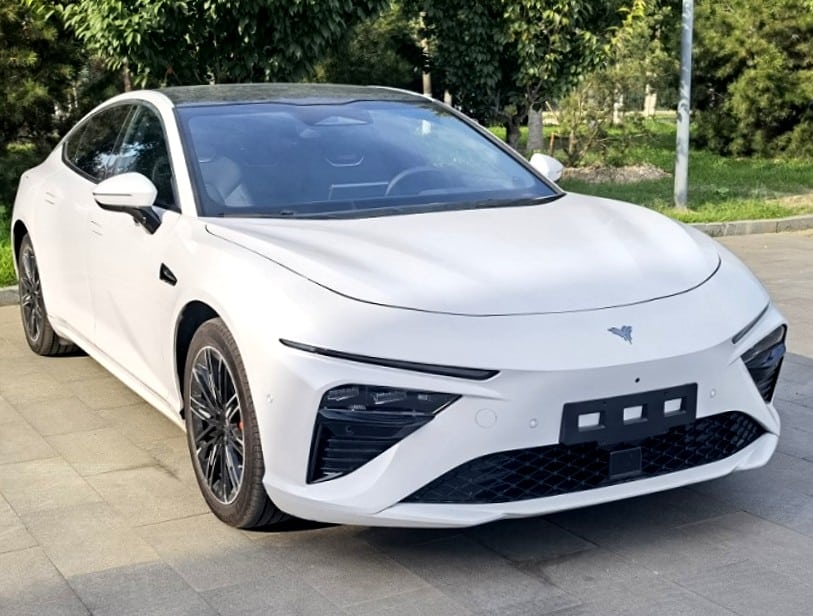 We got another Tesla killer from China for you. This is the final standard-production version of the new Neta S, a Chinese electric sedan that will hot the market in the fourth quarter. The S is a great looking car with a trendy split-headlight design and a drag coefficient of only 0.216 Cd.

The rear is a beauty too, with a simple yet elegant design, with a car-wide light unit, and sporty spoiler integrated in the boot lid, and a narrow rear window.

The Neta brand was founded in 2018, the brand is owned by a company called Hozon Auto. Neta currently sells two cars: the Neta V crossover and the Neta U SUV. Last month, Neta launched a special edition of the S, whereas the regular car will launch only in Q4. Launching a special edition before launching the base car is indeed weird, but it may become a trend in China. Earlier, the new Avatr brand did exactly the same thing with the Avatr 011 MMW.

The motor model is TZ210XS001, for both the front and rear motor. They are identical in power too: 231 hp and 310 Nm. The motors are made by Wuxi CRRC Hofer Powertrain, a joint venture between China’s CRRC.EV and Germany’s Hofer Powertrain.

This is the twin-motor car. It shows off its extra power with a black lower bumper and lip, red brake calipers, and black side skirts.

The rear bumper is entirely black on the twin-motor model, which looks better, I think, then the half-white half-black bumper on the single-motor car.

On the left the scissor doors in action. The rear doors open normally. The middle and lower pictures on the right show a sportier S logo, with a different font. One is for the back and one for the B-pillar. I don’t see them on the car so perhaps it is an option or a sign of an upcoming even sportier model.

Pricing is expected to start around 280.000 yuan for the base model to about 330.000 for the twin-motor car (41.440 – 48.840 USD). For comparison, the China-made Tesla Model 3 costs between 290.000 and 360.000 yuan, so the Neta S is really aimed straight at it. What will Chinese consumers choose? Well, of late, there is a clear trend towards buying Chinese brands, especially under younger car buyers. So the Neta S actually has a good fighting chance against the Tesla.