Spy Shots: WEY Sedan Is Long And Low In China With Up To 650 HP 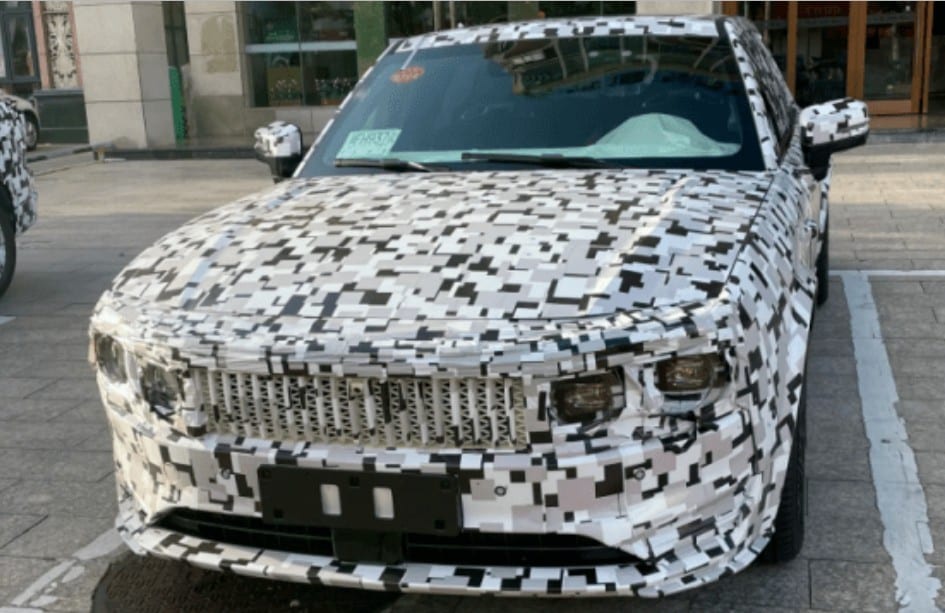 Spy shots of the upcoming WEY sedan for the Chinese car market. WEY is a brand under Great Wall Motors (GWM). The sedan is a first for the brand. Right now, WEY only makes a bunch of SUVs named after coffee and a weird retromachine.

Patent images of the WEY sedan surfaced in September 2021. The sedan is part of a large number of new WEY-branded models, including a large SUV and two MPVs. Proportions are classic sedan, with a long bonnet, a large and spacious cabin, and a long rear deck.

The front incorporates some retro elements like the round headlights and the mesh grille. From the patent images it seemed that the sedan had suicide rear doors, but on the spy shots we can clearly see it has conventional rear doors:

Another major difference compared to the patent images is the length of the rear deck. It is much longer in reality than on the images. Design of the rear light units appears to be different too. Most notable is the enormous size of the vehicle. Length is about 5.1 meters with a 3-meter wheelbase. The car sits low to the ground, standing on huge 20 -inch wheels.

The WEY sedan will be available with PHEV and EV power trains. The former will combine a 1.5 turbo with one or two electric motors, for a max output of 550 hp. The EV version will get two electric motors, with an output of max 650 horses. This will make the WEY the fastest sedan ever produced by a Chinese brand.

The camouflage hides a twin-screen setup, and there isn’t much else that we can see.

The car on the spy shots is the PHEV version, with four exhaust pipes and ultra wide tires. There is an integrated spoiler in the boot lid. The WEY sedan will debut in concept form on the Guangzhou Auto Show in November. The real thing will launch on the Chinese auto market in Q1 2023.