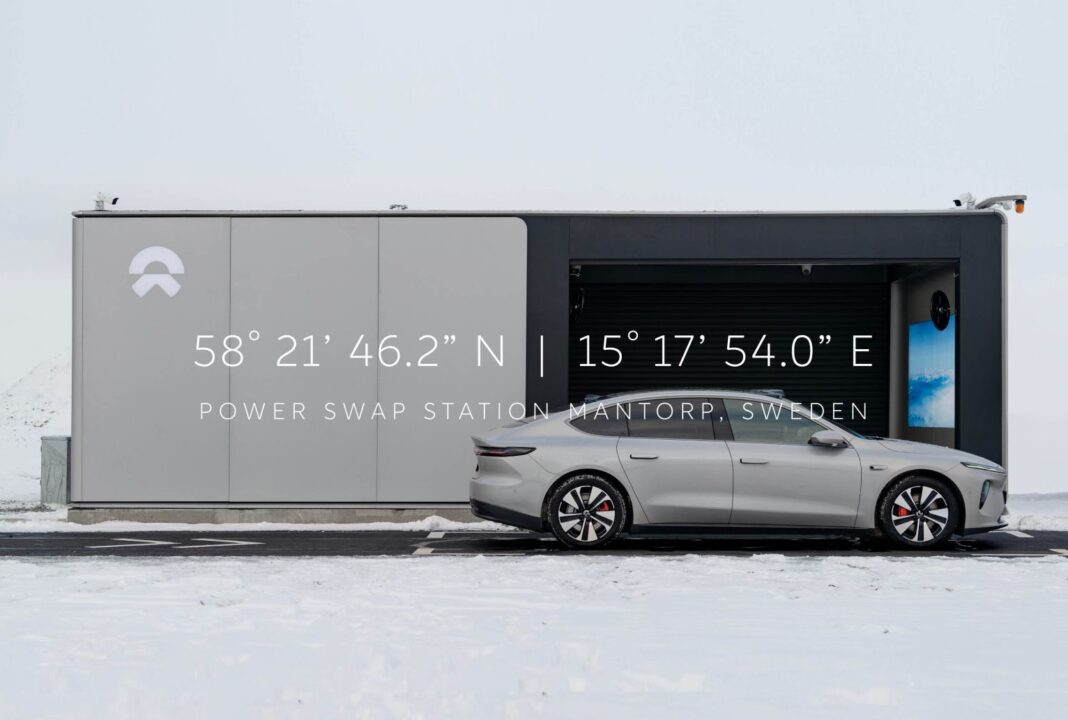 On December 21, Nio opened its second PSS in Sweden, located in Mantorp on the E4 highway, connecting Swedish two largest cities – Stockholm and Göteborg. Mantorp is Nio’s 9th PSS in Europe. Nio had a goal to have 20 PSS in Europe by the end of 2022, which Qin Lihong, Nio’s president, later reiterated to 17-18. In 2023 Nio plans to have 120 PSS in Europe.

This is not the only good news from Sweden for Shanghai-based EV maker. Recently its flagship sedan ET7 won the Car of the Year award in Sweden. “A new brand is shaking up. Luxurious experience at a good price,” the jury commented.

Also in December, Nio opened its first showroom in Sweden – Nio Space – in Westfield Taby Centrum, Stockholm. The large Nio House is in the making and should open in Stockholm in Q1 2023.

Nio entered 4 EU countries in October 2022 and has accelerated the building of its European infrastructure since then. The first Nio House in the EU was opened on December 16 in Berlin, Germany. Nio has built 1277 PSS in total and operates 94 Nio Houses globally, most of which are located in China.

Nio currently operates three PSS in Norway, two in Germany, the Netherlands, and now in Sweden. Denmark, the last of the four countries Nio entered in October, still waits for its first PSS. It was supposed to be open in November in Slagelse but experienced a delay, and a new launch date wasn’t announced yet.

All PSS installed in Europe are Gen 2, which can store 14 batteries, swap takes about 5 minutes, and can perform 312 swaps/day. Nio will hold an annual Nio Day on December 24 in Hefei, where Gen 3 PSS will be launched.

The new Nio battery swap station is expected to have a 22-battery-pack capacity and should support 800V architecture. Apart from its larger capacity, the 3rd-gen swap station will have a fast charging speed and better detection and cooling technologies. Chinese media speculate that the first NIO 3rd-gen swap station will be situated in Nanxiang, Jiading District, Shanghai. When Gen 3 PSS comes to Europe wasn’t revealed yet.

Nio recently stated that its battery swap technology is open to other automakers. The 3rd-gen battery swap station will be launched alongside two new NIO models – ES8 NT2 SUV and EC7 coupe SUV – on Nio Day 2022.