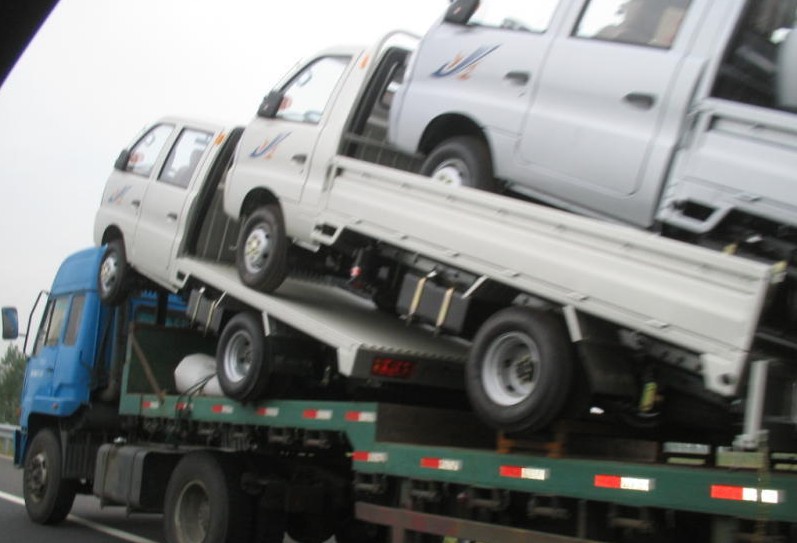 Here we have a big blue truck transporting a bunch of smaller medium sized trucks in rainy conditions near the great city of Qingdao in Shandong Province. The gray vehicles are standing on each others back to create more space for even more trucks. How many? Well… 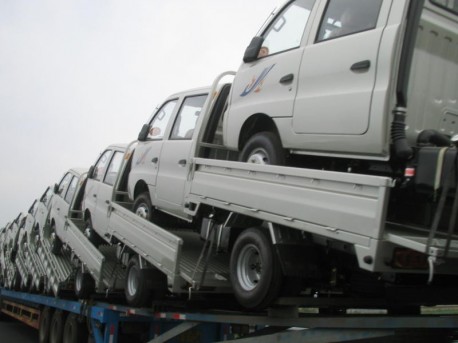 That is at least nine. The blue truck has been stretched at the back, again for more space. The construction loox very home-made and not too strong. Transporting cars like this is officially very forbidden in China, but in reality nobody cares, and the police cares even less. China’s highways are still a very wild west where all can do as they like, at any time. 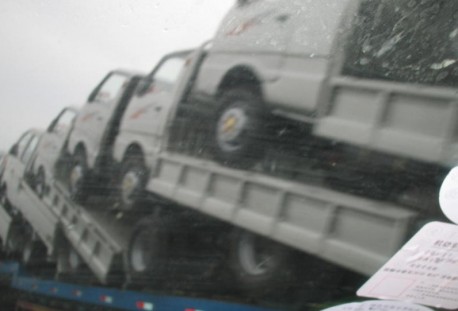 Trucks seem to love each other. Goodbye will be hard.