Beijing-Jeep Cherokee is a pickup truck in China 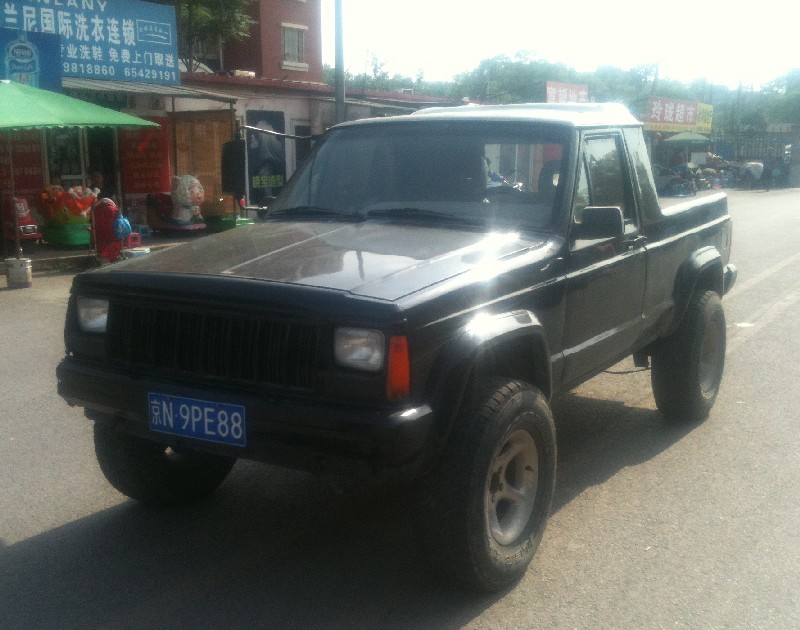 A very coolio Beijing-Jeep Cherokee pickup truck, seen in a kinda strange street in a faraway suburb in east Beijing. The vehicle looked fantastic and very home-made, clearly the work of a big chainsaw and a hard hammer! But no matter, its the result that counts… 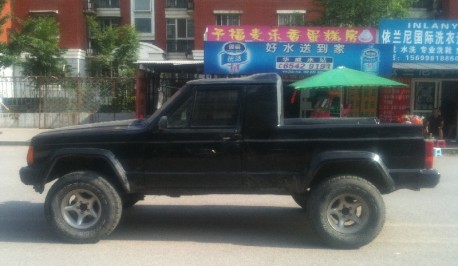 The body was cut in half just behind the B-pillar. The rear was then ‘redesigned’ and rebuilt with a new extra wide B-pillar and a pickup-bed. The vehicle stands high on its giant wheels for a neat monster truck effect. 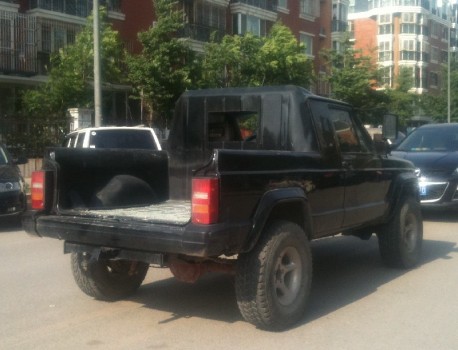 The bed is simply the original rear-section without the windows, roof and back door. Original rear lights indicate this was a late Beijing-Jeep Cherokee, likely a 2005-2007 model.

The Cherokee XJ was made in China from 1984 until 2009 by the Beijing-Jeep joint venture. The new Cherokee will be made in China too, by the Guangzhou-Fiat joint venture, but China does not like the way it looks. The XJ however is already considered a classic and has a huge cult following. The China-made Cherokee was available with the 2.5 liter four-cylinder and the 4.0 six-in-line.

After 2009 Beijing Auto continued production of the Cherokee XJ on its own, the Beijing Auto Works Knight S12 can still be bought new today, but it isn’t as popular as the real Cherokee was.

The real & official Cherokee pickup truck, the Jeep Comanche, was never produced in China, but American Motors once shipped one to China and tried to sell it to the Chinese army. 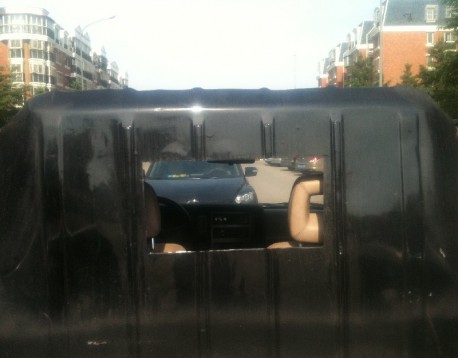 Rear window without a window.