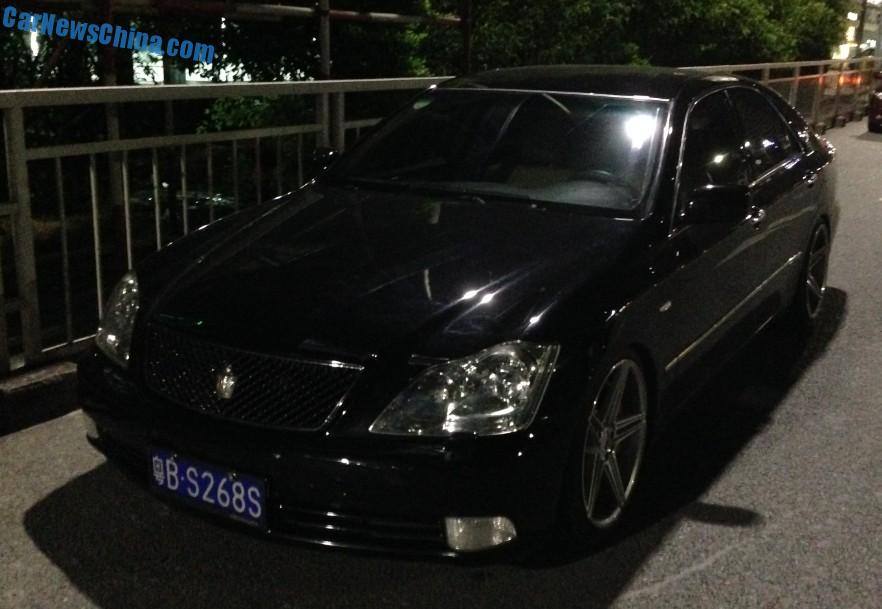 A very black Toyota Crown sedan, Spotted in China in the great city of Shenzhen in Guangdong Province. The good Toyota is a low rider, standing on lowered suspension and fitted with extra large tires with racy five-spoke matte gray alloys, topped off with extra shiny chrome and darkened windows. 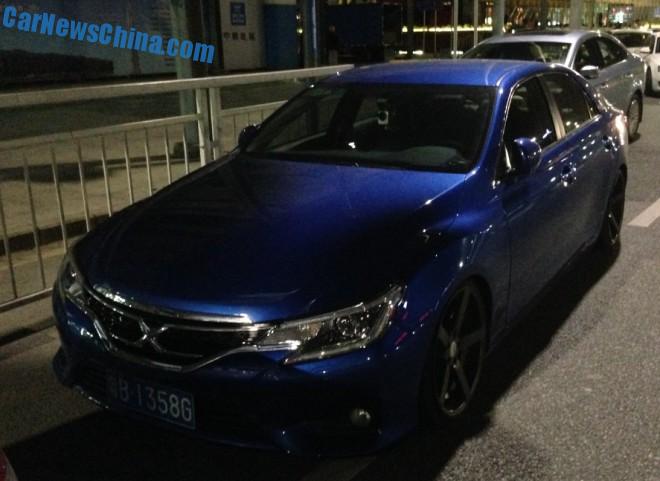 Just behind the Crown was this emerald blue Toyota Reiz, a low rider as well and again fitted with lowered suspension, extra large tires, five spoke matte gray allows, and darkened windows. The chrome however seems pretty much standard shine. 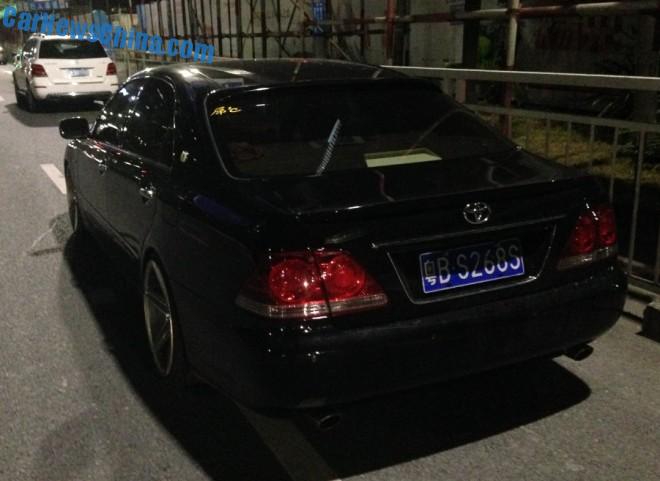 Check construction site on the right. They are building this.

The twelfth generation S180 Toyota Crown was manufactured in China by the FAW-Toyota joint venture and has since been replaced by the thirteenth generation S200. The S180 was also used by Hongqi, a brand of FAW, as the base for their HQ300 sedan. 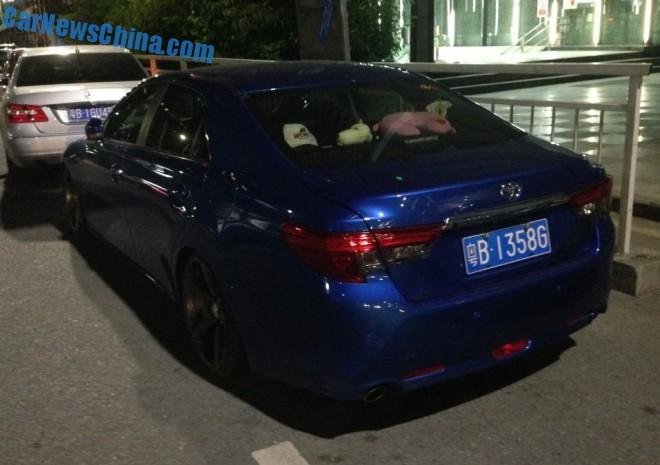 Stuffed animals behind rear window for extra cool. The Toyota Reiz is manufactured in China by FAW-Toyota as well. It is a rather popular car among hipster men in their early thirties. We seldom see an unmodified example. Price of the current car starts at 209.800 yuan and ends at 314.800 yuan. Engines: 193hp 2.5 V6 and 227hp 3.0 V6, both mated to a six-speed automatic gearbox sending power to the rear wheels.