Ferrari F430 Crashes on the Highway in China 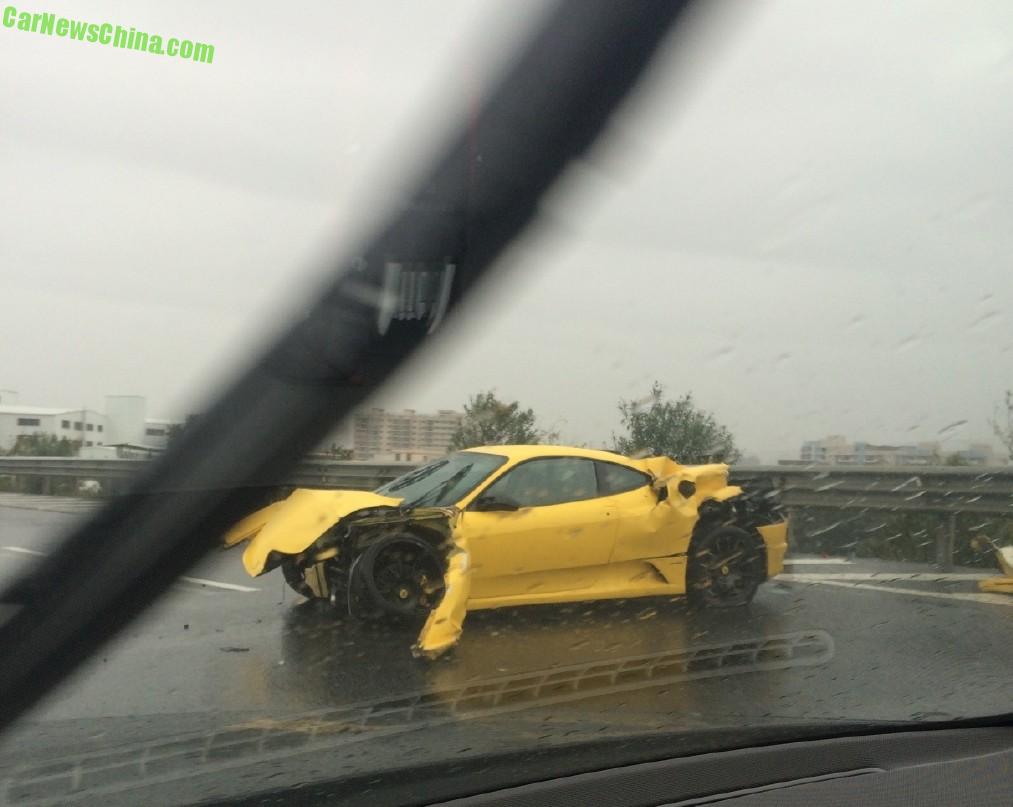 A nasty car crash in China. A banana yellow Ferrari F430 supercar crashed hard on a wet highway near the great city of Fuzhou in Fujian Province. According to local news reports the driver lost control of the Ferrari during overtaking, causing the car to spin and smash into the guard rail three times. Miraculously, the driver and his passenger didn’t sustain serious injuries.

The F430 however looks seriously screwed, both at the front and at the back. The center section, and thus the passengers, escaped demolition. 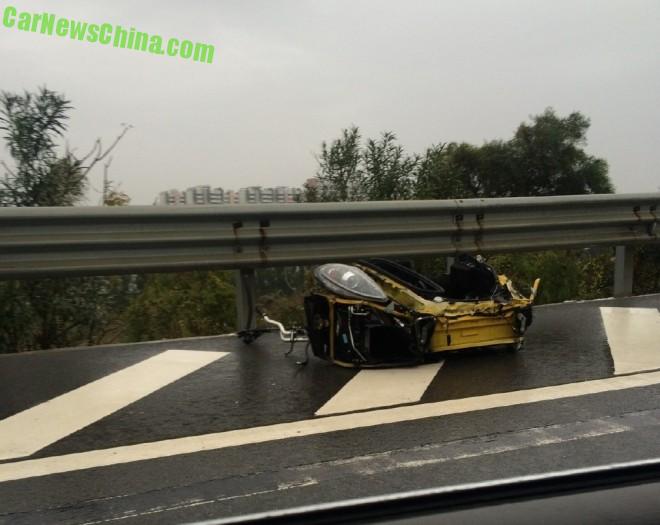 The bumper section was launched and ended up some 100 meters away. 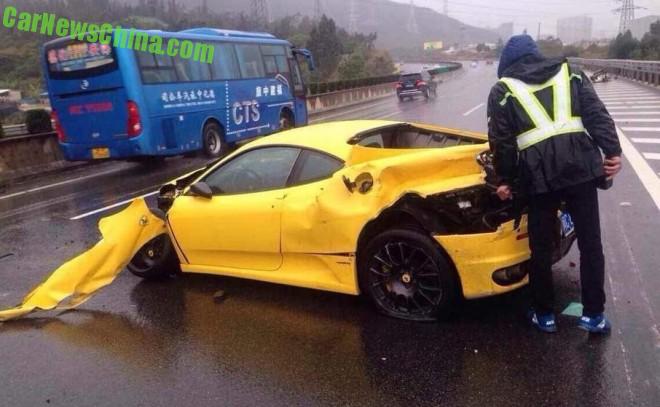 A photo taken some time later. This is the driver of the vehicle, wearing a police jacket. He seems to be checking the engine, which might still run indeed, but it needs a whole new car around it for speed. 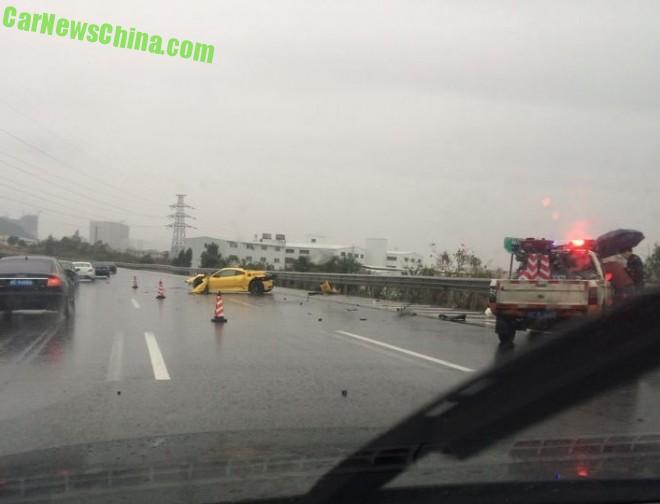 Later again. Highway patrol has arrived in force. And it just kept raining…