Spotted in China: low-speed electric vehicles in the Real World 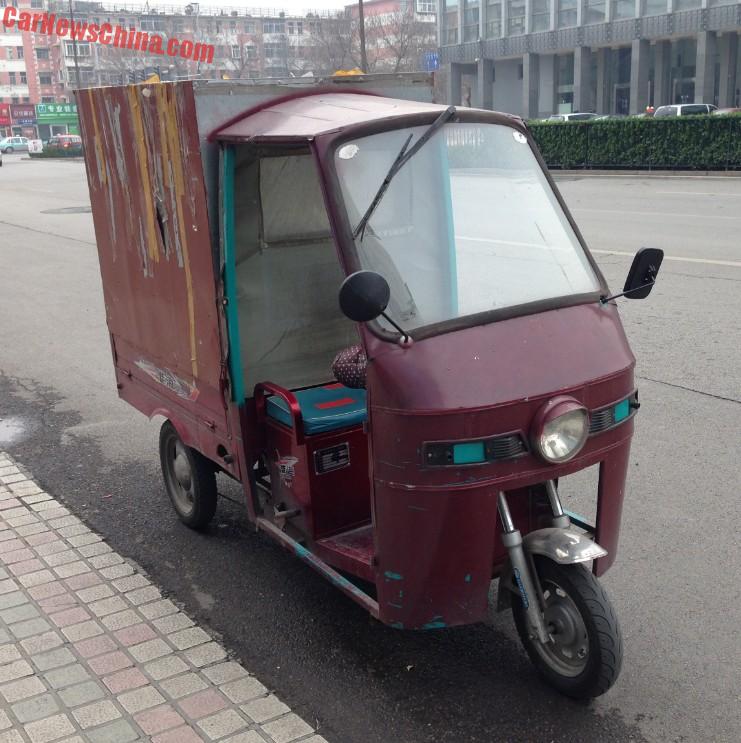 We have all seen the glitter and glamor of the the Shandong EV Expo  (intro) in Jinan City, but what are these low-speed electric vehicles like in real life in a real city? Well, I wen into town and found a few, and they weren’t very fancy at all.

Starting with this very basic Huaihai Fuxing 13, fitted with a cabin without doors and a cargo box. These crappy cabin-cargo conversions are mostly done by small local companies operation on neighborhood level, and this example looked the business.

The Fuxing (‘Lucky Star’) 13 was manufactured by a company called Jiangsu Huaihai Vehicle Manufacturing Corporation (web), based in the great city of Suzhou in Jiangsu Province. The Fuxing 13 is not in production anymore, its closest successor appears to be the Jinchi J2. 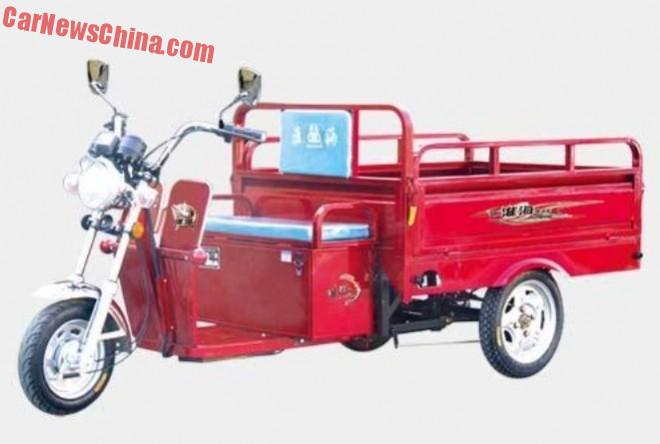 New, and without the cabin. Powered by a 2KW electric motor with a top speed of 45 kilometer per hour. 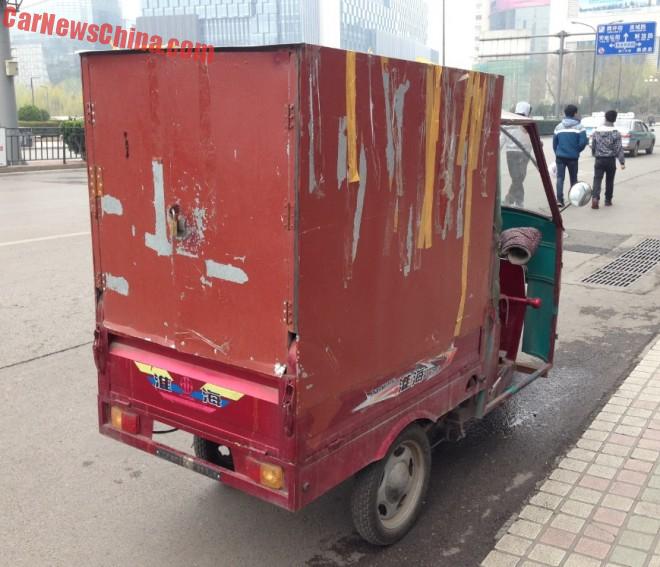 The cargo box doesn’t look very solid, but it will do. These kind of vehicles are mostly used for distribution, delivery services, and small-freight transport. They can carry everything from the morning milk to aircon systems to a McDonals Happy Meal. 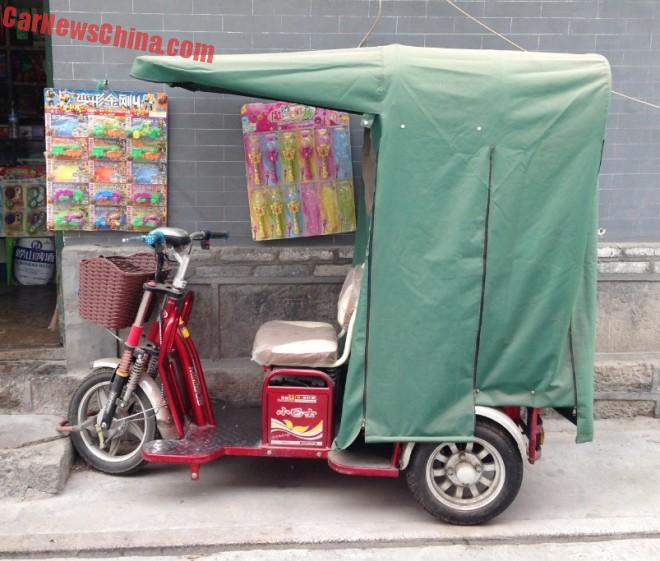 A slightly more modern vehicle, standing on sporty wheels and rather low to the ground. The rear passenger compartment is non-factory again. The tricycle is a Xiaobashi Mini-300G4, manufactured by a company called Dezhou Xiaobashi Electric Vehicle Corporation (web), based in the great city of Dezhou in Shandong Province. The company also trades under the English name ‘Minibus’, the literate translations of Xiaobashi. The company makes a wide range of electric tricycles, electric wheelchairs, and even a very fuzzy four-wheel thing (scroll down). 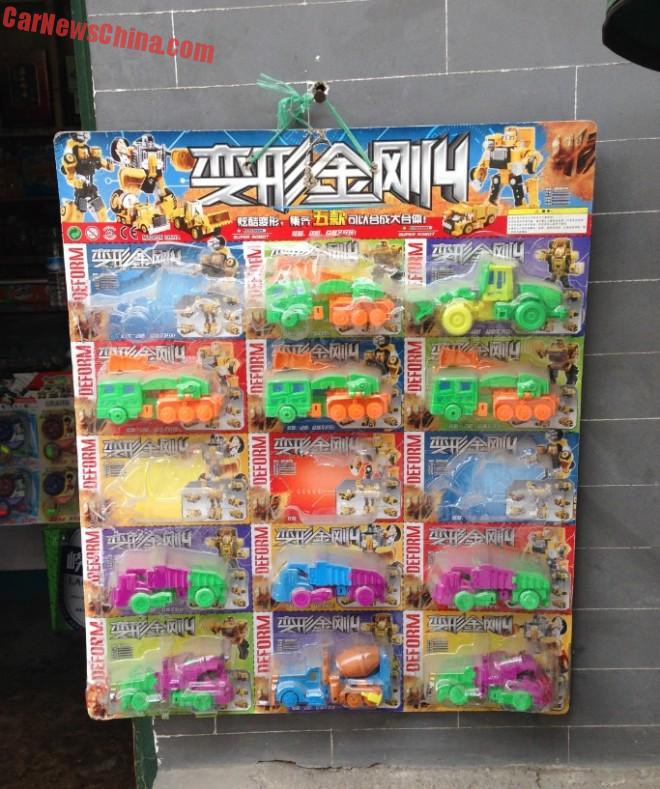 Toys! They ‘deform’, so these are Deformers, not Transformers. Seven yuan each. 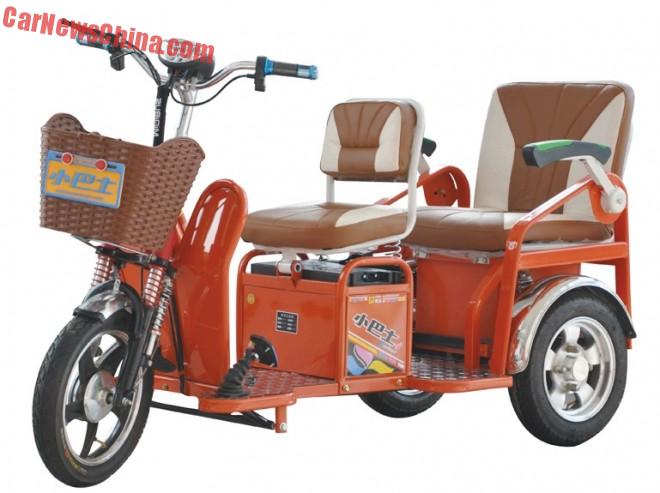 The Mini-300G4 without the compartment, painted here in bright orange. Duel tone seats and headlights really funky. This kind of tricycles are dirt cheap, ranging in price from some 3000 yuan for the really cheap ones to 6000 for the good stuff. 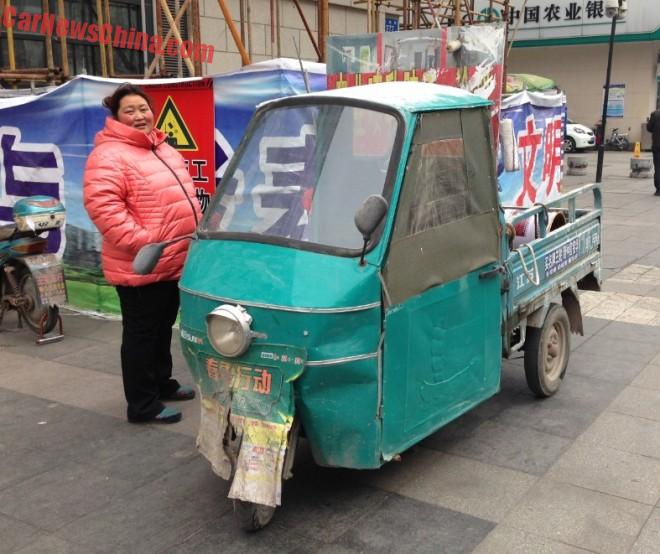 The lady was laughing at me for taking a photo of an old electric tricycle. Wuzzy. This fine vehicle was manufactured by a company called Jiangsu Zhongshen Corporation (web), based in the great city of  Xuzhou in Jiangsu Province. ‘Jiangsu Zhongshen’ is a joint venture between the above-mentioned Jiangsu Huaihai Vehicle Manufacturing Corporation and the Zongshen Industrial Group.

The company makes a wide range of electric vehicles, including a funky four and a racy three. The vehicle on the photo, with a non-factory cabin, is no longer in production. Its closest successor seems to be the Zongshen S1 Saiche. 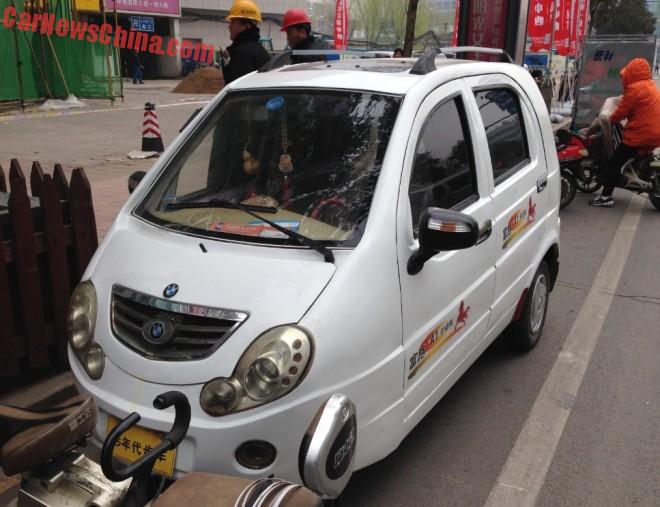 A white enclosed tricycle with BMW badges all over. This is a Feilu Junma Fulu A1, manufactured by a company called Fulu Motor (web), based in Dezhou again, Shandong Province. Unlike most manufacturers Fulu sells electric versions and petrol-powered versions of each vehicle. This particular white car is an electric, and earlier on we met a petrol version in Shenzhen, with BMW badges as well.

The Fulu A1 comes with pretty decals depicting a fiery horse.  The company makes a wide range of small three-wheelers and four-wheelers, including the FLE/C-3 which looks good in Volkswagen dress. 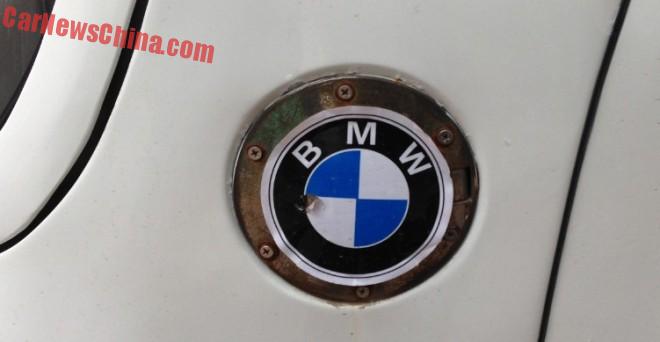 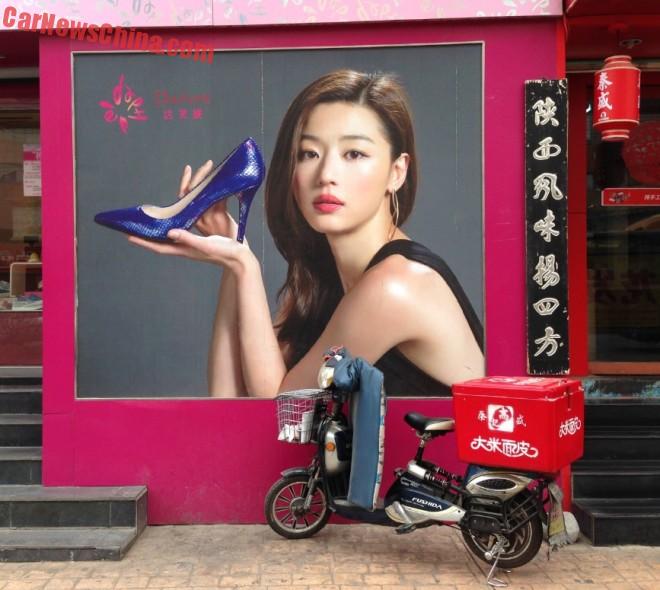 A Fushida electric bicycle, with a food-delivery box on the back. Manufactured by the Tianjin Fushida Electric Bicycle Corporation (web), one of the largest electric two-wheeler makers in China. Pretty lady sells blue shoes. I am a buyer! 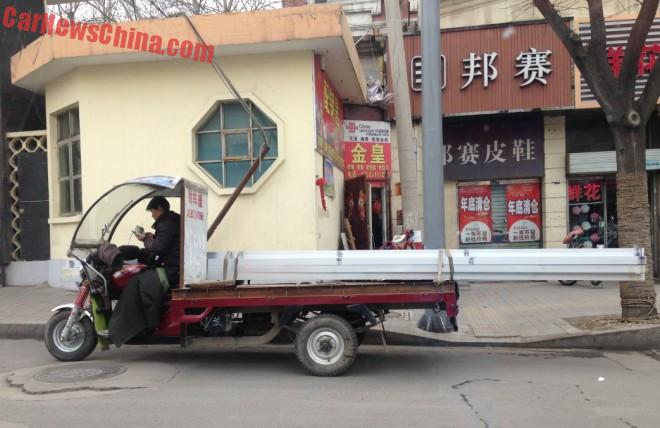 But we end this story with this fine electric machine, fitted with a non-factory cabin and loaded highly dangerously with long metal bars for construction. No flag or lights, shit that, this is China. The driver was at ease, checking his phone, kept warm by a winter coat on his knees. And on we went.