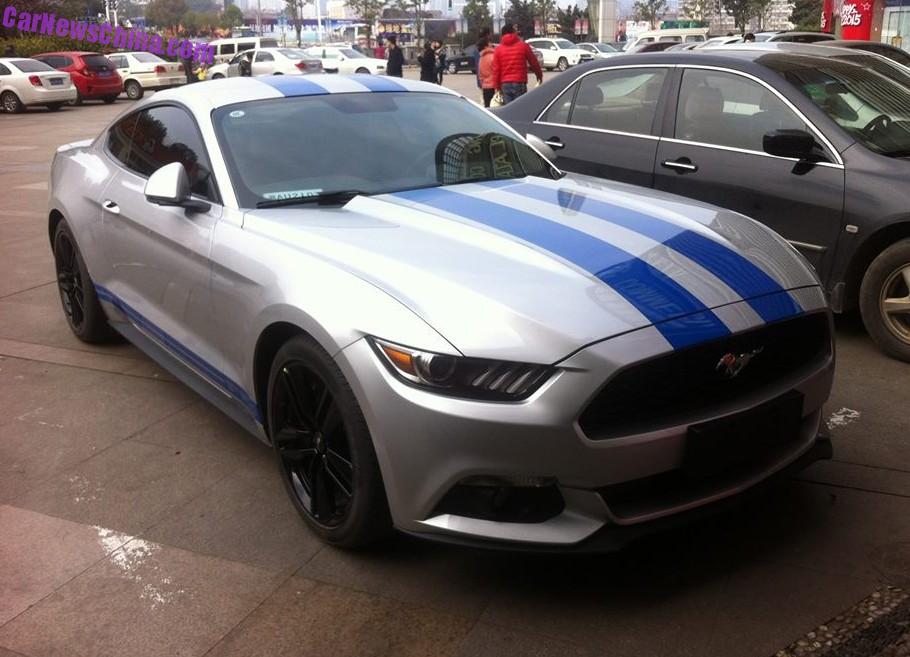 A super speedy Ford Mustang EcoBoost, Spotted in China in the great city of Changsha in Hunan Province by Reader Jordi, thank you for the photos! The good Ford is painted in dark sliver with blue racing stripes over the bonnet and roof, and further dressed up with darkened windows and black five-twin spoke alloys. 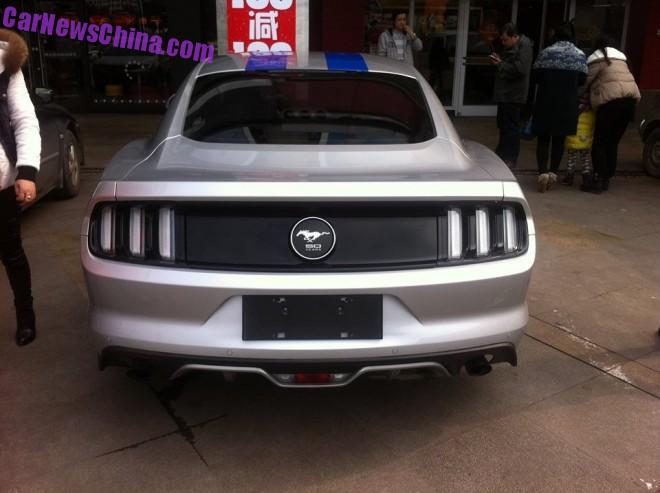 This particular Changsha car appears to be brand new, still without a license plate or insurance stickers. It has been fitted with the ’50 Years Appearance Package’ (web), which was sold as an option in the U.S. but is marketed as a separate model in China. 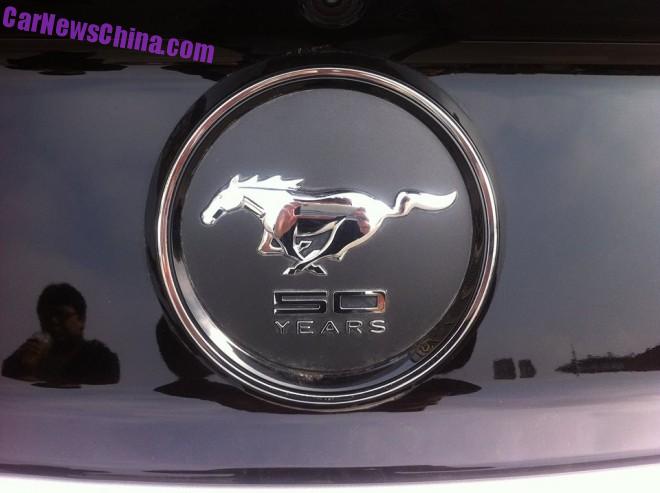 The package comes with several badges inside and out, including this beauty on the back. 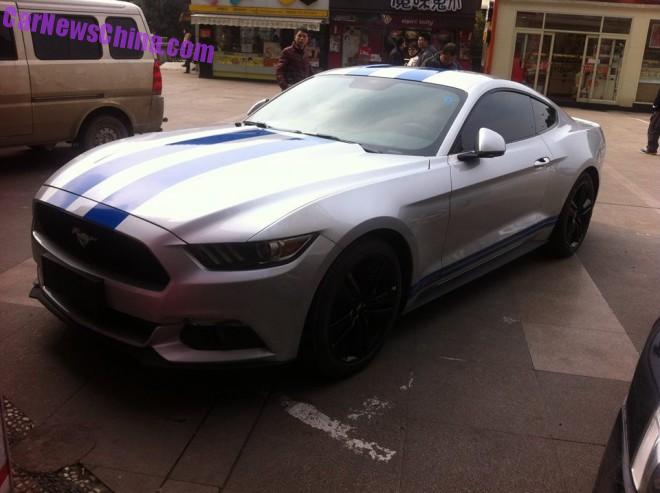 Sadly the Mustang is still a rather rare sight in China, and the older models are even more rare as they were only available via the misty gray market. 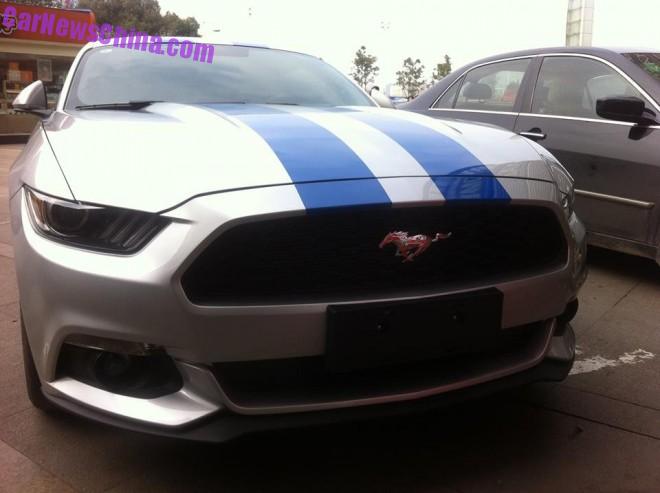