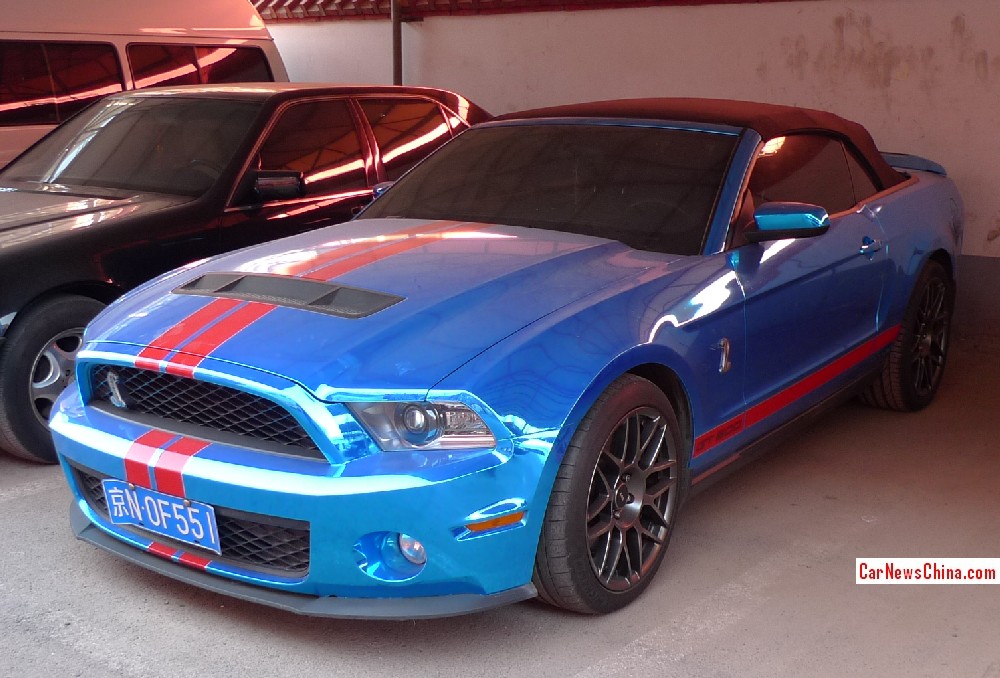 A very flashy Ford Mustang Shelby GT500 convertible, Spotted in China on the Beijing Tuning Street in the east of the capital. The fine Ford was wrapped in an eye-scrapping shiny blue wrap, and further sexed up by matte black multi-spoke alloys and black windows. The wrap was of high quality, neatly covering bumpers and mirrors. 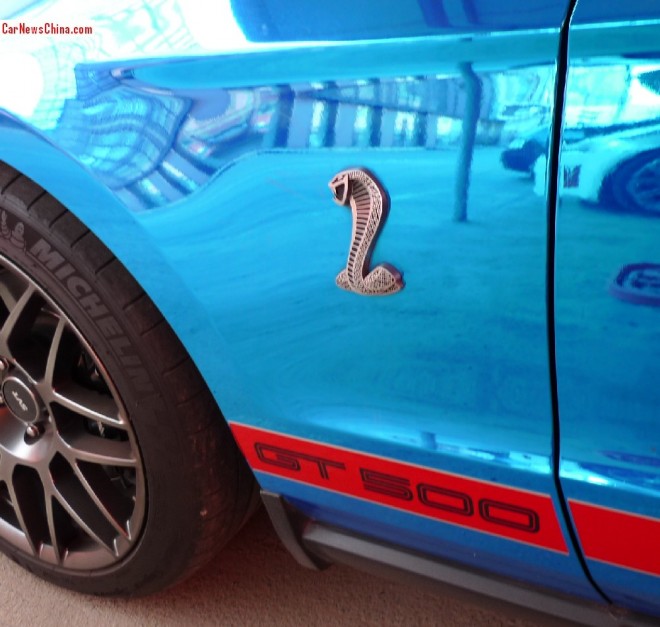 This snake needs a lot of fuel! The pre-facelift fifth generation Ford Mustang Shelby GT500 is a rather rare car, not only in China but also worldwide. It was only manufactured from 2007 until 2009 and is now a highly sought-after special Mustang. Power comes from a supercharged 5.4 liter V8 with 500hp and 650nm, enough ponies to make many a Porsche or Ferrari very anxious at the red light. 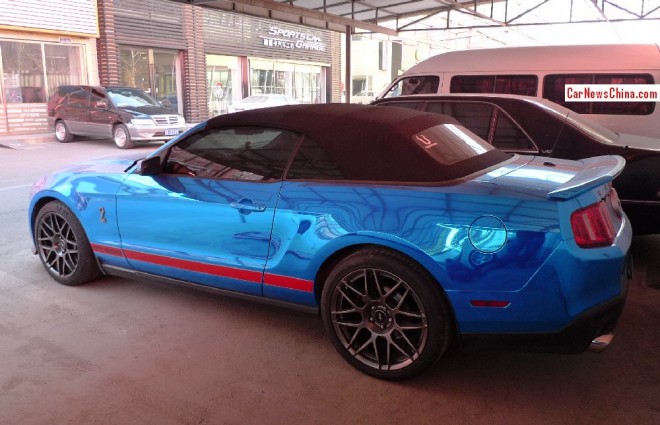 Even the wing is wrapped! Great work.

Ford does not export the Mustang to China, thereby missing millions in profits that are earned instead by gray market dealers. Most Mustangs in in China come from Ford dealers on the U.S. West Coast, selling directly to dealers in China who sell the cars on the eager Chinese buyers..