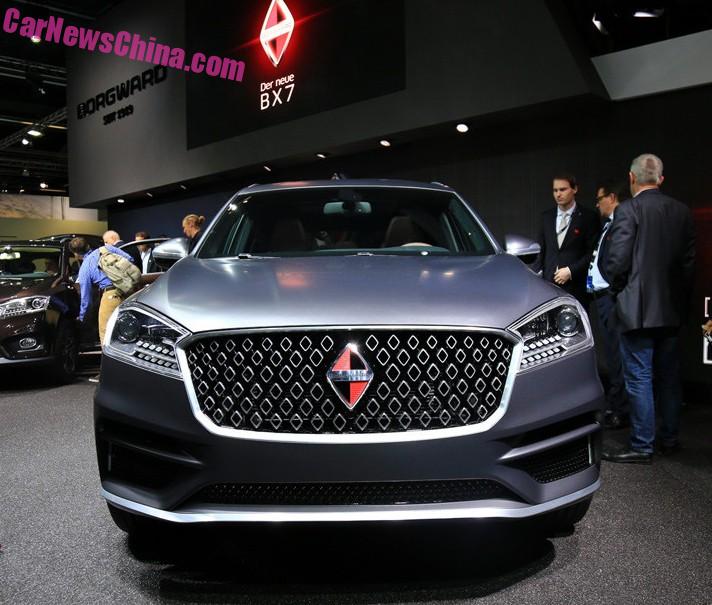 The resurrected Borgward brand debuted on the 2015 Frankfurt Motor Show in Germany with the new Borgward BX7 SUV, just days after we saw the first spy shots and the first official photos.

Borgward had two cars on show: this gray BX7 TS and a brown base BX7. The ‘TS’ badge will be used for a future high performance version of of BX7, but the brand didn’t say what was under the bonnet here. The TS comes with a red Borward logo, a bigger body kit, aggressive front and rear bumpers, bigger wheels, sporty alloys, and a racy grille. 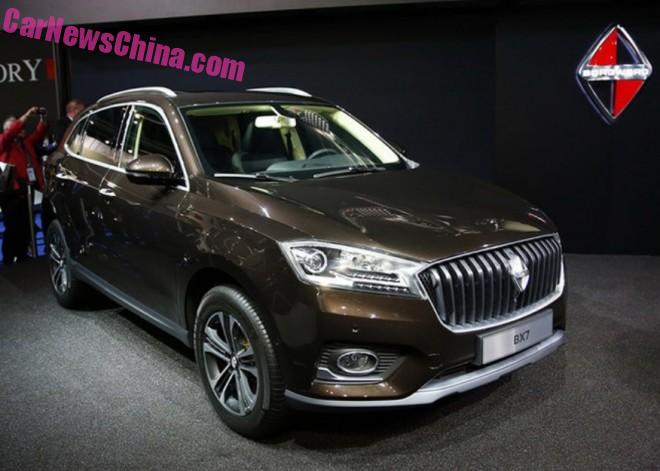 This is the base BX7, looking very tame in comparison, especially in brown.

The BX7 will be available with three powertrains:

However, at launch (in China) only the 2.0 turbo will be available. The 3.0 V6 turbo and the hybrid will follow later, but Borgward did not announce a more specific time schedule. They also didn’t open the bonnet of the brown car, so we can’t show you photos of the engine yet. Transmission is an eight-speed DCT, sending power to all four wheels. The four-wheel drive system is called ‘eAWD’. 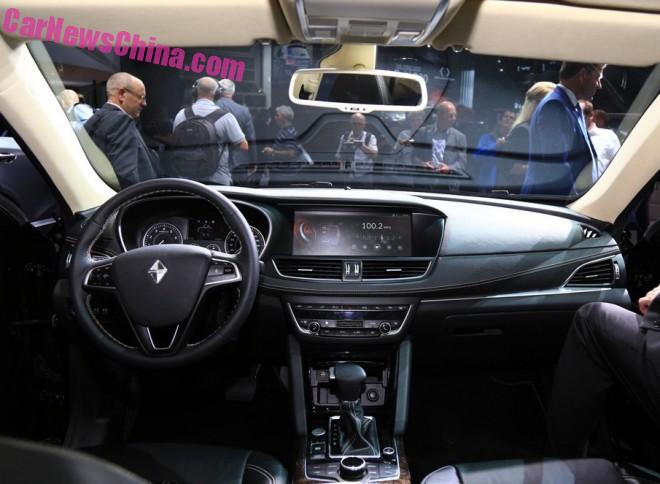 All interior photos are of the brown car, featuring a fine looking dash and lots of leather. Huge touch screen in 12.3 inch. Gearbox mated to an old fashioned lever instead of a 2015-style drive-selector button. The BX7 comes with a lot of gear: an air purifying system, ECO energy saving mode, stability control, hill descent control, power tailgate, automatic parking, and dual-zone automatic air conditioning, and a fancy 360 degrees panoramic camera system showing all the surroundings of the car on screen. 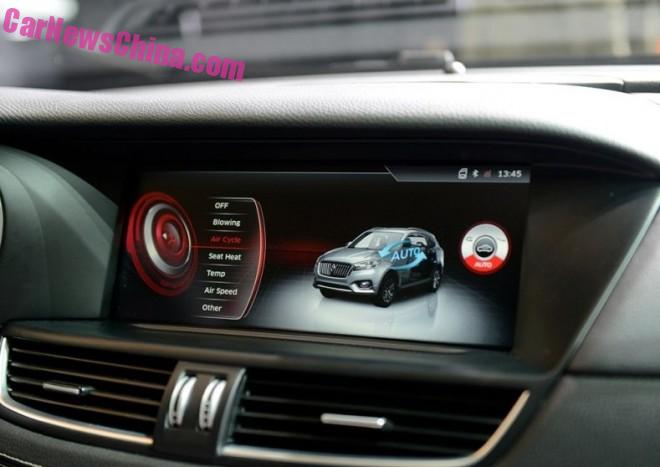 The screen in action, here with the air conditioning controls. 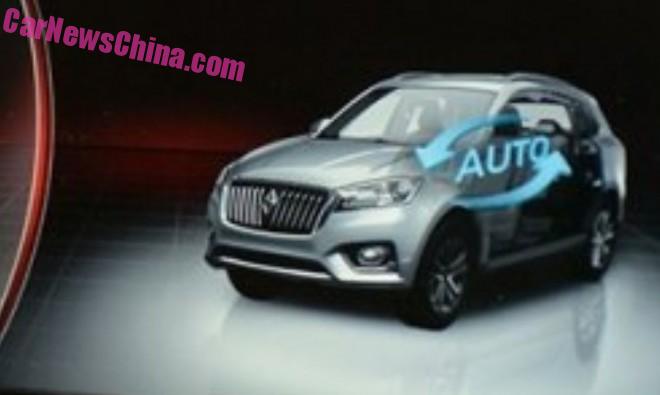 But look at that! Bad. The grille of the vehicle used for the image is not correct. This is likely an image of an earlier design study. Bars are slant with the logo in the middle. It is a small detail, but that’s where the devils is. If they can’t get this shit right, how can they..? 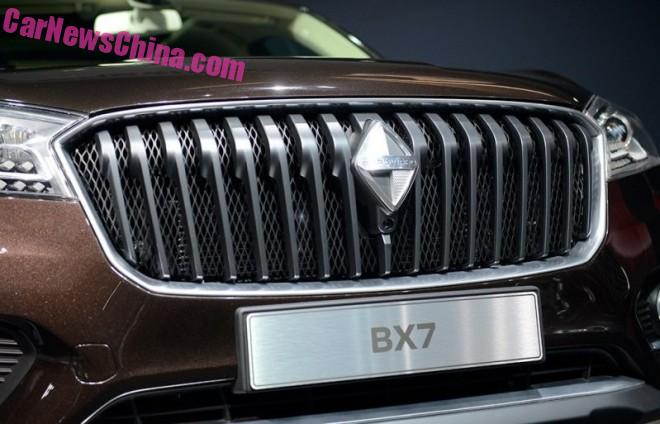 The grille on the brown car. Bars are straight with the logo on top. 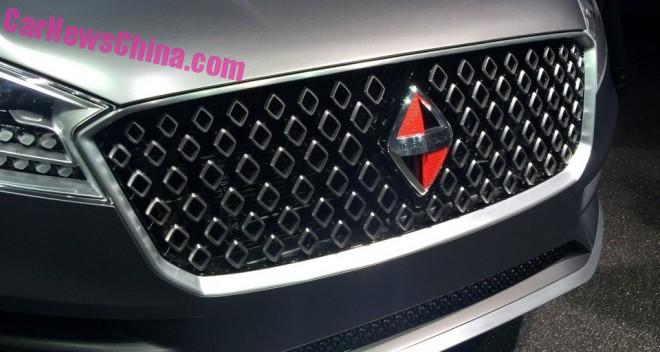 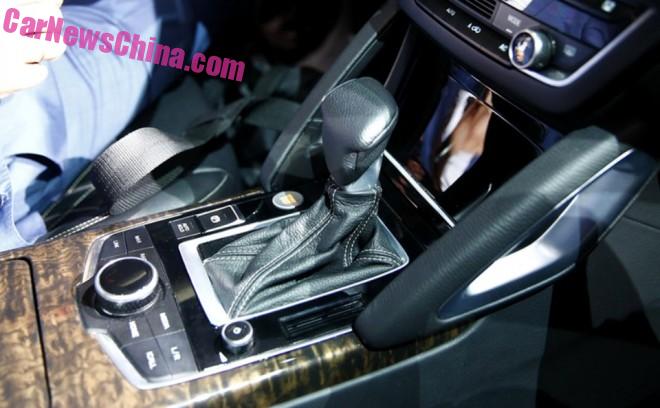 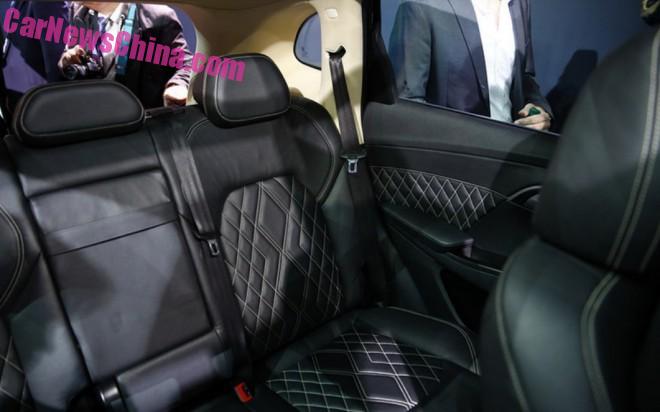 Seats in fine leather, looking luxurious. Enough space for three here. Borgward says they will also launch a seven-seat variant of the BX7, but that will likely be a longer car as there doesn’t seem to be much space left in the back. 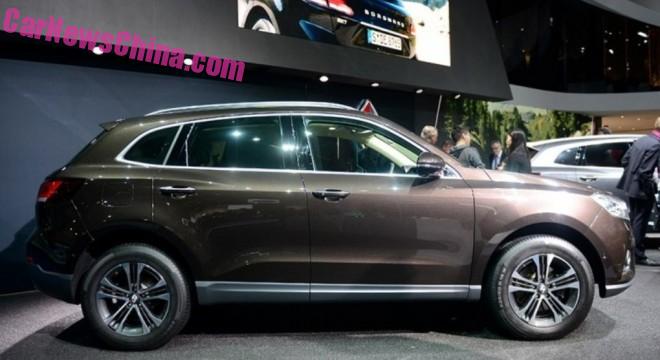 The Borgward BX7 appears to be at least partly based on the upcoming Beijing Auto Huansu S6. Design of the BX7 and the S6 is very similar, bar for the grille, lights, and front bumper. The Huansu S6 again, is based on the same platform as the Beijing Auto Senova X65. 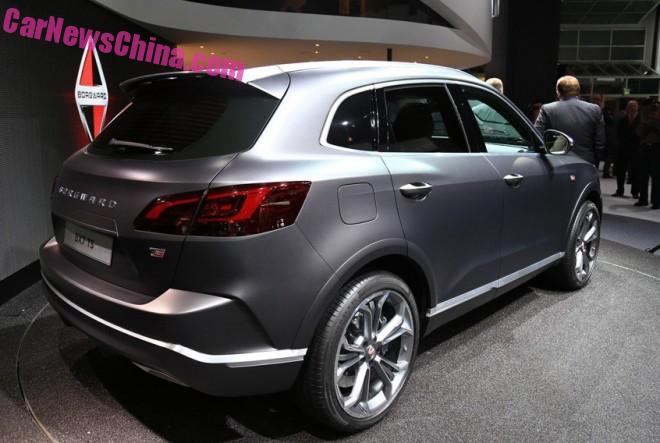 TS badge under the rear lights, which is all-red. Square-shaped tail pipes. 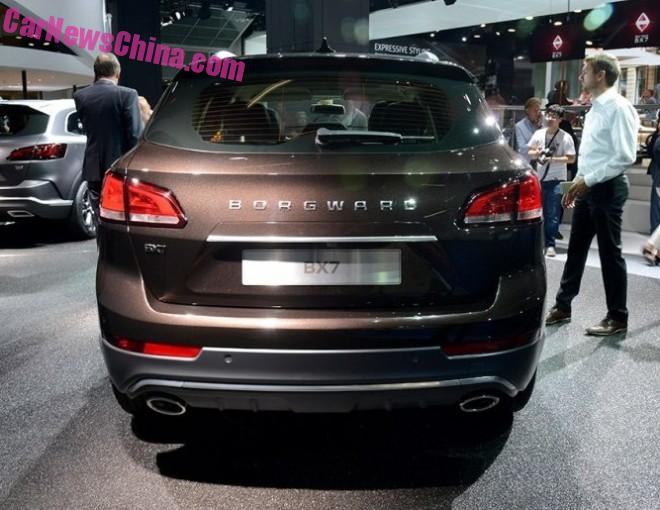 The brown car with red and white rear lights and round tail pipes.

Borgward also announced it will launch many more cars in the future, up to two a year no less. We love some healthy ambition and so far everything looks good. The BX7 is real all right and looks the business. We expect more spy shots of the production version very soon…