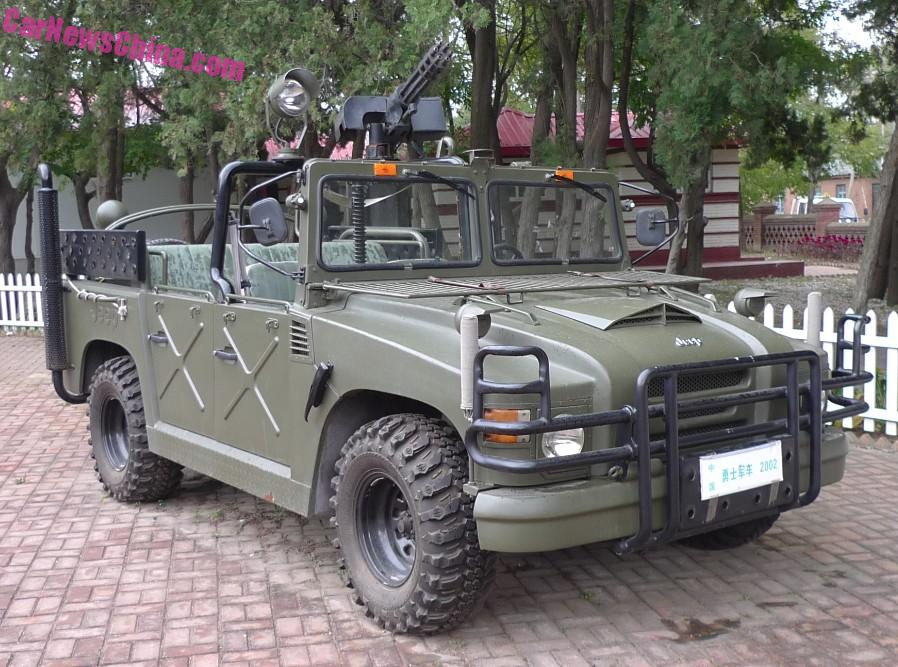 A very special car today in China Car History. This is the one and only Beijing-Jeep 2002, seen in the magnificent and now sadly closed Dalian Classic Car Museum in the great city of Dalian in Liaoning Province.

The Beijing-Jeep 2002 was a prototype for the successor of the famous Beijing Auto Works 212, a 4×4 utility vehicle used by the Chinese armed forces, it was built in 2002, hence the name. The competition was a bit muddy as all the entrants came from various parts of the Beijing Auto empire! 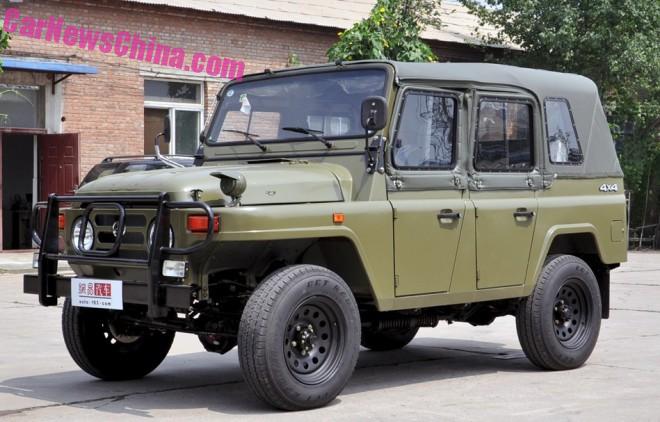 The 2002 was developed by Beijing-Jeep, a joint venture that manufactured the Jeep Cherokee and Jeep Grand Cherokee in China. But for the 2002 they looked at Japan, and not at America.

The 2002 was indeed based on the platform of the first generation Mitsubishi Pajero Sport (wiki), which at the time was manufactured in China by the Beijing Benz-Daimler Chrysler Automotive Corporation (BBDC), a complicated joint venture between the Beijing Auto Industry Corporation (BAIC) and Daimler-Chrysler. 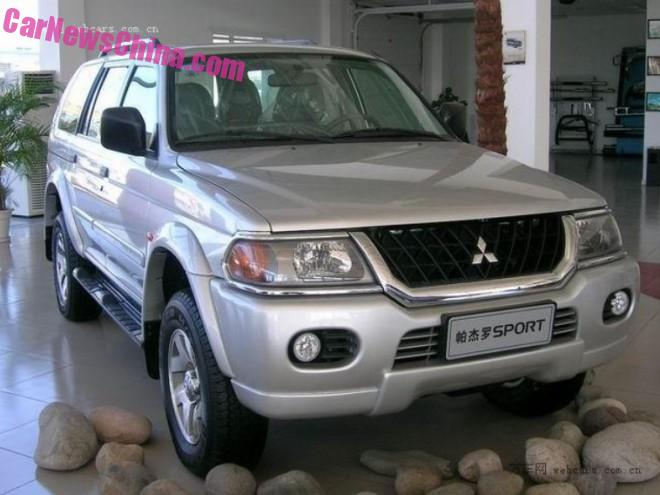 The joint venture was founded in 2004 and also included, up to a certain extend, the Beijing-Jeep joint venture. Besides the two Cherokees, BBDC manufactured various Chrysler (300C, Sebring), Mercedes-Benz (first generation E-Class L), and Mitsubishi products (Pajero Sport and Outlander).

Back in those days Daimler-Chrysler held 34% of the stock of Mitsubishi Motors, and that is how these two Japanese SUV’s ended up in a German-American-Chinese joint venture.

Back now to the competition. The idea was to develop a relatively cheap and reliable utility vehicle that could serve the various branches of the Chinese armed forced for at least a decade into the future. The army asked BAIC to come up with varying proposals and prototypes, and the 2002 was one of those.

The idea of the Pajero Sport-based 2002 made sense. The platform was known to be strong, and Mitsubishi engines have a long history in China, powering zillions of cheap Chinese SUV’s and pickup trucks.

But in the end the 2002 didn’t win the competition because it was a tad too big and heavy, and the Japanese connection might have been a good idea practically, but was sensitive politically. However, there was sure no need to cry for Beijing-Jeep, because the winner was the BJ2022, which too was developed by Beijing-Jeep (!!!), albeit with some real Chinese-American cooperation.

Production of the BJ2022 Brave Warrior started in 2007, five years after the lone 2002 was born! And as time has passed the BJ2022 will soon be replaced by the new Beijing Auto BJ80. But time has not passed for the good old Beijing Auto Works 212. It is still in production and the army still buys them, and there is a civilian version as well, which sells slow but steady to off-road fanatics and the like.

More Beijing military prototypes in a later post, now for a good look at the 2002: 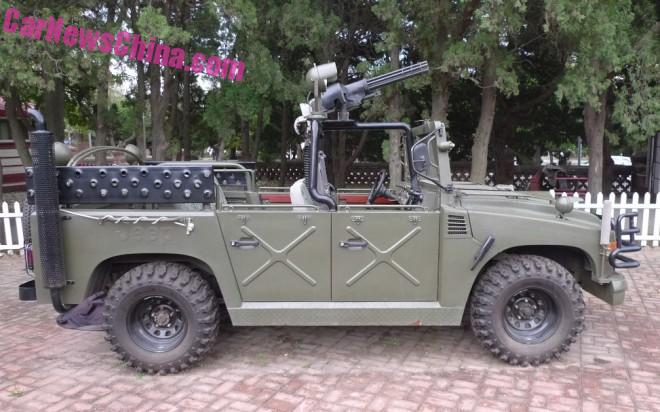 Nothing, and really nothing, was left of the trendy Pajero Sport body work. The platform was stripped down completely and slightly shortened, see the suspension on the left of the rear wheel! A new and military style body was draped over the platform, and off-road tires were fitted in the arches. The Gatling gun on top is a fake and was added by the museum, for fun I guess. 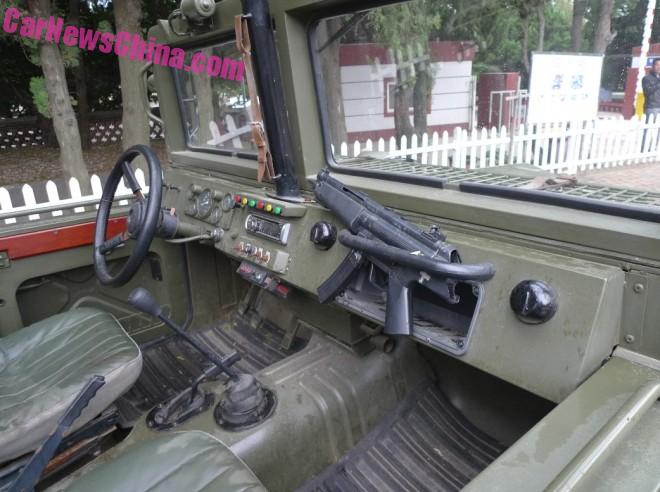 The interior was welded together, some parts were taken straight out of the 212, likely to show the army how cheap this car could be. Interestingly, they did fit a cheap-looking after-market radio. Gun too is a fake, although it looks rally real, added by the museum. I bothered staff to show me the engine but they refused, saying it was not allowed to open the bonnet, so sadly I do not know of the 2002 has the 2.4 or the 3.0. 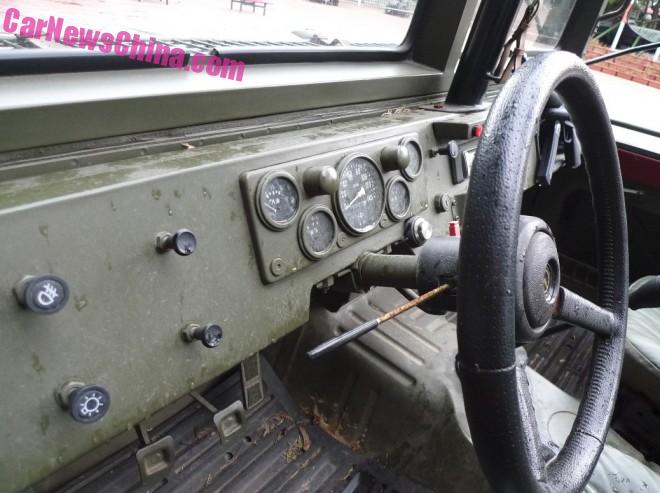 Steering wheel is classic BJ212. Left side of the dash is completely custom. 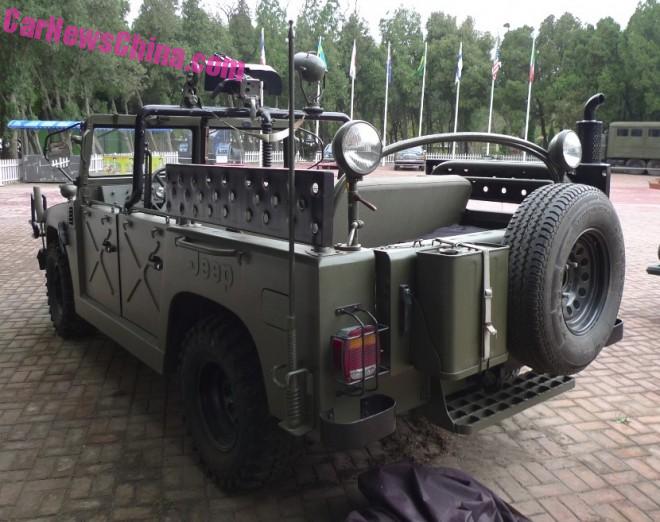 Jeep badge on the rear fender. Antennas were the real military thing. Taillights protected, and two search lights on the back to check for incoming other-prototypes. The exhaust pipe is oddly located on the right side of the vehicle, standing up. Spare wheel differs from wheels. 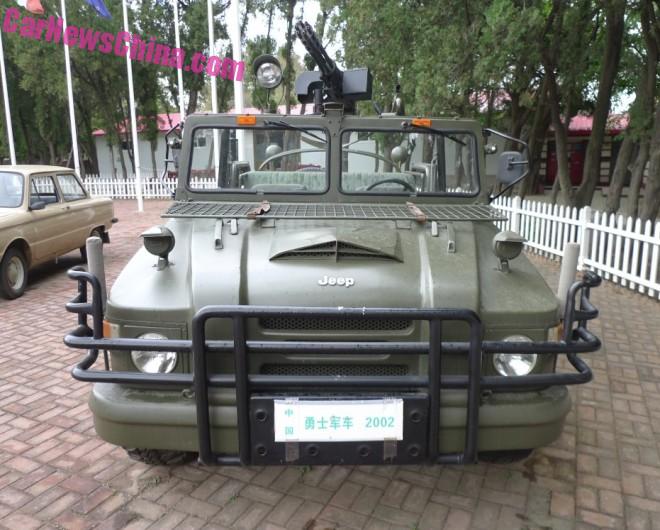 The bull bar is threatening enough to prevent a local war. Jeep badge on the bonnet, but a real Jeep it was not. Air scoop looked weird but it was real. Two blackout lights on the front fenders, but what I loved the most were the orange reflectors on top of the wind shield. Visibility!, feeling safe.