This is the Beijing Auto BJ80C for China 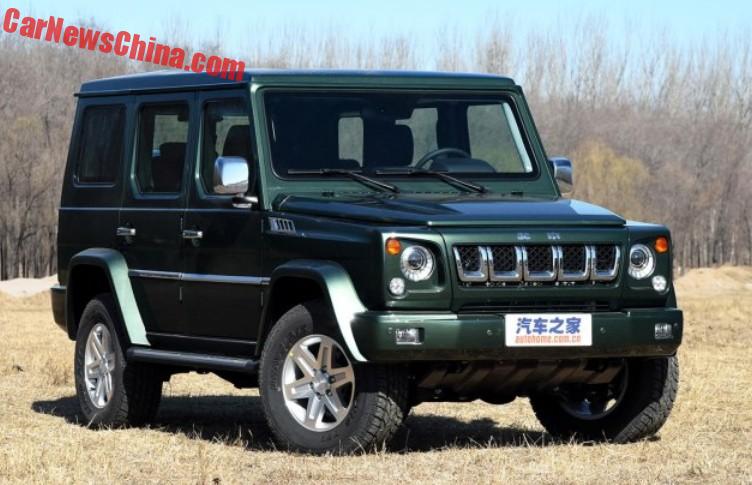 The Beijing Auto BJ80C is finally here. It will have its public debut on the Beijing Auto Show next month and launch on the Chinese car market around the same time, looking all the G-Class plus a bit of Jeep.  The BJ80C is the civilian version of the BJ80 series, which also includes the BJ80J the military version, and the BJ80D civilian diesel version.

The civilian version can be recognized by the sporty wheels, the chrome parts and bits, the shiny grille, the shiny mirrors, the absence of an air duct in the bonnet, and a luxurious interior. This particular example on the photos has been painted in an army-style dark green.

The BJ80C is powered by the Saab-developed 250hp  2.3 turbo four-cylinder petrol, mated to a six-speed manual or automatic transmission, sending power to all four wheels.

Persistent rumors say Daimler was very unhappy with the BJ80 and tried to convince BAIC Motor to kill it off, which caused a lot of delay but didn’t matter in the end, because the BJ80 is here in all its various variants. Daimler just got to take it, or shake it. 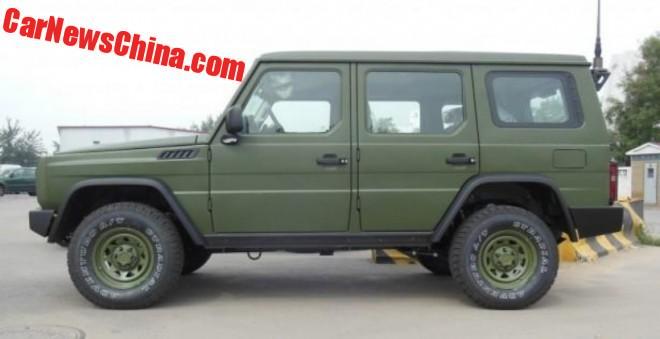 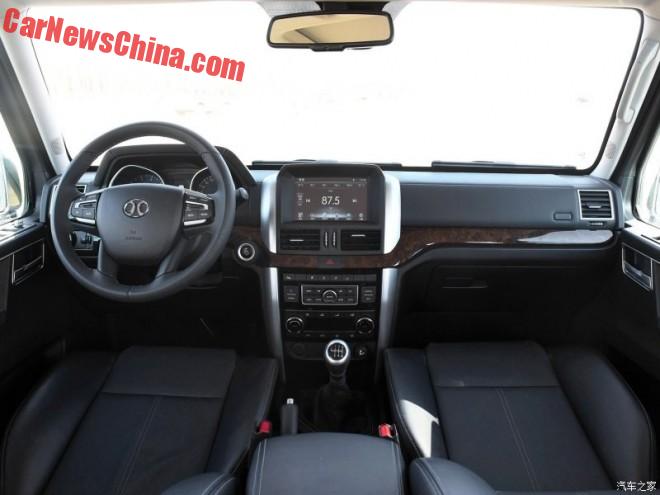 The interior is less G-inspired than the exterior. Large touch screen on top of the center stack, start button to the right of the steering wheel. Lots wood and lots of leather, and even the steering wheel looks kind of luxurious. 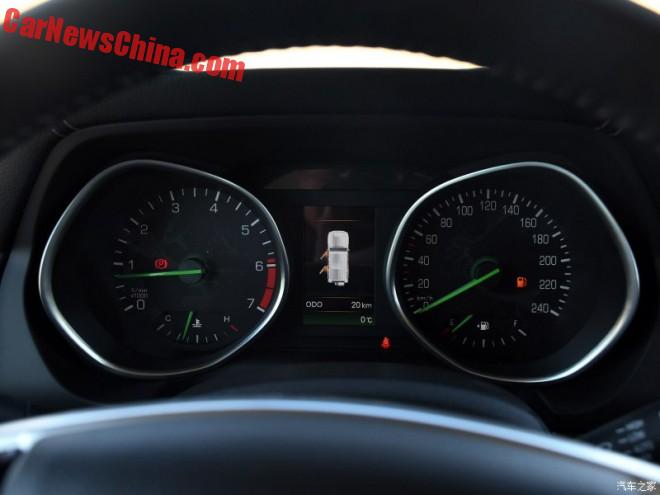 The dials have a fuzzy shape and a shiny rim. Note spare wheel cover on the back of the vehicle in the display. That shows a highly appreciated attention to detail. 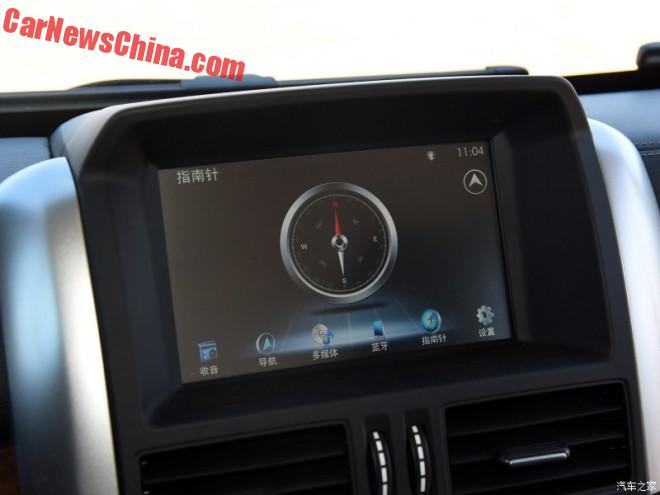 The compass is screen-based these days. The infotainment system has the internet, music, and telephone, but is does not have blue tooth or wifi. 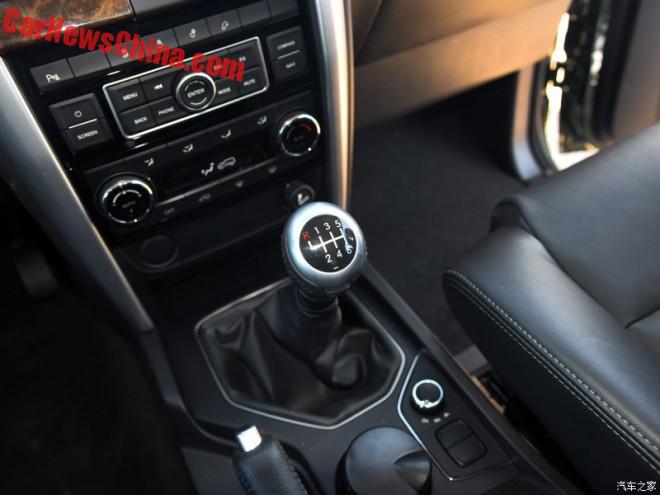 The six-speed manual here, with the reverse on the top-left. Switch for the high-low gearing to the lower-right of the lever. Manual handbrake. 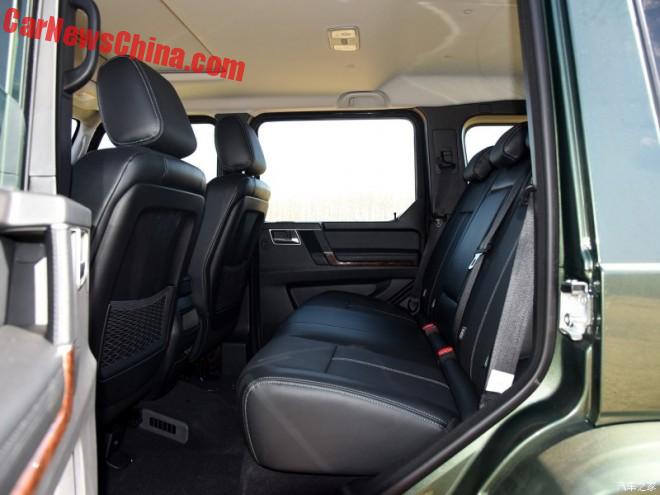 Space in the rear is sheer endless, and passengers can leave even their highest hats on. 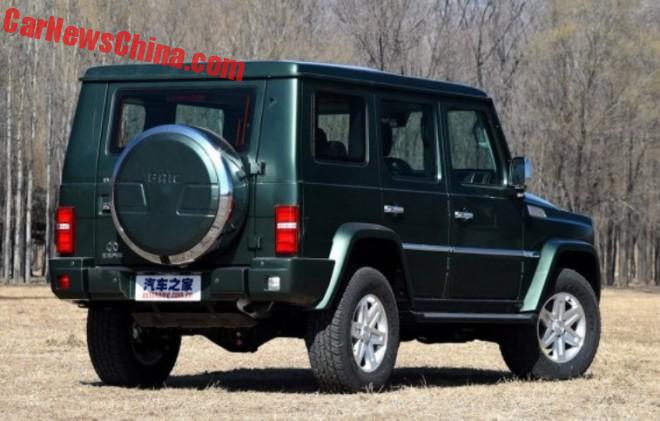 Lights are small but spare wheel cover is huge. Biggest disappointment at the rear is the exhaust pipe. Beijing Auto didn’t really do anything with it, it just hangs under the right side of the bumper, showing its muffler, and looking ugly. It should have been big and shiny and properly integrated! 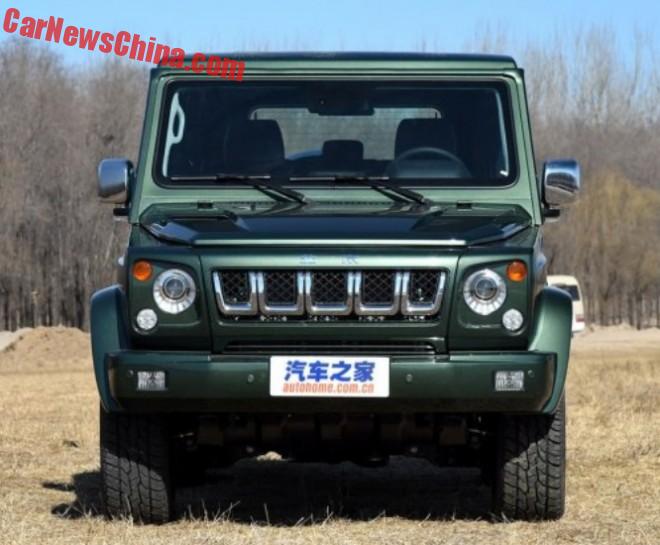 The Jeep-like grille design will soon start to appear on all 4×4’s made by Beijing Auto, including the BJ40 and BJ40L. 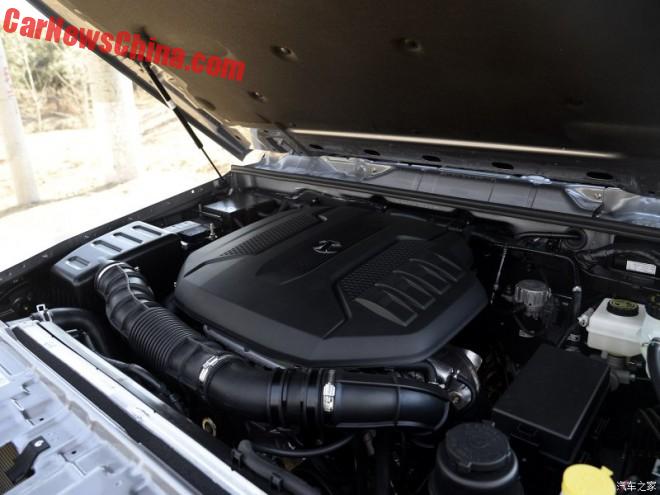 A Swedish heart in a Chinese car. 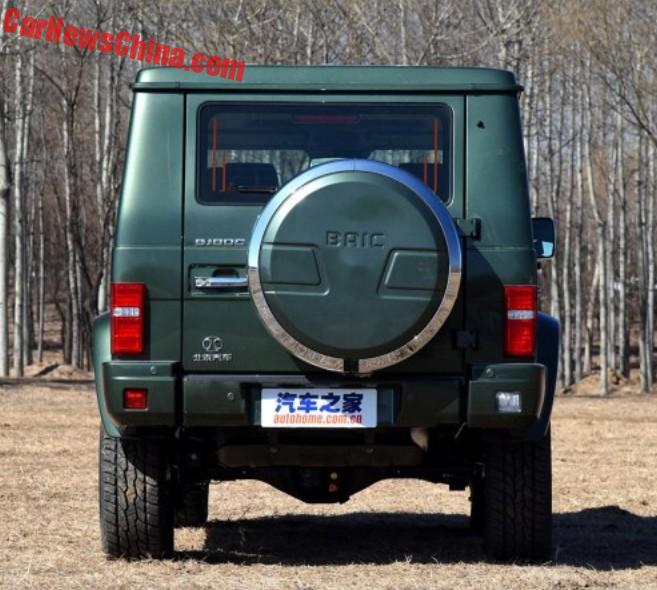 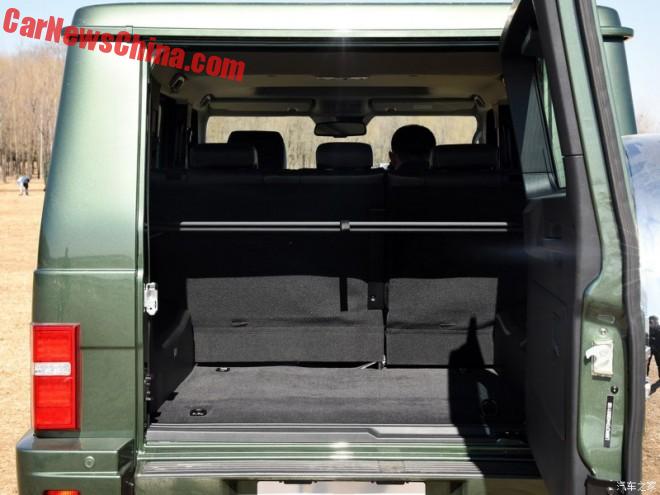 Door opens to the right, which is somewhat odd because it will be very much in the way when the car parked on the side of the road and the owner wants to load the beer. 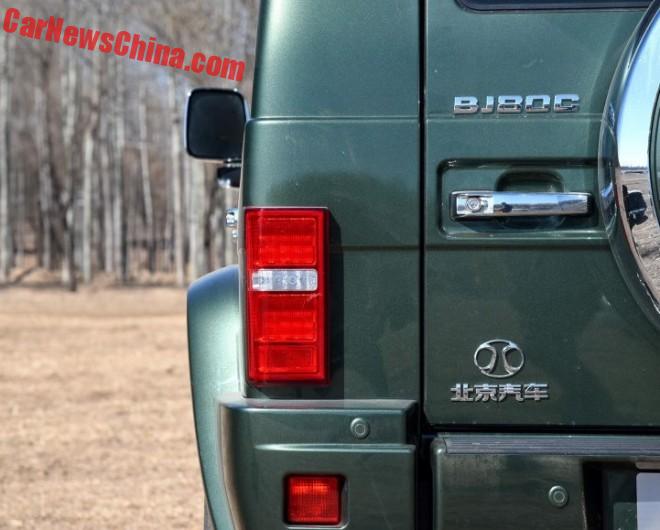 BJ80C badge on top, Beijing Auto badge below, and the BAIC badge on the spare wheel cover. 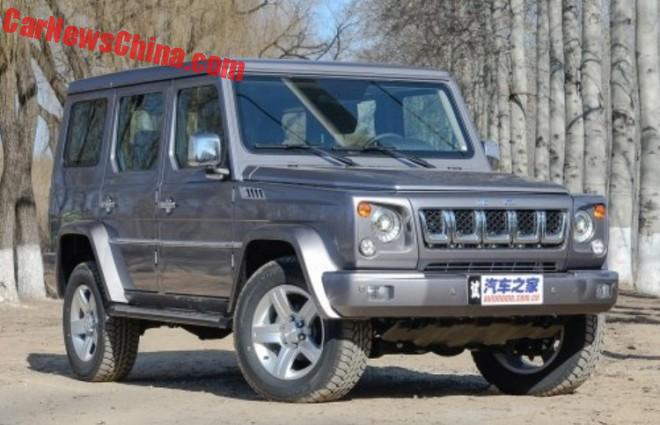 A gray example. Nice, but the chrome doesn’t work. 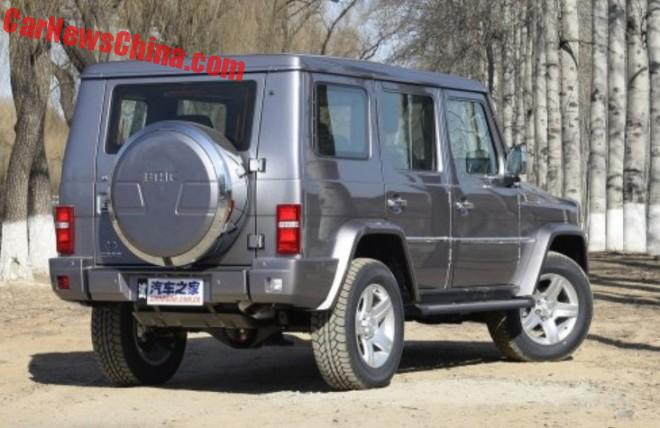 Well, we are happy the BJ80C is finally here. But that pipe needs a fix…