Spy Shots: the interior of the Borgward BX5 for China and a Disagreement 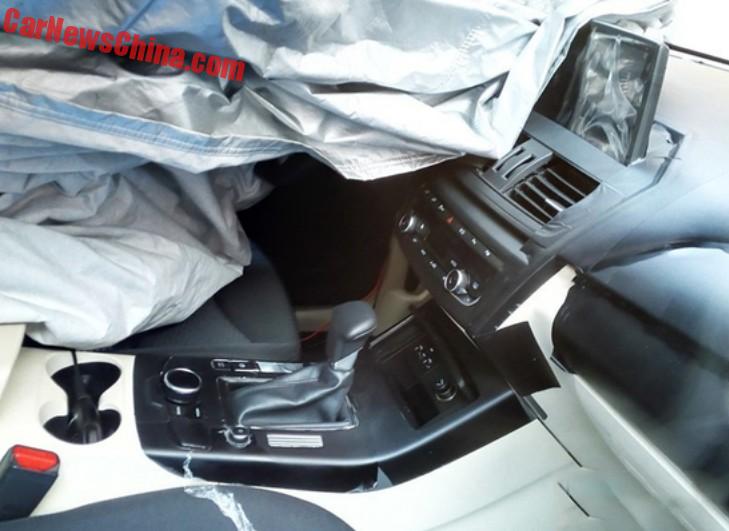 The very first Spy Shots of the interior of the Borgward BX5 SUV, showing a large standing touch screen and various buttons and switches for automatic parking, stability control, electronic parking brake, hill-descent control, and a power-tailgate. Cup holders seem on the small side. In front of the gear lever sits a panel with two USB ports and a cigarette lighter. The Borgward BX5 will be available with three engines: a 1.8 turbo, a 1.4 turbo, and a 1.4 turbo hybrid.

All very nice. Sadly, we are in a disagreement with Borgward about their business. See below:

Borgward is 100% owned by China’s Foton Motor, a subsidiary of the Beijing Automotive Industry Corporation (BAIC). Foton Motor (web) is a commercial vehicle manufacturer. They make heavy trucks, light trucks, vans, minivans, MPV’s, pickup trucks, and rough ‘n ready SUV’s. They also have a truck making joint venture with Daimler-Benz. They will make the Borgward cars in a new factory in Beijing. There will be no Borgward cars manufactured in Germany.

We have been approached by Borgward PR people. We have been contacted via LinkedIn from Germany, and were almost tricked into a meeting here in Beijing, which was not very nice.

Borgward is unhappy with our reporting. They say they are a German company, and that Foton is not their owner, but their largest shareholder. I asked for more details but did not get a reply.

Borgward also says that they have developed the platform for the Borgward BX7 by themselves, and that it is not based on the Beijing Auto Senova X65. I asked for more details but did not get a reply.

I also asked the PR person to comment on this chart, showing the ownership structure of Borgward. This chart has been released by Foton to Chinese media. I did not get a reply.

As far as I can see Borgward is thus 100% owned by Foton.

The platform question: the BX7 is size-wise extremely close and shape-wise very close to the Senova X65. In all appearances they are the same car with a different front and a different engine. I asked the PR people to comment on this, but got no reply. The engine by the way is a 2.0 liter turbo developed by Foton, where it also powers the rather agricultural  Sauvana SUV.

In China each car gets a vehicle designation code, mandated by the government. The code for the Borgward BX7 is BJ6470B1X5, with slightly different codes for the various variants. The ‘BJ’ in the code stands for ‘Beijing’, short for Beijing Auto. The full name of the company that makes the Borgward BX7 is BeiQi Foton Motor Corporation (北汽福田汽车股份有限公司), with BeiQi short for Beijing Qiche, which means ‘Beijing Auto’.

With the designation code come the official measurements. Not the ones the companies claim on auto shows, but the real ones, measured and checked by the government.

Codes and sizes match, especially the all important wheelbase, which is a full match.

We call that the same car. We are eagerly awaiting Borgward’s response. By LinkedIn would be fine, thanks. 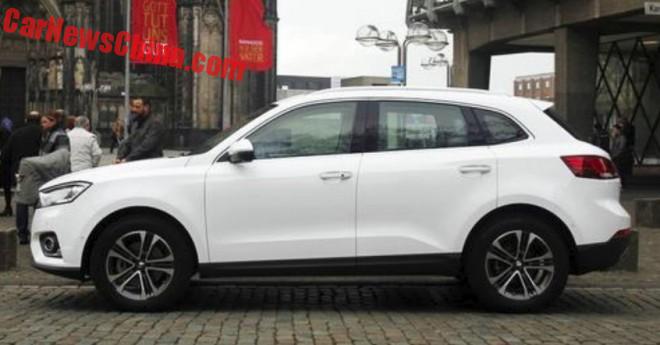 The pictures and word thing. The Borgward BX7 above, in Germany, and the Senova X65 below. Look at the doors, the bonnet, the arches, the creases, the overall proportions, and everything, really. 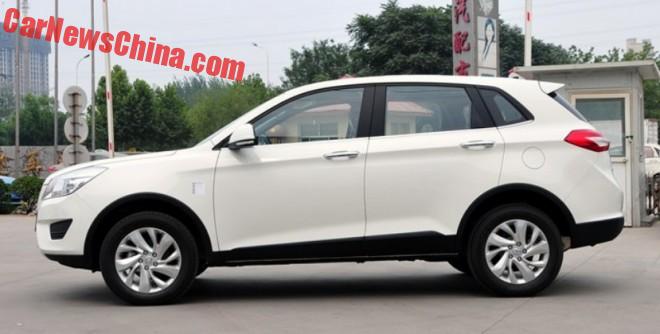