Audi won the legal battle against Nio, and ES8 will rename EL8 in Europe 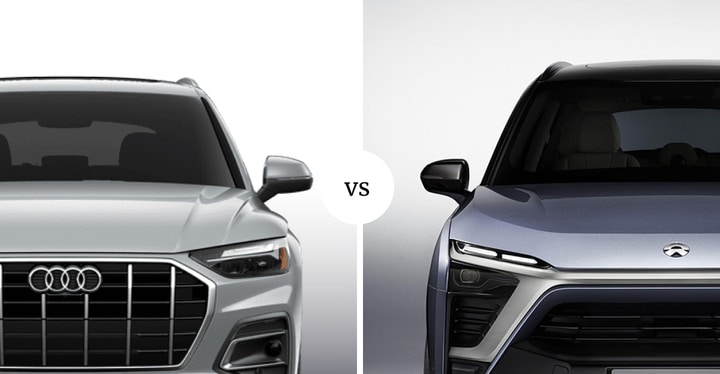 On January 19, the Munich Regional Court in Germany arbitrated in favor of Audi in its trademark lawsuit against Chinese EV startup Nio. The court prohibited Nio from using and advertising the names ES8 and ES6. The judge declared that there is a risk of confusion with the Audi models S6 and S8.

According to the judge’s explanation, the additional letter ‘E’ is not distinctive enough as it creates a sense of being a shortcut for ‘Electric’. Therefore buyers might assume that the ‘E’ indicates vehicle engine type; in other words, potential customers might think that ES8 is an electric version of the S8.

The court’s decision is not final, and Nio’s spokesperson previously claimed that if the verdict is not in favor of the Chinese automaker, they will likely appeal in the first instance. Nio denies the trademark infringement and claims the confusion is unlikely as the two Nio cars are SUVs while S6 and S8 are sedans.

The legal battle started in October 2021 when Audi sued Nio for damages on its trademark and protection of its S6 and S8 brands at the European Patent Office. Aside from China, Nio has sold ES6 and ES8 so far only in Norway. However, a refreshed 2023 version of ES8 underpinned by the new NT2 platform was launched recently in China, and the car will arrive in Europe in the middle of the year. While officially unconfirmed, the same will happen with ES6.

CarNewsChina learned from people familiar with the matter inside Nio that the whole ES lineup would remain the same in China but in Europe will rename to EL. So the 2023 ES8 NT2 will come to Europe s EL8, and the 2023 ES6 NT2 will come as EL6. The new ES7 SUV has already entered Europe as EL7. Nio will not change the name of the old ES8 in Norway and will finish the sales with the current name, according to our information from inside Nio.

Nio entered Germany in October 2022 along with three other EU countries – Netherlands, Denmark, and Sweden. For EU customers, Nio offers only the three newest models – ET7 and ET5 sedans and EL7 SUV. In December, Nio opened the first EU Nio house in Berlin, Germany. William Li, the company CEO, previously confirmed Nio plans to enter the US market by 2025. Nio already operates an R&D center in California since 2016.

Nio will have a very busy 2023 as it plans to launch its smartphone, prepares two new cheaper subbrands – Alps and Firefly, and want to launch a more extended version of ET5 – ET5 station wagon, or as Germans say – kombi, in Europe. Meanwhile, they keep refreshing their older lineup to the new NT2 platform, and ES6 is next in line for the update. Aside from it, Nio keeps working on its infrastructure projects and plans to add 400 new swap stations in 2023 to reach 1700 units in China and to add 110 PSS in Europe to get 120 swap stations in total.

It will be interesting to watch how Nio can keep such a pace.