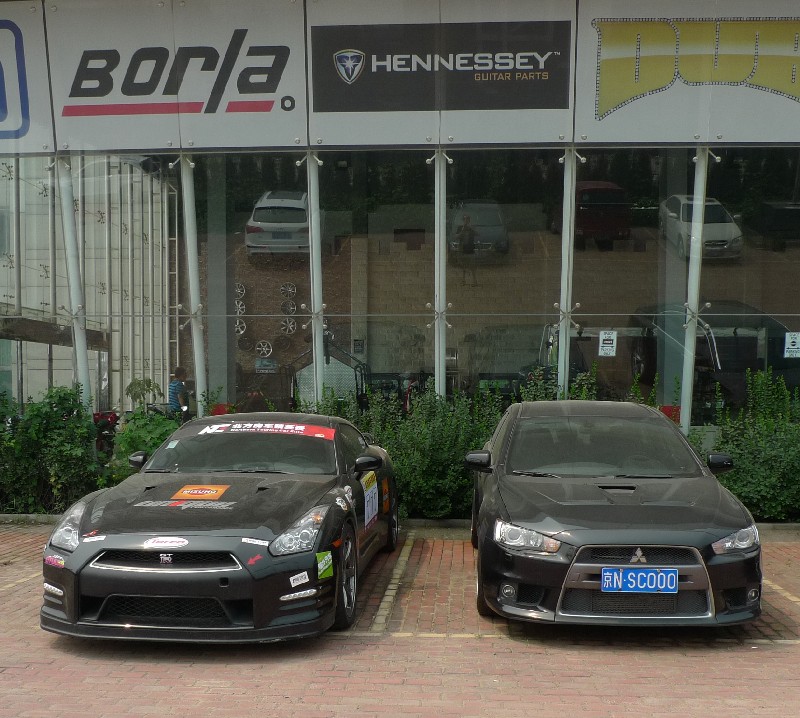 It is always good to start a Tuesday with some heavy Japanese metal! Here we have a black Nissan GT-R and a black Mitsubishi EVO X, parked side by side in front of a tuning shop on the Wufang Tianya Automobile Parts City in east Beijing. Let’s begin with a billboard… 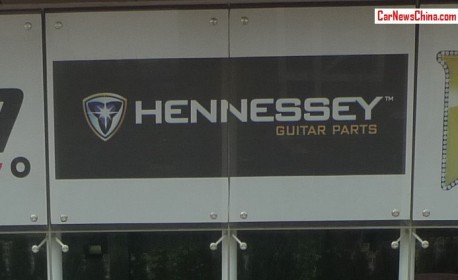 I guess they mean another Hennessey. This shop was not selling any guitar parts, it was selling all kinda car parts, but noting of Hennessey anyway. It is very normal in China for shops to rip some logos of the internet, make them into billboards, and hang ’em on the window. But they don’t always know what they are doing, leading to confusing situations like this. 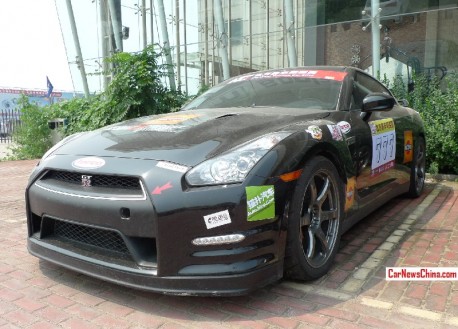 To the GT-R. It was a normal road car but apparently used for racing. Beijing got one racing track, the Golden Port Circuit, where the young & rich & fast can go play with their toys. The Nissan looked standard except for the almost-slick tires, special alloys, and extra large brake pads. 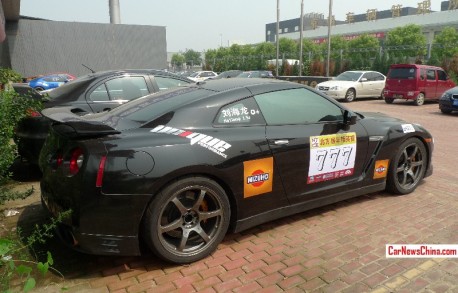 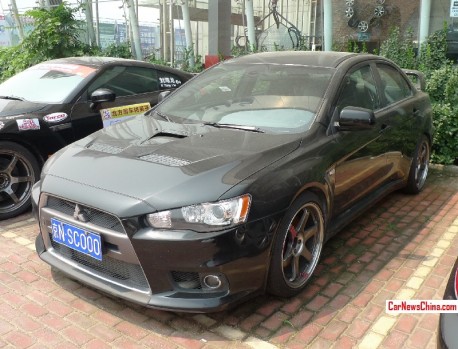 The Mitsubishi EVO X didn’t have the coolio stickers but seemed to be a racer as well. Sale alloys as the Nissan and similar large brakes. The EVO X was launched in 2007 and in powered by a screaming 2.0 turbo with 300hp. A lot less than the Nissan but on a track with a lot of corners the EVO won’t lose that much. 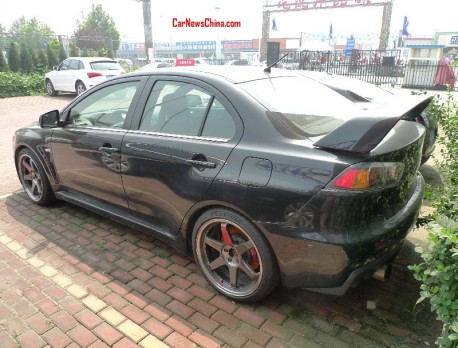 The EVO is very popular as well. Chinese car fanatics don’t care about the GT-R and EVO being Japanese and all, if the cars are good enough politics matter not. The EVO in China: very low, pimped EVO 8, with girls, in gold an with a big wing.