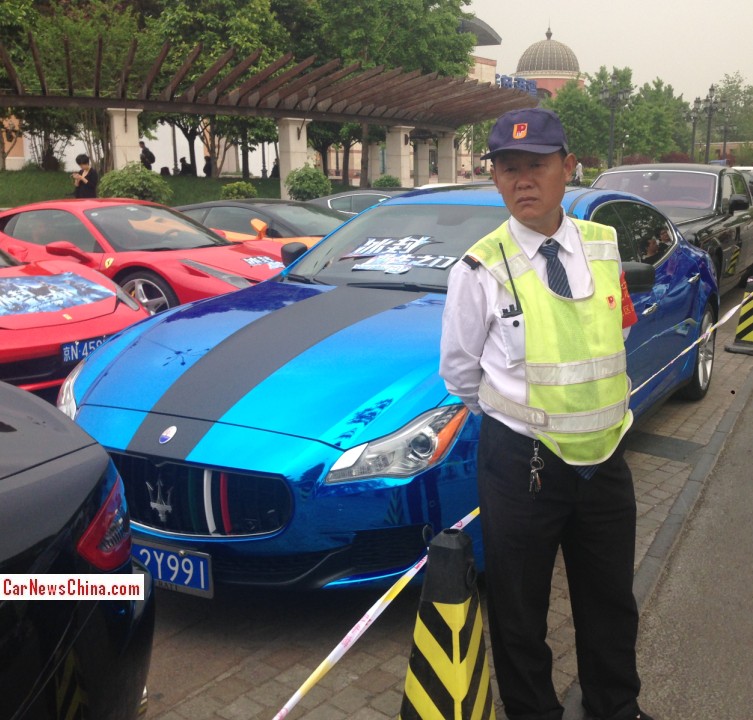 Party time in Beijing as it was the day of the premiere of the movie Iceman 3D. The local chapter of the Sport Car Club was invited to watch and they brought their supercars. The vehicles were parked on a tiny lot in front of the Solana shopping mall, guarded by a bunch of old timers wearing keyrings on their belt.

On the first photo a mad Maserati Quattroporte wrapped in shiny blue with the Italian flag messed into the grille. 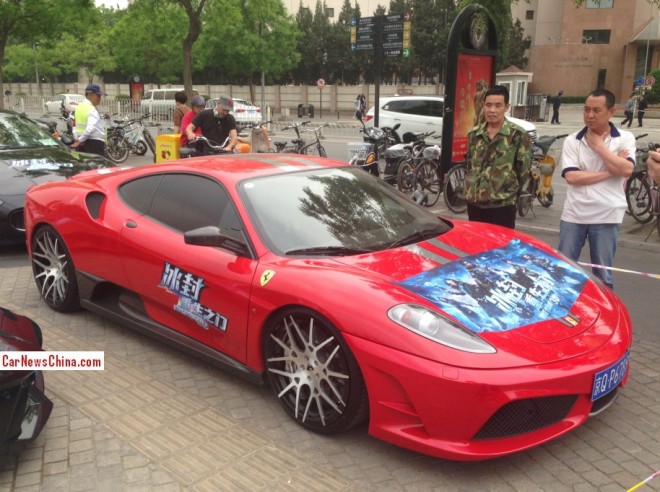 Next up this fabulous Ferrari F430 Scuderia on Fiorano alloys and sexed up further by carbon fiber side skirts and darkened windows. 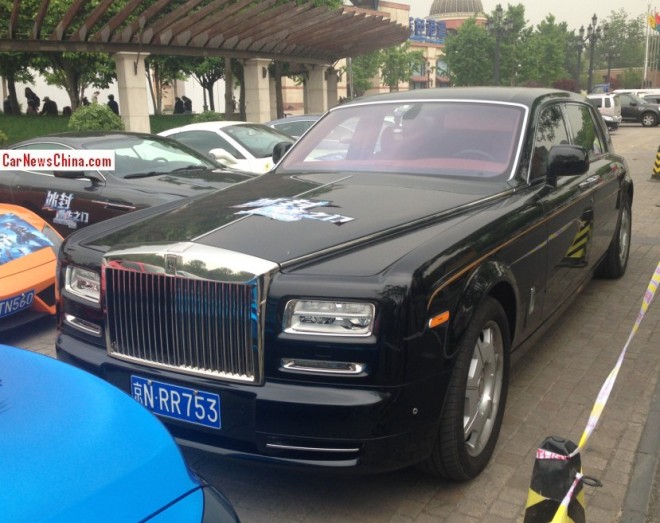 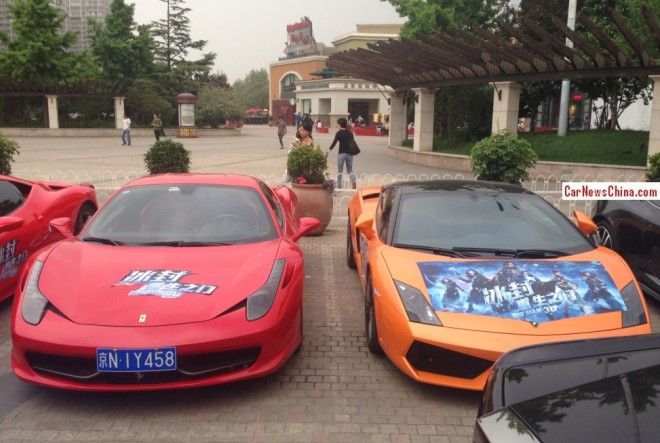 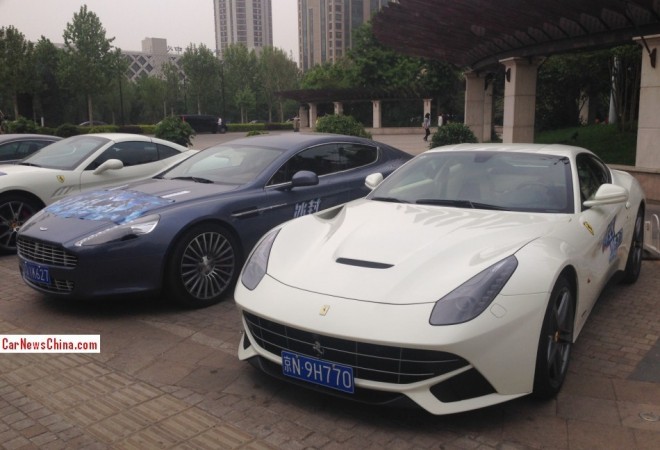 An Aston Martin Rapide and a Ferrari F12berlinetta. 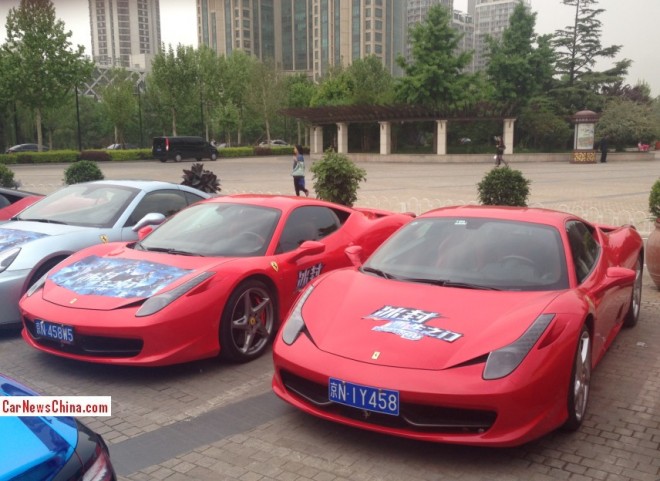 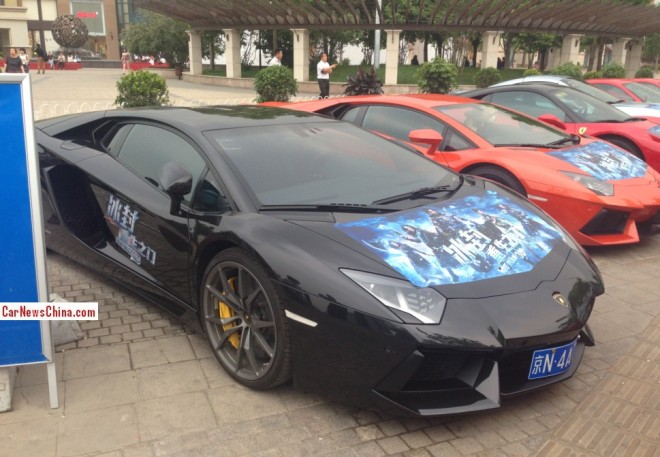 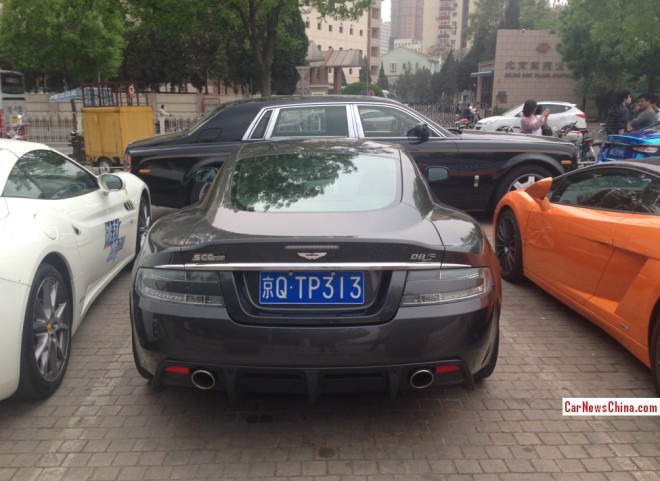 Aston Martin DB9 hits on Roller. Another California on the left. 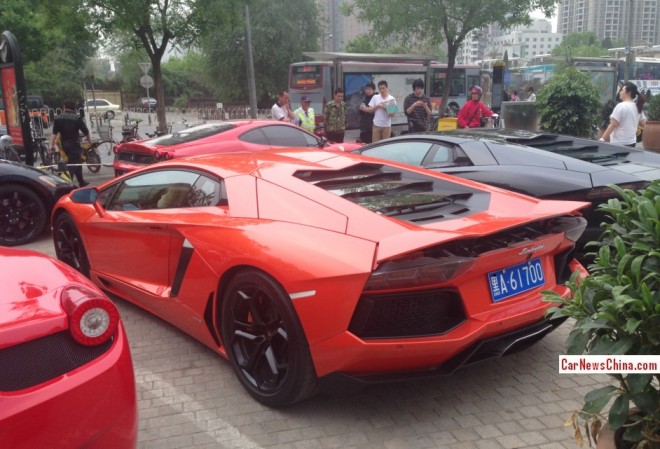 The orange Lamborghini Aventador is registered in Hebei Province, and she has her wing up. Note ‘700’ license plate. 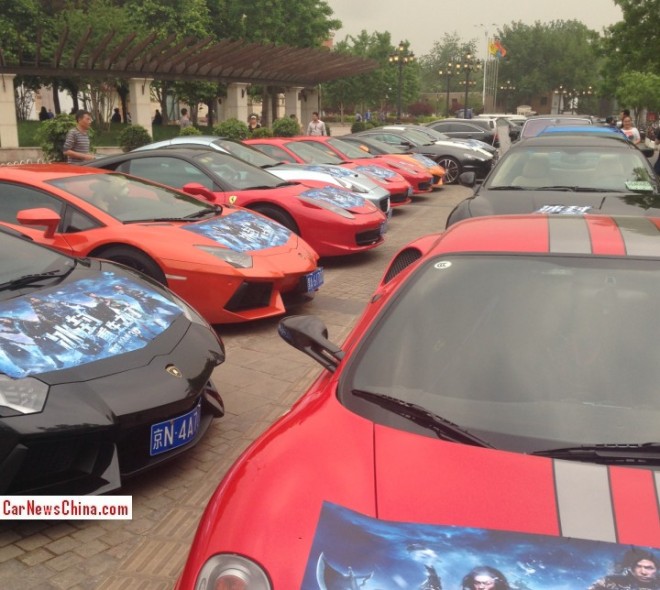 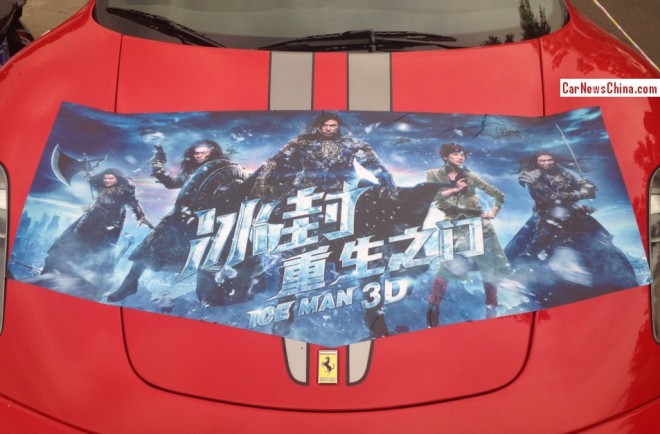 Ice Man 3D is a cool Hong Kong-Chinese martial arts action-comedy movie directed by Law Wing-cheung and starring Donnie Yen. The movie is about Iceman and his mortal enemy Feng San, living 400 years ago in the Ming Dynasty. When Feng San steals a magic Buddha a big fight ensues.

While fighting the two enemies are instantly frozen in ice.  They wake up in present day Hong Kong where they continue their fight, while at the same time battling the 2014 modernity. They should drive supercars and hit each other! Trailer. Hottie is the Chinese super chick Huang Shengyi.