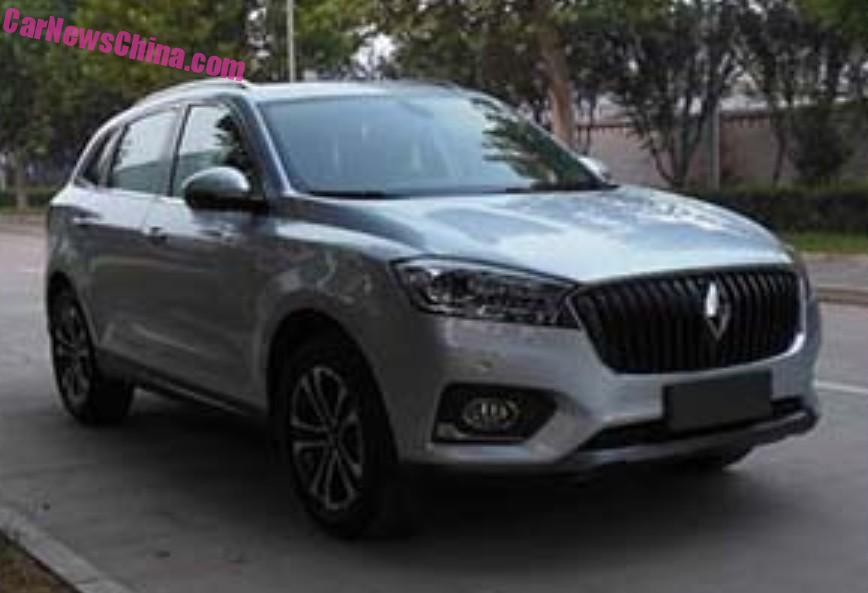 The best Spy Shots so far of the new Borgward BX7 , showing the new SUV completely naked for the first time. The resurrected Borgward brand debuted in September on the Frankfurt Auto Show. The BX7 will then launch on the Chinese car market in the first half of 2016, followed by India and Brazil in 2017, and followed by Europe in 2018. Price of the BX7 will start around 255.000 yuan or 40.000 USD. The Chinese name of Borgward is Bao Wo (宝沃).

Going corporate first. We already knew the BX7 was going to be manufactured in China by Foton Motor, a subsidiary of the Beijing Automotive Industry Corporation (BAIC). We have now learned that Foton is in fact the 100% owner of the whole operation, a fact that is completely omitted on Borgward’s website.

CEO Ulrich Walker and President Christian Borgward are salaried employees, they don’t own a single share.

Foton’s parent BAIC is an  endlessly large and endlessly complicated conglomerate. It has passenger car joint ventures with Hyundai and with Mercedes-Benz.

The Borgward BX7 appears to be at least partly based on the upcoming Beijing Auto Huansu S6. Design of the BX7 and the S6 is very similar, bar for the grille, lights, and front bumper. The Huansu S6 again, is based on the same platform as the Beijing Auto Senova X65. 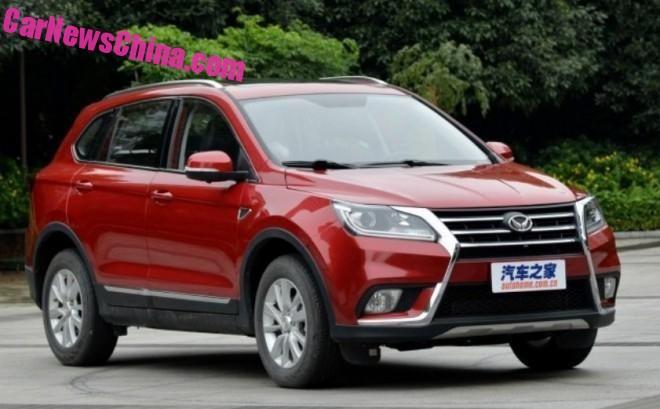 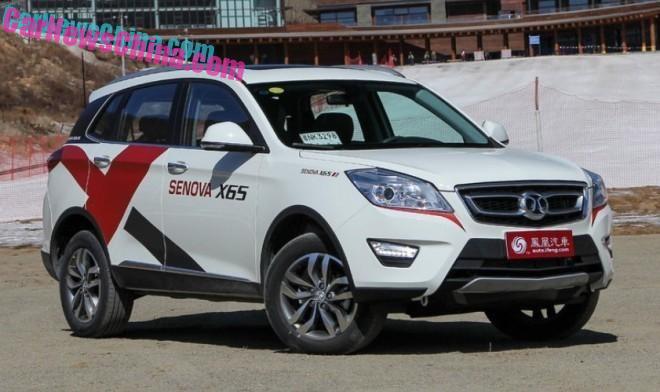 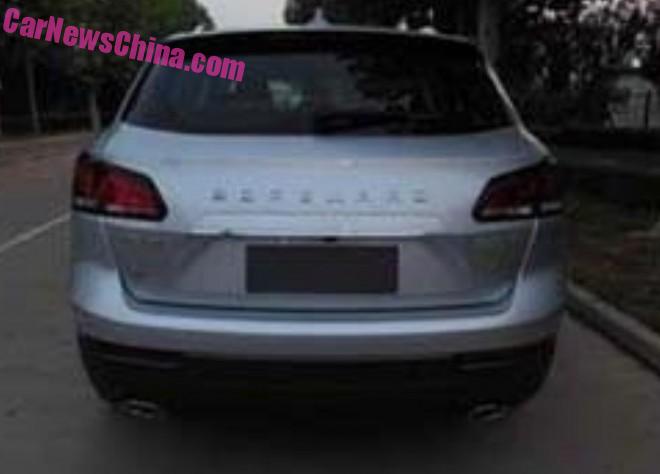 The BX7 will initially be available with only one engine; a 2.0 turbocharged four-cylinder petrol. This engine appears to be unique for the BX7, the rights are owned by Foton and it was developed in cooperation with Brilliance Automotive. The engine code is 4G20TI1. Output is 201hp. Gearbox is a Getrag 7-speed DCT, powering all four wheels. Later on the line-up will be extended by a 3.0 liter turbocharged V6 and a hybrid based around the V6 turbo with a combined output of 401hp. 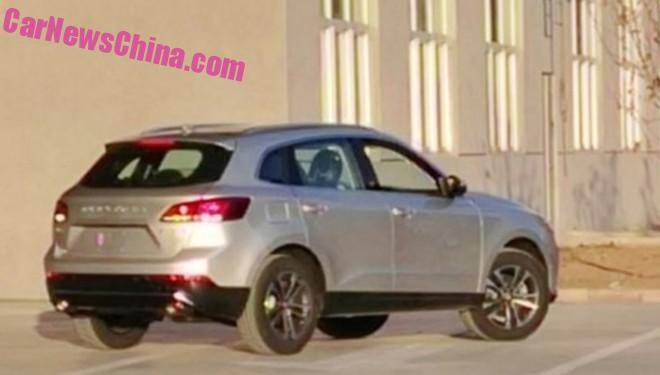 The BX7 has exact the same knack in the third side window as the S6 and the X65. 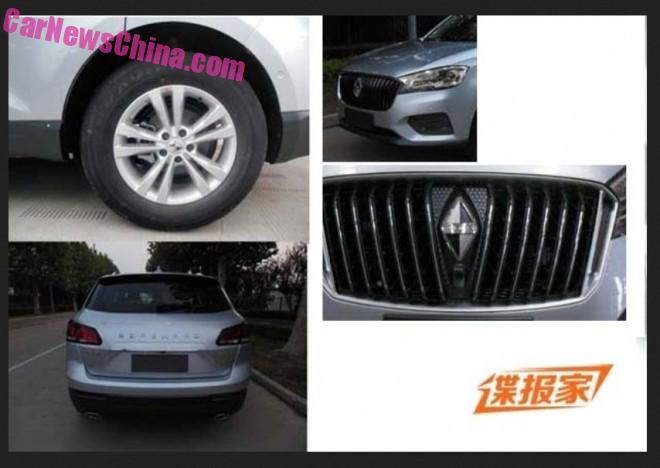 Logo in black and silver. 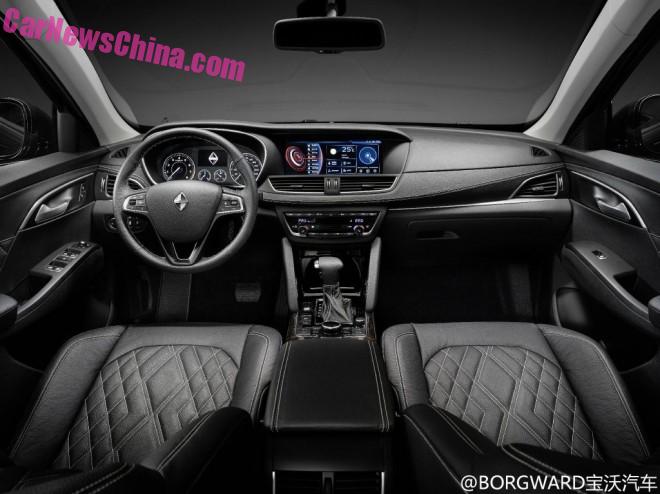 Official photos of the interior, looking very luxurious with Bentley-like seats and an enormous touch screen. Steering wheel looks a tad too 2013. 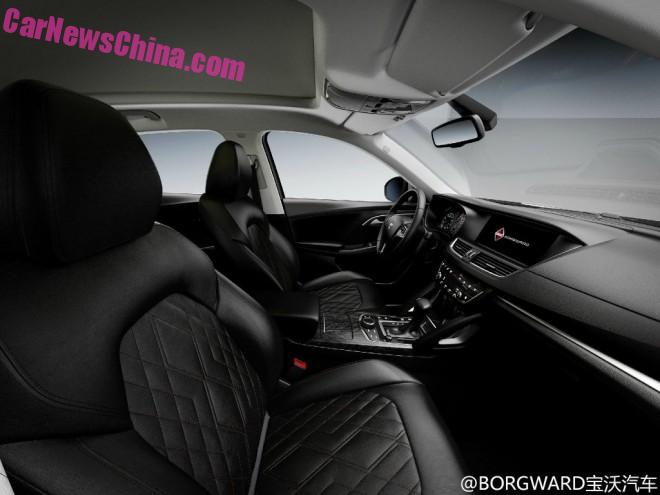 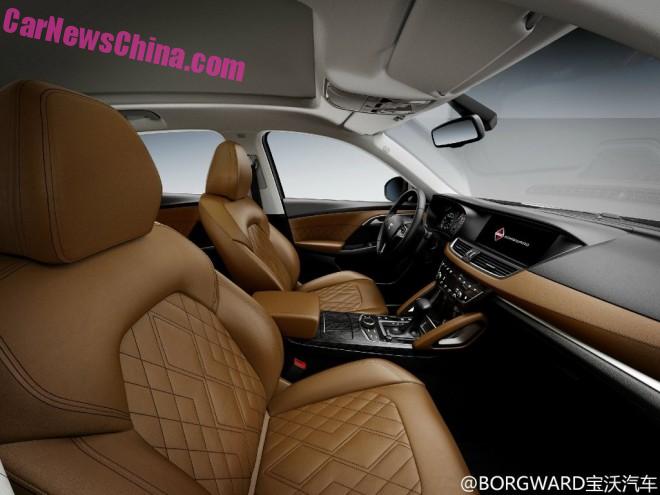 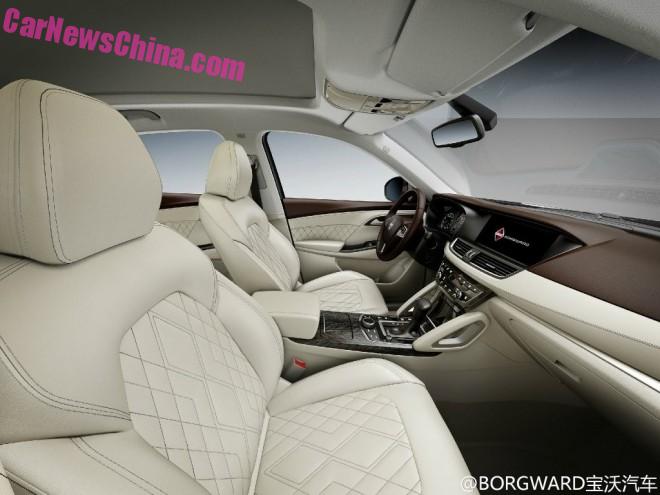 And in cream white.