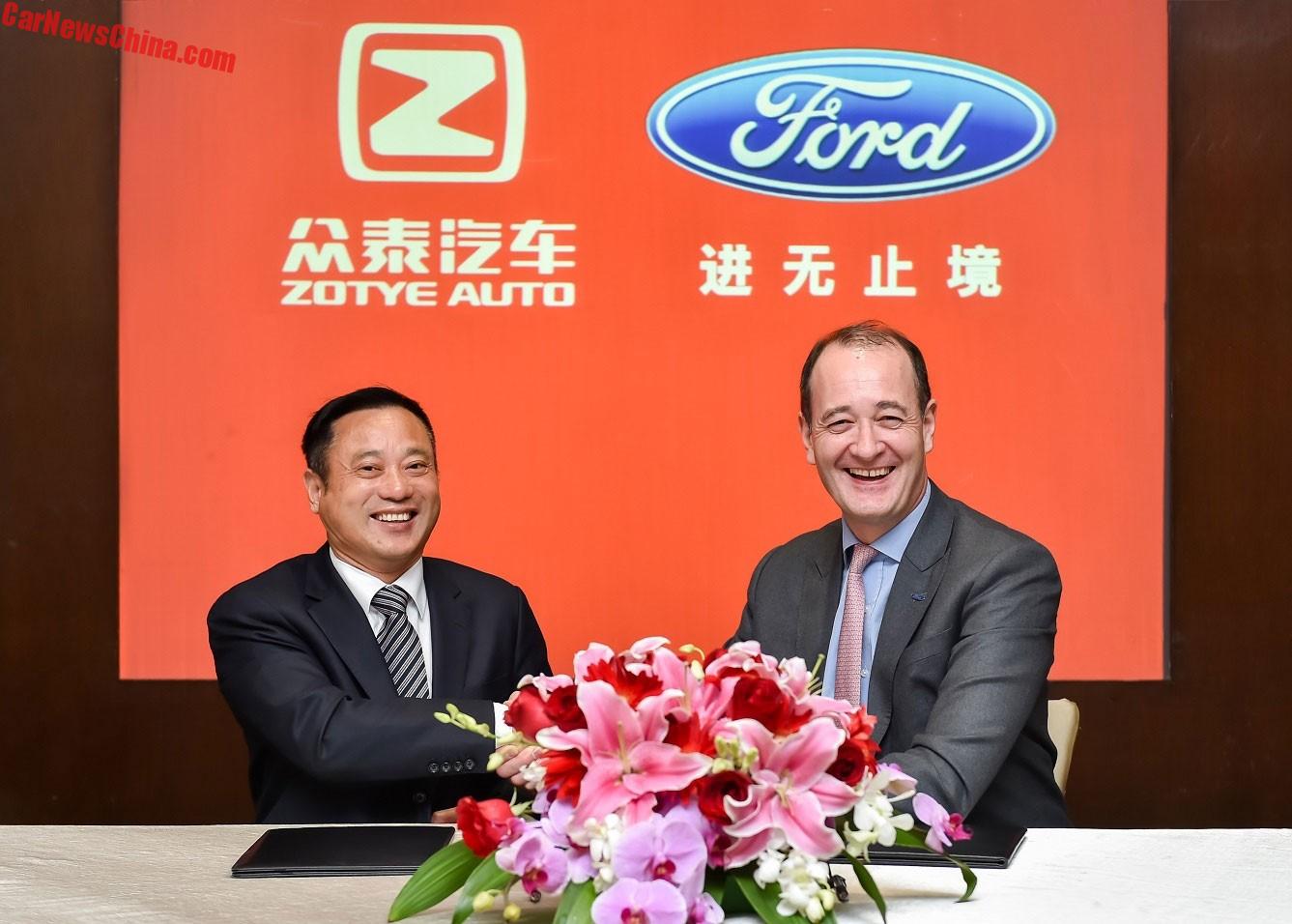 Ford has signed a joint venture agreement to make cheap electric cars in China. The Chinese partner is none other than Zotye Auto, infamous for being inspired by Western automakers such as Porsche, Volkswagen, and Audi. Ford better keep an eye on its new friend.

Companies have agreed to a 50-50 joint venture to develop, build, and sell affordable electric cars. These cars will be manufactured in a new factory in Zhejiang Province. They will be marketed under a new independent brand via a new sales and service network. The joint venture will also explore new ownership models such as car sharing and car pooling.

A lot of new and that is going to cost a lot of money; the total initial investment is 5 billion yuan or $756 million. Zotye has some experience with making cheap electric cars, selling the successful E200 electric city car, which funny enough was ripped off by a Chinese LSEV maker. Karma!

Zotye also sells some very interesting special editions based on their SR9 Porsche clone: one for the ladies and a deformer. Recently, Zotye has been working on a new brand aimed at young car buyers. The brand goes by the sexy name of Traum, dream in German, and their first car will debut next week on the Guangzhou Auto Show. Ford is going to have so much fun with Zotye…