Porsche 911 Carrera S Cabriolet has a License in China 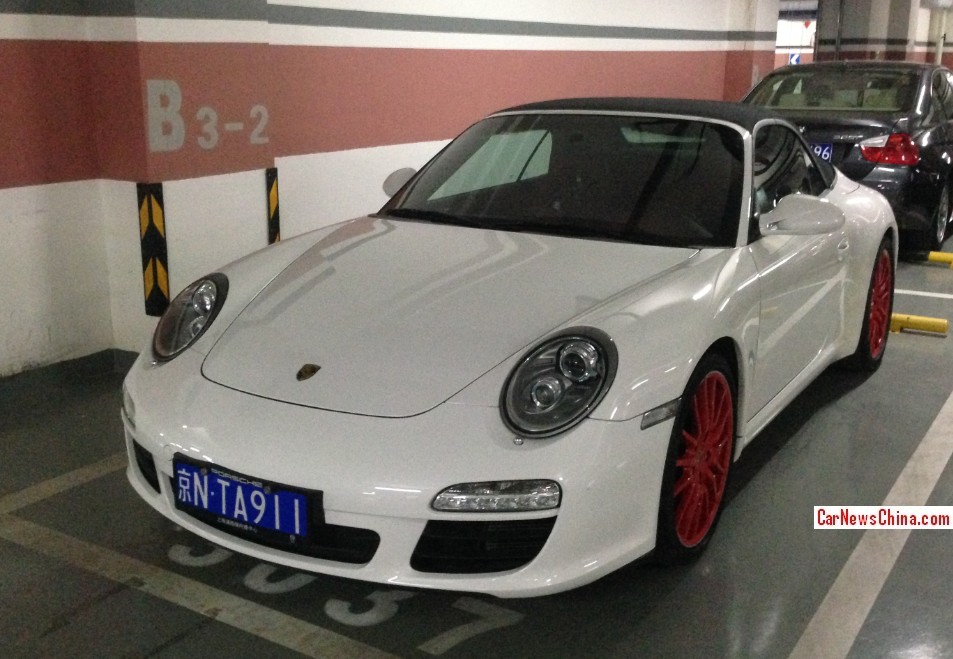 A very posh Porsche 911 Carrera S Cabriolet, Spotted in China in an underground parking lot in the Sanlitun area in Beijing. The license plate reads TA911 and that is by far the best license plate on a Porsche 911 Carrera S Cabriolet we have seen in China so far. In Chinese ‘ta’ means he or she, depending on tone, making for a meaning like ‘He 911’. 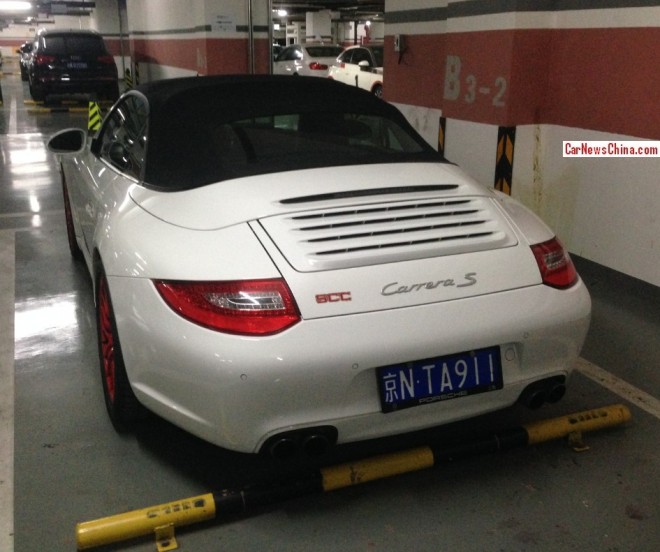 The 911 was slightly sexed up further with an SCC badge. The SCC tag means different thingies in different cities. In Beijing it means Sport Car Club, but in Shanghai it means Super Car Club. There just ain’t no oversight oh no! The 997 Porsche 911 Carrera S is powered by a 3.8 liter flat-six engine with an output of 355hp and 400nm, good for a top speed of 303km/h and a 0-100 in 4.7 seconds. This Porsche is Licensed to Speed!