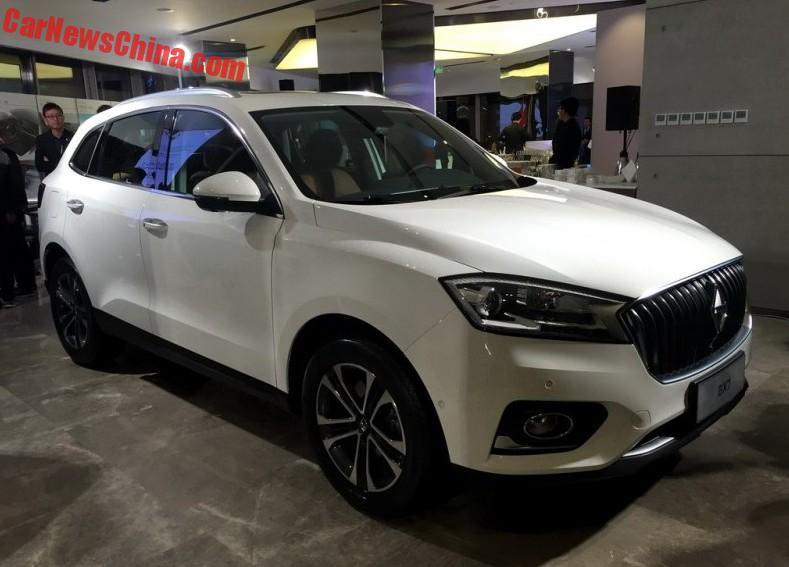 This is the final production version of the new Borgward X7 SUV. It will have its public debut on the Beijing Auto Show and launch on the Chinese car market soon thereafter. The production version seems very close to the concept that debuted last year in Frankfurt, with some minor differences on the grille.

From then on until 2022 another 11 Borgwards will hit the markets. Ambition is good! We see one SUV positioned above the BX7, an MPV, a sporty sedan based on the BX5/6 platform, a smaller sedan, a smaller SUV, another sedan, a wagon, two small MPV’s, and another wagon.

All these cars will be based on the ‘BSP’ modular platform. There are two variants: BSP-T for everything larger than 4.5 meter and BSP-S for the shorter cars. The big BX7 thus stands on BSP-T.

To sell it all Borgward plans to have 120 dealers in China at the end of this year and 200 at the end of 2017. Borgward dis not make any specific announcement on plans for export. 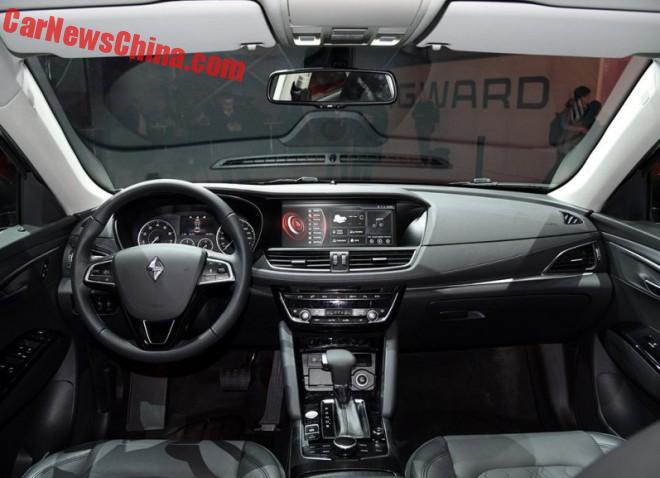 The interior looks great but a tad too dark with all that gray and black. Dials are analogue with a small screen in between. Main touch screen is a 12.3 inch beauty, controlling everything from climate to telephone to music. Gear lever is on the big side for 2016. 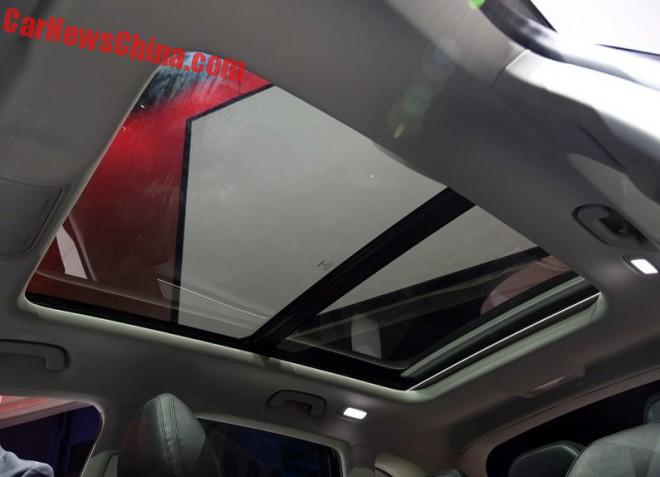 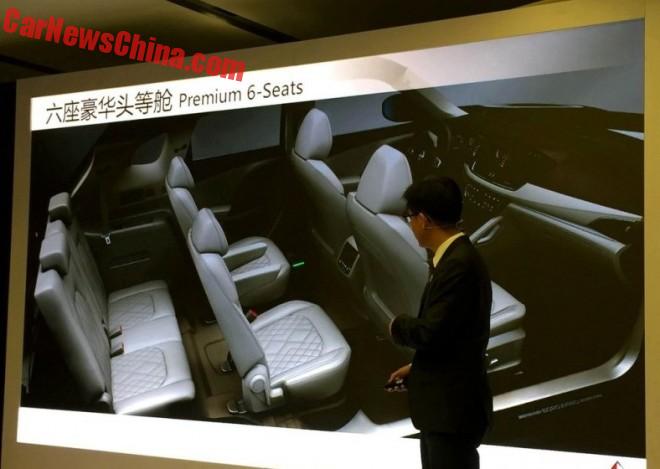 The base model is a five seater. Customers can also order a small bench in the back making it a seven-seat car, and then they can go for ‘Premium’ which deletes one seat in the middle row, as seen on this photo. The two remaining seats do not seem to be much bigger or otherwise fancy, and there is no rear-seat entertainment. 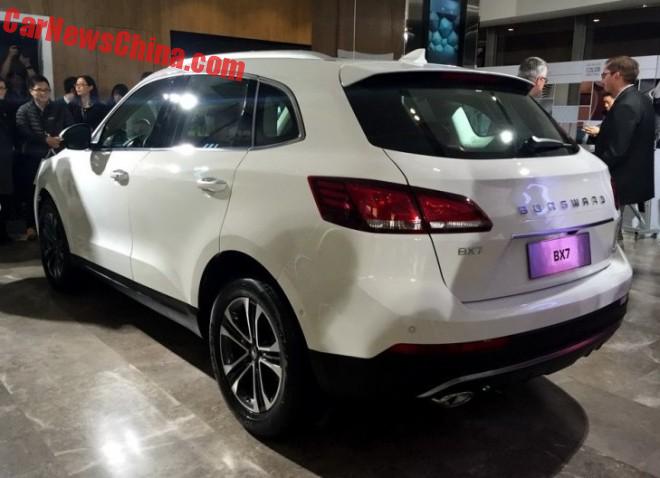 Large lights with the Borgward name in between. 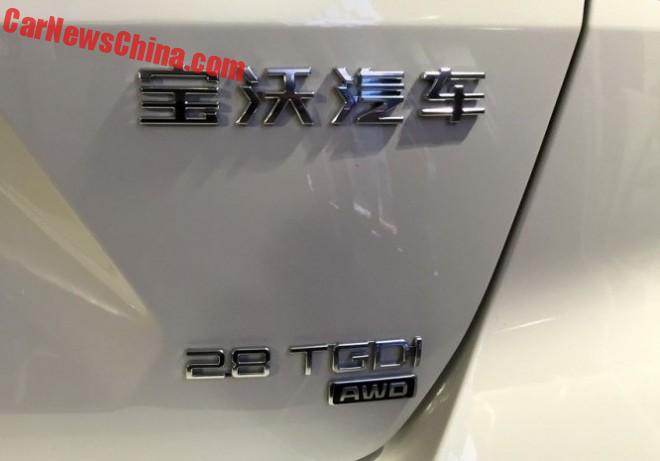 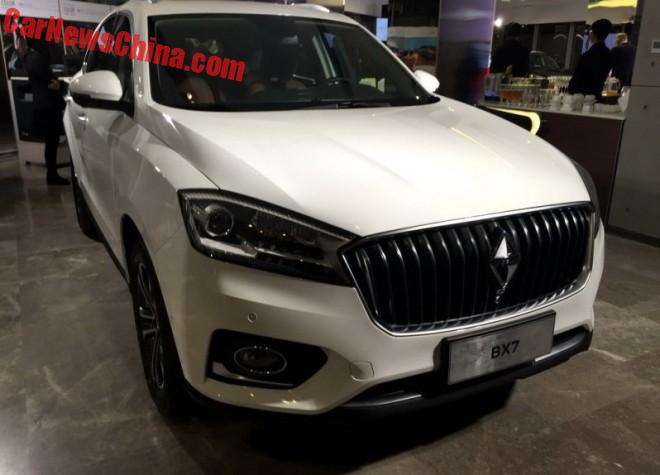 The absolutely impressive grille with the Borgward badge in black and gray.