McLaren MP4-12C is Pink in China 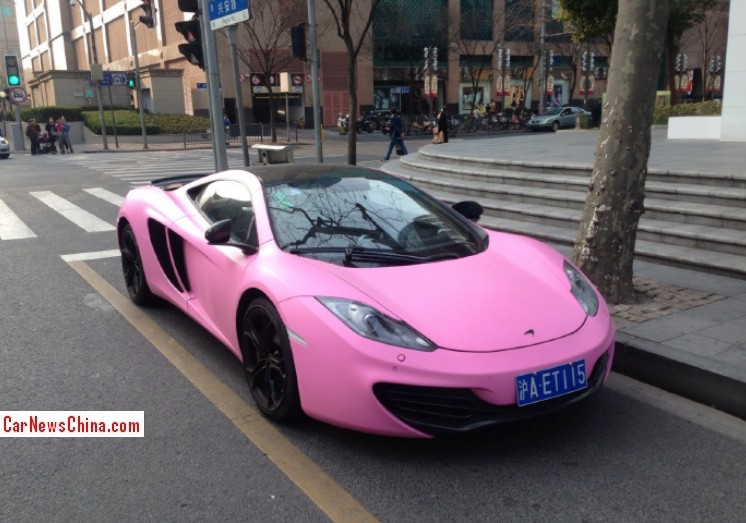 A very manic McLaren MP4-12C super car, Spotted in China in the great city of Shanghai. The MP4 was wrapped in a rather eye-pleasing Pink wrap, it isn’t too shiny and it isn’t too matte. The vehicle is sexed up further quite a bit by a black roof, black mirrors, a black grille, a black wing at the back, and 5-spoke black alloys. 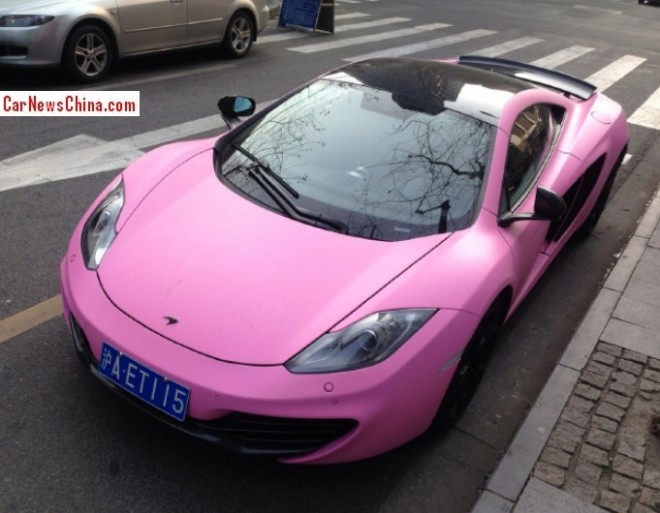 Black parts making for a great contrast with Pink body. The McLaren MP4-12C was launched in China in September last year, more than two years after it debuted in Europe. Price starts at a steep 3.38 million or 552.000 USD. Power comes from a high revving 4.0 liter turbocharged V8 with 592hp and 601nm, good for a 330km/h top speed and 0-100 is gone in 2.9 seconds. Pink Power!