A super sonic McLaren MP4-12C  and Ferrari 458 Italia, seen in the faraway suburbs of the great city of Hangzhou in Zhejiang Province. The two speedy sleds are wrapped in a BAPE wrap, BAPE stands for Bathing Ape, which is a ultra coolio hip hop gangsta clothes-and-such brand from Japan. The owner of BAPE, a man called ‘Nigo’, likes to dress up his cars, with some interesting results. 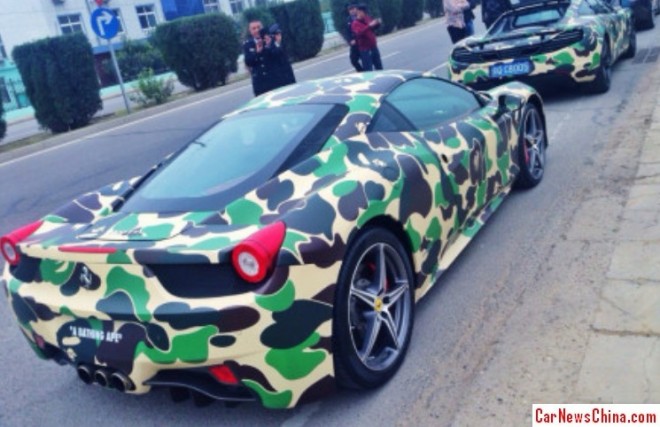 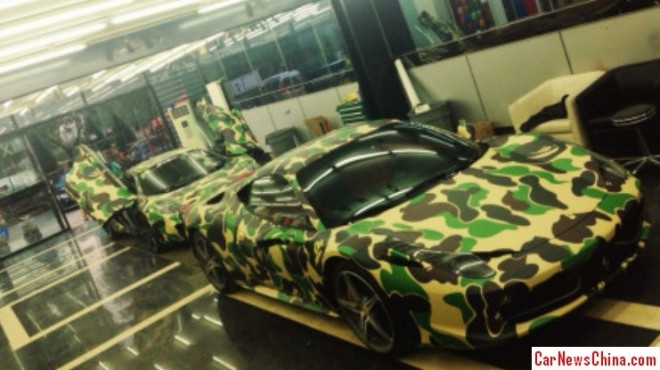 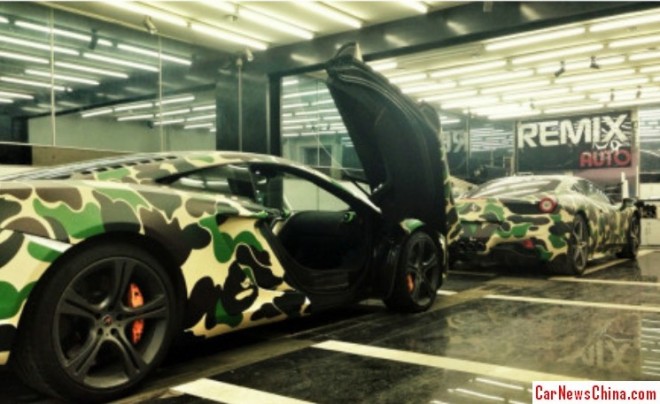 Orange brake pads normally very cool but no good with BAPE. The McLaren MP4-12C was launched in China only in September, more than two years after it debuted in Europe. Price is a steep 3.38 million or 552.000 USD. Power comes from a 4.0 liter turbocharged V8 with 590hp.

Time now, for our Famous China-McLaren MP4-12C Collection™ (all imported before the official launch via the gray circuit): white, orange with Gallardo, more white, Bling, times four, @ the show, gray, with speedy friends, and with the wrong wheel.