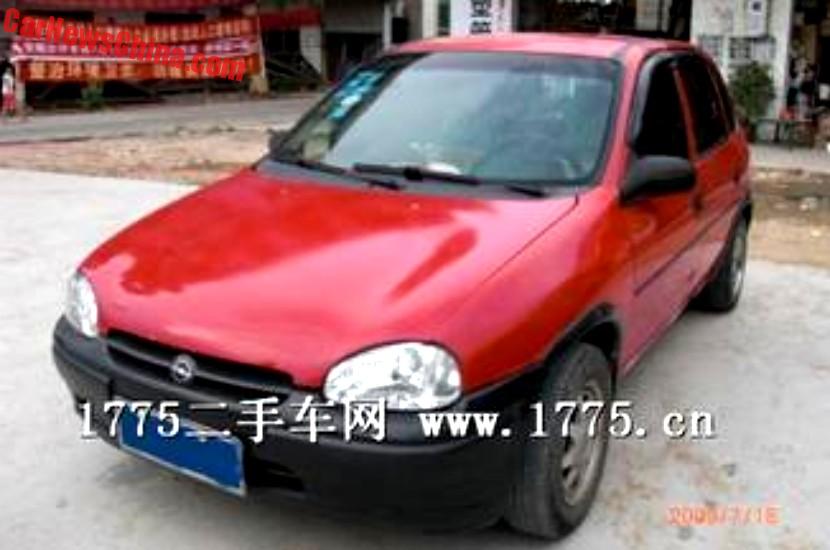 Today in China Car History the story of the China-made Opel Corsa B hatchback, with many thanks to Sam Faulkner who got me on the trail of this great oddity.

What we knew: The Corsa B was manufactured in Germany from 1993 until 2000. From 2001 until 2005 the Corsa sedan and wagon were made in China by Shanghai-GM under the Buick Sail name, and after 2005 under the Chevrolet Sail name.

What is new: the Corsa hatchback was made in China as well. Under the Opel Corsa name. Production started all the way back in 1993 and lasted until about 1996.

The 1990’s were a wild time in China auto land. For a while the rules on Chinese-foreign joint ventures were unusually loose while import taxes were still very high. This led to many misty joint ventures where foreign companies would ship in a whole car in a CDK kit to China, minus a few parts like the wheels or bumpers, which they would ship separately. All would end up at a ‘factory’ where the car would be put together. That would quality it as China-made and it was therefore exempted from import taxes.

The practice was most common in Guangdong Province, which had the most easy rules, and which welcomed any foreign investment with open arms. In the late 1990’s the central government ended the party and from then on strictly enforced its 50-50% joint venture system with all its limitations and regulations.

From the crazy days we remember: Guangdong Wangli Vitara, the Fengshen Citroen XM and Xantia, and the Sanxing Chrysler Voyager. But there were many many more, and many many more again we still do not know about. One of those was the Opel Corsa.

The contract to build the Opel Corsa in China was signed in 1992, one year before production started in Europe. This indicates close cooperation with either Opel Germany or with General Motors, but sadly I do not know much about the foreign side of the deal. If anyone knows more, please let me know in the comments.

In China there were three parties involved: the Jilin Jiangbei Machinery Plant, the Jiangmen Guangdong Industry and Trade Company, and Guangdong Holdings Limited. Only the latter still exists. The first company was responsible for putting the cars together, the second for the import and trade side, and the third to finance the venture. For the location of the factory the partners choose Jiangmen City in Guangdong Province.

The Corsa got a fancy Chinese name: 美鹿JJ7090. The characters are Meilu, which translates as ‘Beautiful Deer’. The Opel and Corsa badges stayed on the car as well.

Jilin Jiangbei was the factory name, Meilu the brand name, and JJ7090 the type name. 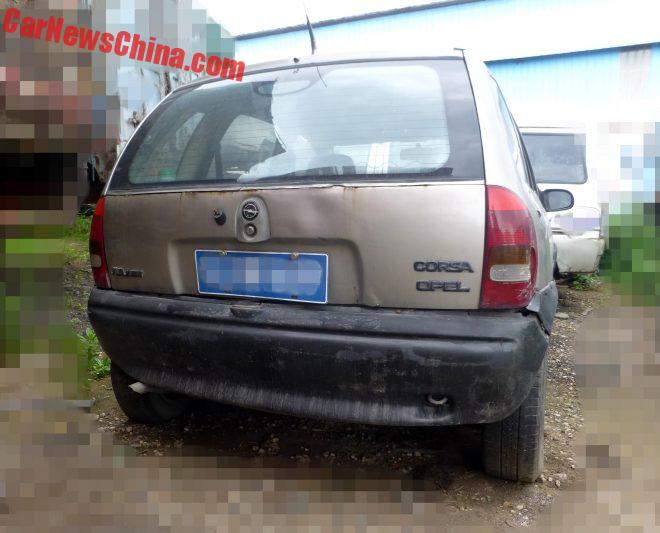 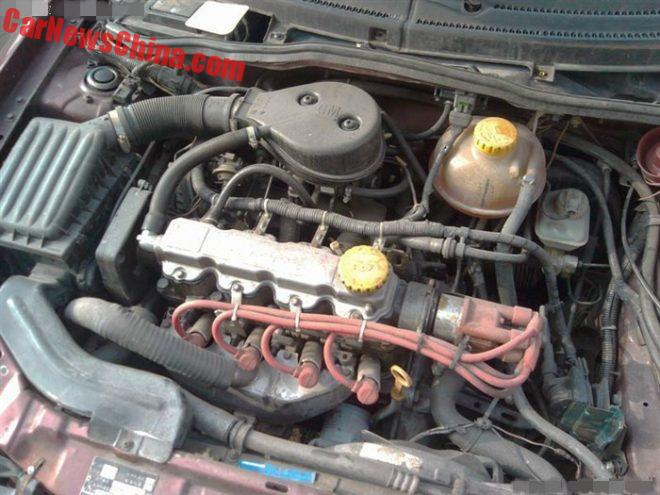 The Chinese Corsa was powered by a 1.2 liter 8-valve four-cylinder petrol engine with an output of 45hp and 98nm, mated to a five-speed manual ‘box. The 1.2 engine was also used in the German Corsa but there it delivered 50hp. 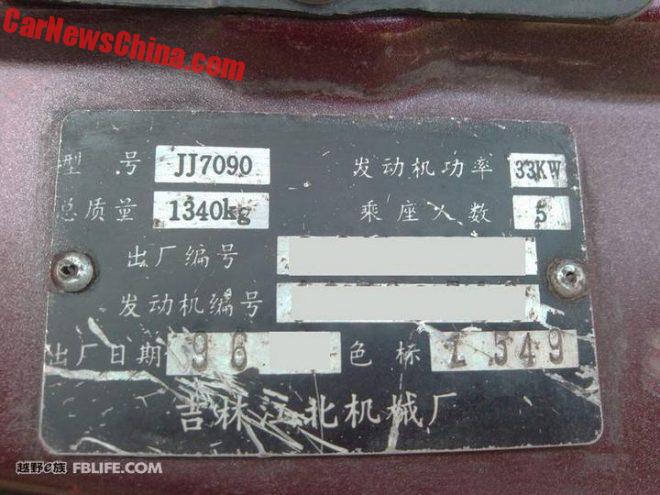 The 5 stands for five seats. This particular car was made in 1996. The characters below ’96’ read Jilin Jiangbei Machinery Plant. 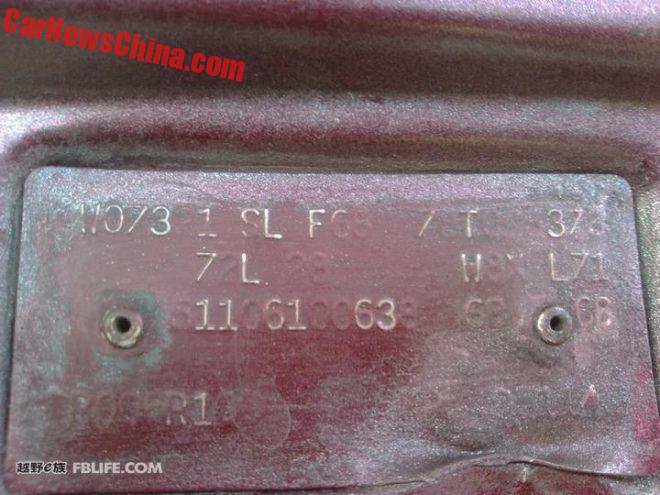 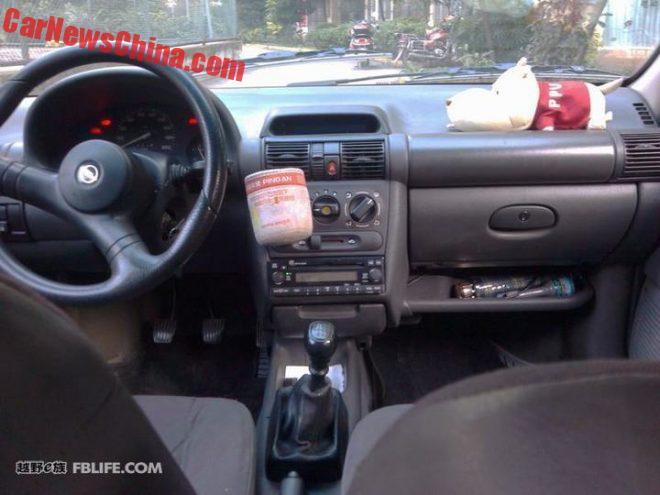 There was only one trim level available, said to be the same as the Corsa GT trim level in Europe, which was the highest trim level at the time. 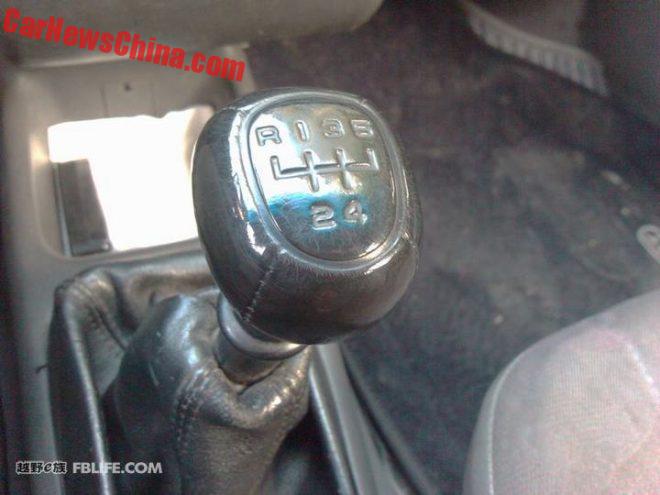 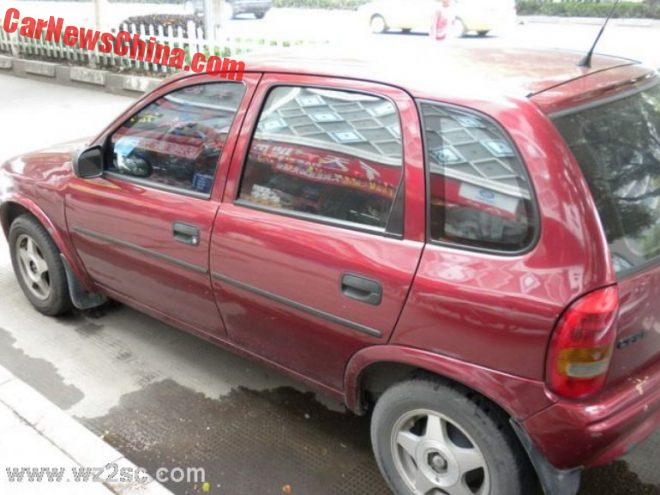 This one has an Opel badge on the left side of the rear door. 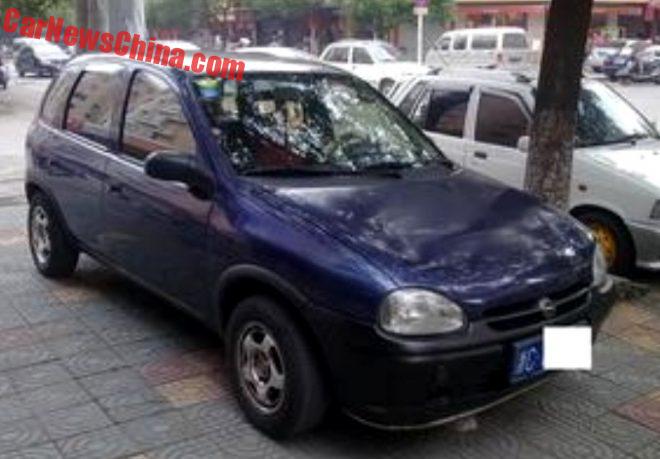 How many cars were made is completely unclear. From old adds for second-hand examples we can see production lasted at least until 1996, and most cars appear to have been sold in southern China. Sadly and badly the vast majority will likely have been scrapped already, or left to rot somewhere along the roadside. A sad end for such a monument of Chinese Car History! But happily there is always more in China; Jiangbei made two other cars under the Meilu name: 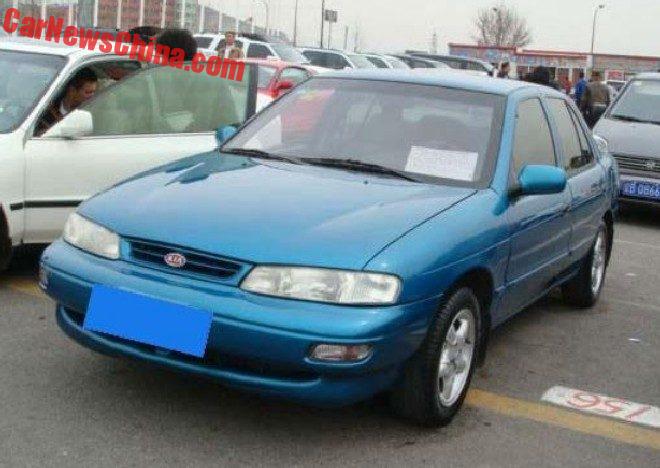 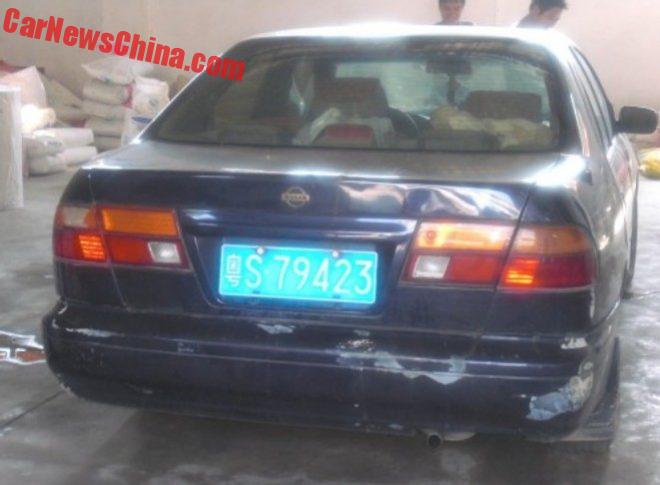 The Meilu name would live on for a long time. In the early 2000’s Jilin Jiangbei licensed the name to Shanghai-based company JM Star, which used it for their Maple brand automobiles. This brand was sold on to Geely in 2003 and became Geely Shanghai Maple. That outfit also makes the Chinese variant of the TX4 London Taxi.

Jilin Jiangbei itself merged into Tongtian Auto in 2002 where it produced, among others, the Tongtian Glow.

I will try to find out more, and more…