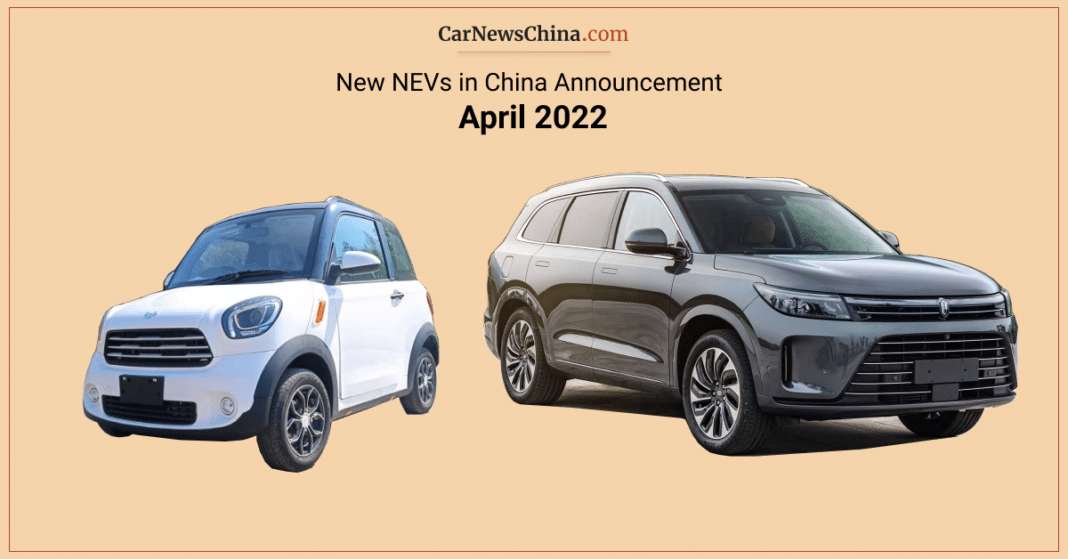 In China, the central government has to approve every new car before an automaker can launch it on the market. The approved vehicles are added to a list, and the government publishes that list every month. The list includes images and basic specs. We have selected some exciting new energy vehicles from this list.

The AITO M7 is a full-size Chinese EREV (range-extender) SUV. As for AITO, it is a joint project between Seres and Huawei. In this joint brand, Huawei supplies the “brain” of the vehicles, while Seres takes care of manufacturing. Back to the M7, its dimensions are 5020/1945/1775 mm with a wheelbase of 2820 mm. It has got three rows for six people.

Worth mentioning that the AITO M7 also has a version with a single electric motor of 200 kW (272 hp). It consumes slightly less fuel: 1.05 L/100km and has the same battery. AITO has already shared the M7’s official shots as well. Speaking about competitors, the AITO M7 is aimed at the Li Auto One.

We have been speaking much about the Geometry E these couple of months. It is a small fully electric vehicle, based on an old petrol-powered Geely Vision X3. Geometry is the electric vehicle subsidiary of Geely and aims to attract a younger, mass-market audience.

And the main feature of the Geometry E is going to be swappable battery technology. The E has got an LFP battery mage by CATL on board. The quirky thing is that CATL, which provides battery to the Geometry E, has its battery swap project with FAW Group (EVOGO). And Geely is their rival, with their battery swap infrastructure emerging. Moreover, Geely plans to launch 5,000 stations by 2025. We will keep an eye on Geometry E.

The Mini Countryman EV? No, It Is Minan ET1

This car is impressive in its cheapness and plagiarism. The Minan ET1 copies the Mini Countryman’s design. But it has only two doors, and it is tiny. But first, let’s speak Minan (敏安) brand. According to Tianiancha, it was established in 2015 as a subsidiary of Minth Group that is involved “into one of the top 100 global auto parts manufacturers”, according to their own website. Minan mainly produces various vehicle parts.

In 2019, Minan tried to launch its first vehicle, branded Minth MX-6. But they haven’t managed to raise enough money to launch the production. And now they want to start over with a smaller car.

So, this car has stolen the Mini Countryman design. And now the main question is, will Mini take some possible legal actions? Once again, it is a real chance of Minan’s fall. But they at least gave us some fun.

The most interesting NEVs in the MIIT catalog