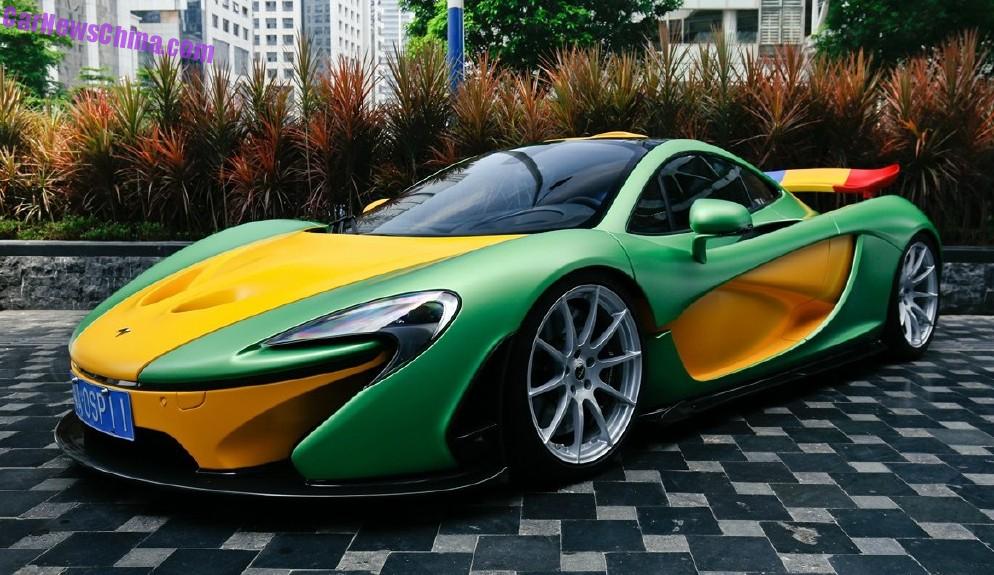 A completely crazy and magically magic McLaren P1 supercar, Spotted in China in the great city of Guangzhou in Guangdong Province by photographer AlexMXY, who is also a fanatic Tomica collector, and thus a very good man. 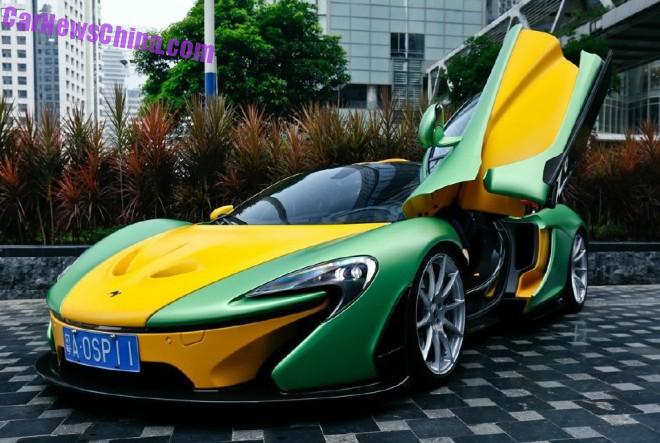 This mad Mecca is a one-off designed by McLaren Special Operations (MSO) for a wealthy local businessman. The body is painted, it is not a wrap, in matte green and yellow, with a yellow roof scoop and yellow mirrors. Windows are darkened and 10-spoke metallic-gray alloys are bespoke. We first met this beauty at a supercar wedding back in January. 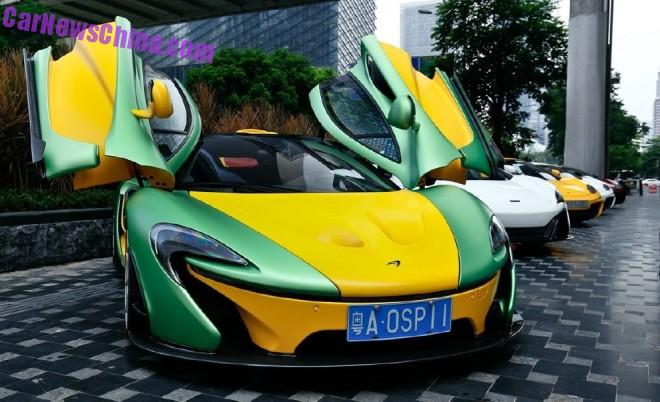 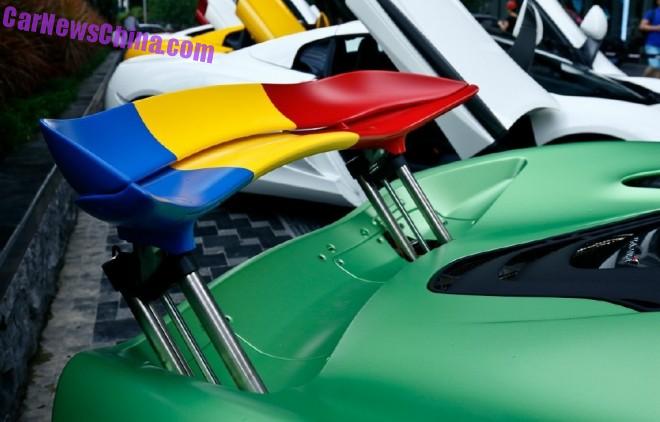 The wing is most interesting as it is painted in blue, yellow, and red. The origin of this scheme is yet unknown, it has nothing to do with the Chinese flag or anything else obvious. 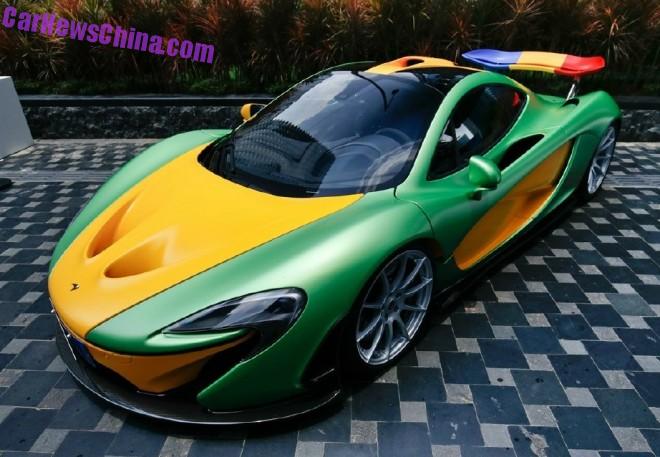 What a crazy car!, and we love.