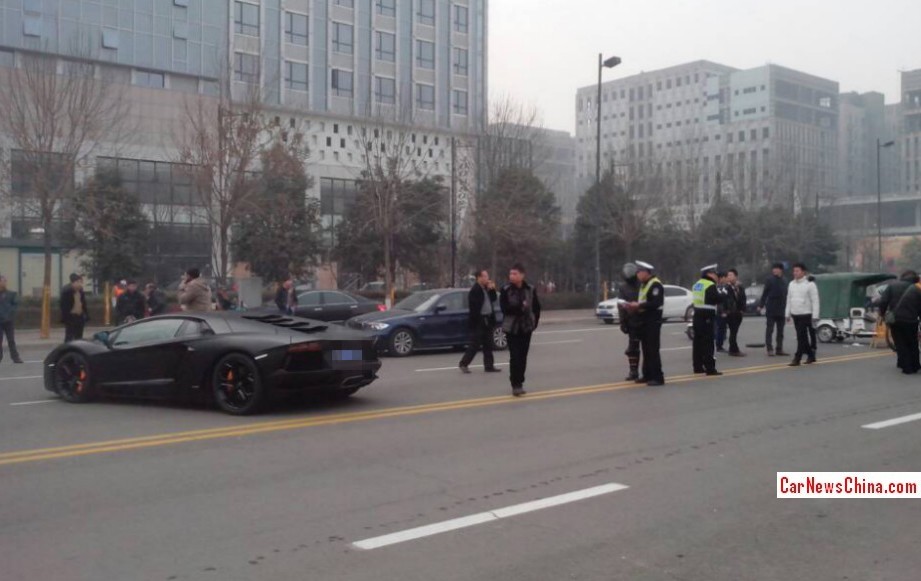 Nasty super car crash in China. A matte black Lamborghini Aventador with orange brake pads hit an electric tricycle on a road in the great city of Xuchang in Henan Province. The Lamborghini suffered a damaged left-front headlight. The electric tricycle, seen here on the right with a green soft top, was damaged beyond repair. 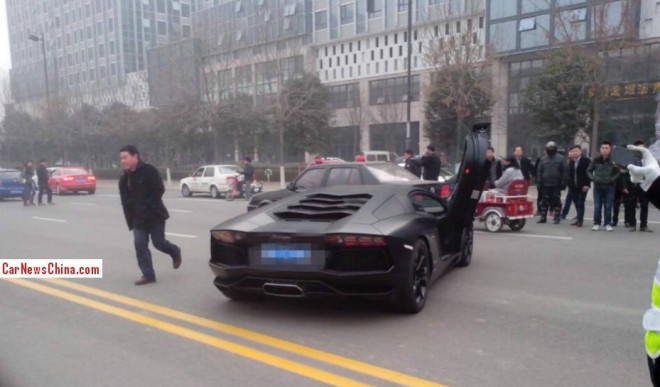 But there are a few questions: 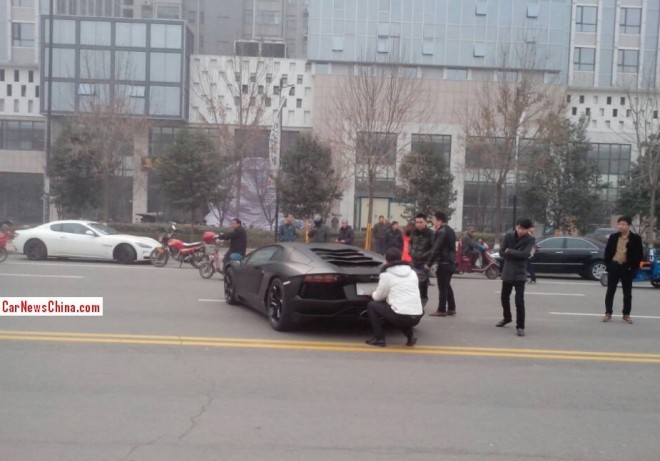 The photos above show the Aventador with its license plate blurred out by the original Chinese source. But this photo, taken a few minutes earlier, shows the owner of the Lamborghini removing some kinda metal plate covering the license plate, indicating the license plate was hidden at the moment of the crash. Furthermore, the photo shows a very speedy white Maserati GarnTurismo, and that is likely not a coincidence. Was the Lambo involved in an illegal street race with the Maserati and did the tricycle end up in the middle..? The police investigates. 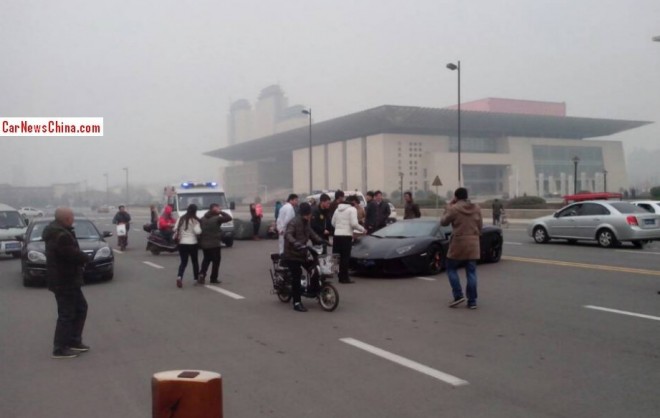