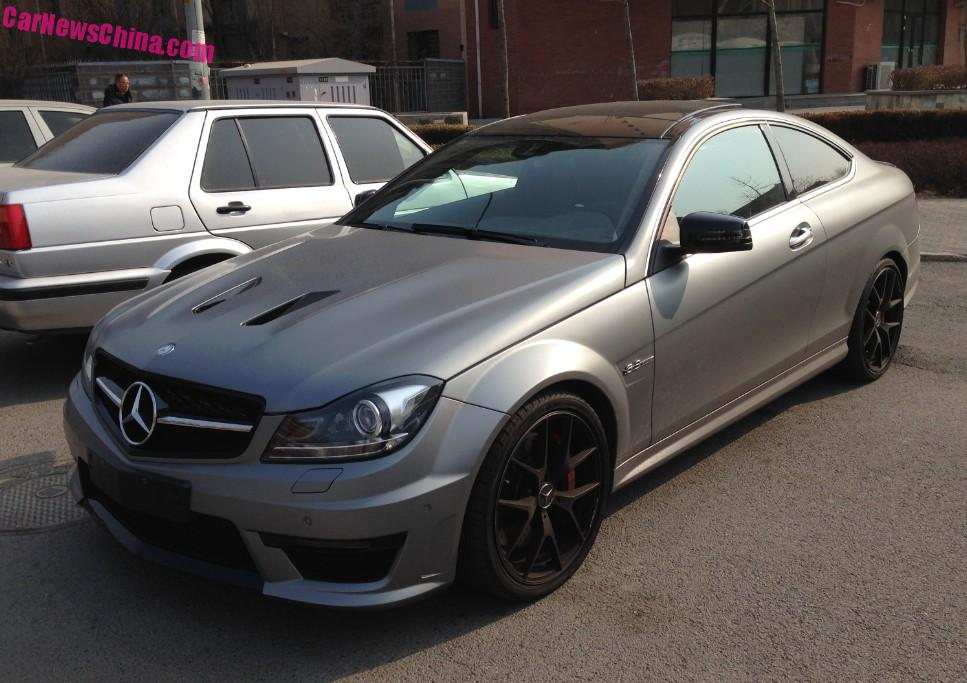 A manic Mercedes-Benz C63 AMG Coupe supercar, Spotted in China in the Dongba area in far east Beijing. The beastly Benz is wrapped in a matte gray wrap; a rather special color, changing tone depending on direction, and standing radiant in the late winter light. The coup’ is further styled up with a rim-less black grille, darkened headlights, darkened windows, a black-carbon bonnet, black mirrors, and racy ten-spoke matte black alloys with fiery red brakes. 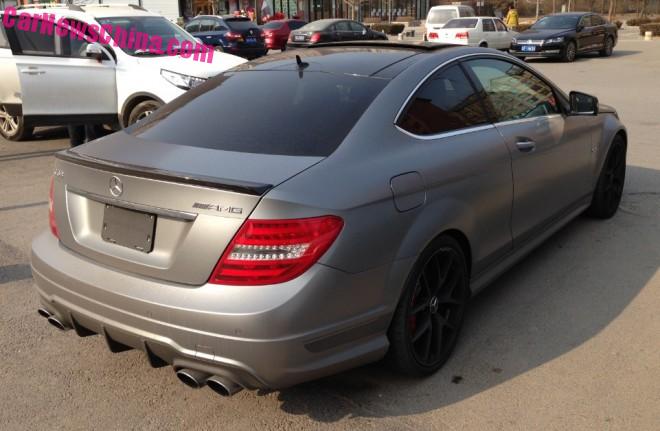 Shark fin antenna, rear spoiler, and rear window all in black. Extra shiny chrome around the side windows. Diffuser in carbon fiber. Note the small square-shaped area for the license plate, indicating this particular Benz is gray marked example imported dealer-to-dealer from the United States. 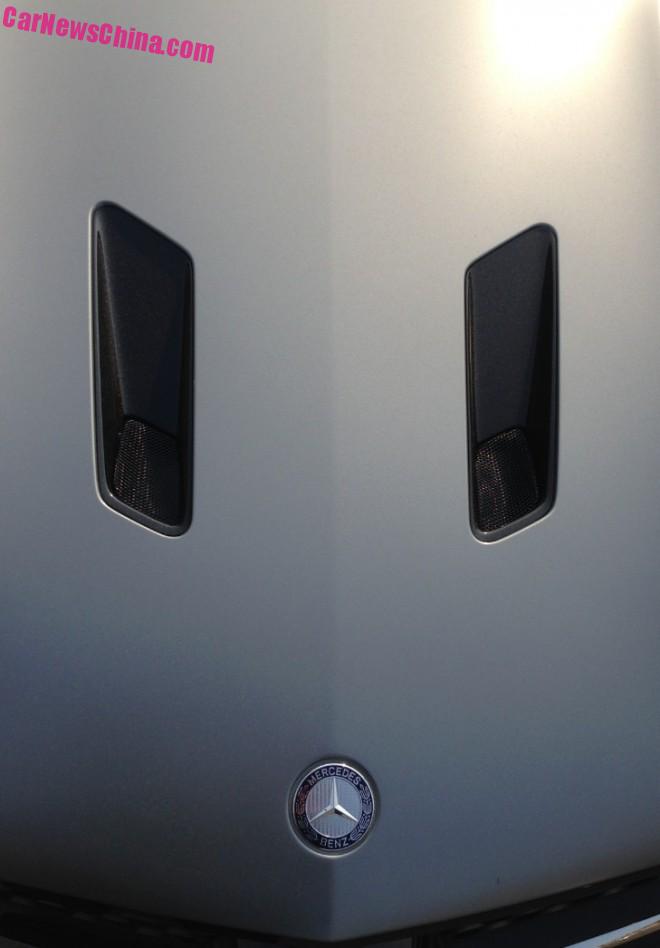 Now that is a bonnet. Twin air vents are functional and impressive.