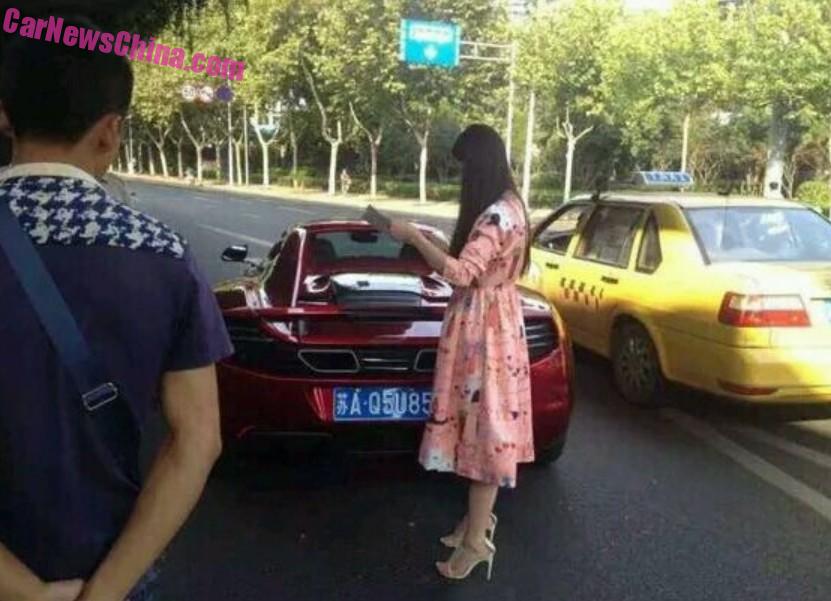 A tall Chinese woman crashed a red McLaren MP4-12C supercar in the great city of Suzhou in Jiangsu Province. The woman can be seen here playing with her pad, wearing a Pink dress, and standing on high heeled shoes. Yellow taxi had no part in the incident, it was just there at that moment.

The McLaren was making a u-turn under a highway when it completely cut off a red Citroen sedan, which subsequently ended up in the left-side of the Mac. The woman told police that her car ‘suddenly accelerated’ when it excited the corner, pulling to the left at the same time. Well, driving a 600hp monster with high heeled shoes can’t be easy… 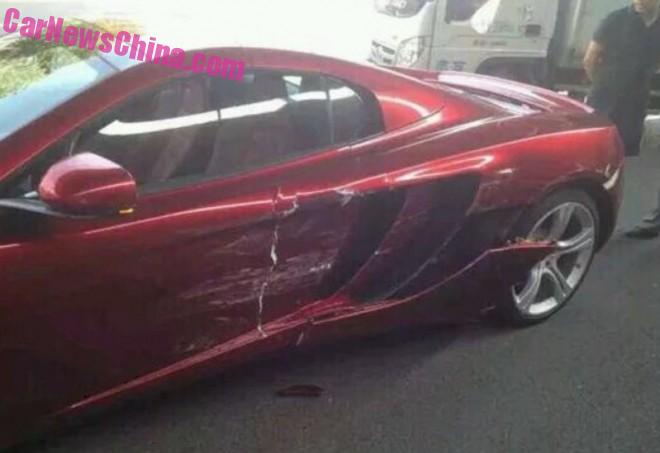