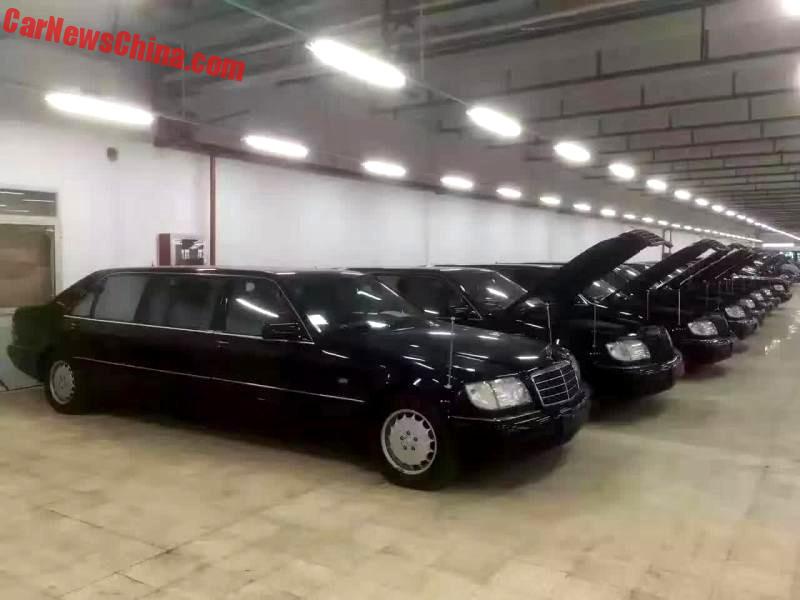 The Shanghai municipal government has auctioned off eight ultra rare W140 Mercedes-Benz S500L Pullman limousines. The vehicles were used by the Shanghai Bureau of Foreign Affairs to ferry visiting foreign dignitaries through town. 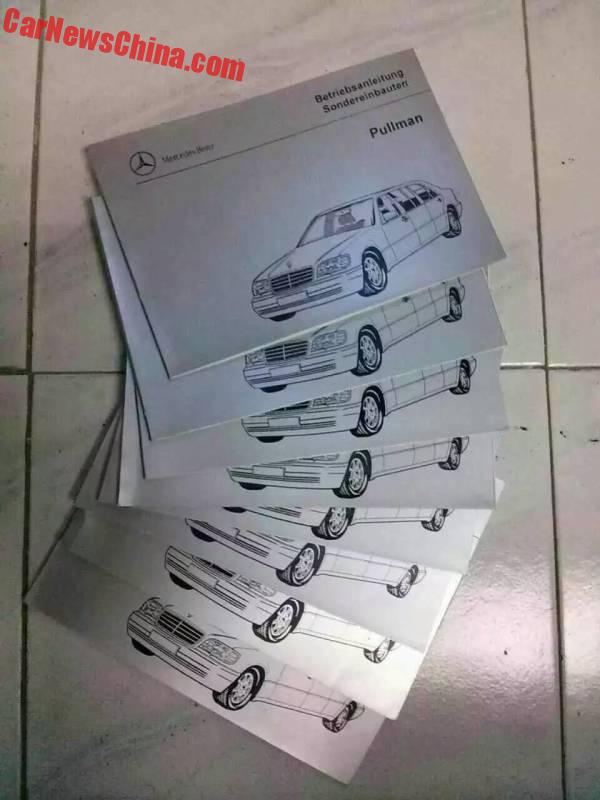 The vehicles came with their original handbook, in German.

The luxurious W140 Pullman Limousine debuted in 1995 and was manufactured on order in small numbers until 1999. The Pullman was stretched to 6213mm, exactly one meter longer than the long-wheelbase L version of the W140.

The extension was positioned between the front and rear doors. Buyers could choose between a captain-seat or a four-seat configuration, and they could also spec a fully armored body. 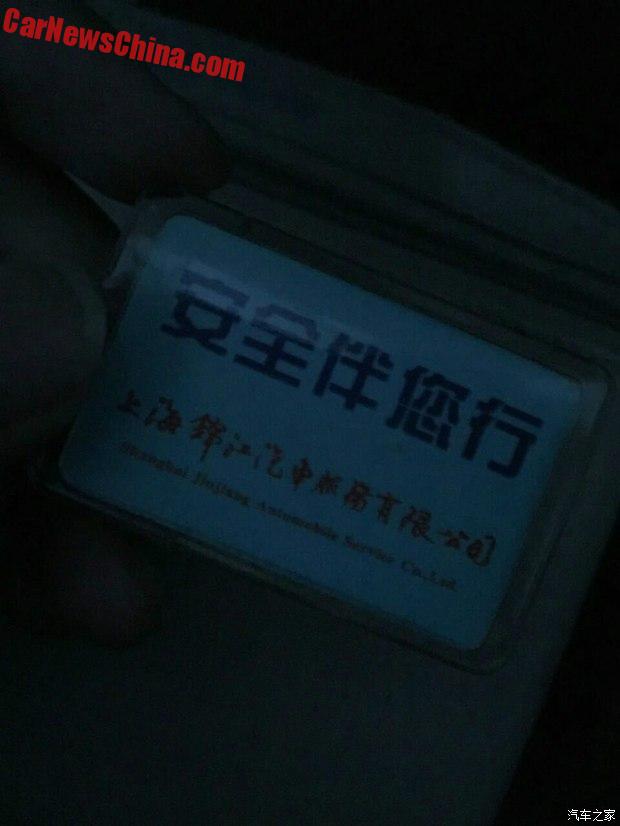 However. Even the Pullman luxuries were not good enough for Shanghai. A company called Shanghai Jinjiang Automobile Service made them even better, adding a TV set and a refrigerator. Jinjiang also gave the S500L Pullman a new name: the Dynasty 1000. 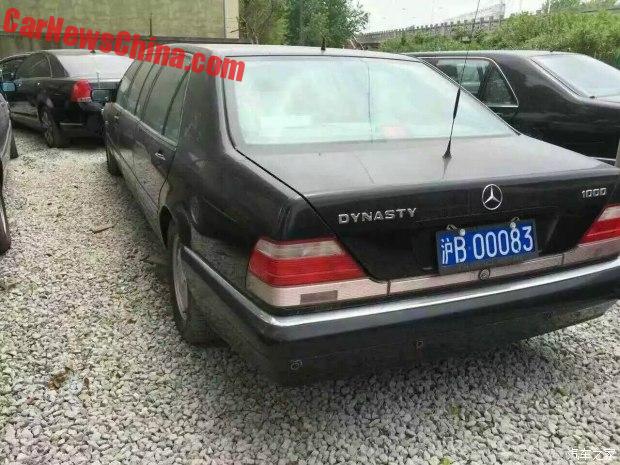 And so they are badged. Dynasty refers to the famous Chinese imperial dynasties of old, and it is indeed a good name for such a car.

The Shanghai Bureau of Foreign Affairs used to have 11 of these vehicles. They were bough in 1998 and they were used until late 2014. Three were sold off early last year, and one of those was spotted in wedding-car guise.

The other eight were auctioned off via a government website, with final-bid price ranging between 500,000 and 630,400 yuan ($76,000 – 96,000). The cars were likely snapped up by collectors as they have very little practical use; new environmental regulations forbid any pre-2000 car to enter Shanghai proper, no exceptions. 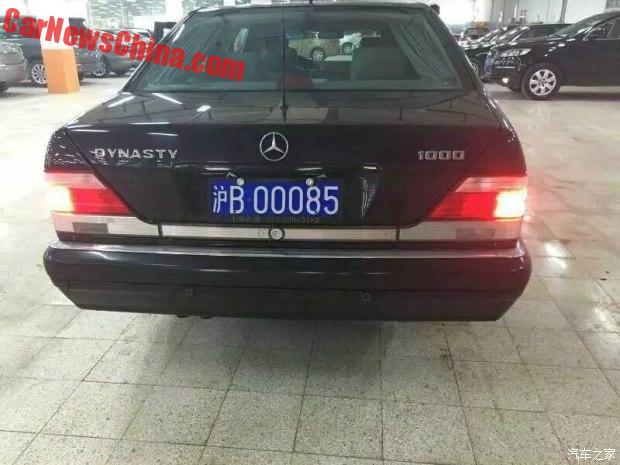 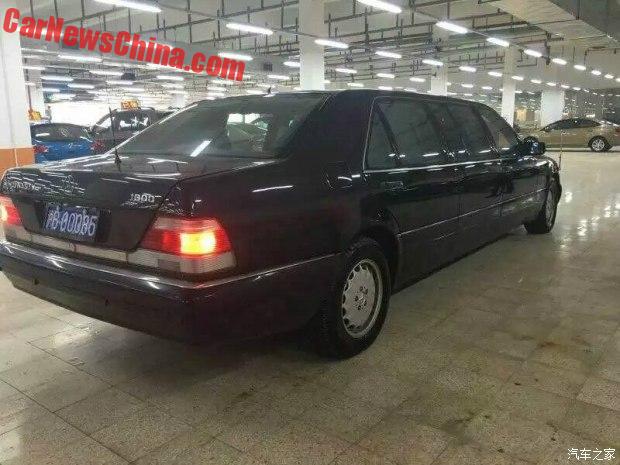 Antenna in the middle of the boot lid. 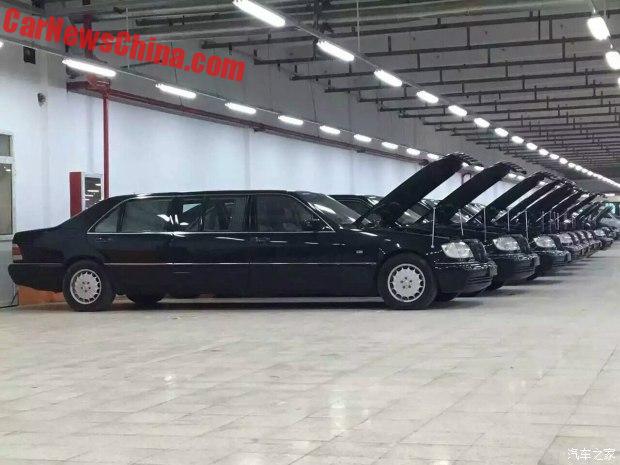 Flag poles on each side of the front. One pole would carry the Chinese flag, the other the flag of the country of the visitor. 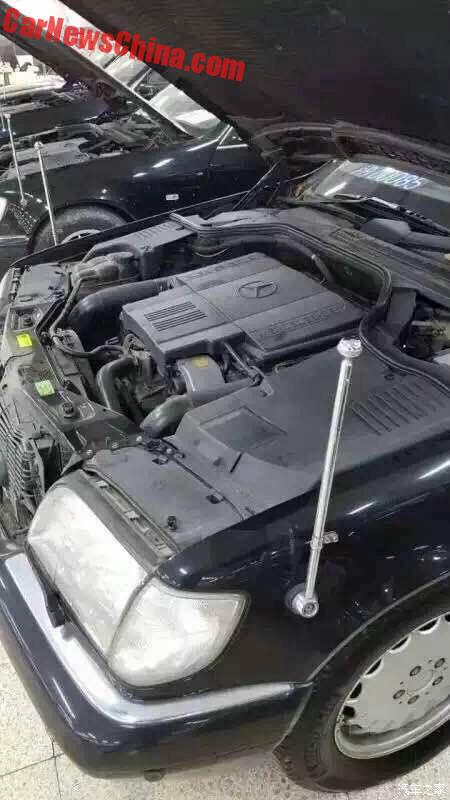 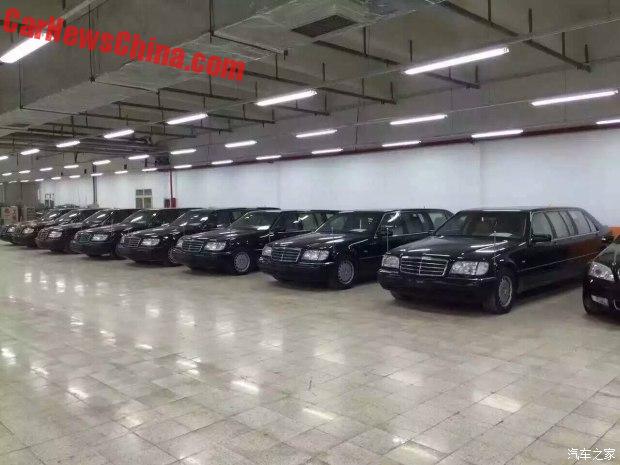 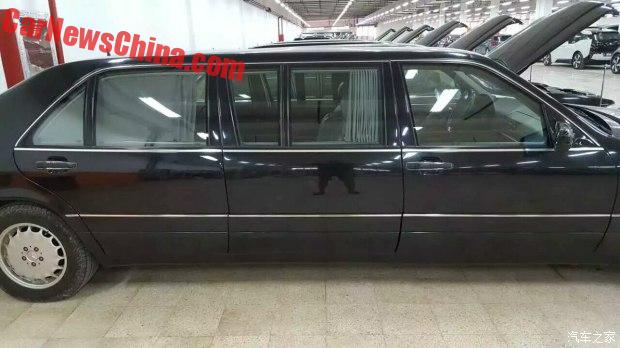 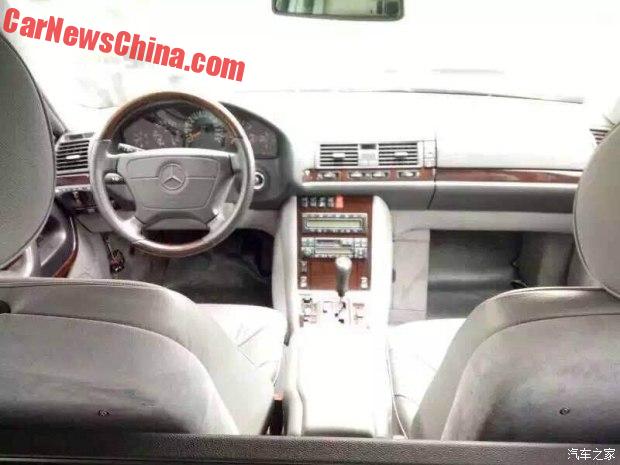 The dashboard with a period original radio-cassette player! 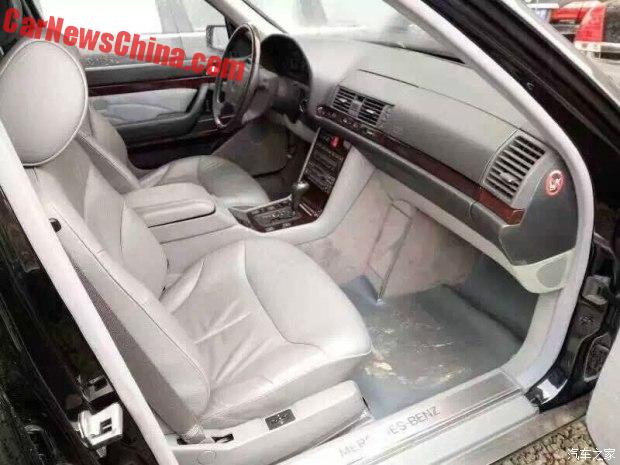 A mysterious box in the foot well of the passenger, to the right of the center tunnel. 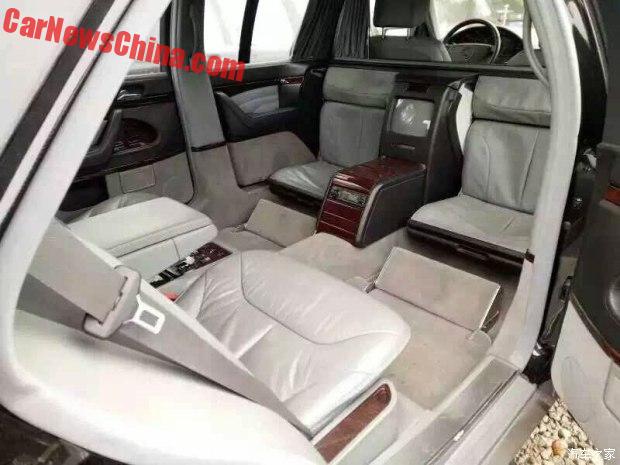 The back with two captain seats and two jump seats. TV is located between the jump seats, looking extremely small by today’s standards. 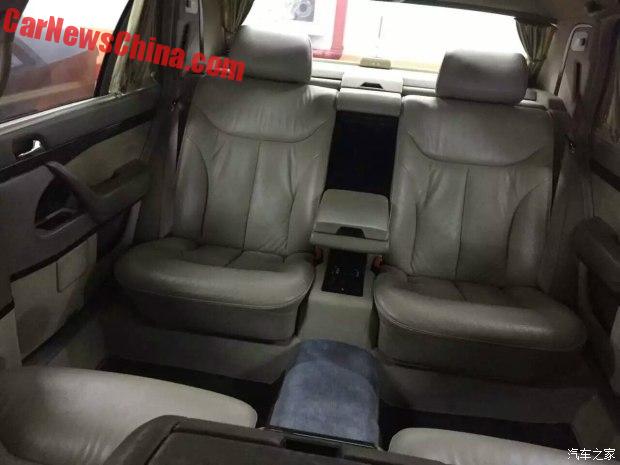 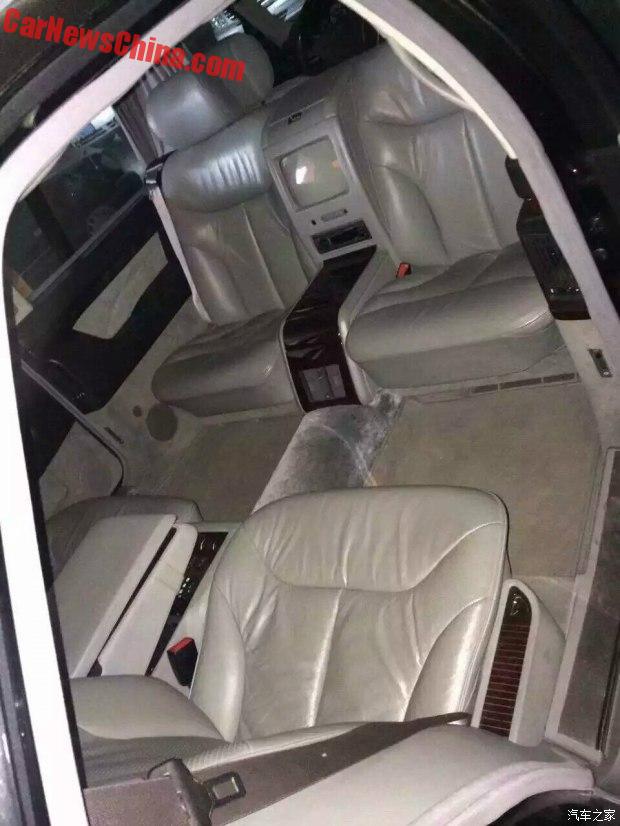 Leather and carpets are in need of a good cleanup! 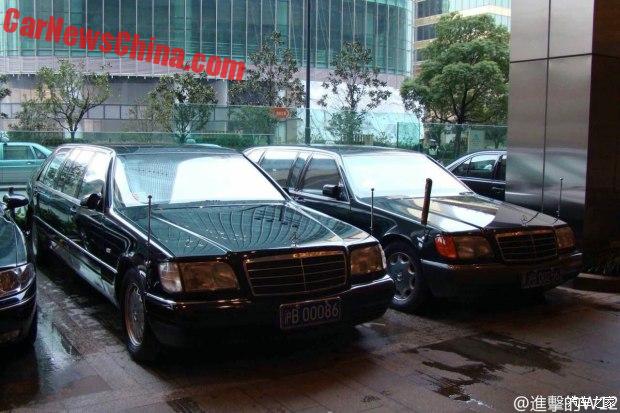 Photos of the cars when they were still used by the bureau. 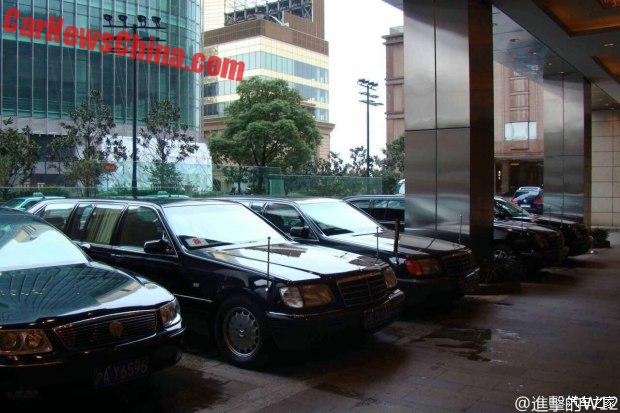 Old Buick Regal on the left. 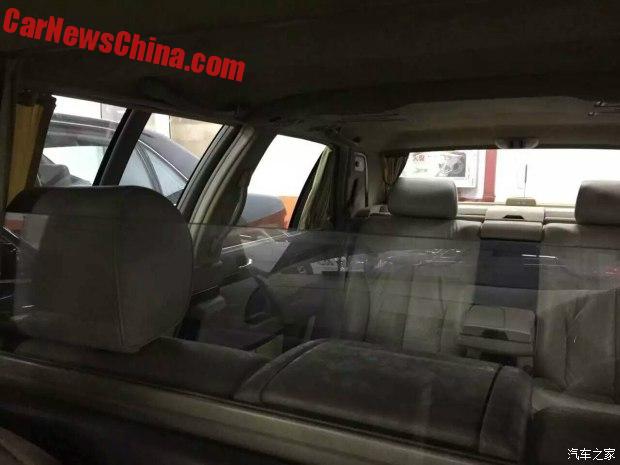 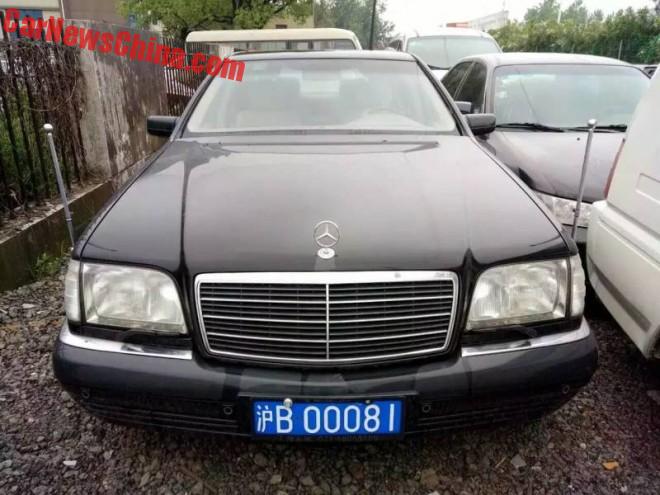 Every single car, starting with 81. 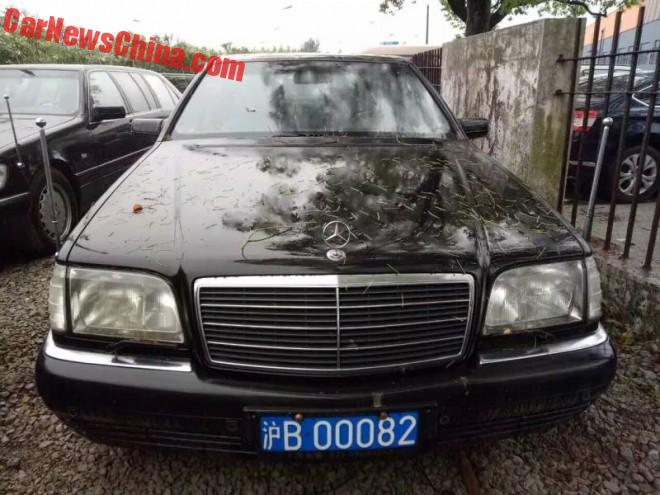 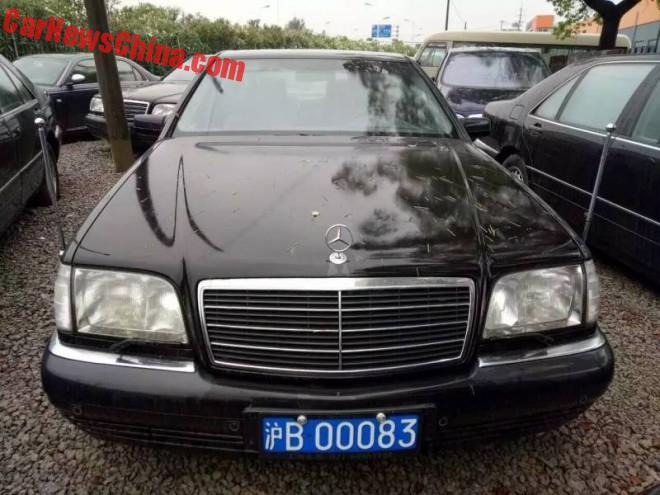 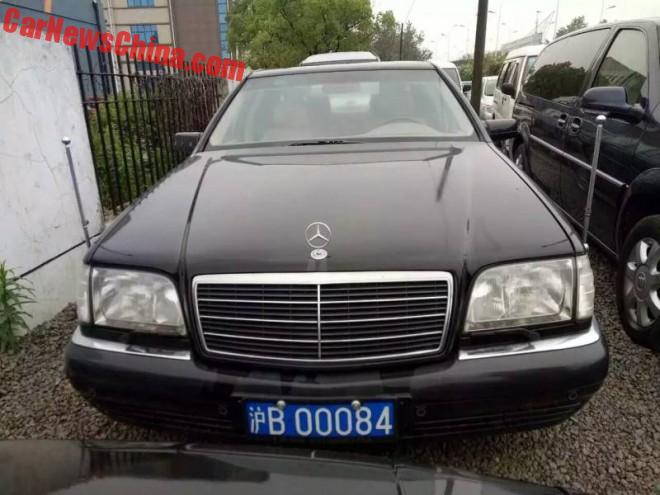 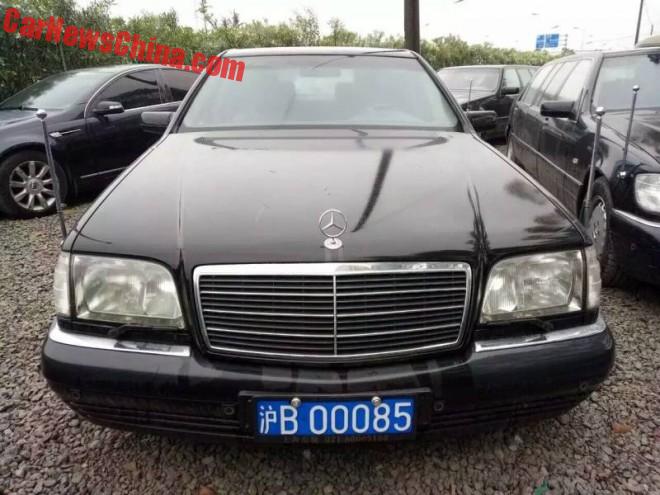 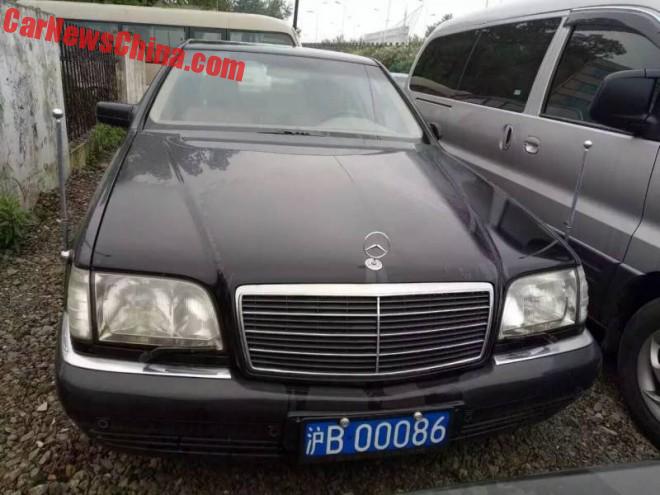 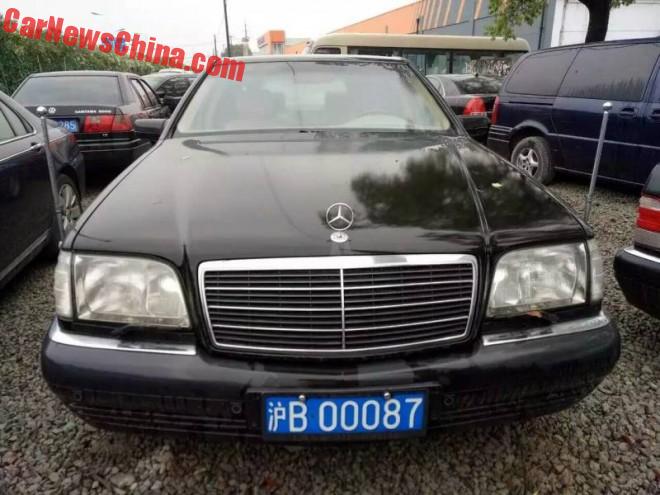 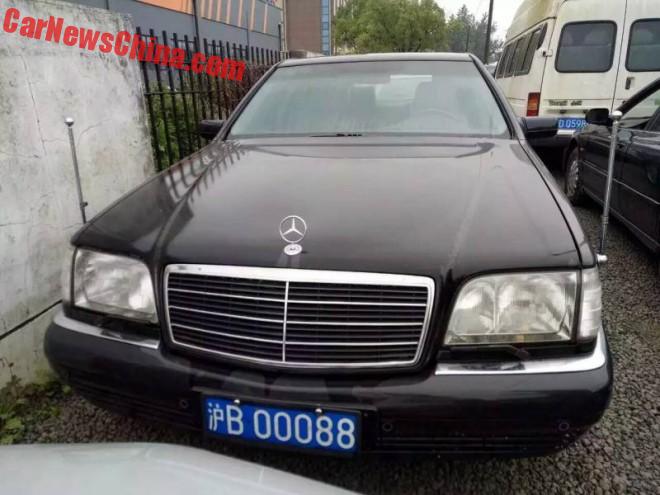 The W140 Pullman, still majestic and still magic. Let’s hope the lucky new owners give these rare German limousines the love and care they need.

With thanks to Sam Faulkner for the tip! Additional photos via.