Spotted In China: A Lot Of Hongqi In Changchun 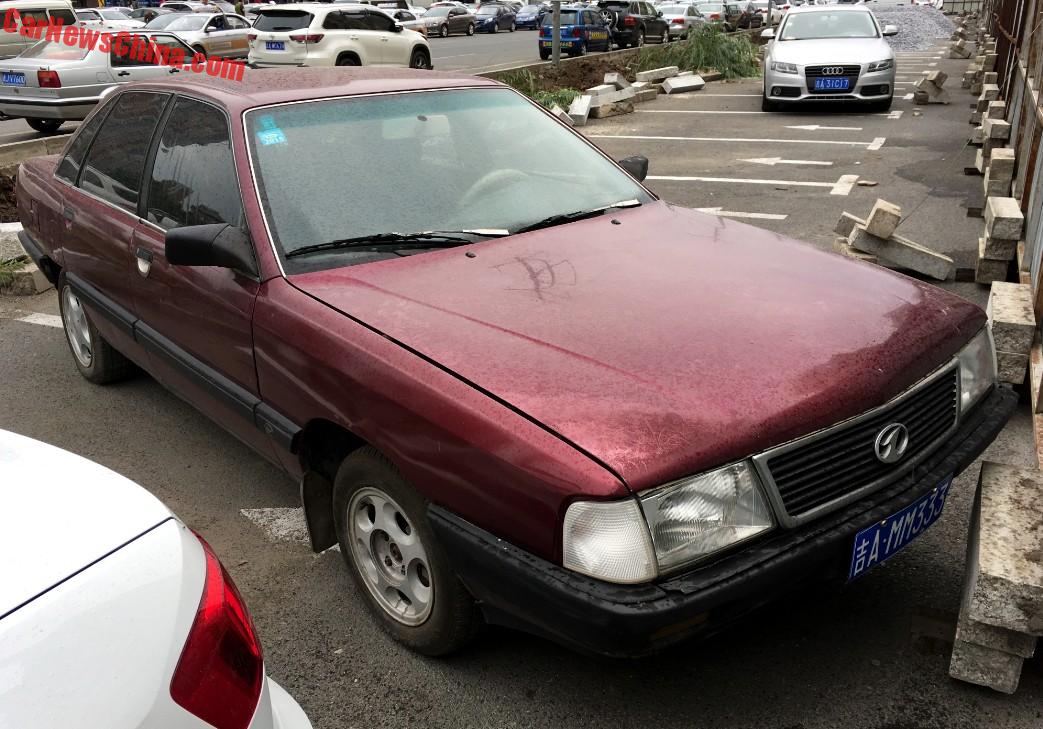 When in Changchun I went to the auto show, ate a lot of greasy lamb, and walked through town looking for old Hongqi cars. I found a many, most of the Audi-based kind. Without further delay: the red car is a very early Hongqi CA7220AE Xinxing (New Star) in a rare red color.

The Xinxing debuted in 1998. Like all Hongqi’s of this generation it was based on the Audi 100/200, which at the time was made in Changchun by FAW-Volkswagen. FAW, or First Auto Works, is also the owner of the Hongqi brand. The Hongqi factory stands in Changchun too.

The 7220 AE was powered by a 2.2 liter Chrysler-sourced engine. How FAW got that engine is an interesting story. Read it here. There was also a limousine variant of the 7220. 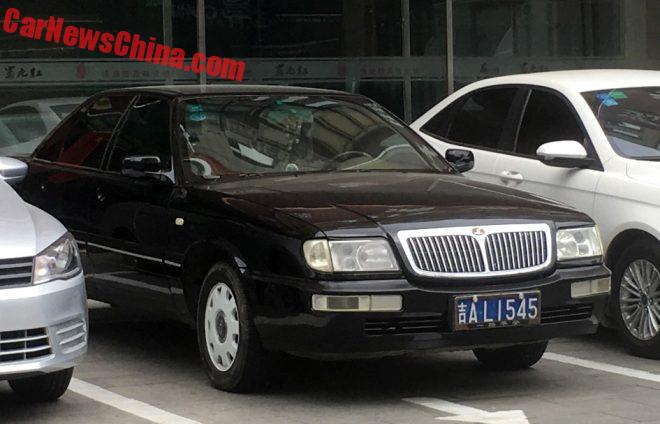 A CA7202 E3 Shijixing (Century Star) V6. It launched in 2002 and had a new Hongqi designed grille, bonnet, and boot lid. Main engine was a Nissan-sourced 2.0 liter V6 (VG20), a rather special power plant that continued to power nearly every Shijixing. There was also a limousine version. 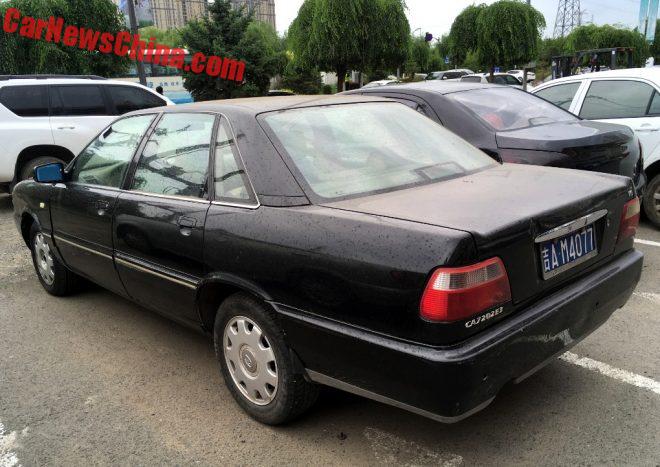 Another CA7202 E3 Shijixing. Note the subtle fins in the boot lid. 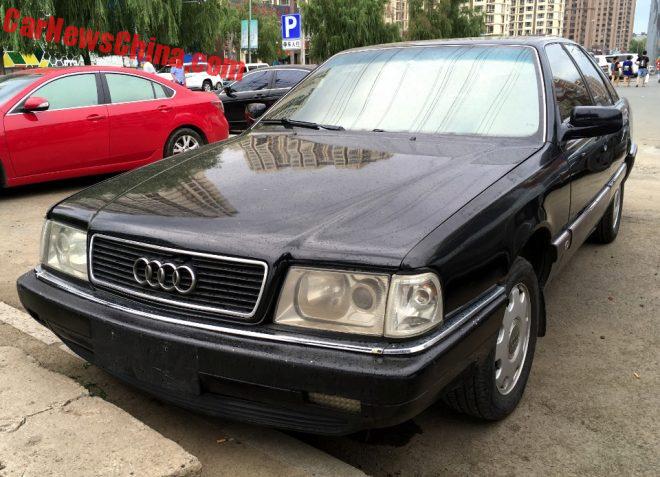 I only found one old Audi in Changchun. A bit disappointing really. Where have they all gone? Happily, the lone car I met was a rather good Audi 200. Clean and mean, in black of course. Sadly, it was a confusing car. The China-made 200 was available with a 1.8 turbo four and with a 2.6 liter V6.

This car however had a 2.4 badge on the back. The only 2.4 that was ever available in the C3 Audi 100/200 was a five-cylinder diesel. That engine was never used in the China-made 200. There is one other odd about this car’ the headlights. They don’t look like the other 200’s I have seen.

So this fine 200 might as well be an imported example. That is not completely unusual. The Audi 100 was imported into China too, mostly gray and from the United States. 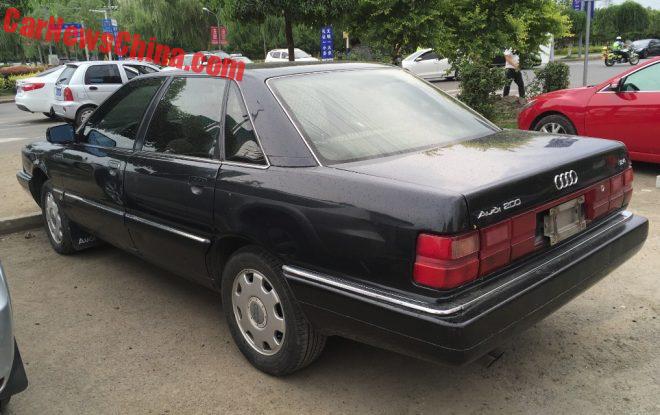 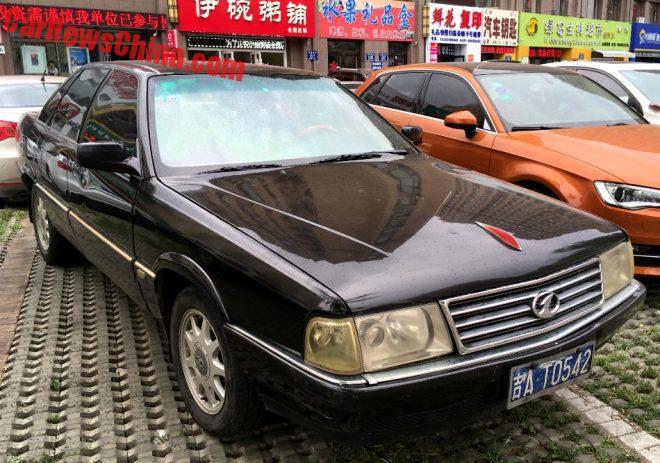 Moving on with the Hongqi Mingshi CA7180A4E. The Mingshi series debuted in 2001, it was basically a facelifted version of the Xinxing. The Mingshi and Shijixing were sold alongside each other, with the Mingshi being the base model and the Shijixing the high-end luxury model.

The Mingshi was powered by another Nissan engine; a 1.8 liter four with just under 100 horses. 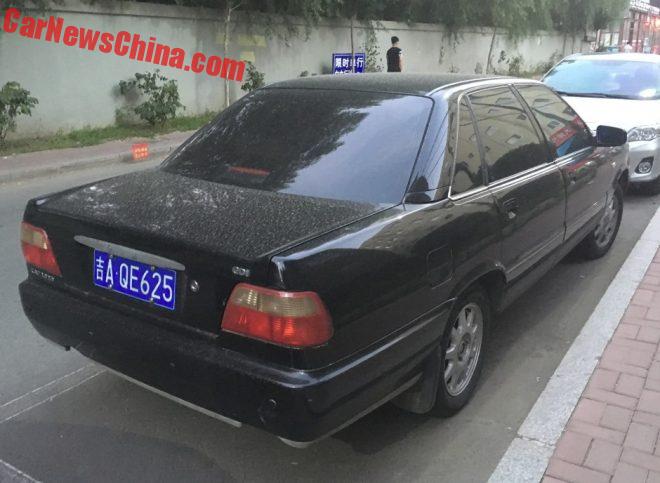 A Hongqi CA7202D Shijixing. These are rare. It was powered by the same Nissan 2.0 V6 as the E3, but it had a lower trim level and was the entry level car of the Shijixing range. However, it was positioned too close to the high-trim level versions of the Mingshi, and sold poorly. 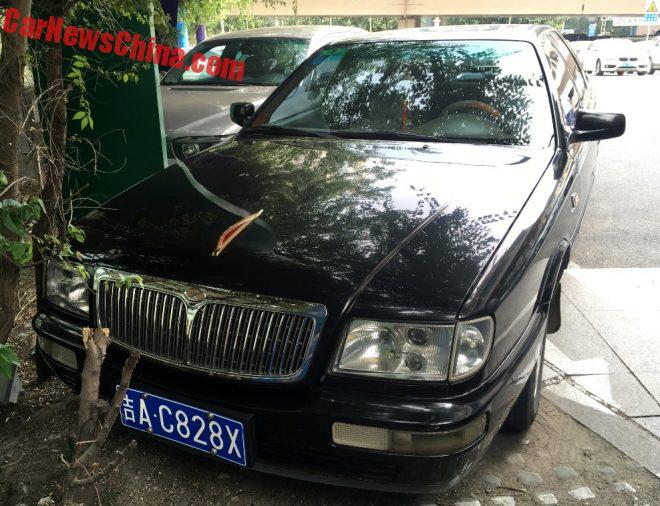 This one is rare too. A CA7242 E6 Shijixing, it debuted in 2002 and was the top-end version of the Shijixing range. It had a Hongqi ornament on the hood, special badges, and was powered by a big 2.4 liter Nissan V6. Very nice to see this variant, first one I ever met! 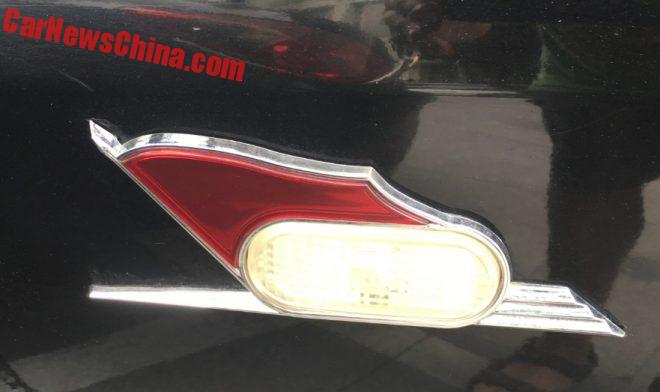 The unique Hongqi badge, fully integrated with the indicator. 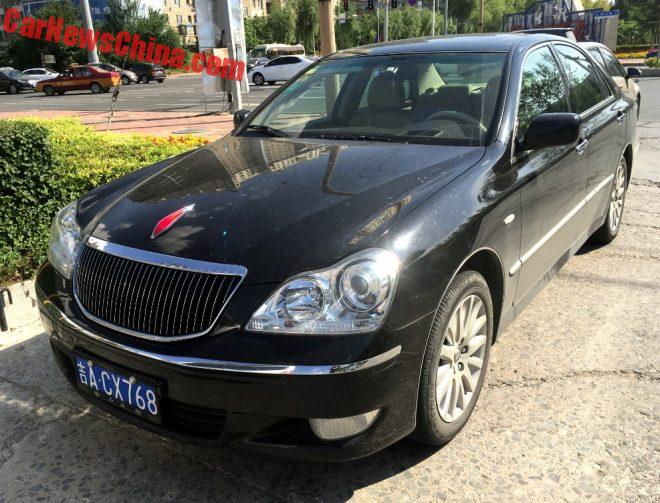 And here we have a beautiful black Hongqi HQ300 sedan.

FAW also build a two one-off limousine versions  (more on the second one soon) and a one-off parade car. 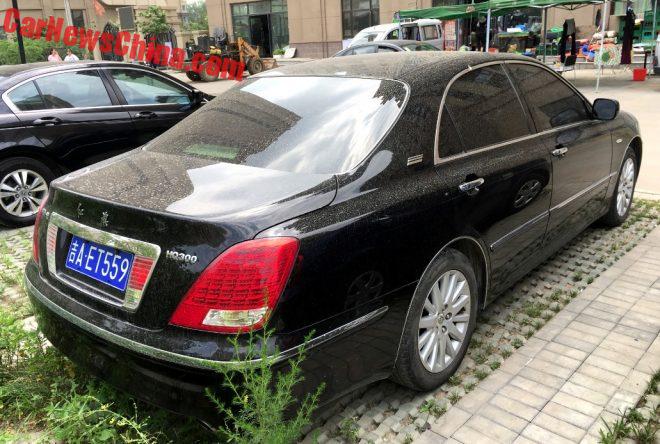 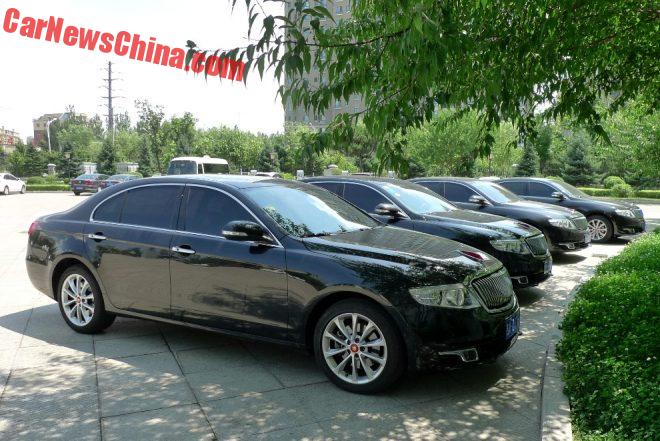 And we end this story with a multi spot of four Hongqi H7 sedans (pre-facelift), seen in front of the FAW headquarters were I went to see the Hongqi Museum. More on that brilliant place in another post soon!