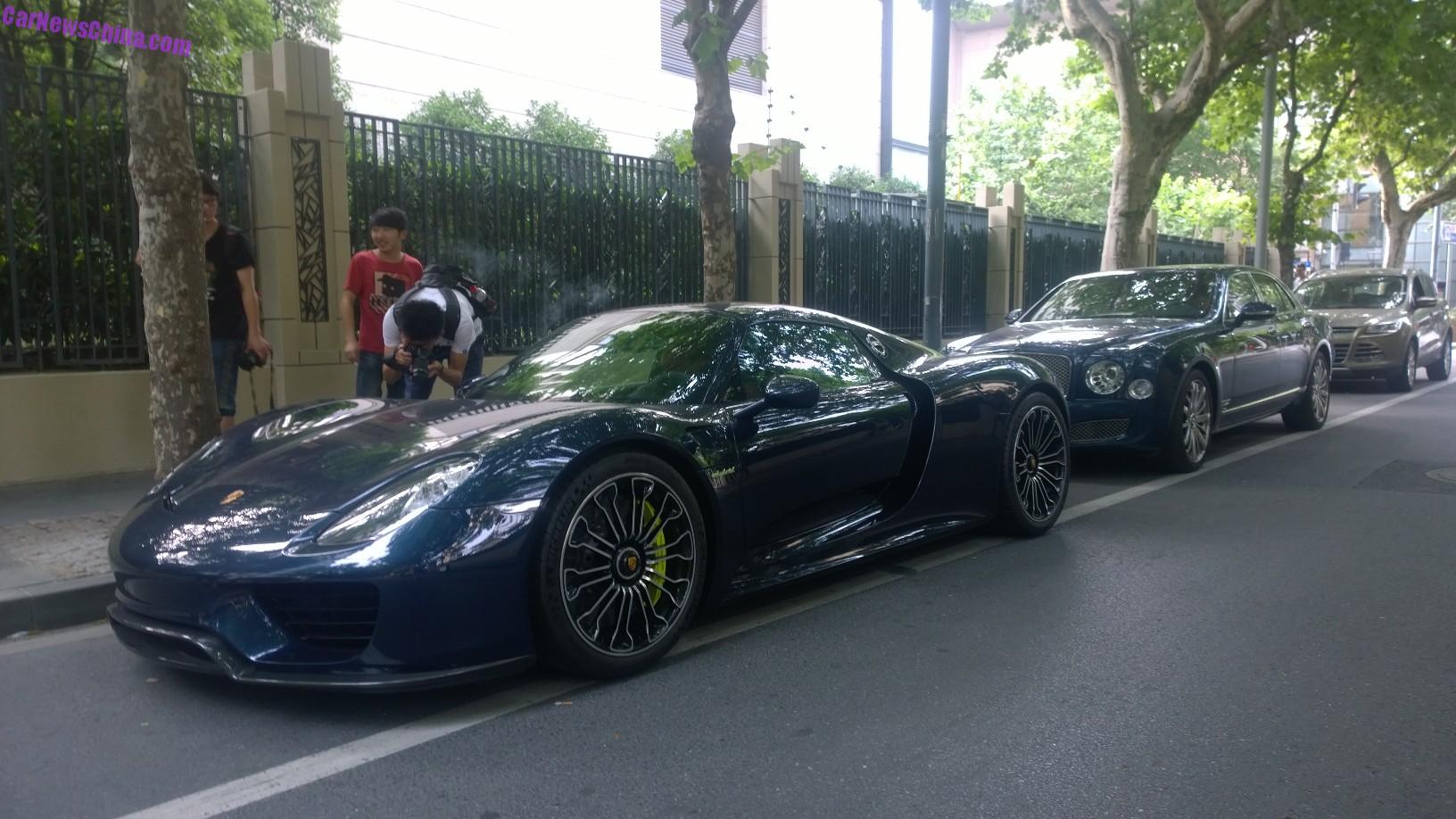 Supercar madness in Shanghai, Spotted in China in the great city of Shanghai by the absolute manic fanatic reader Maximillian, thank you very much for the photos! Max’ has shipped us some highlights of his endless collection, starting here with a Porsche 918 Spyder and a Bentley Mulsanne.

Same cars, elsewhere and reversed. The Porsche and Bentley apparently belong to the same owner. When new, price of the Porsche 918 started at 13.388 million yuan for the base car and 14.63 million for the Weissach. That is 2.19 million and 2.39 million USD. Expensive but exclusive. Only 50 of a total run of 918 cars were allocated to China, and all have sold out. 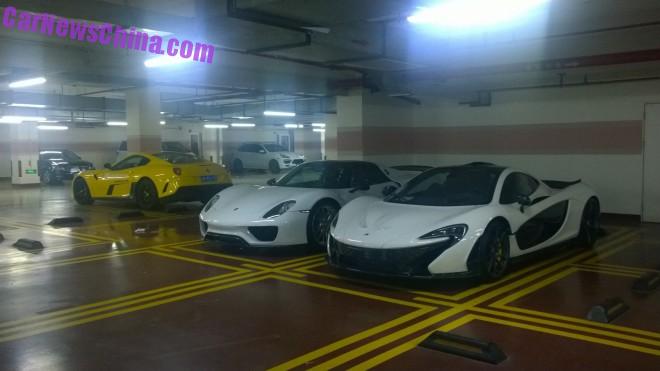 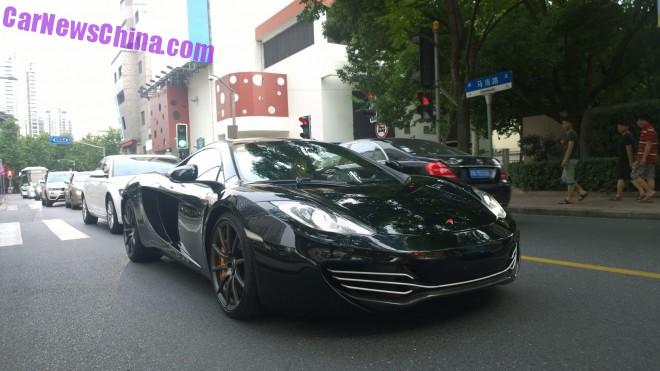 A McLaren MP4-12C in black with matte gray alloys, yellow brake calipers, and silver chromed detailing in the grille. 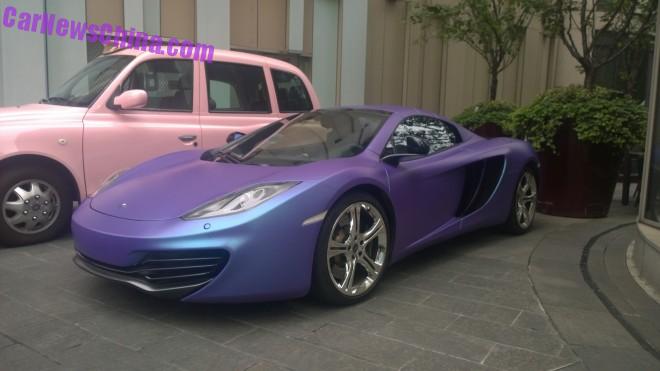 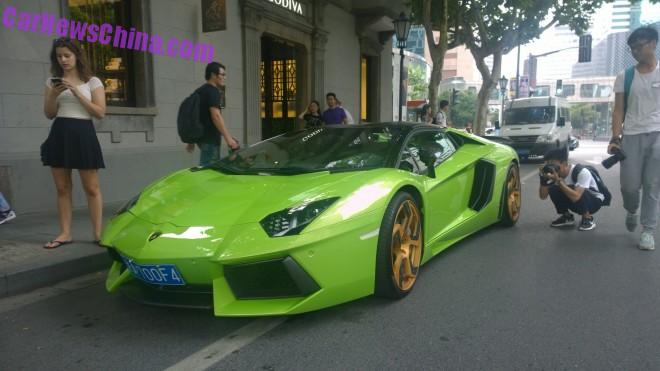 Moving on to Lamborghini with a superstar Aventador painted in lime green, with a black roof and fitted with matte gold alloys. 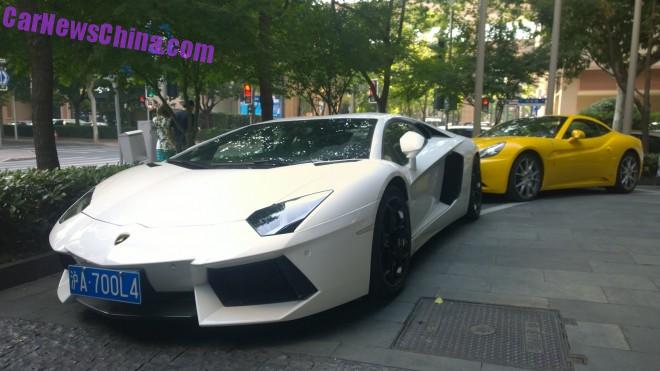 A white Aventador with a A·700L4 license plate, followed by a red Ferrari California. 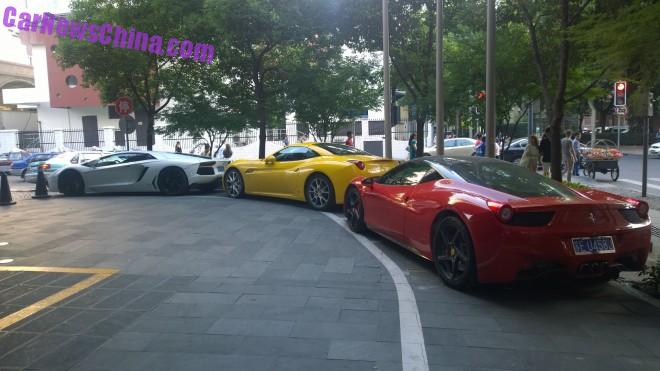 Last in line is a Ferrari 458 with a license plate reading E·U458J. 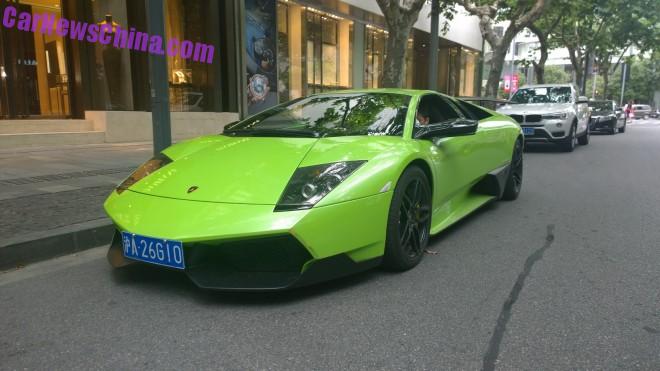 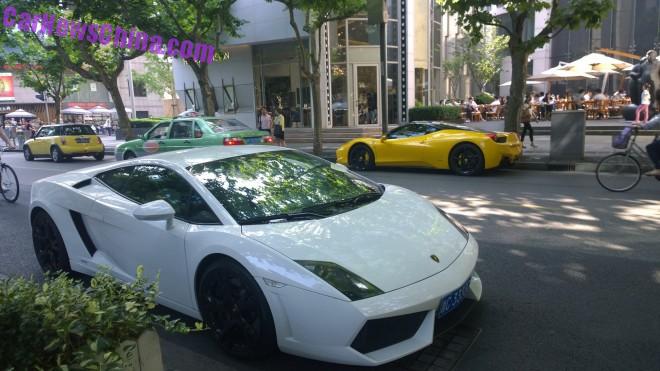 More bull with a white Gallardo watching a yellow horse. 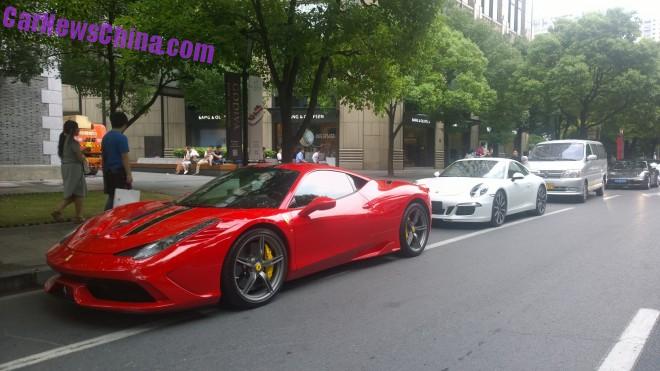 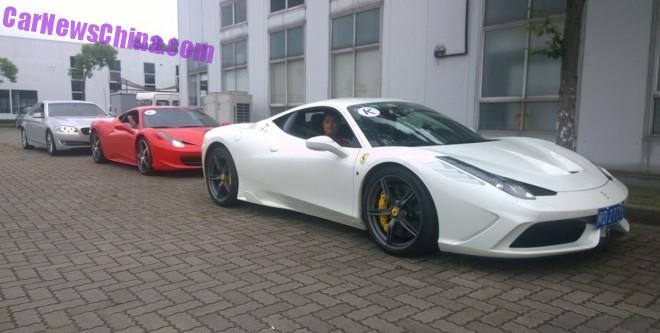 A white Speciale with a red Spyder. 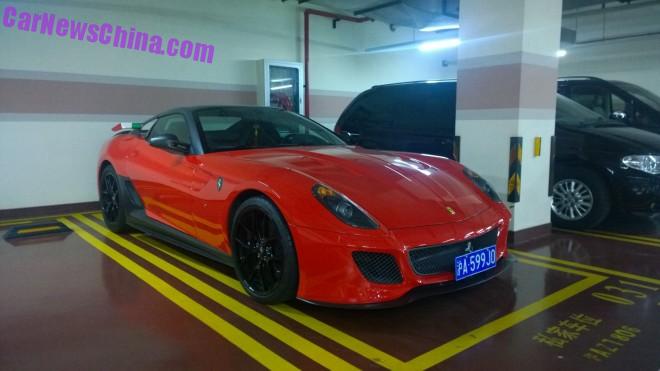 A brilliant Ferrari 599 GTO with a gray roof, shiny black alloys, a rear wing with the colors of the Italian flag, and a license plate reading A·599JO. 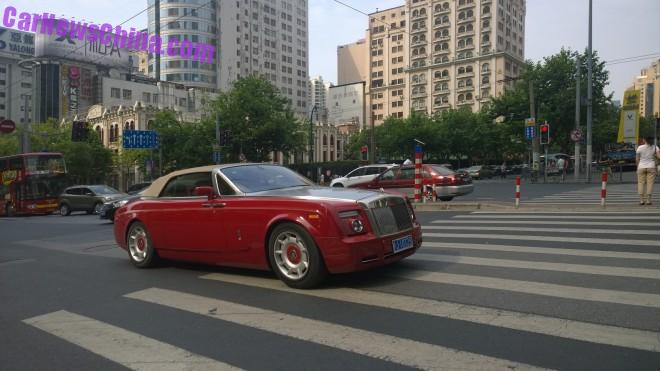 A stylish Rolls-Royce Phantom Drophead Coupe in red, matching perfectly with the Santana taxi in the background. 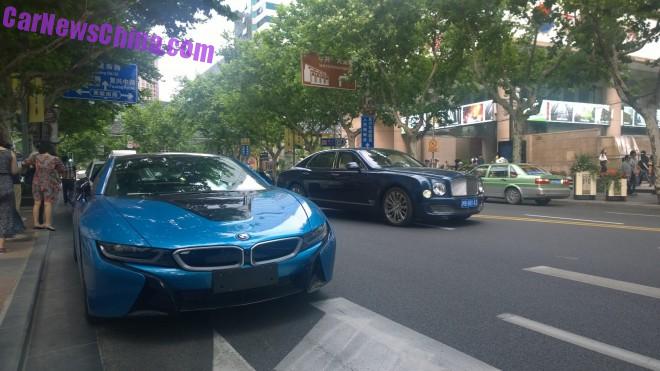 And we end with a bit of green; a parked blue BMW i8 being passed by a decidedly un-green Bentley Mulsanne. More from Maximillion soon!, we hope…