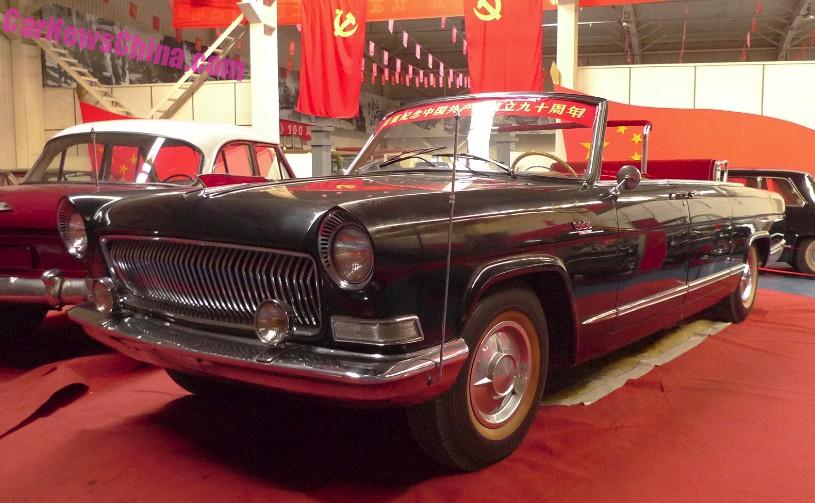 The beautiful black Hongqi CA770J parade car, seen in the Beijing Classic Car Museum in the far northern suburbs of the Chinese capital. The majestic limousine was in a fantastic shape, large unrestored and well-taken care for. The paint was smooth as silk, the chrome shiny as new, and almost everything was period-original. 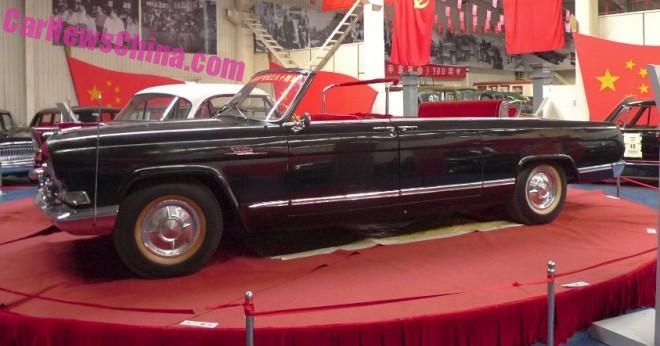 The CA770J is one of the two highlights of the museum, the other being a Dongfeng CA71 sedan. Both cars are parked in a raised round platform that looks barely strong and classy enough for so much famous and heavy metal. The CA770J is a parade car based on the CA770 state limousine, just five (05) examples were manufactured from 1965 until 1972, and three are known to have survived until today. 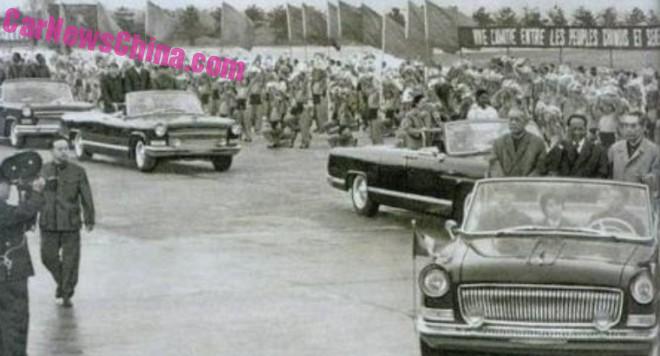 The CA770J in action in 1974, parading visiting VIP’s through Beijing. Four cars in sight. On the front bench of the first car a driver, a secretary, and a body guard. At the handlebar in the center Léopold Sédar Senghor, President of Senegal from 1960 until 1980. He is accompanied by his host Premier Zhou Enlai, standing to the left of Senghor. 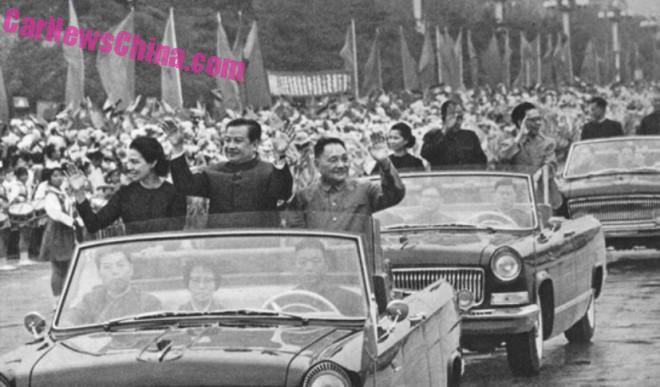 On parade in 1975. Three cars in sight. In the first car, standing from left to right: Queen Norodom Monineath Sihanouk (wife of), King Norodom Sihanouk of Cambodia, and First-Vice Premier Deng Xiaoping.

The two cars in front have an extra protective-glass plate in front of the handlebar. These plates were fitted per parade for extra security for the most important VIP’s. The third car goes without plate, thus carrying lesser souls. 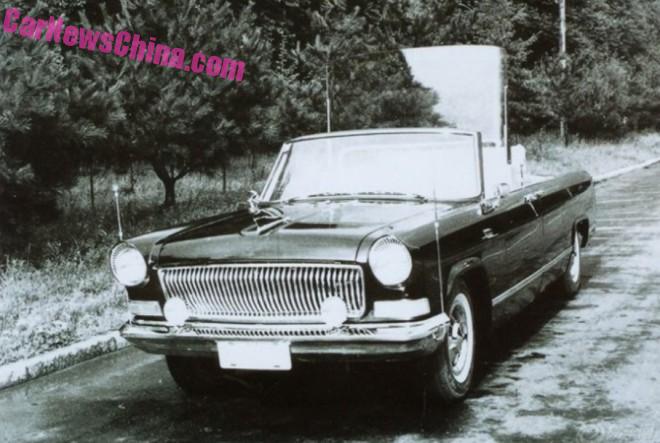 This is the CA770JG, a one-off variant of the CA770J with an extra large protective-glass plate installed, big enough to cover the front of a standing VIP entirely. The plate was permanent and fitted in a heavy steel frame, the whole construction could be lowered down in a specially designed compartment in the back of the front bench. Today the JG resides proudly (plate visible here) in the Harbin Century Car History Museum in the great city of Harbin in Heilongjiang Province, and that is the only car museum in China where I haven’t been yet, and I need to go there fast, because they have a fantastic collection. 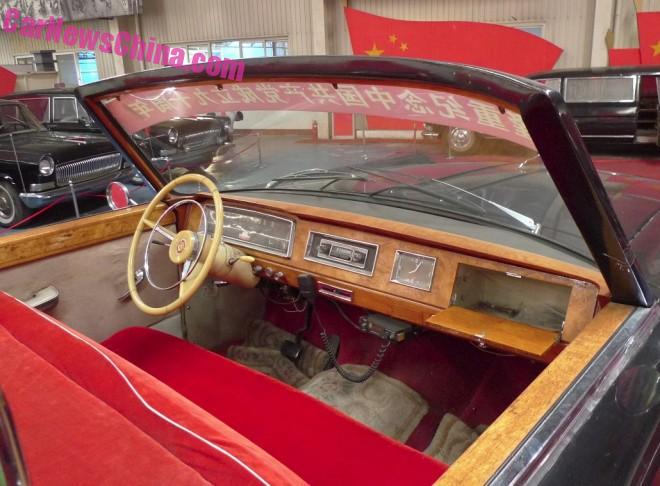 Back now to the museum! The interior was in superb shape too but maybe a tad too much ‘unrestored’, the wood clearly needed a good cleanup and the fabric on the doors looked dirty. But again, it was all original up until the steering wheel, instrument panel, radio, and the clock.

The red seat covers are a later addition, protecting the period cream-white fabric underneath. The red carpets however are period, partly covered with later date beige floor mats for protection. CB radio set seemed to hail from the mid 1980’s. 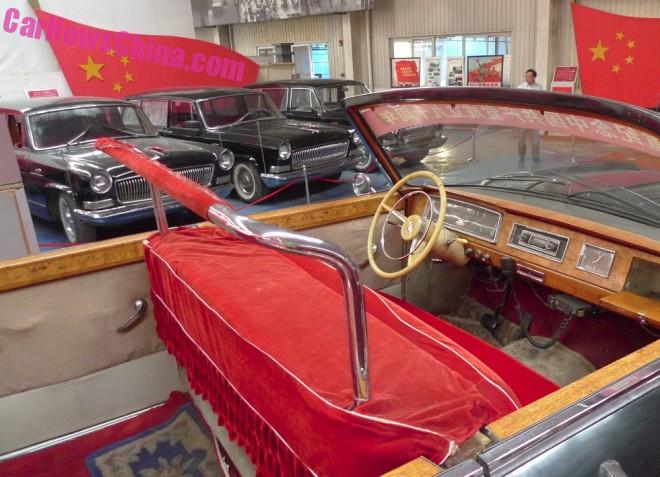 The handlebar for parading. Those who were paraded would hold the handle with one hand and wave to the spontaneously happy crowds with the other. The wood panels on the doors were a bit loose, urgently in neat of a screw driver. 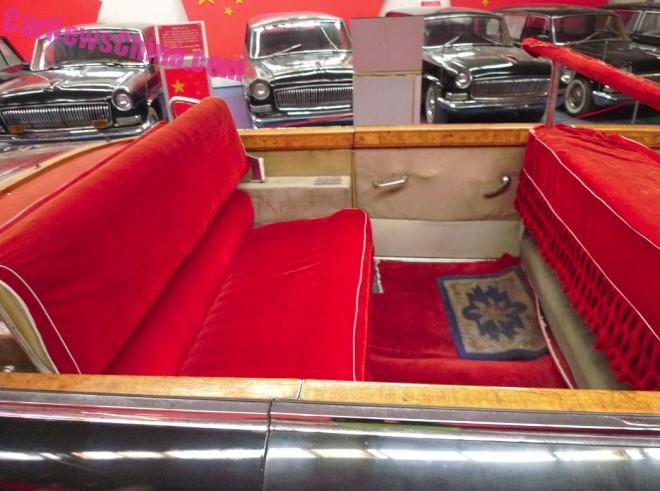 Blue white floor mat looks like mats Chinese families used in the kitchen in the early 1990’s. Memories! Rear suicide door is very small, making for a narrow exit for big statesmen. No sign of any bourgeois luxury, just a flat bench with a simple armrest on each side. For other Hongqi sedans in the background; just another day at the museum..! 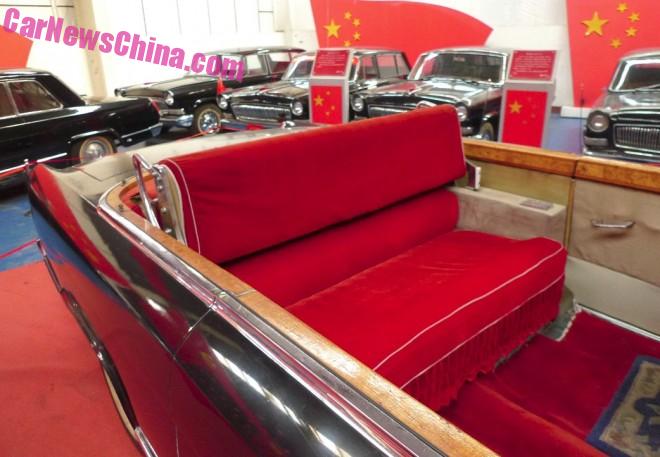 VIP’s had to be careful not to trip over the center tunnel for the driveshaft. The CA770J is a rear-wheel drive car with a mighty 215hp 5.6 liter Chrysler V8 under the bonnet up front. Top speed of the parade cars was estimated to be some 120 kilometer per hour, but that would make standing a hard thing. 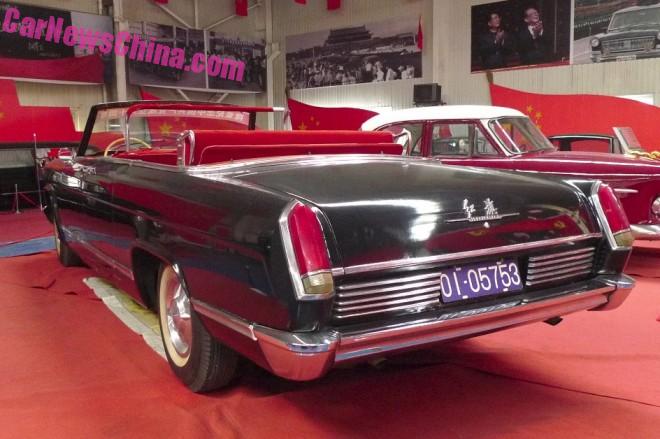 The brilliantly designed rear end with an enormous rear deck, two tail fins, a heavily chromed bumper section, and two exhaust pipes sticking out just below the bumper. Rear lights are shaped after classic Chinese lanterns. Behind the back of the rear bench sits a wind deflector, here lowered down. 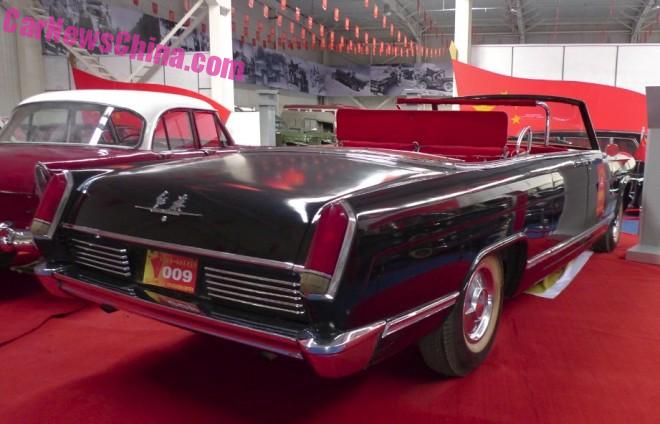 The very same car during an earlier visit to the museum, with the deflector up. 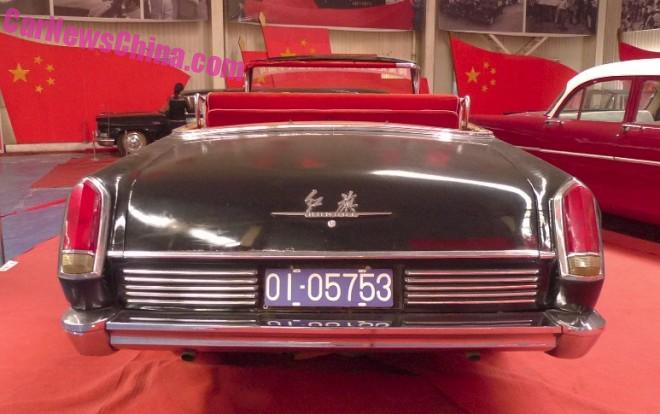 The Hongqi badge in perfect shape, thick chrome strips around the rear lights, and a bumper sticking out far from the car’s body. License plate is claimed to be period original. CA71 on the right, more on that beauty is a later post. 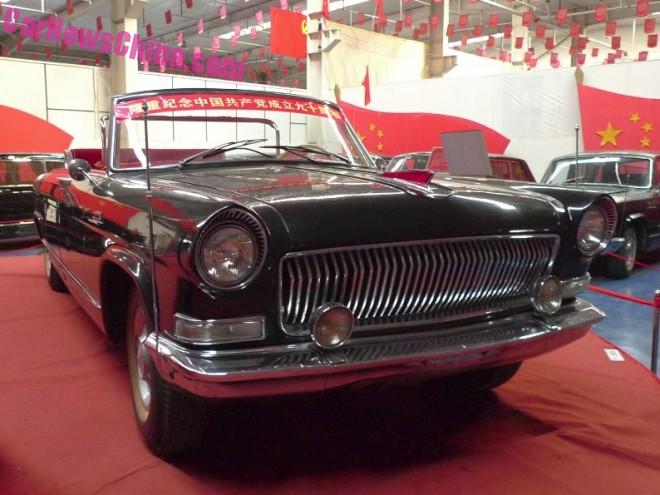 A massive front with flagpoles fitted on each side of the bumper. Normally, the left pole would fly the Chinese flag, and the right pole the flag of the country of the visiting VIP. The complex grille consists of 40 shiny vertical bars surrounded by an oval frame. A true masterpiece of a car, and another monument of the Chinese auto industry. May she fare well, safely in the Beijing Classic Car museum.