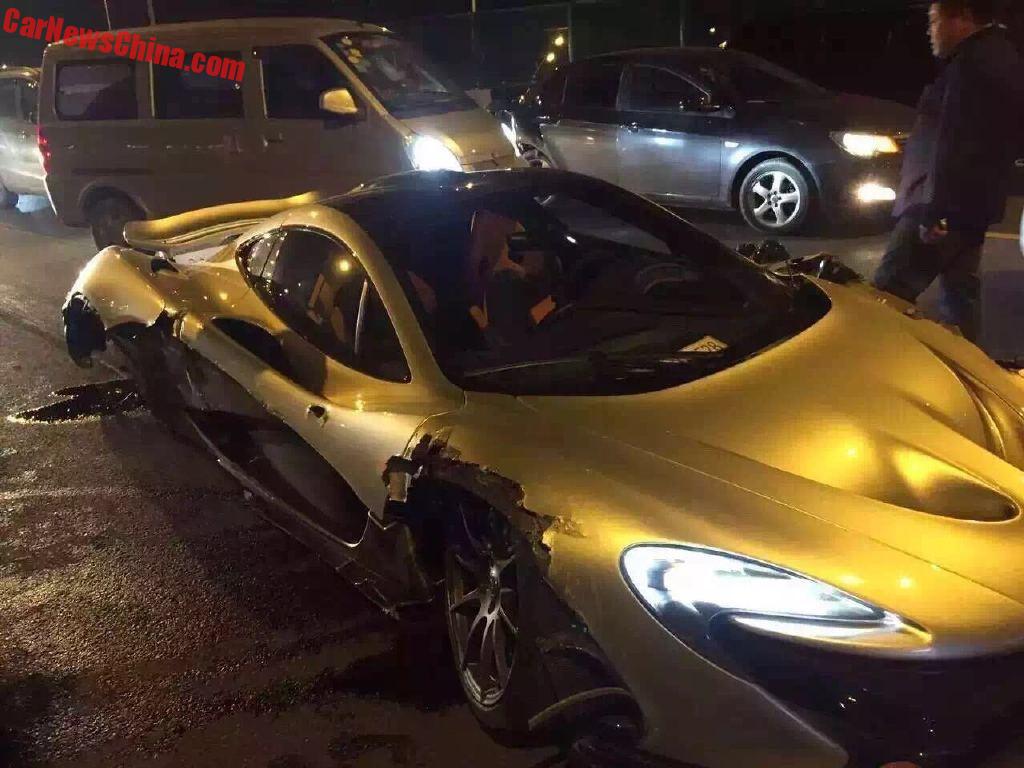 A gray McLaren P1 supercar has crashed in China, causing severe damage to the right-rear and the left-front of the vehicle, with lesser damage on the right-front. Happily, no one was seriously injured. The accident happened late last evening on a highway near Hangzhou City in Zhejiang Province.

What happened exactly is yet unclear. There was one other vehicle involved; a China-made Buick LaCrosse of two generations ago. The Buick was hit at the back but doesn’t seem extremely damaged. It seems the McLaren hit the Buick first, damaging its left-front, then tried to steer away and possibly hit a road barrier with its right side. 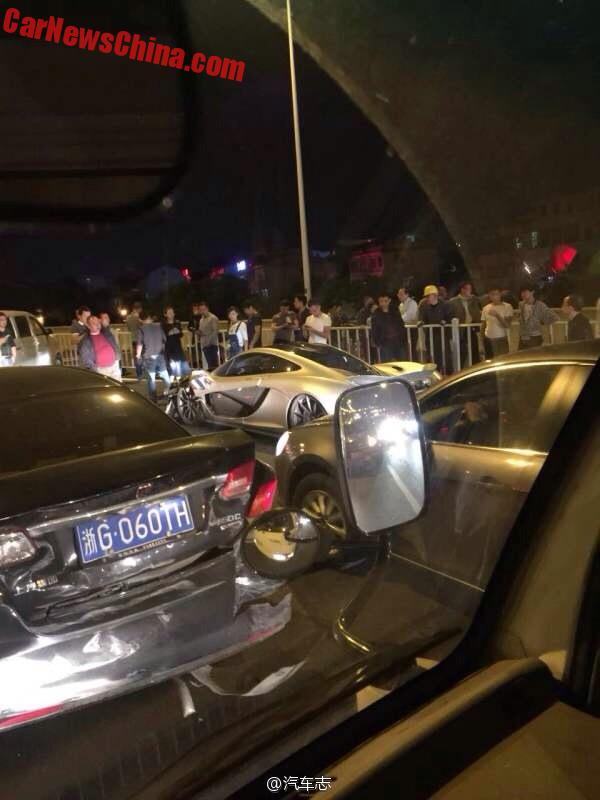 There don’t seem to be any other vehicles involved.

To that list we can now ad the gray Hangzhou car, and immediately remove it, because we won’t see it one the road again anytime soon. 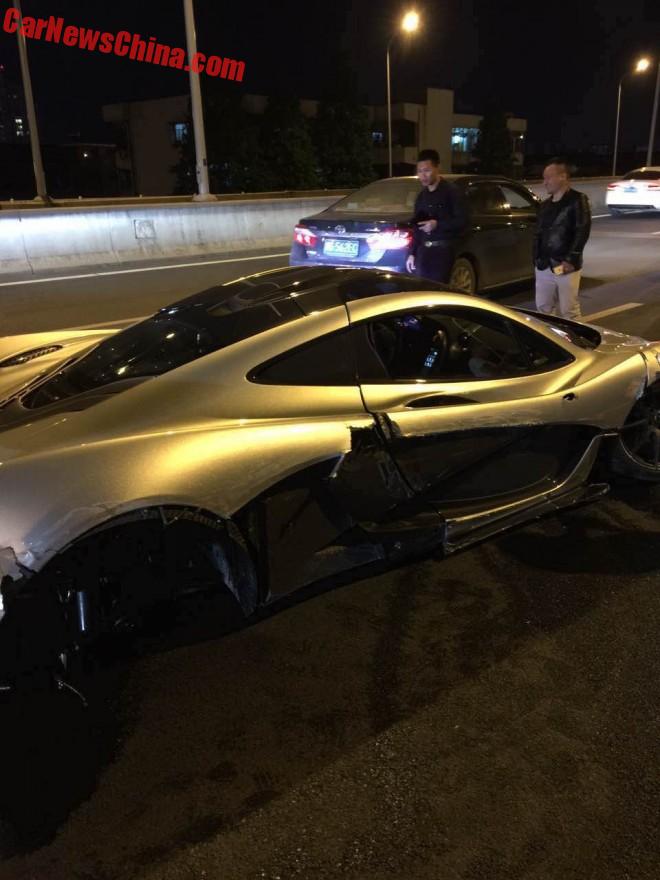 The dash electronics are still on. 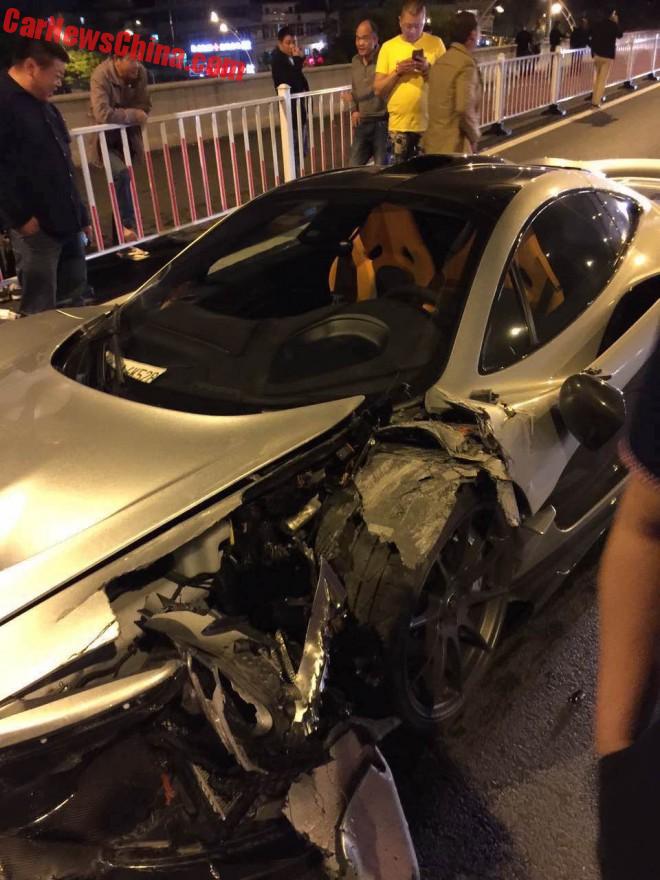 Very serious damage at the right-front. 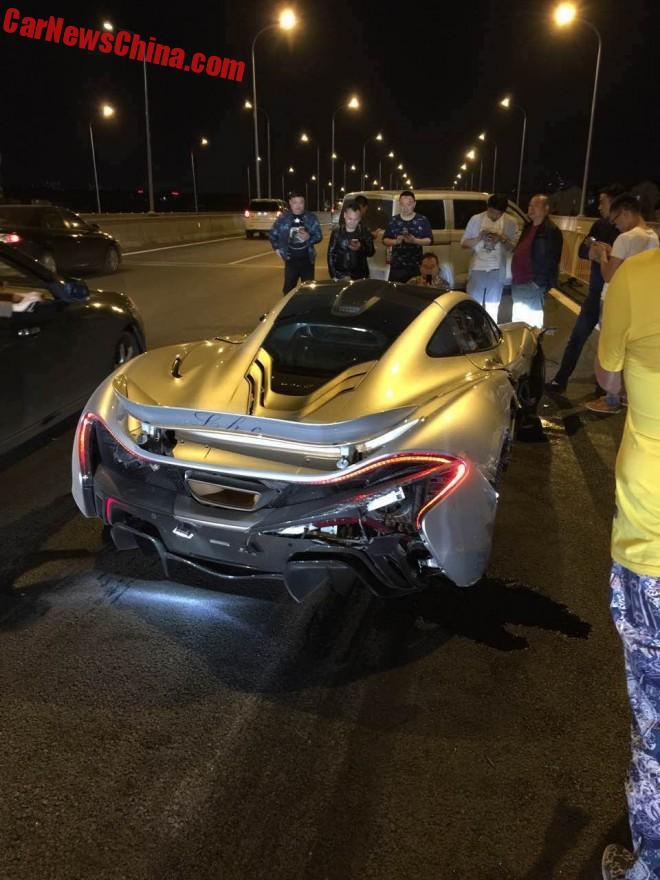 The wing was up, rubber on the tarmac, this car braked hard! There are letters on the wing writing Lhe, likely the initials of the unfortunate owner. 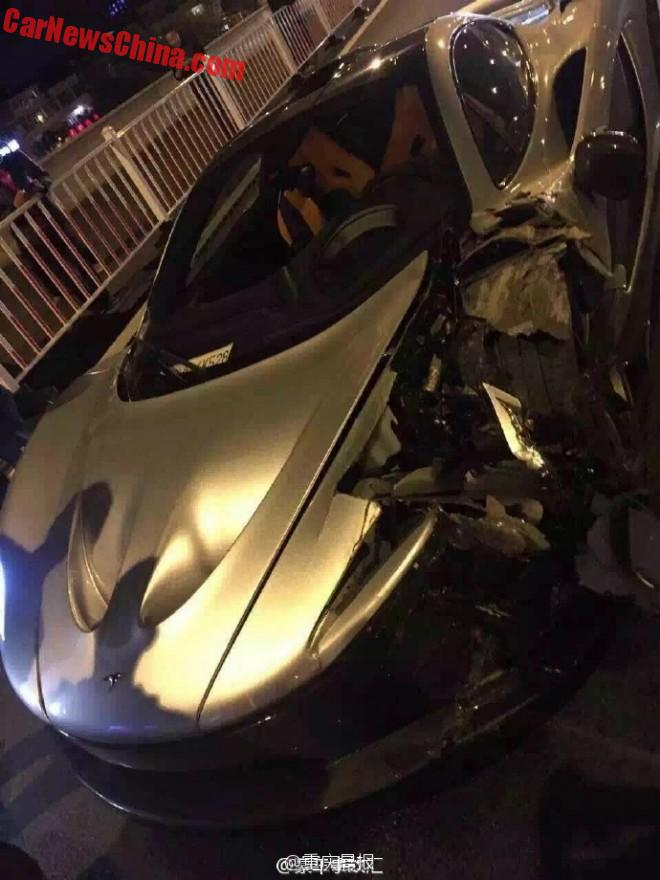 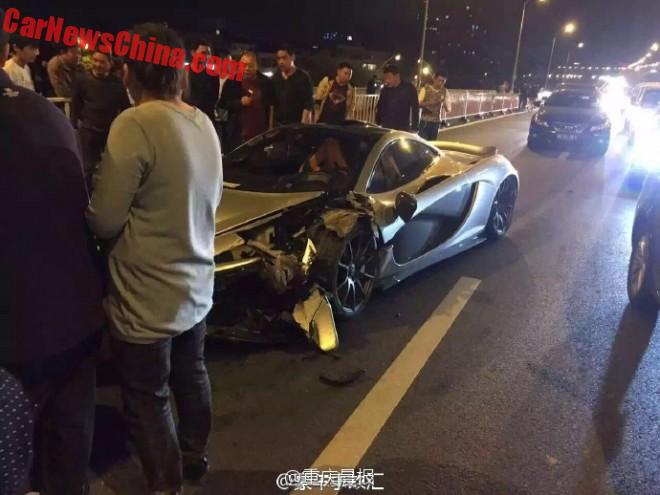 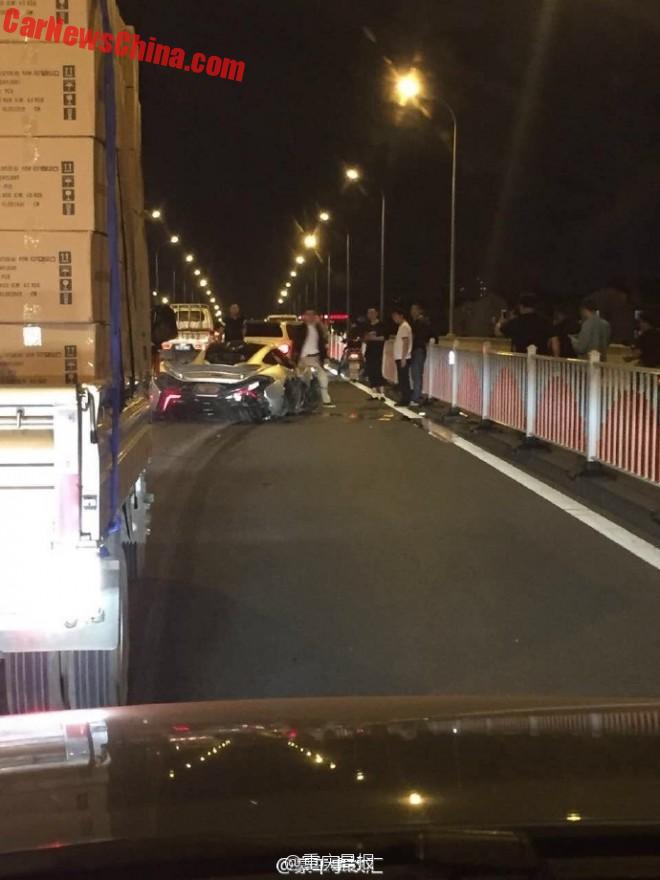 Tire tracks point to the right side, debris near barrier hints at an impact. 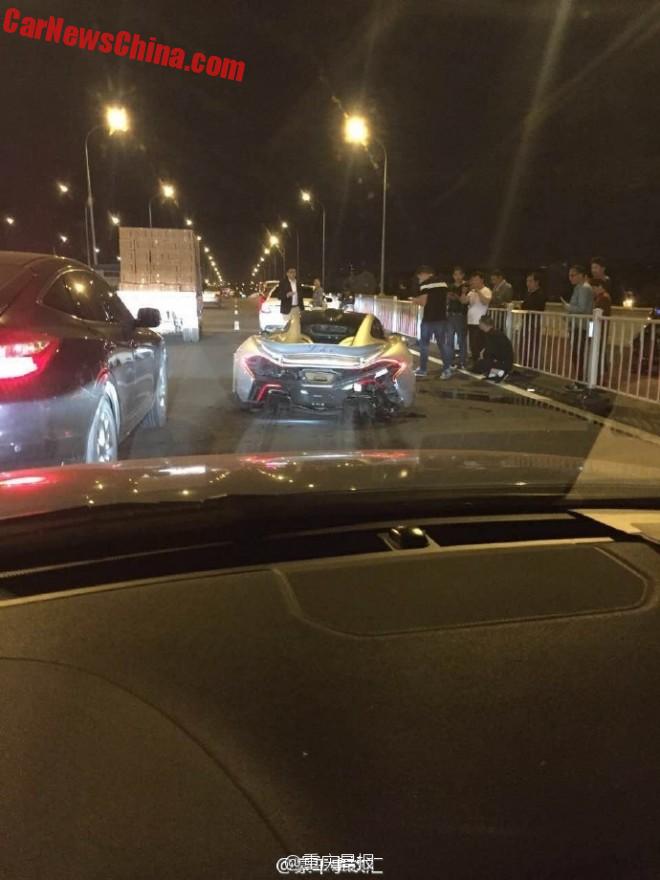 Fluids too point at a crash into the barrier. 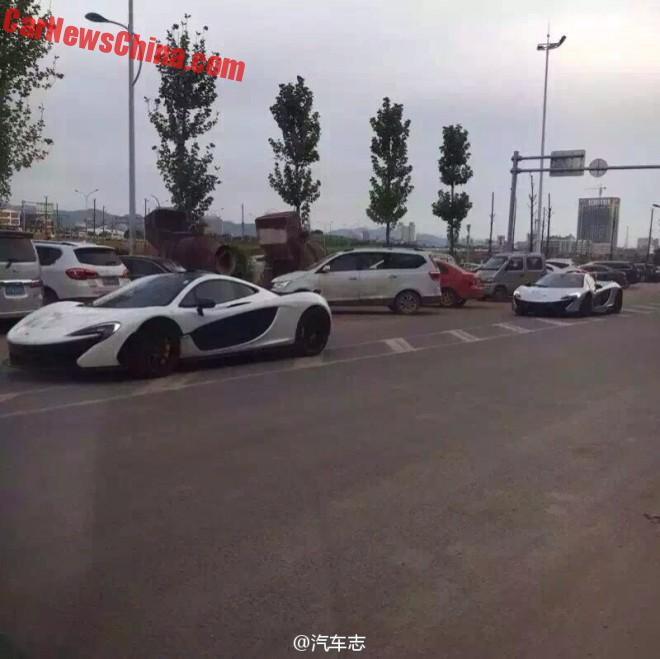 The gray car, on the right, in better times. White car is another unknown.