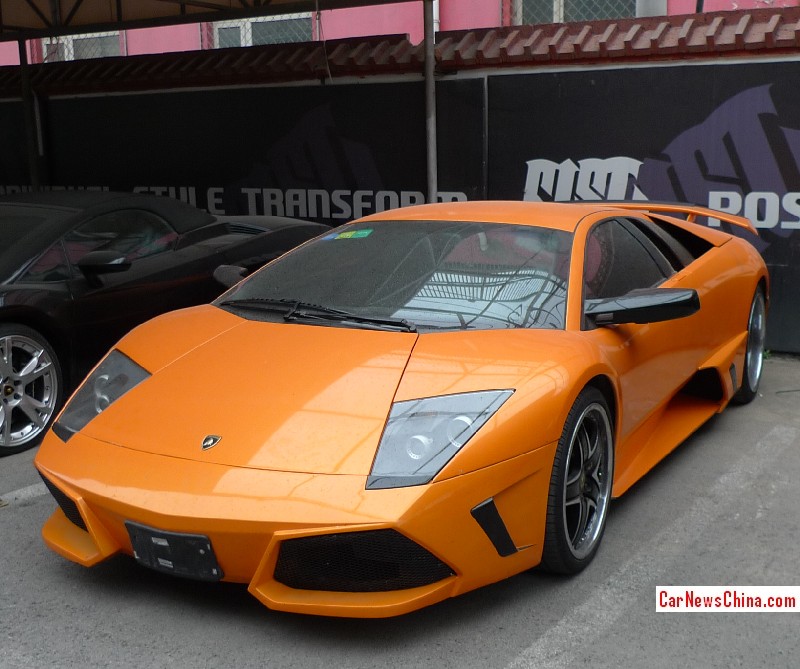 A very angry and very flashy Lamborghini Murcielago, seen on the Beijing Tuning Street in the east of the capital, parked next to a black Lamborghini Gallardo Spyder. The LP 640 is painted in bright green and much further sexed up by extra carbon fiber parts, giant racy tires with 5-spoke alloys and red brake pads, and a big wing on the back. 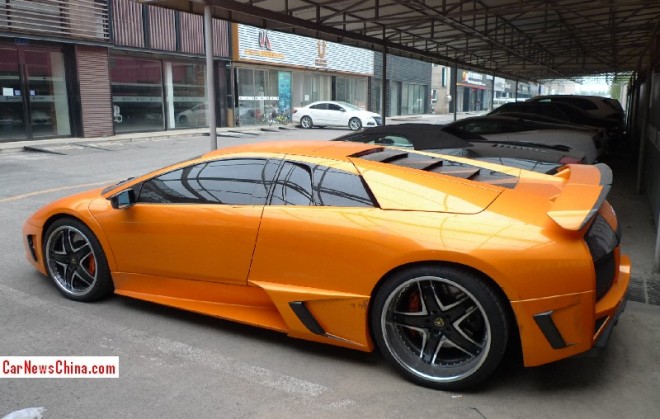 Check that rear tire! Anything bigger won’t fit… Carbon lip on wing for extra-extra down force. Rear lights in black for more cool. Extra sorta wing sticking out below the air vents. Must be the work of some tuner, likely German, but I didn’t see any name or badge on the vehicle. 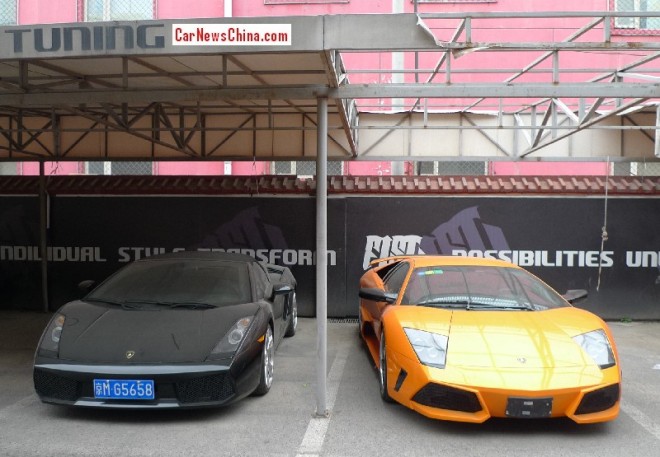