Visit To The Hongqi Factory Museum In Changchun, China. Part 3; The Cars That I Didn’t See 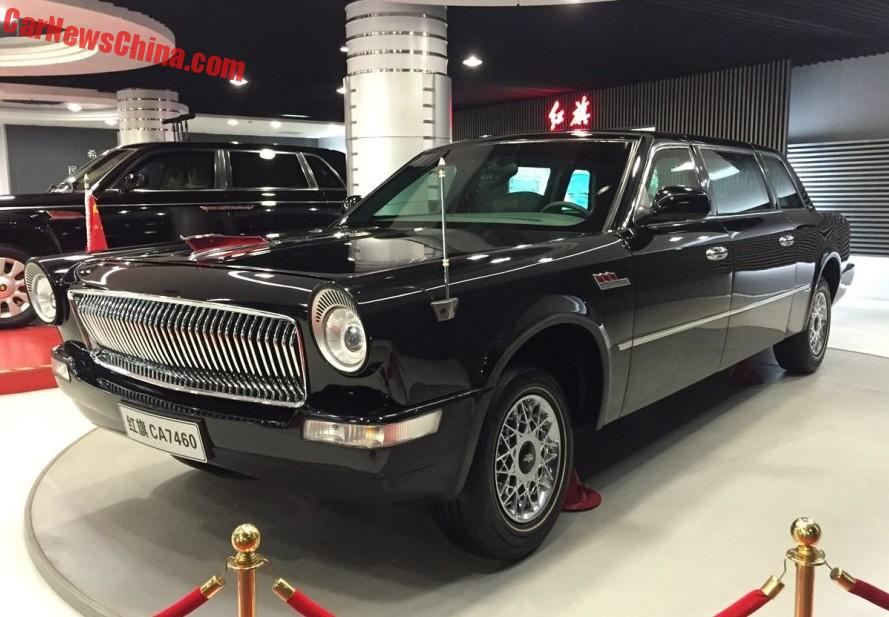 Back in July I went to the Hongqi Factory Museum in Changchun, a beautiful place with beautiful cars. See Part 1 with intro here and Part 2 here. The museum usually has 16-20 cars in display. Only six are permanently displayed and the other cars rotate. Today we take a look at what I didn’t see.

Hongqi, or Red Flag, is China’s oldest and most famous car brand. It is owned by First Auto Works, or FAW. Hongqi was founded in 1958. Today the brand makes two production cars: the Hongqi L5 and the Hongqi H7.

Starting off hot with a car called the CA7460:

The 2007 CA7460 was a concept for a successor of the famous Hongqi CA770. It has a retro front and a retro rear. It was based on the third generation Lincoln Town Car. Hongqi made an entire series of cars based on the Town Car, but there were really no more than rebadged Lincolns. The CA7460 retro limo was going to change that. Sadly, it didn’t happen. It remained a one-off and the CA770 was only succeeded by the 2010 Hongqi CA7600L and its smaller sister the Hongqi L5. 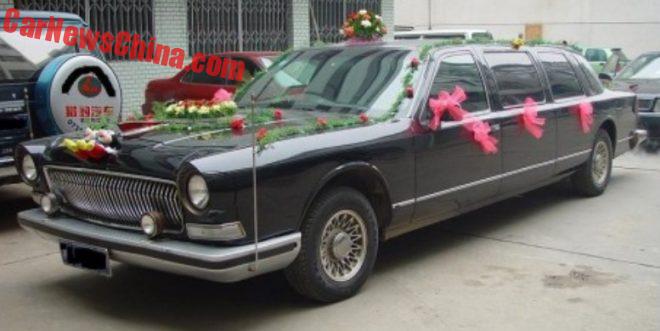 Interestingly, Hongqi did make a small series of a Lincoln based retro sled before. This is the CA7465 C8, based on the second generation Lincoln Town Car. At most a hundred were made between 1995 and 1997, but it never became a success. These days most are gone and dead, and the few that survive are in the hands of wedding companies and the like. 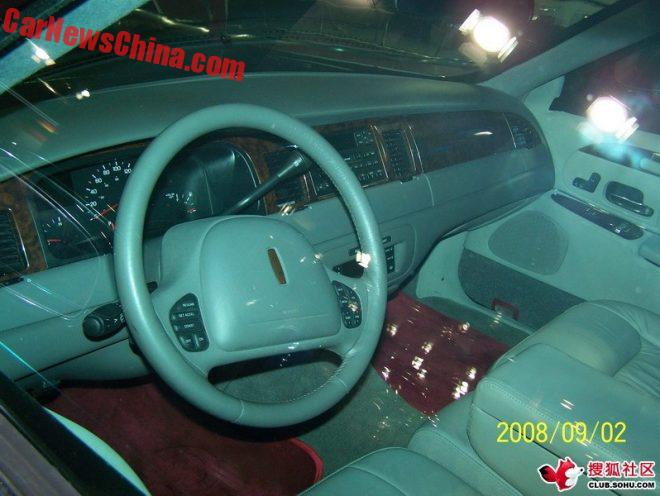 The interior of the CA7460 concept. Hongqi left the Lincoln dashboard intact, just changed the badge (but not the shape of the badge) and added red carpets. 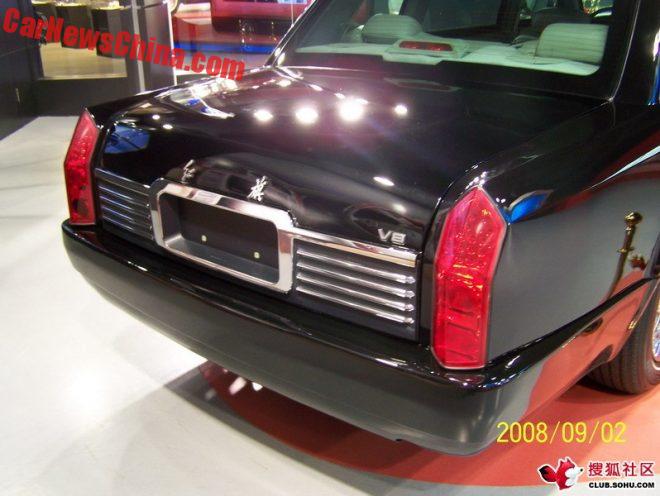 The rear with a V8 badge, for the Ford 4.6 liter, and fiery red lights. The design of the rear was later largely incorporated in the rear of the Hongqi L5. Compare: 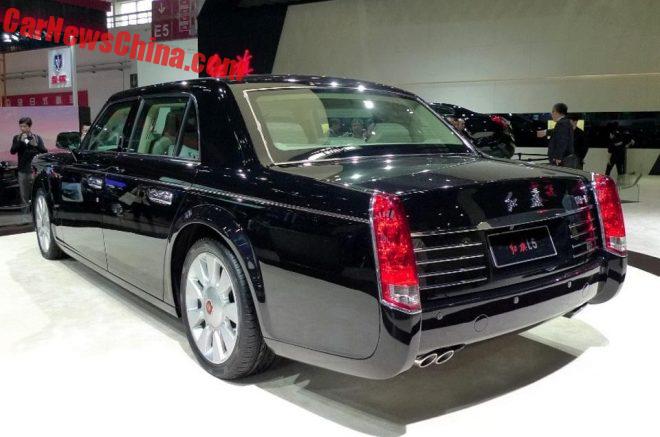 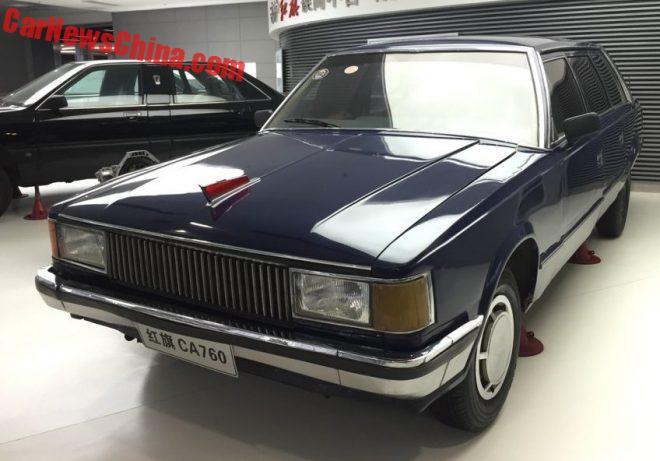 Next up is this beautiful blue Hongqi CA760. It was a one-off concept for, again, a successor of the CA770. The CA760 was manufactured in 1984 was was actually used for a while by the Chinese government. It has three rows of seats and was a full 5.2 meters long. Power came from a 146hp 3.2 liter six-in line. 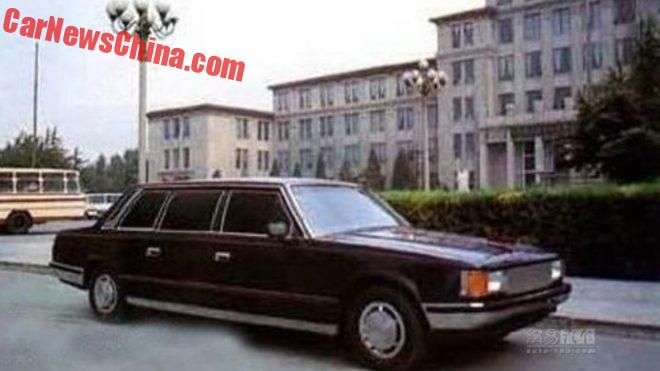 Back now for a sec to the CA760, seen here in black on a doctored photo for a FAW brochure. 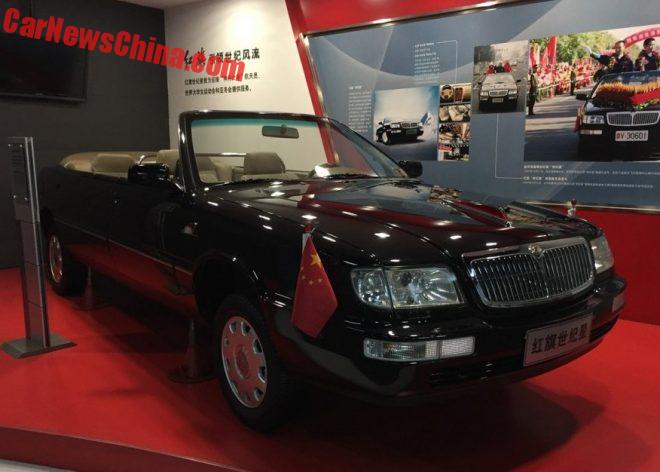 And this is one of my favorite Hongqi’s of all time. This is the CA7202E3-L, an open-top extended-wheelbase parade car based on the CA7202E3 Shijixing (Century Star). They were made in a small series for the government and the army. This particular black car is extra special because it was used to parade the astronauts from the Shenzhou VI mission through Beijing in 2005. 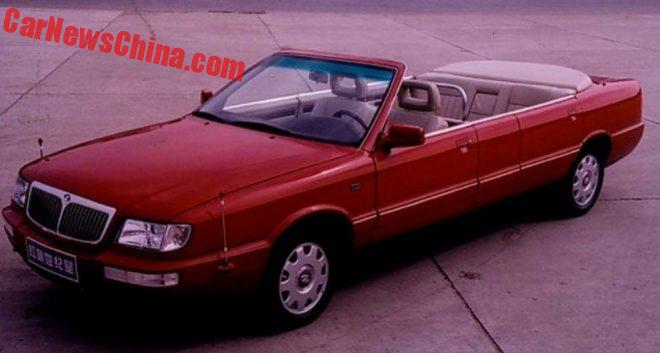 Period factory photo of a red example (with babes). 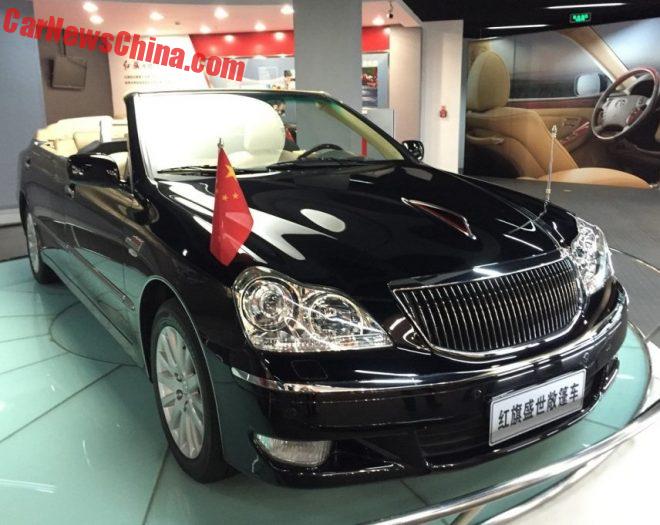 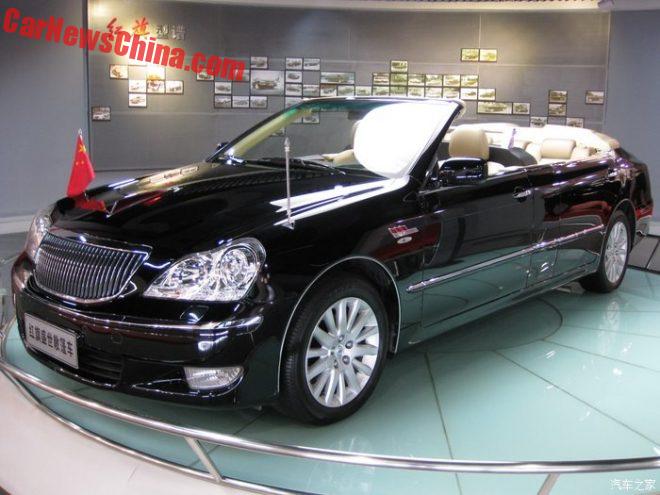 The transformation started with deleting the entire roof, and continued with stretching the car by 30 centimeter, strengthening the windshield, adding a parade handlebar, and putting flags on the fenders. A beautiful parade car! Only one was made but at least at was used twice, as far as we know, before it was shipped off to the museum. 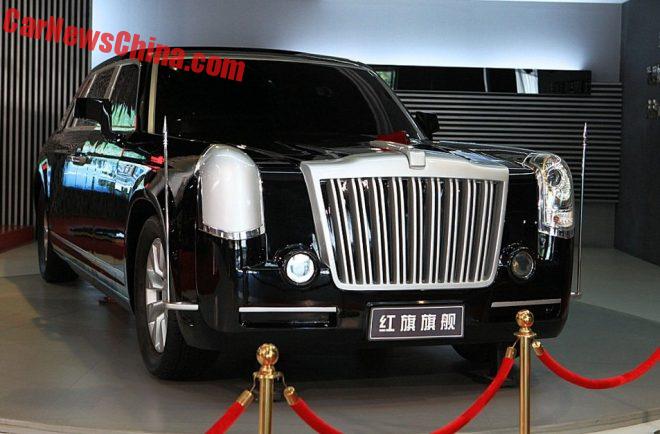 This is now a real car but a design model for what would eventually become the Hongqi HQD concept car It has typical model elements like head and fog lights that differ. 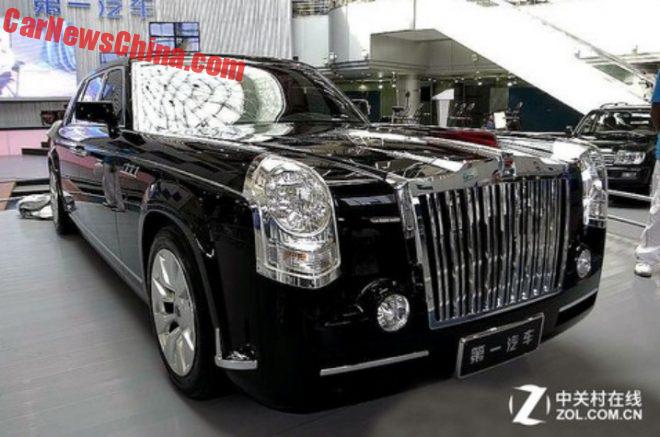 The fully finished Hongqi HQD concept car, it debuted in 2005 and was once again a study to the successor of the CA770. It literally kept them busy for decades! The HQD, later renamed HQE, came actually quite close to production. It was seen testing all the way until 2012, or two years after the debut of the CA7600L. In the end Hongqi decided the HQE was a tad too radical for the brand. 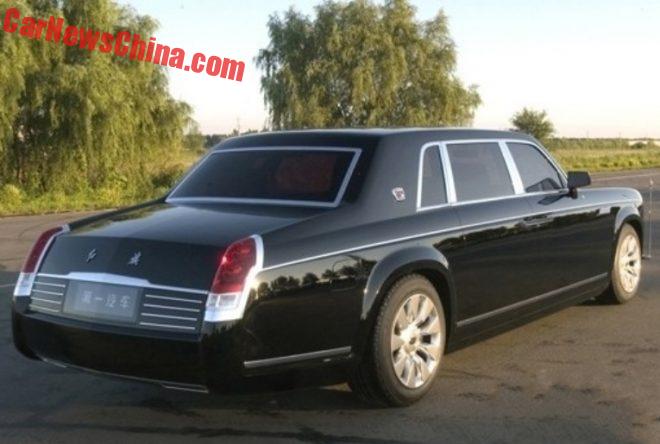 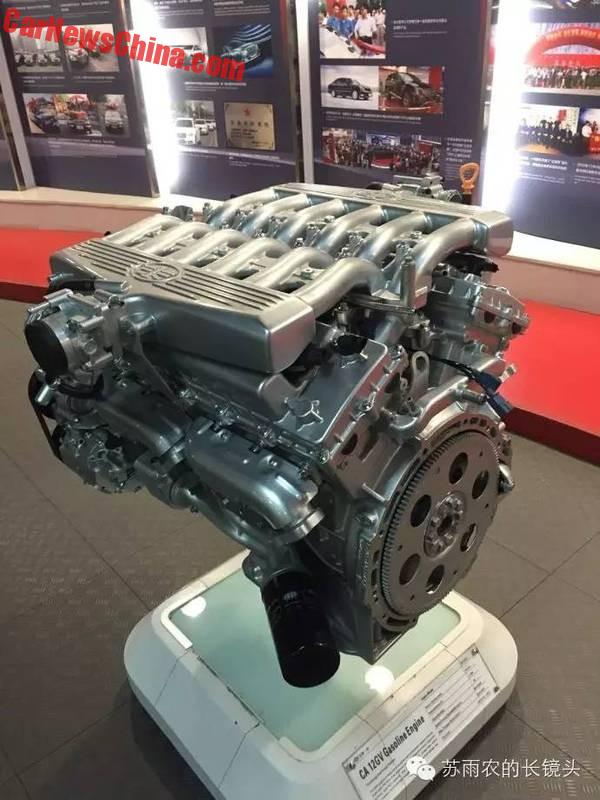 A model of the 6.0 liter CA12GV engine, the V12 that powered the HQE and powers the L-Series, including the parade cars and the aforementioned L5. Output is 408 horsepower and 550 Newton meter. It is still not entirely sure where Hongqi got the engine from. Some say it looks very much like the BMW E38 M73B54 V12, but they are not exactly the same. If you know more please let me know in the comments. 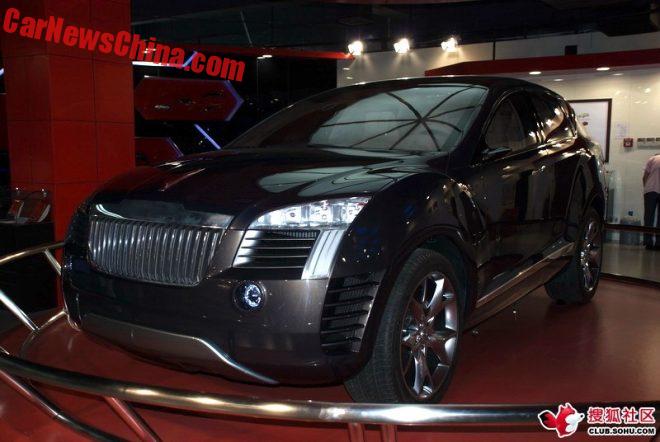 The 2008 Hongqi SUV concept, it debuted on that year’s Beijing Auto Show and caused quite a stir, looking as crazy as a bat. It was almost five meters long and it was powered by the 6.0 V12 engine. The Hongqi SUV, it didn’t have a real name, was in fact thee first Hongqi with the V12 under the bonnet. 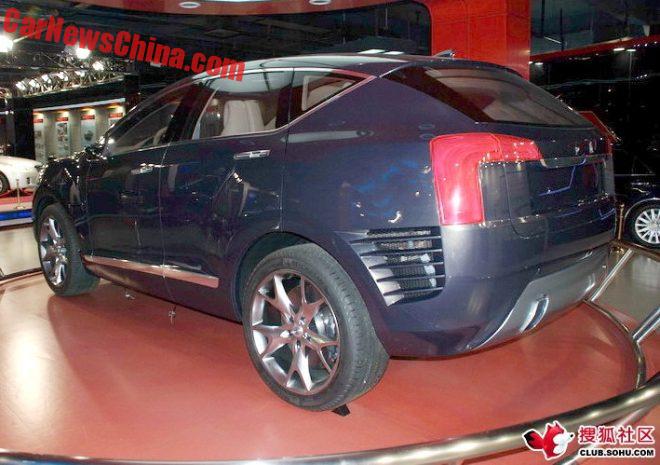 In the end Hongqi didn’t make this SUV, it too was deemed too radical. A much less exciting looking Hongqi LS5 SUV is currently under development and will launch next year, powered by a twin-turbo V8. That will be 2017, a full eleven years after the concept. 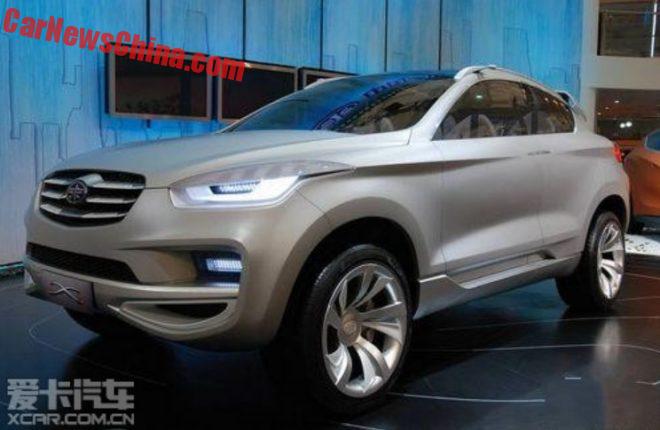 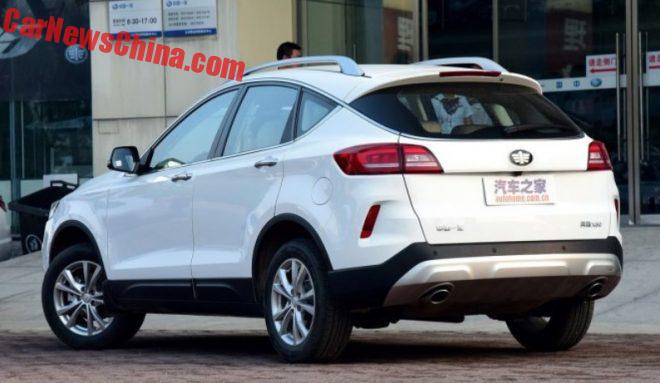 … the 2013 Besturn X80 SUV. Compare roof line and especially the design of the D-pillar with the 2008 Hongqi SUV concept; they are nearly the same. 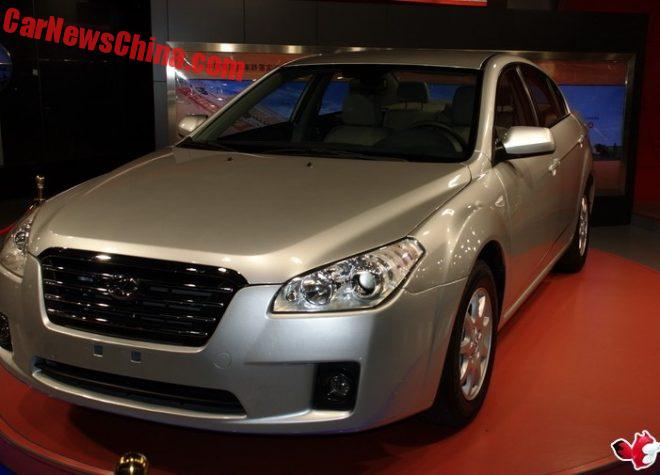 And we end this story with the Besturn B50, the only Besturn that has ever been shown in the museum. This is an original first-series example build in 2009. The B50 was facelifted in 2013 and succeeded by an all new model earlier this year. History in the making indeed.

That’s it for now but this article has an open end. If I find more cars that I haven’t seen I will add them to the story. More to come, we bet…