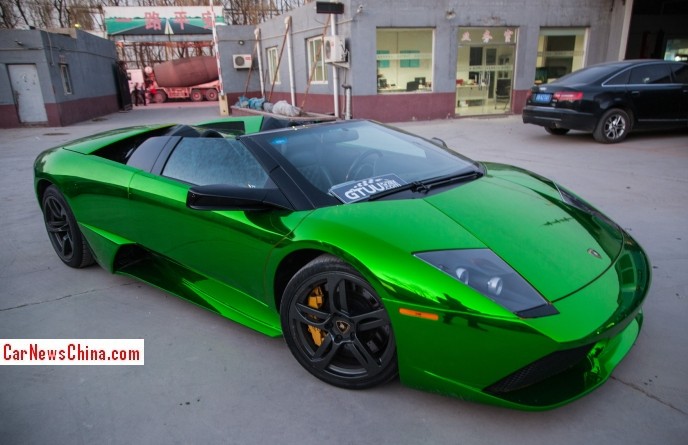 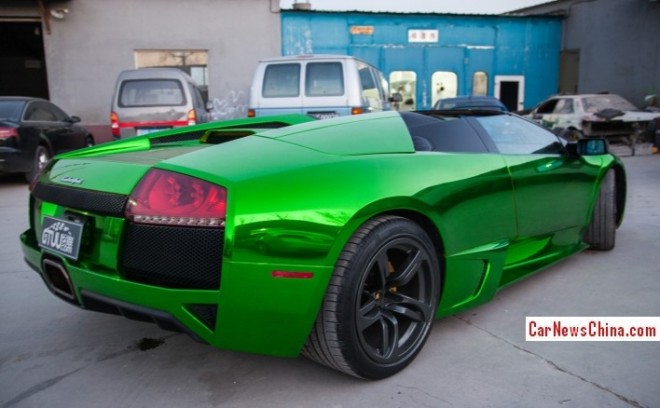 The wrap is of the highest quality and skillfully applied over the bumpers. This particular car normally resides in Guangdong Province in the deep south of country but was in Beijing for some party and a very hot (NSFW) photo shoot for our favorite tuning website GTUU. 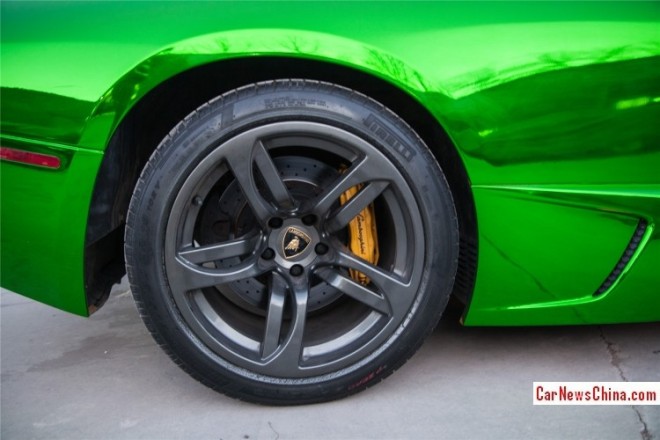 Beautiful detailing there! The Lamborghini Murcielago LP 640 Roadster debuted in 2006 and production continued until 2010. Power comes from a screaming 6.5 liter V12 with 650hp and 660nm, sending power to all four wheels via a 6-speed ‘e-Gear’ automated sequential transmission. Top speed is 338km/h and 0-100 is gone in 3.1 seconds. Shiny Green Lamborghini Lightning! 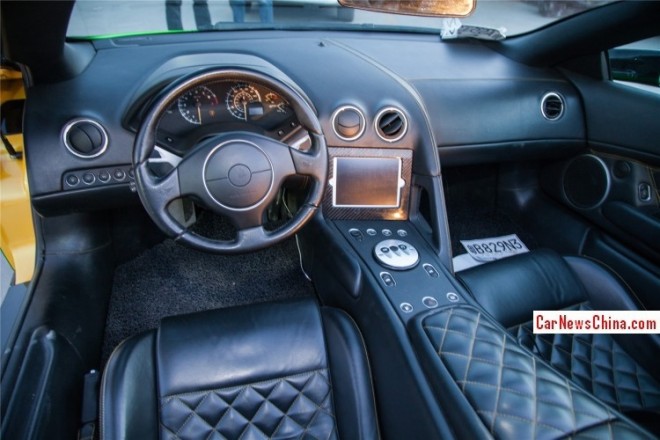 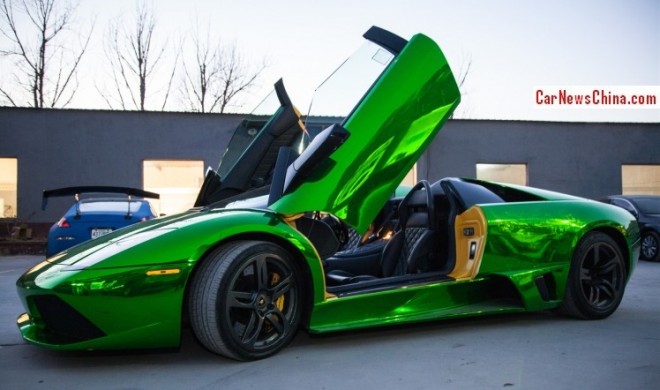 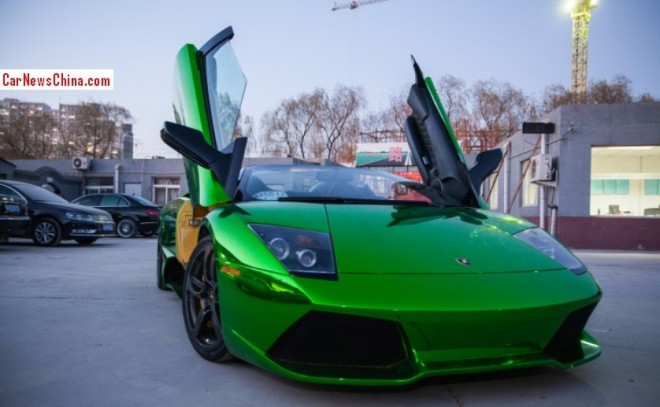 The mighty Murc is still King.