Porsche 911 is Dusty with a License in China 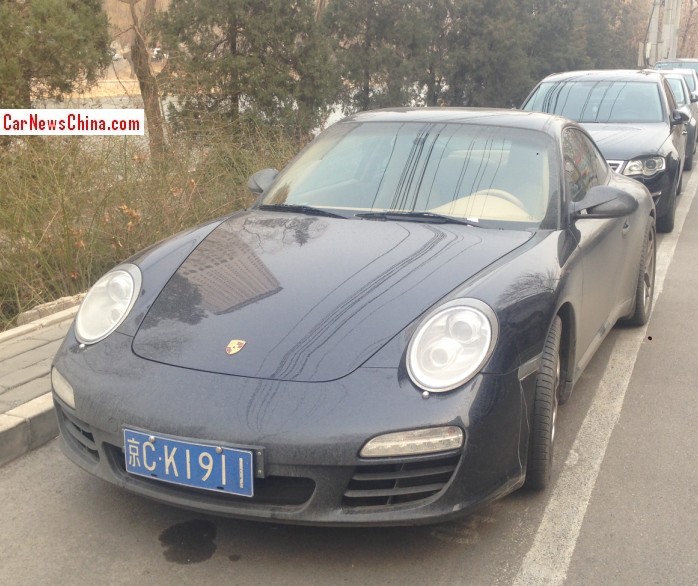 A black Porsche 911 Carrera, Spotted in China in the Sanlitun embassy area in Beijing. The speedy Porsche is covered in a fat layer of dust, showing it doesn’t sleep under a rood very often. The license plate is very dusty too but we can still read K1911, and that is one of the best license plates we have seen on a Porsche 911 in China so far. 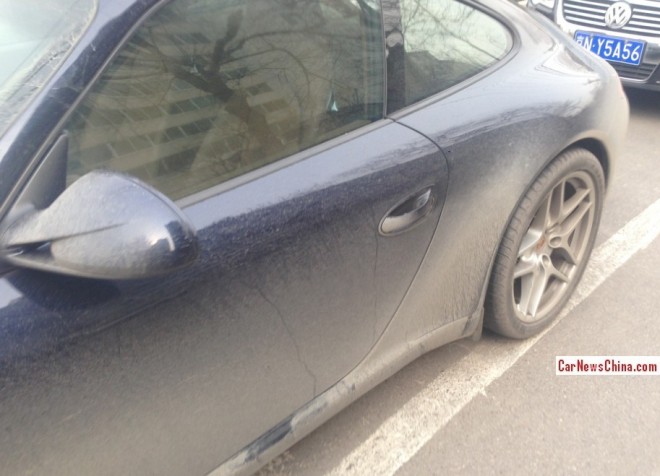 All that dust isn’t very good for the wheels and brakes, this good Porsche urgently needs some water! The 997 Porsche 911 Carrera is powered by a 340hp 3.6 liter flat-six, good for 290km/h and a 0-100 in 4.7 seconds. Very fast, but clearly not fast enough to shake off this dirt. 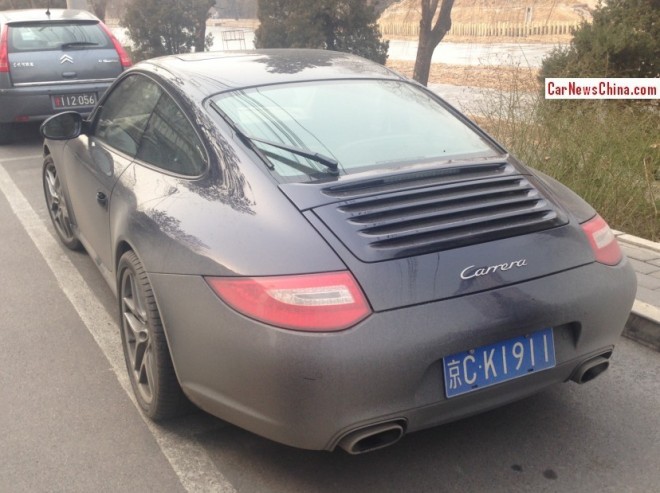