Inside a Secret Supercar Garage in Beijing, China 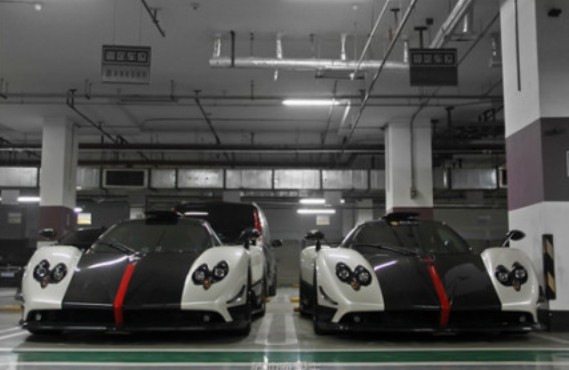 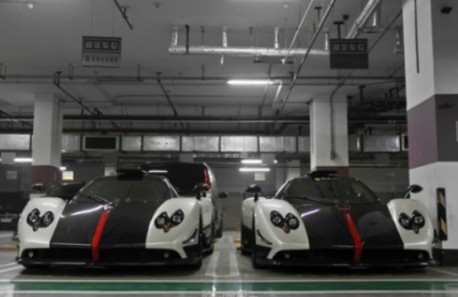 Today we take a look at one of the most fascinating supercar collections in the world. The cars are parked in a well-guarded underground parking garage in central Beijing, and all belong to one owner who is particularly fascinated with Pagani.  On the first pic two identical Pagani Zonda Cinque hypercars. We knew they existed and we did meet one of them before, but this is the first time we see these monsters in one pic together. 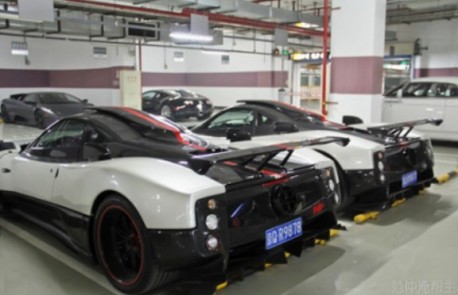 Pagani officially states only 5 Cinque (meaning ’5′ in Italian) coupe’s have been build but they almost certainly have made a few more. The Cinque debuted in late 2009 for around 1.9 million dollar. 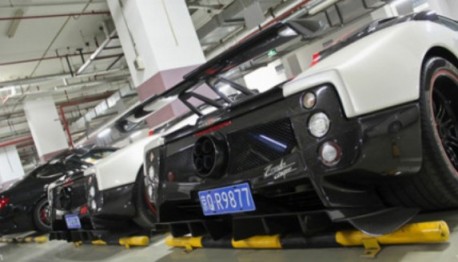 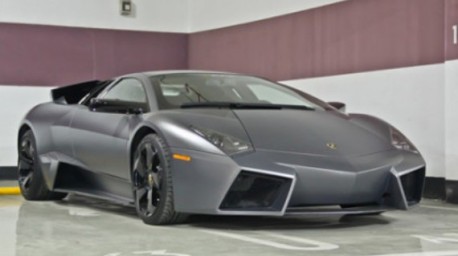 The Lamborghini Reventon, based on the Murcielago. Only 21 were built and this is the very first Reventon we see in China (almost). Power was the same as on the base LP 640; 630hp and 660nm. 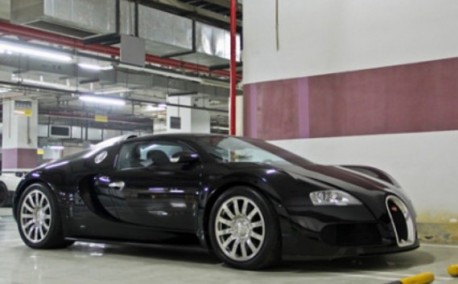 Bugatti Veyron, the best supercar in the world, by far. 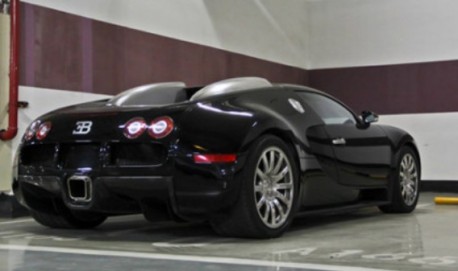 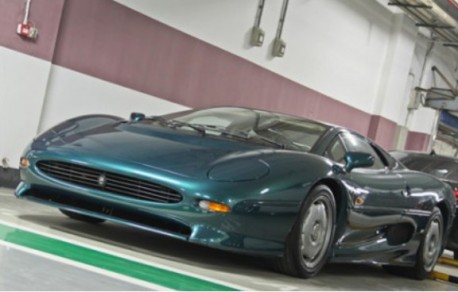 And that is a nice surprise. A fantastic Jaguar XJ220, the fastest and most famous supercar of the 1990’s. This very car arrived in China in June last year, with the Reventon and a few other supercars that apparently went elsewhere. The XJ220 was made from 1992 until 1994, total production was 281 cars. Power came from a maniac twin-turbo 3.5 V6, good for 542hp and a massive 645nm. This green example is the only XJ220 in China as far as we know. 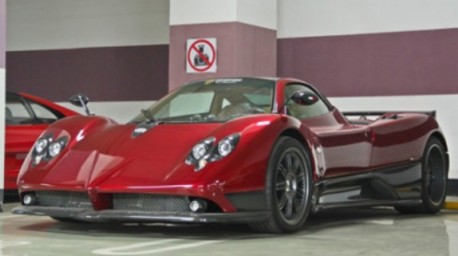 More Pagani, exactly the same car again, in red & white. There seems to stand a classic Ferrari on the left, 348? 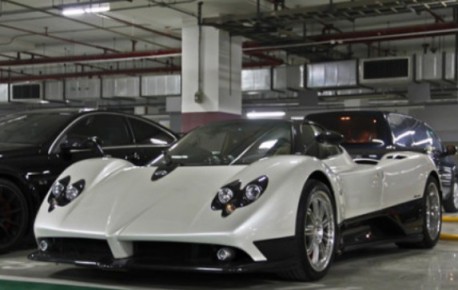 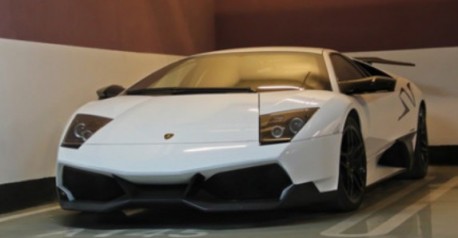 Lamborghini Murcielago SV. The fastest variant of the Murcielago, faster even than the Reventon, which was baiscally not much more than a bunch of extra plastic. The SV was a real purpose built racer for the road. Power came from a mighty V12 with 661hp and 660nm, good for a 336 km/h top speed when the ‘Aeropack’ wing is fitted, as it is on this car, without the wing top speed would be 342km/h. 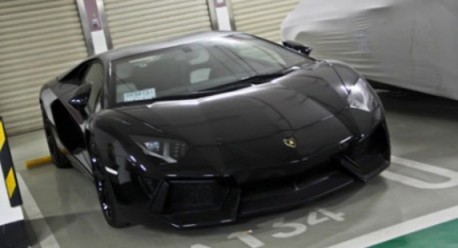 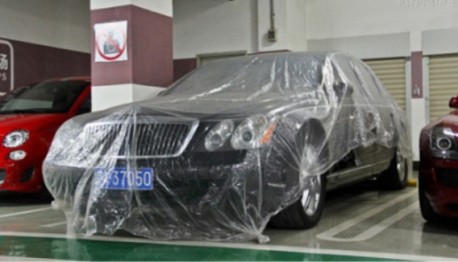 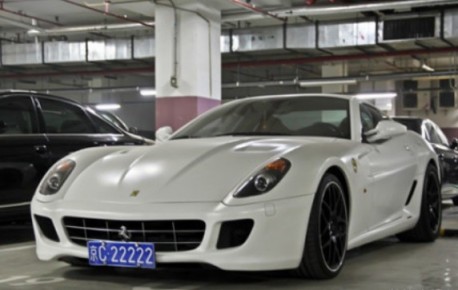 The only Ferrari in the collection, a white Ferrari 599 with a coolio license plate. 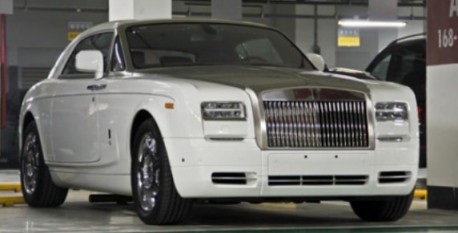 Rolls-Royce Phantom Coupe, not very popular in China where buyers prefer four doors for a Roller. This is the very first Coupe we meet, earlier on we met our first Drophead Coupe. 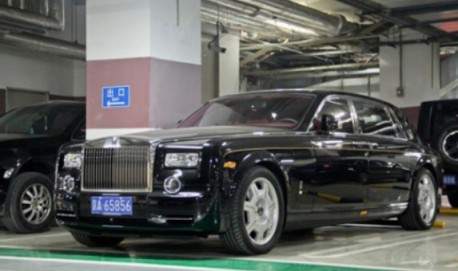 Rolls-Royce Phantom EWB, that’t more like it! Rolls-Royce likely sells more EWB variants in China than anywhere else in the world. 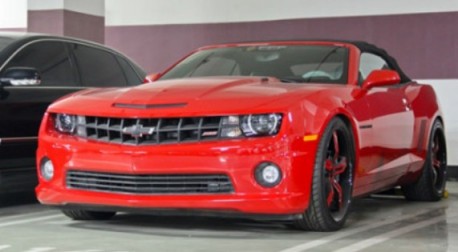 Chevrolet Camaro Convertible with a Hennessey body kit, very rare in China. We can’t see under the bonnet but Hennessy can tune up the V8 to a mad 1000hp! The Chevrolet Camaro is officially imported into China, but only as a Coupe. Buyers who want the convertible have to go gray-market. We have a small collection: matte gray, Transformers Edition, second generation, in gold, Manchester United, with babe, police, red SS, old convertible, only yellow. 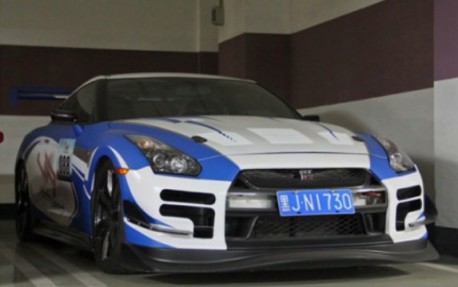 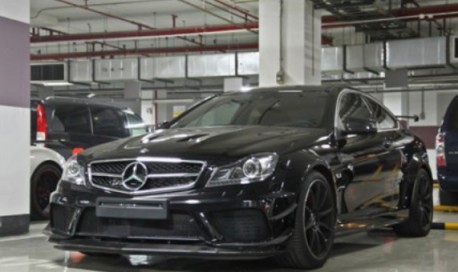 Wadda collection! But a lot more happened in China’s supercar paradise over the weekend. Soon…