Wuhan Super Car Club meets in China, with some Metal 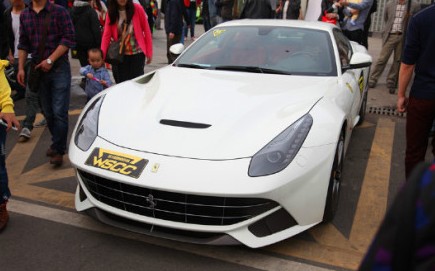 More supercars! Amazing pictures from a meeting of the Wuhan Super Car Club, or WSCC, in the great city of Wuhan in Hubei Province. The meeting started late afternoon on a public square, with children & charity and such, and then moved on to a raunchy club called ‘Muse’. Whatever they do, we got the cars… 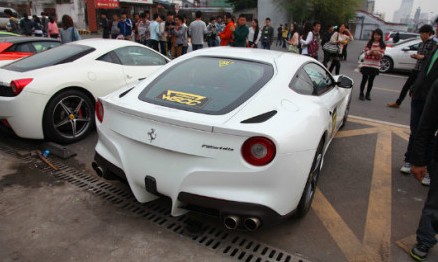 On first and second a white Ferrari F12berlinetta, the sixth Ferrari F12 we see in China and the second in Wuhan, earlier on we met a dusty red car in town. The other four: red in Wenzhou, blue example in Xiamen, another red car in Guangzhou that later crashed, a black car in Chengdu, and a truck full of the things on a highway near Shanghai. Next to the F12 a white 458. 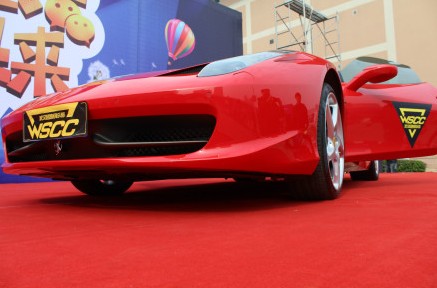 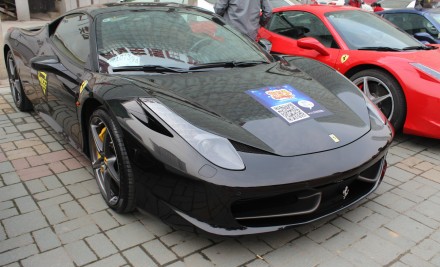 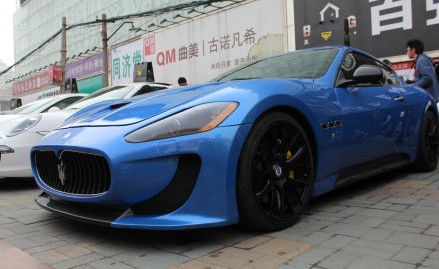 The mighty DMC Maserati Gran Tourismo Sovrano, earlier on we saw a similar car, or is it the same, in the great city of Hangzhou. That car was for sale when we met it, so maybe it went to Wuhan. DMC added some power, now 590hp and 472nm. 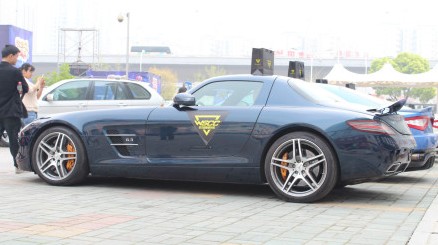 Mercedes-Benz SLS AMG, a hugely popular supercar in China, Benz could sell the whole production here if they wanted to. Chinese car buyers love BIG. The SLS has a big bonnet, big wheels, a big wing and above all a big engine. Our collection: yellow or green, gold, with babe on bonnet, purple, pink, bag trousers, pink-silver, bling (scroll down), crash,  Mansory Cormeum, and one with extra head lights. 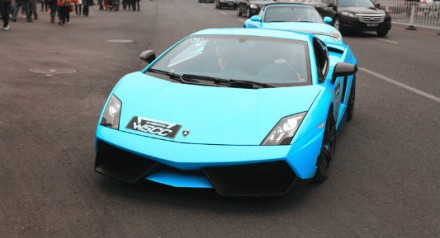 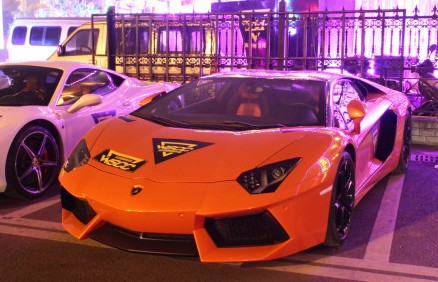 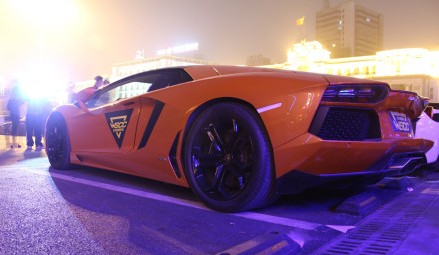 Wuhan, is too small for the Aventador. 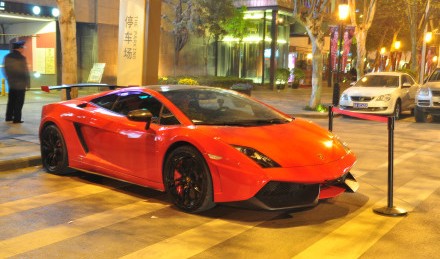 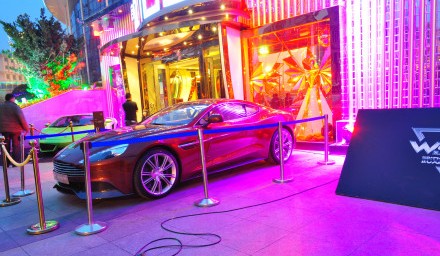 An Englishman is hiding behind the fence. That is a Aston Martin Vanquish, only the third example we see in China. Earlier on we met a blue car in Shenzhen and a red car in Guangzhou. 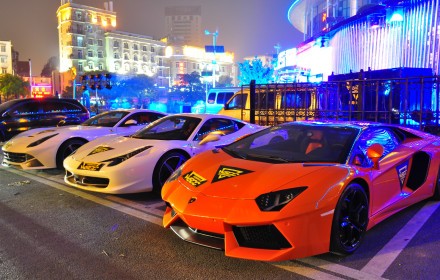 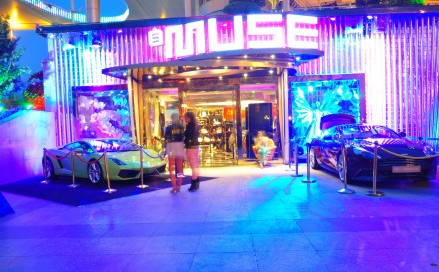 Babes get all hot from 2014 Gallardo, ignore old Brit.